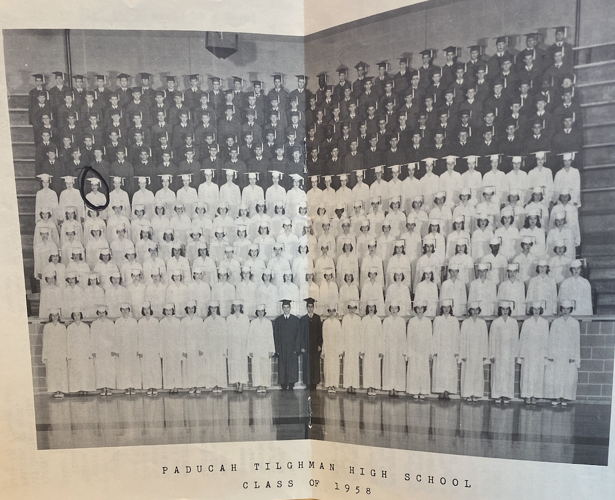 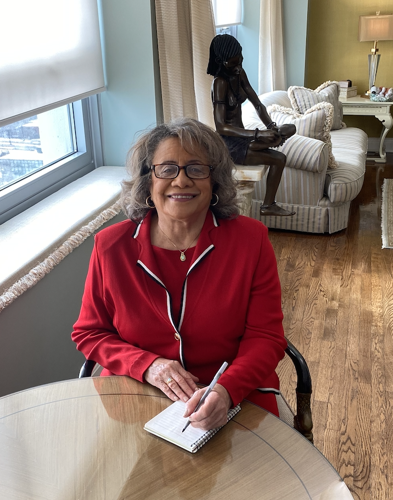 This article is dedicated to my son, Timothy Clarence Gray (1967-2016), who always strongly encouraged me to tell my story.

On September 25, 1957, nine African American students arrived to integrate Central High School in Little Rock, Arkansas, under the protection of the National Guard. There were volatile public protests, including adults blocking the schoolhouse door.

On November 14, 1960, at the age of six, Ruby Bridges became the first African American child to attend the all-white William Frantz Public Elementary School in New Orleans. She had to have the protection of the federal marshals to insure her safety because of the angry mobs.

Both the Little Rock Nine and Ruby Bridges played significant roles in the integration of schools after Brown v. Board of Education. Their courage, determination and sacrifices are to be commended. Their contributions to the integration of schools have earned them a place in history as heroes. They are deserving of the books and documentaries that have been written about them.

There were other heroes who came before the Little Rock Nine and Ruby Bridges whose experiences were just as impactful, but their stories did not appear newsworthy enough to be told. There were no National Guard dramatics, no dogs sicced on the students trying to attend and no hostile adults blocking the schoolhouse door. These heroes were exposed to a different kind of experience: indifference, isolation, unworthiness; exclusion, and a feeling of being invisible. I call these students “The Invisible Heroes.” I was one of them.

In September 1956, I, along with four other African American students who were high school juniors, integrated Paducah Tilghman High School. Another student enrolled the following year. Although this integration occurred before the two previously mentioned events, it did not make the news or find a place in history.

I attended Lincoln High School and loved it, despite the lack of physical amenities that the all-white Paducah Tilghman had. Many of our books were used and were given to us when the Tilghman students got new ones. None of these inequities made us want to leave Lincoln. We had lots of extracurricular activities. Black history was part of our curriculum. Most importantly, we had teachers who loved us and were committed to giving us the best education possible in spite of the inequities.

I was very popular at Lincoln, with lots of friends. I was in a number of extracurricular activities. I was one of the youngest students ever to be elected Miss Homecoming by popular vote. None of my friends nor I ever thought of leaving Lincoln.

My dad was a member of a civil rights organization — the NAACP. He informed me that I would be attending Tilghman in September as part of a desegregation project. I was vehemently opposed to this decision. I couldn’t imagine not graduating from Lincoln.

But on September 4, 1956, I was one of five African American students who made history by enrolling in Paducah Tilghman High School.

My time at Tilghman

The message to the African American students from the adults at the school, with the exception of the Spanish teacher, was quite clear: Come to class and go home and remain as invisible as possible. We complied.

The school principal asked the African American students not to come to the junior prom. He said that the school was not ready for integrated socializing. We complied.

Interestingly, when we returned to Tilghman for our 25th class reunion, many of our classmates were shocked and angered that this had happened to us. They said that they were not aware of any of this, and they thought we didn’t want to participate with them in extracurricular activities or social events. What was left unsaid was that there was very little communication between the white students and us.

The school’s second dilemma was what to do with us around the graduation activities — senior prom and senior dinner. The prom was at the school, so we were invited to attend. The major concern was the senior dinner, which was held at the prestigious Irvin Cobb Hotel, where African Americans were only permitted as workers.

The hotel said the African American students couldn’t come. The NAACP said we were attending or they would hold a public protest. The hotel offered a compromise, allowing us to come but to eat in a separate room close to where the waiters ate.

The NAACP again said that was not acceptable. Not wanting a public protest or bad publicity for the city, the school and hotel reached an agreement. We attended the dinner and sat and ate with our white classmates. The most moving part of that experience for me was to hear from the African American waiters who said, as they served us seated with our white classmates, how proud they were of us.

From high school to college

May 29, 1958, I, along with the five other African American students, made history in Paducah by becoming the first integrated class to graduate from Paducah Tilghman High School. This time the news media was present.

I applied to several historically black colleges, with Fisk University in Nashville as my first choice. I got accepted to Fisk and was overjoyed.

My dad called me into the living room to talk to me. I thought that he was going to say how proud of me he was for having been accepted to Fisk. That was not at all what he wanted to tell me.

The Herald will publish part two of this story, “Integrating the residence hall at the University of Kentucky,” later this month.

Billie, Just by chance, while trying to acquaint myself with a new computer, I found your account of your high school experience! Well done, for sure. I look forward to the rest of the story of your UK experience, part of which we shared. There are so many stories that remain untold. Brava to you for committing yours to print! I am inspired. "There is no greater agony than bearing an untold story inside of you." (Maya Angelou) Jane Clay Davis

A bittersweet recollection that I'm glad is being recorded and shared.