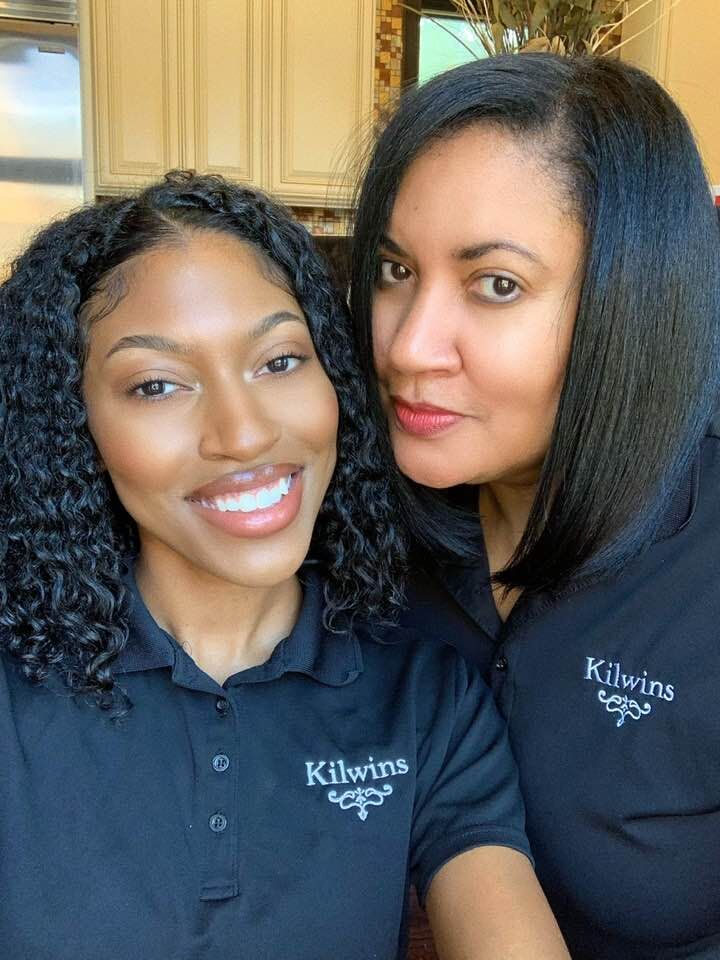 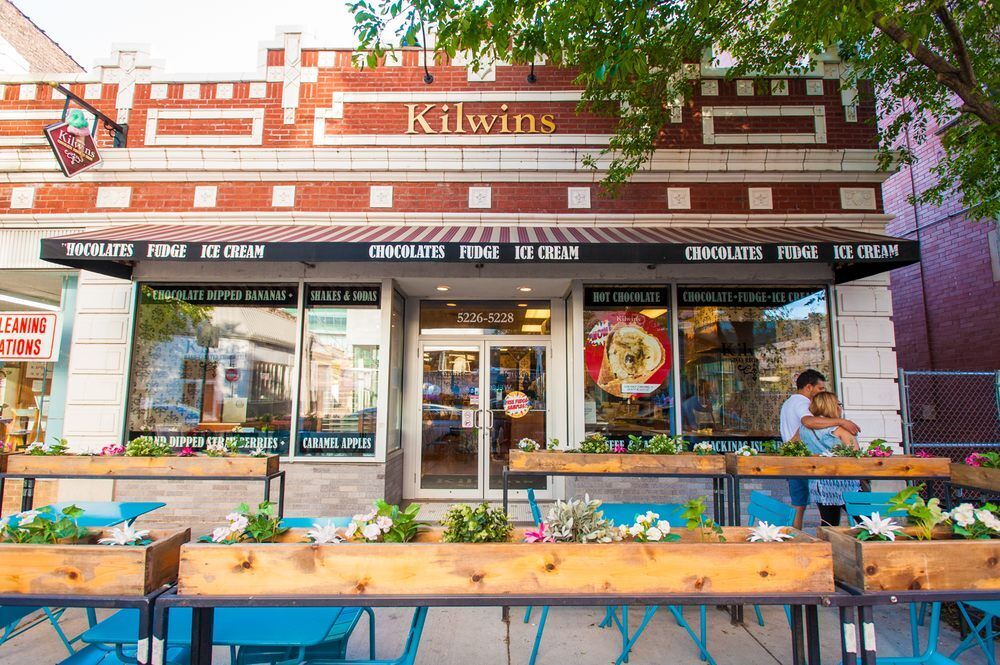 Janel Carrington Jackson has been working at Kilwins since she was just 14 years old, when she began helping out her mom, Jackie Jackson, at the handcrafted sweet shop just off 53rd Street.

“It was my first job. I was in the eighth grade scooping ice cream, and I was so excited,” she remembers.

“There were some days where I would be opening and closing the shop as the boss, basically. So that's kind of when it started for me — just having to hold it down while my mom was building,” says Janel, who began leading in-store operations when she was 15.

“I'm my mom's only child and, as an only child, sometimes you get the stigma that you're spoiled and everything kind of comes to you. But for me, my mom always made me work for what I have. And she instilled that in me.”

When Janel got her bachelor’s degree from Western Michigan University in 2016, she was given the chance to stay in Kalamazoo and work at a media company where she’d been interning. But her mom presented her with another option: Come back home and become part-owner of Kilwins, along with Jackson and her business partner, Kenneth Faulkner, who had opened the store together in 2012.

“I've seen my mom put her blood, sweat and tears into the business and it was kind of like a no-brainer for me,” Janel said. “Of course I'll move back home, of course I'm going to become the owner of this foundation that my mom built for me.”

Now, nearly nine years after Kilwins opened at the 5226 S. Harper Ave. storefront, the business is continuing to expand — opening a third location at Navy Pier this spring, as well as another restaurant franchise in Chatham.

Jackie Jackson first got the idea to bring Kilwins — a Michigan-based franchise with nearly 150 locations nationwide — to Chicago during a trip to Florida in 2008. After a career in real estate, Jackson was looking for a change in the wake of the market crash.

A year earlier, Jackson had received a memorable caramel apple from one of her friends; when she visited a Kilwins location in Florida, she realized that she had been reunited with it.

“Once she saw the long lines and everyone walking out really happy, the smells, and because everything was all original recipes, she was really intrigued with that,” says Janel.

Finding the right spot for a Chicagoland Kilwins came with lots of trials and tribulations. Jackson's first shop was located in Orland Park, then moved to Wells Street in Old Town not long after that.

“We had a lot of robberies and everything and my mom just felt uncomfortable and didn't want to keep the employees in an unsafe environment. So she ended up closing. In the midst of all that, she had the opportunity to bring it to Hyde Park,” Janel recalled.

Kilwins moved in across from the new Harper Court a year before it opened. “Hyde Park was getting ready to renovate to make it like that downtown feel," Janel remembers. "The Hyatt Hotel wasn't even there yet. The movie theater wasn't there or all the restaurants, so we were kind of the pioneers to come to the Hyde Park area.”

In 2016, the trio opened a second Kilwins location downtown, on Michigan Ave. And for the three years before it was canceled last summer, Janel and Jackson participated as vendors in Lollapalooza.

Janel is also a successful model, with gigs that have included a six-month stint in Cape Town, South Africa, and partnerships with Savage x Fenty, Miss Lola and Akira. Her modeling career took off after college, at the same time she became part-owner of Kilwins.

“I was like, you know what, if I'm going to do it, now would be the time," she said. "The beautiful part about being a business owner is you're not constrained to a corporate schedule.”

Looking forward, Janel and her mother are set to open a third Kilwins location at Navy Pier this spring. They'll also be bringing another franchise to Chicago: Fatburger, a burger chain founded by a Black woman named Lovie Yancey in 1952 and most prominent in California.

Though there's currently no brick-and-mortar location in Chicago, the chain does have a ghost kitchen downtown.

“We're focusing on Fatburger now because it's something else that’s really cool to bring to Chicago,” said Janel. The Fatburger is set to open up this fall in Chatham and operate as a dual concept restaurant with Buffalo’s Express.

For Janel who says that she can’t imagine her life without Kilwins, the business is something that she wants to pass on to the next generation. “I hope and pray that I am able to keep this in the family and pass it on to my children.”