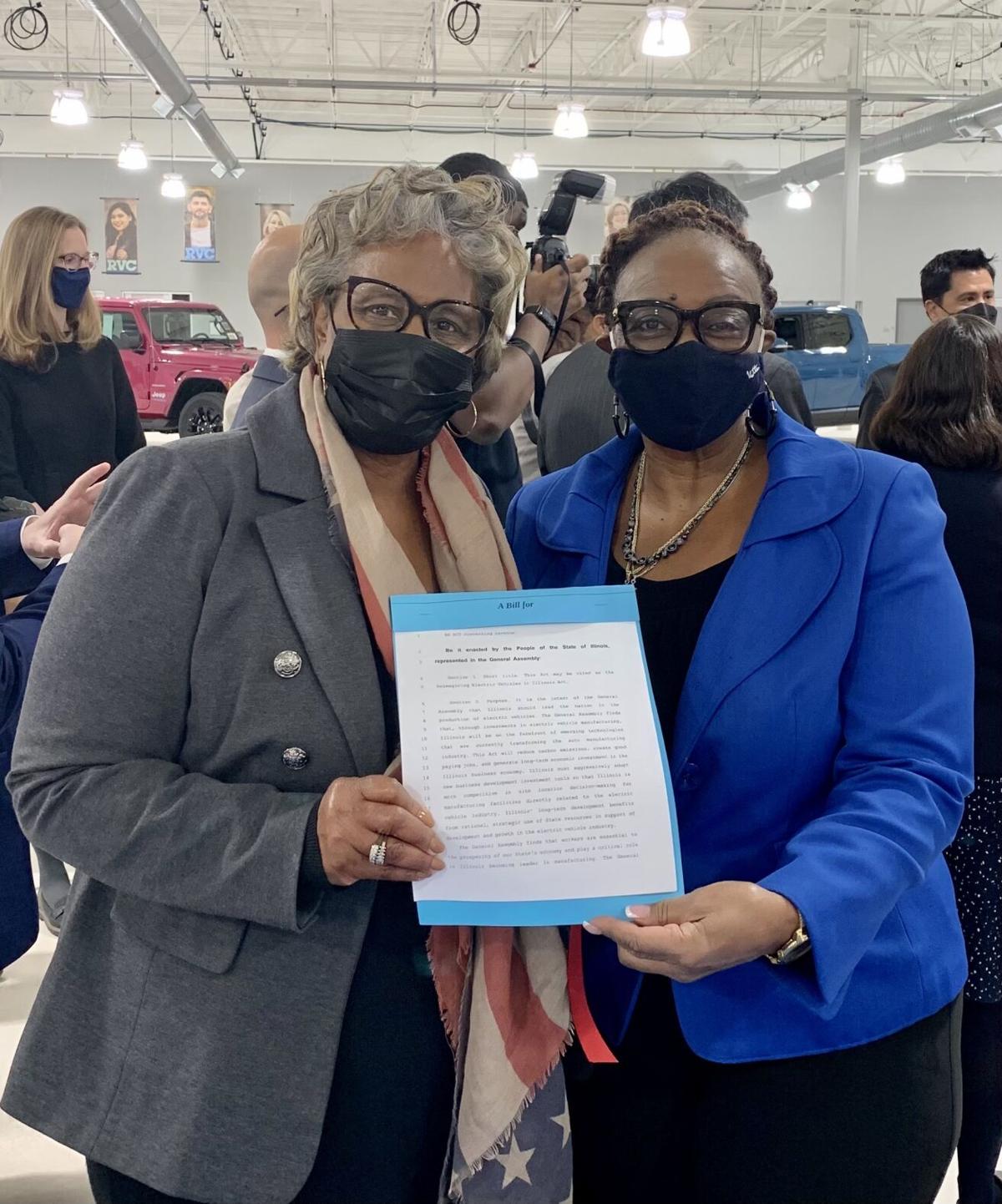 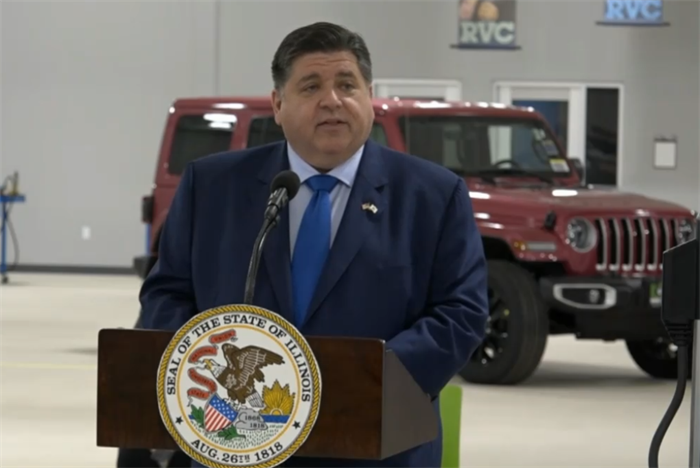 Gov. JB Pritzker speaks at a news conference on Nov. 16 at the Rock Valley College Advanced Technology Center in Belvidere. He signed the Reimagining Electric Vehicles in Illinois Act into law at the bill signing ceremony.

Gov. JB Pritzker speaks at a news conference on Nov. 16 at the Rock Valley College Advanced Technology Center in Belvidere. He signed the Reimagining Electric Vehicles in Illinois Act into law at the bill signing ceremony.

Among them is Sen. Mattie Hunter (D-3rd), whose district covers parts of Woodlawn, Bronzeville, Englewood, Back of the Yards and the Washington Park neighborhood. A nuclear energy advocate (she is national co-chair of the National Conference of State Legislatures' Nuclear Legislative Working Group) and former chair of the Senate Energy and Public Utilities Committee, told the Herald that the bill has been a long time coming.

“With this bill, we intend to attract more EV manufacturers, charging station manufacturers and automotive parts manufacturers, more than ever before, and it will help Illinois become one of the leading EV hubs in the entire nation,” Pritzker said during a signing ceremony at the Rock Valley College Advanced Technology Center in Belvidere.

The tax credits created by the new law range from 75% to 100% of income tax withheld for creating new jobs or 25% to 50% for retained employees, depending on factors such as company location and number of employees hired. A 10% credit for training expenses would also be available.

Tax credits for construction wages and building materials are also included in the bill.

The added incentives complement Illinois’ other advantages when it comes to manufacturing, Pritzker said, but they are needed to make Illinois competitive with other states from a financial perspective. The state has also been looking to lure a joint battery manufacturing venture.

The other advantages to choosing Illinois, according to Pritzker, are a centralized location in the U.S., strong infrastructure, the second-largest crop of computer science engineering graduates in the nation and a pair of major national laboratories.

Hunter said that interest in REV legislation had grown as manufacturers began making more EVs, but that conversations finally reached the point in which law would pass now that climate change is where it is now.

"Finally they started connecting the dots, and they said, 'Oh, you know? This is connected. All of this is related.' Instead of looking at this as separate issues," she said, referring specifically to fossil fuels driving global warming. "It took awhile for legislators to catch up and to really stop and pay attention to this thing."

“The Reimagining Electric Vehicles Act is about acknowledging that there doesn't need to be a trade-off between a cleaner environment and more jobs,” Pritzker said. “We can do both. And today we take a giant leap forward in that quest.”

Republicans were broadly supportive of the tax incentives package. But during floor debate, they peppered the bill’s Democratic sponsors with questions as to why the governor froze a similar tax incentives package known as the Blue Collar Jobs Act as part of his budget proposal for the current year, grouping it with other policies he referred to as “corporate tax loopholes.”

The measure also has support from the state’s manufacturing industry. Mark Denzler, CEO and president of the Illinois Manufacturers’ Association, a trade group representing the industry, said the bill will allow Illinois to “keep and grow good-paying manufacturing jobs in an exciting and flourishing industry.”

Pritzker’s administration has been working to sell the idea of Illinois as an EV hub on the global stage.

Deputy Gov. Christian Mitchell, the former Hyde Park-Kenwood state representative, said in a phone call with Capitol News Illinois last week the Illinois delegation met with an estimated 40 business leaders, and plans to follow up aggressively in the coming weeks in an effort to bring company representatives to the state.

“There's a lot of interest in Illinois, as a place to really invest in green technology, as having hung up the welcome sign to say that we’re open for business,” he said.

Hunter hopes that the coming installation of fueling stations and tax credits for employment and training will mean good-paying jobs for South Siders.

"It literally covers the cost of training. These are for new hires. And it protects these living wages for current employees," she said. "It deals with the pollution issue. Not only is it creating jobs, but it's cutting back on the harmful pollutants from the vehicles, from putting gas in your car."