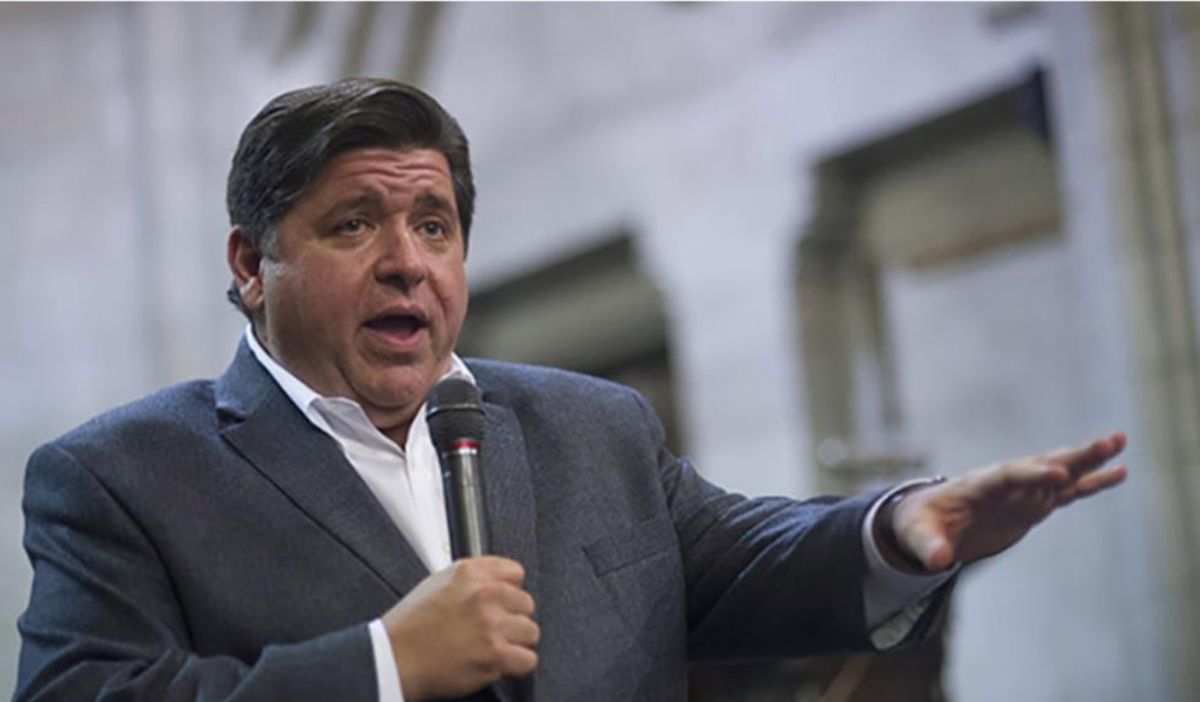 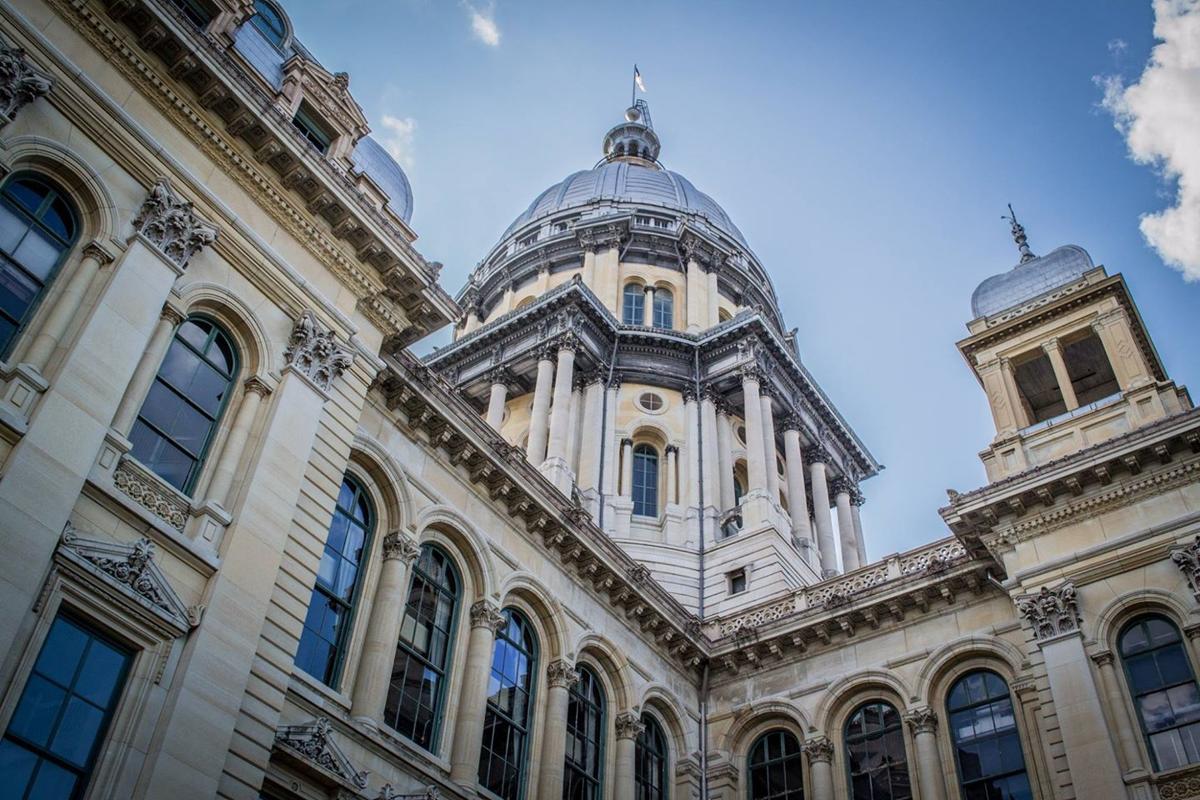 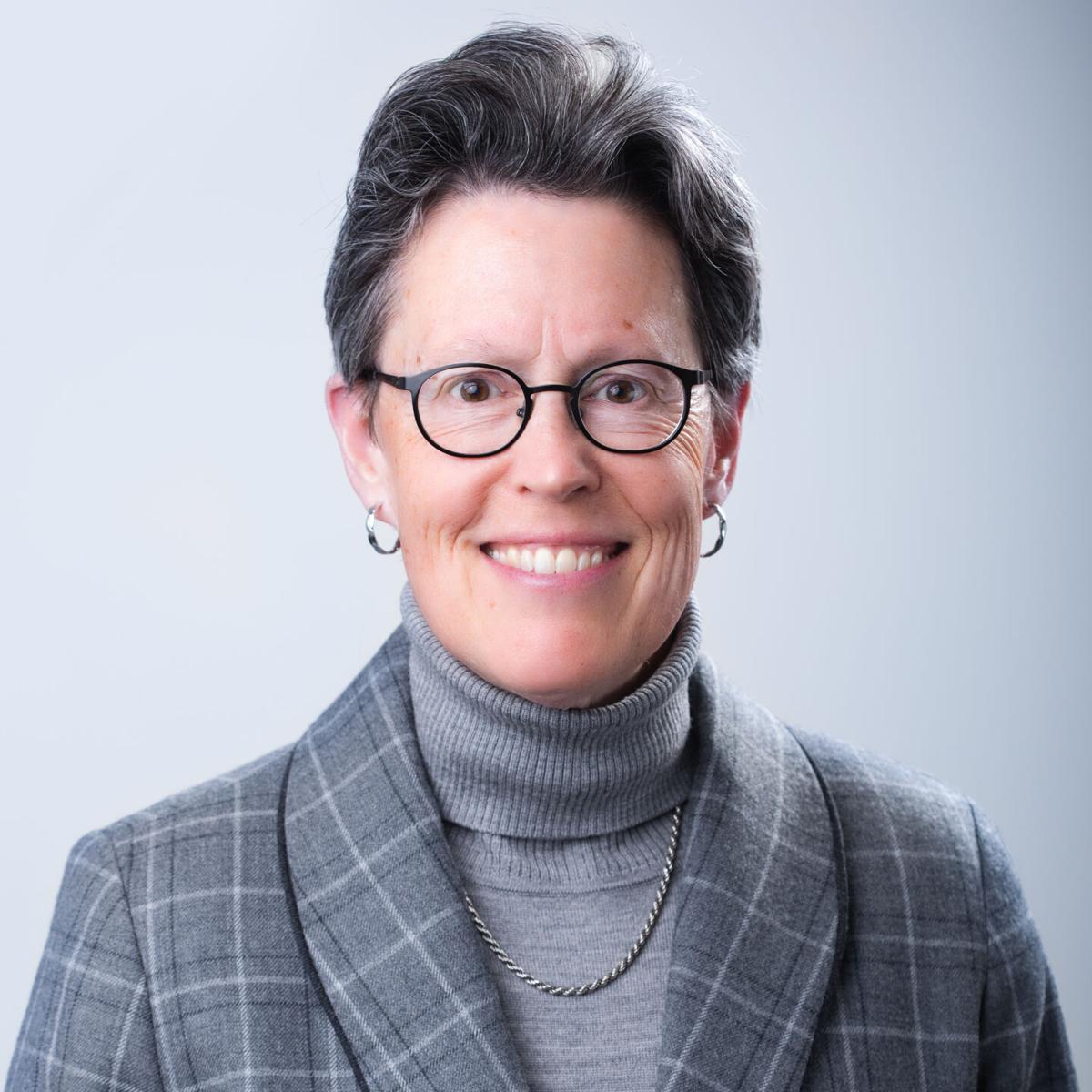 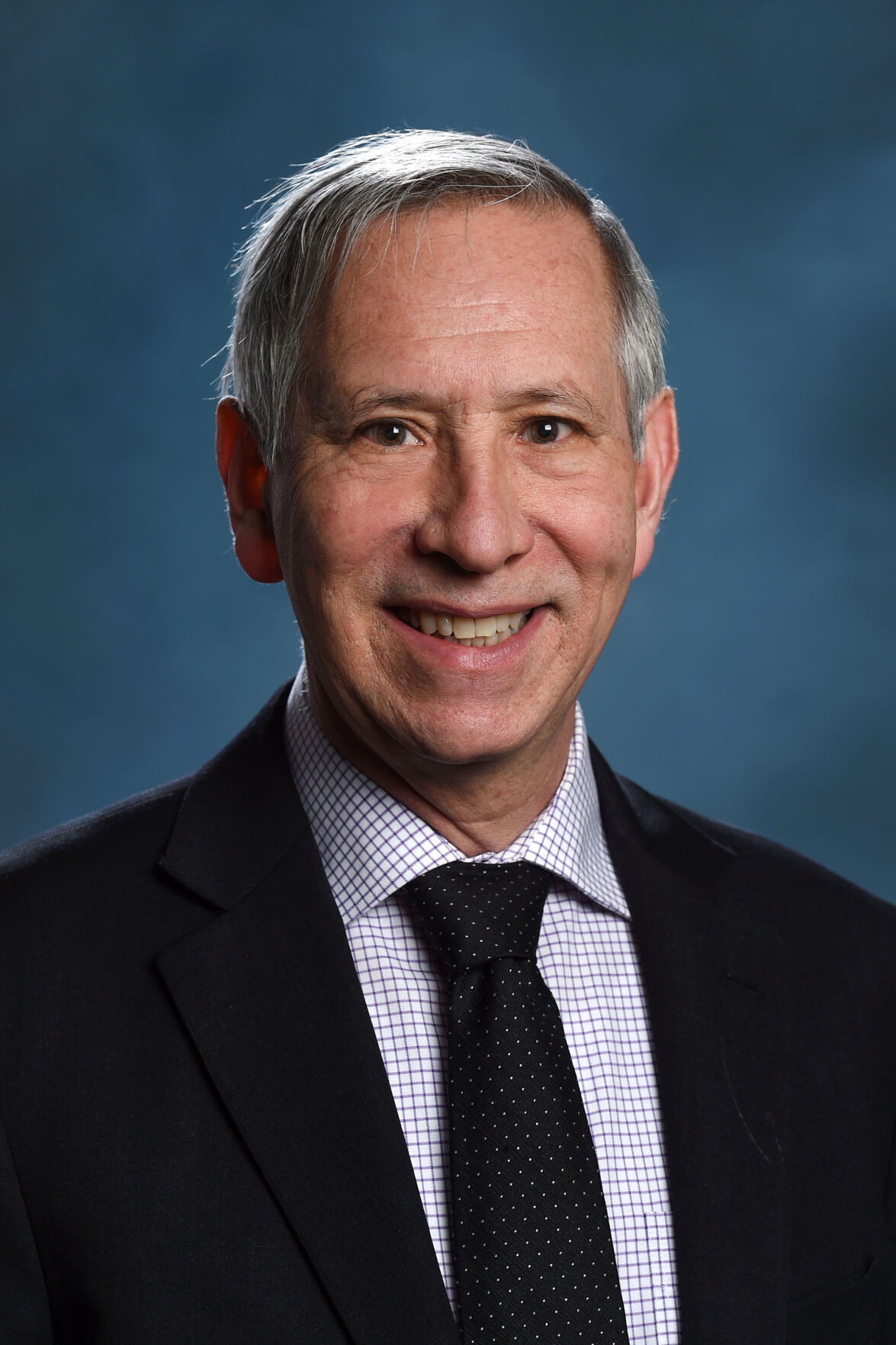 While most of the races that Hyde Park residents will vote on this November look more or less settled, they do have the chance to weigh in on one item: whether to amend the Illinois Constitution by voting for a graduated income tax.

The proposed new tax structure would replace the current single, or "flat," rate of 4.95%.

In an interview the day after Moody's warned that revenue pressure from the pandemic could worsen the state's pension liability, Gov. J.B. Pritzker argued fiercely for Illinoisans to pass the amendment, saying it would demonstrate fiscal responsibility, help with the state's pension crisis and bring down bills.

Before the pandemic shutdown in March, Pritzker pointed out that Illinois was running a month-to-month budgetary surplus. He said his work with the General Assembly to consolidate local police officers' and firefighters' pensions last November helped the state’s finances. He also passed a bill that allows the state's retiring employees the option to get their pension funds up front, albeit at a discount, reducing Illinois' pension plans’ net liability. The $16 billion bill backlog has gone down since he took office 20 months ago.

"Under my predecessor, Illinois' credit rating was cut eight times," he said. "What I walked into was a situation where Illinois' bonds were just above junk status, and it's incumbent upon us as a state to reverse the damage that was done under the previous administration. With all the challenges that Illinois has had for many years, that doesn't mean that we should accept the way things are."

That's his argument from a fiscal standpoint. From a moral one, what Pritzker has dubbed the "Fair Tax" would be just that for the state's poor, working and middle classes.

Sales and property taxes are flat, he said.

"(These are) not based upon your ability to pay, and the result is that there's a much bigger burden to pay a flat tax if you're a low- or moderate-income person," Pritzker said.

The governor — himself the richest man in the country in elected office — says the time has come for wealthy people "to take up some of that burden and take it off the backs of the middle class and working class."

If passed, the amendment as written would give a tax cut to 97% of Illinoisans worth "hundreds of dollars," he said. With locally set property tax rates a yearly burden for the state's homeowners, Pritzker argued that the amendment would allow the state to pour funds into education.

"In the average state in the United States, about half the money comes from state governments to pay for education, and half comes from local property taxes," he said.

"In Illinois, only 24% comes from the state, and the rest comes from local property taxes. We could slowly but surely decrease the amount of money that comes that (municipalities have to) put into education, and the Fair Tax allows us to increase the amount that comes from state government and therefore allows local property taxes to decrease because local government (and) local school corporations don't need to tax people based on their property as much because the state is stepping in and paying more."

Pritzker said he really believes this.

"In fact, local voters are the ones who get to make those choices, because it is the local elected officials who are the ones who are deciding about your local property taxes," he said. "People at the local levels have demanded more for their schools, but they're not able to get it from the state."

He said the amendment's opponents, who argue that passing the amendment will lead to a mass exodus of the state's wealthy, are lying to protect the interests of the rich. Out-migration from Illinois for the past 50 years has been driven by middle-class people. Illinois’ income tax is nothing new, he observed.

"The thing that scares people, I think, is the fact that the fiscal foundation of the state is uncertain, and middle class people get up and leave," Pritzker said. "Wealthy people are taking advantage of this flat tax system in which they're paying the same tax as a secretary, nurse, firefighter or police officer. If you have stability, stability allows growth. Business people know how to make money in a stable environment."

Reached for comment, Lissa Druss with the Coalition to Stop the Proposed Tax Hike Amendment provided a statement: "Middle class families, small businesses, family farmers and large employers across Illinois all agree that this is the worst possible time to raise taxes.

"The proponents of the Tax Hike Amendment are asking us to trust the politicians in Springfield with our tax dollars, but they’ve already passed two major tax hikes in the last 10 years. The most recent tax hike was just three years ago for $5 billion.

"Now the Springfield politicians are back asking us to trust them with new unyielding power to raise our taxes and create as many brackets whenever they want in the midst of a once-in-a-lifetime pandemic.

"It is important that voters know that they are not voting on the actual tax rates. They are voting on whether to give more power to the Springfield politicians to raise our taxes whenever they want. If the Springfield politicians were serious about these rates, they would be baked into the amendment. They are not. If approved, the Tax Hike Amendment would give the politicians the power to change the rates and brackets the day after the election.

"The bottom line is we can’t trust the politicians in Springfield with a blank check."

Paula Worthington, a lecturer at the U. of C. Harris School of Public Policy, observed that the Institute on Taxation and Economic Policy in Washington repeatedly finds Illinois' tax structure to be the among least progressive in the country, and said all societies must find a consensus on what they believe is a "fair" system of taxation.

"One very strong element of the way things work here in the U.S. and in much of the world is that we think about a relationship between an individual's tax obligations and that individual's ability to pay them," she said. "Tax obligations that are onerous, particularly on low-income households, are believed to be unfair, and I think that reflects a social valuation of things."

There is the potential of more revenue if the amendment passes, but she said revenue projections are merely projections and may not take into consideration how taxpayers will change their behavior going forward. In addition to the prospect of Illinoisans leaving the state should the amendment pass, she noted that people may invest or open businesses differently or choose different places to live.

She characterized the tax cut that most Illinoisans would get should the amendment pass as "teeny-tiny" but also said that the revenue impact would be very concentrated among the higher ends of the income distribution.

But should the amendment not pass, Worthington expects Illinois to have "a pretty noticeable addition" to the budget gap, predicted to be $1.2-$1.3 billion for fiscal year 2021 and $3-$4 billion for the following year. She expects the state would borrow to fill the gap in the short run but observed that the state already faces very high interest rates.

"I'm not close enough to the inside to know which of those options seems most-palatable to decision-makers, and ultimately you worry about service cutbacks and layoffs in the public sector, state workers and the services they provide."

David Merriman, a professor at the University of Illinois at Chicago's College of Urban Planning and Public Affairs, said evidence from states like California, New York and New Jersey that have comparatively raised income taxes on wealthier people is somewhat mixed.

"But I would say there are more studies that show relatively minor effects than major effects,” he said.

"When you think about what's the possibility that people will migrate because of the very high tax rate, you have to realize that even an increase from essentially 5% to 8% for the very highest-income households, that's a small share of their total tax burden," he said.

The federal income tax rate for the wealthiest households is already higher than that being proposed for Illinois, and states like Florida and Texas do not have income taxes at the present time.

"If they were going to move, maybe they would have already moved," he quipped.

Merriman also noted that the current flat tax, with its set, uniform tax rate, is a constraint on the General Assembly passing tax increases willy-nilly. While he said that might change in Illinois if the amendment passed, he also pointed to his own to-be-published research on states' tax rate changes from 2002-2019 showing them to be "quite infrequent."

"In most years, in most states, you don't see rate changes, and when you have seen rate changes over this period, they've mostly been rate cuts instead of rate increases," he said. "Politically, it has been very, very difficult to raise tax rates anywhere. I mean, it just doesn't happen very often, and my interpretation of why it doesn't happen very often is because it's just a very politically difficult thing to do. It's very politically unpopular to do it."

Voters ultimately need to make a decision based on their conceptions of fairness, Merriman advised, and not on pie-in-the-sky expectations for revenue.

What influence the progressive income tax structure will have if passed is hard to tell, he said, because of the pandemic. He said the state's budget deficit this year will likely be around $5 billion, and the revenue from the new taxes would not be enough to cover that. If the Department of Revenue's estimates about the amendment are right, he expects the revenue to bring Illinois closer, but not entirely, to a balanced budget.

"Is it fair to be taxing high-income people more than the average person? And then secondly, what are the economic effects?" he said. "I guess I've been pretty clear about the fact that I don't think there's going to be a huge amount of mobility of high-income people out of the state because of this tax."

He also said Pritzker's argument that the amendment will allow state municipalities to lower property taxes would be hard to achieve in the short term, as the governor himself conceded.

"I think probably the best we can do is to maintain the current levels of spending of state support for education and maybe, if the economy grows, gradually increase it,” he said.