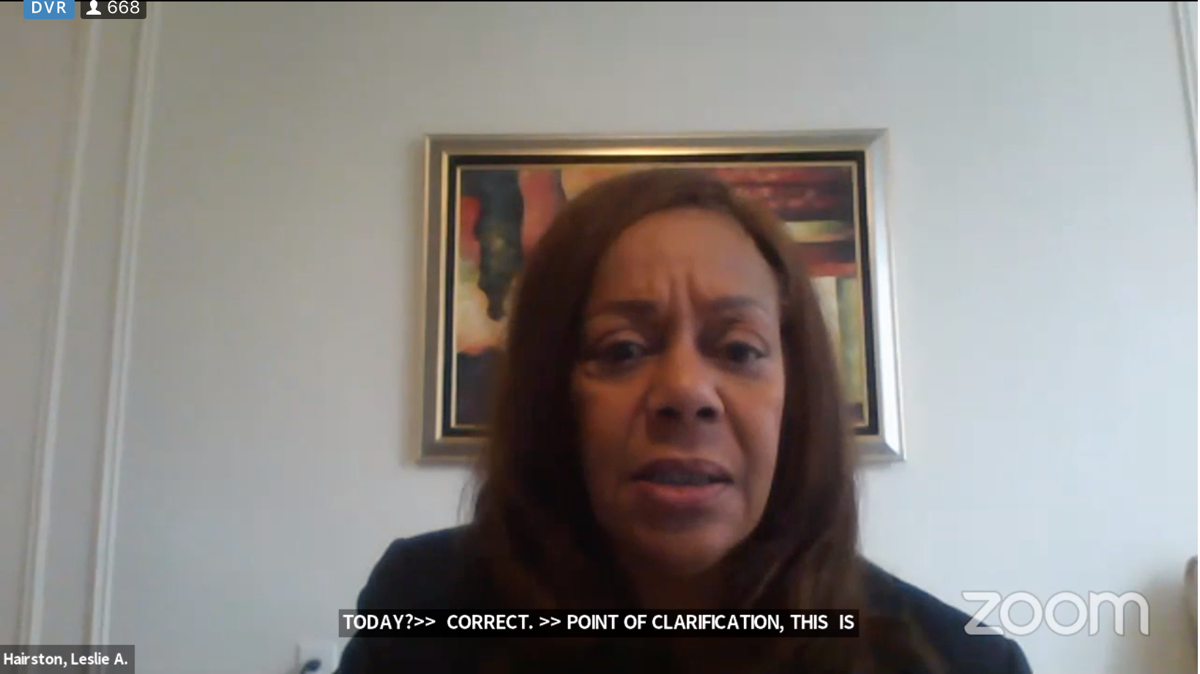 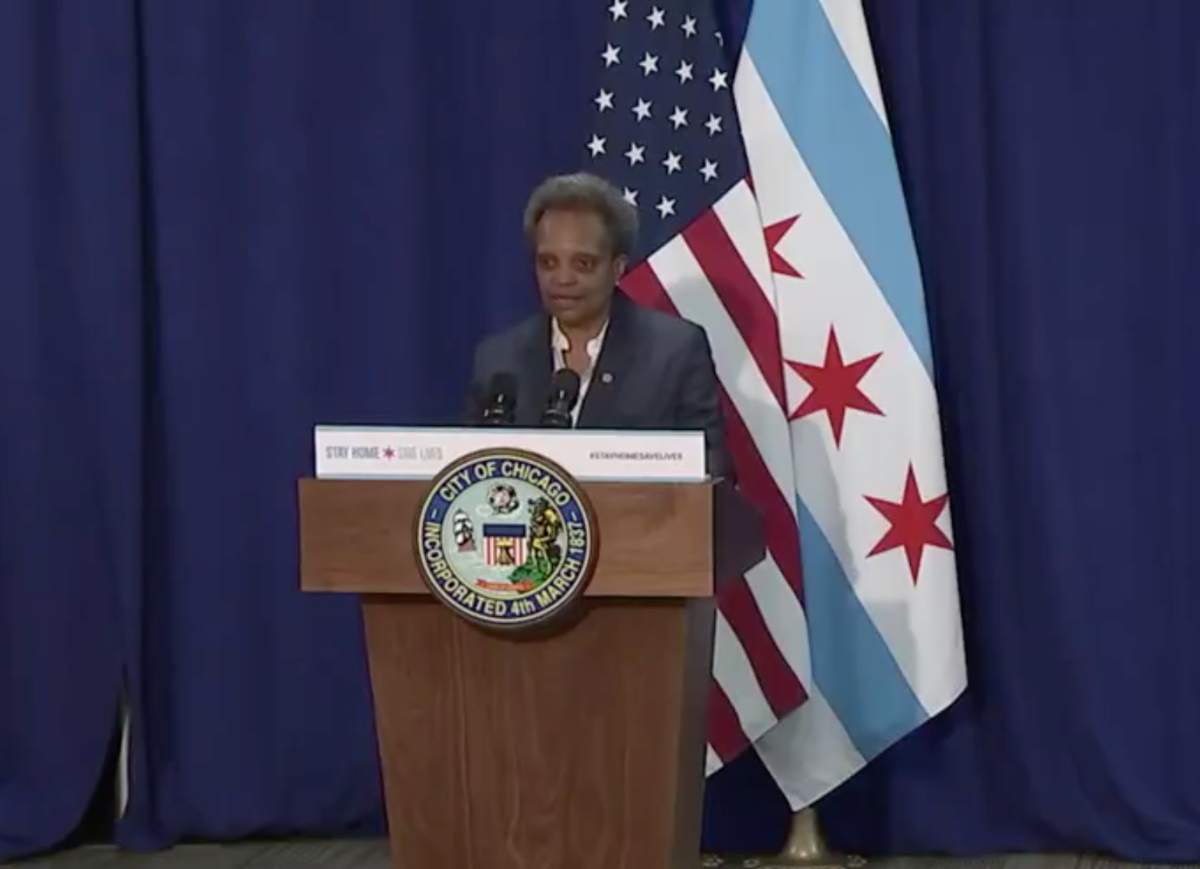 The City Council will convene on Friday to consider an ordinance to expand Mayor Lori Lightfoot’s emergency powers during the pandemic crisis, facing opposition from several South Side aldermen.

Alds. Sophia King (4th) and Leslie Hairston (5th) both voted against the measure in the Budget Committee before it went to the full Council.

Alds. Raymond Lopez (15th) and Carlos Ramirez-Rosa (35th) used a procedural motion on Wednesday to block the council from voting on the ordinance. Ald. Jeanette Taylor (20th) voted with 14 other aldermen against scheduling a Council meeting on Friday to vote on it. King and Taylor then joined nine other aldermen in voting against a motion to adjourn Wednesday’s meeting.

Lightfoot’s ordinance would have expanded the powers to spend city money and sign coronavirus-related contracts that she already had assumed through an executive order. The ordinance would give members of her administration additional powers over appropriations, municipal funding lines and contracting.

As reported by the Tribune, the city has budgeted $65 million and spent $5.6 million in response to the pandemic. Budget Director Susie Park said she expects the city will spend $150 million by July, with reimbursements coming from the Federal Emergency Management Agency and from the Coronavirus Aid, Relief and Economic Security (CARES) Act that Congress passed.

The ordinance's terms would end on June 30, and the Budget Committee included an amendment to require weekly reports to the council on how the money is spent.

In an interview immediately after Wednesday’s meeting, Taylor said she opposes giving the mayor emergency powers of the purse without any "coordination" with the City Council.

"She is not my boss. We are coworkers. And when we are coworkers, we talk things through and go over things," Taylor said. "I don't think you all realize that we have City Council briefings at 9:30, and then at 11:30 she's announcing to the news what she said to us at those briefings. That ain't us working together. That's you dictating."

Taylor pointed to the disproportionate toll COVID-19 is taking on African American Chicagoans, who have constituted 54.5% of the city's 703 deaths from the disease as of April 23, and said there is not enough testing in Black communities. She also called for more spending to support local small businesses, provide individuals with monetary relief.

Taylor called for more testing sites and municipal services sides to disinfect and provide social support, calling the pandemic a missed "opportunity for us to fix some of the wrongs that have happened historically on the South and West sides."

In her post-meeting press conference, Lightfoot dismissed the argument that virtual meetings are proof the council can assemble and react quickly. She said the emergency authority is needed because of the competition "on a global basis for every product that we need ... If we don't act quickly, we lose the opportunity."

"Unfortunately, Ald. Taylor's premise is not correct," Lightfoot said when asked about Taylor's reasons for opposing the ordinance. "Again, through 24-plus formal briefings over the last few weeks, I would hope that a couple of things are clear. Number 1: weeks ago, we announced a $100 million fund to support small businesses across the city, and unlike what we've seen at the federal level, our fund still has money and still is available for small business owners."

Lightfoot said the city is filling a niche that the federal government is not covering by working with businesses that operate without a relationship with a banking institution, loans and lines of credit.

"When you're operating on a cash business or you only have a tangential relationship with a bank, you're not going to qualify for those SBA (Small Business Administration) loans, so that's why our Small Business Resiliency Fund is so important," she said, adding that the city is providing assistance regardless of owners' citizenship status.

Lightfoot said there is a "substantial amount of testing in Black Chicago" and that she and Public Health Commissioner Allison Arwady "talk extensively about the need for testing" and "are leaving no stone unturned to expand the amount of testing that's available in the city."

"It's not for the city to control it. It's not like we've got a stockpile of tests and we're not using them. We are trying to use the tests here in Chicago so we can expand the footprint of people who have access to testing," Lightfoot said. "We have to reach widespread testing before we can safely come out of where we are now with the restrictions on people's movements."

Reached for comment, Hairston said her opposition is "because we have created separate branches of government to deal with the balance of power," saying, "Taking the budgetary oversight away from aldermen and "giving powers that we are elected to do to people who are appointed is not the best balance."

"This is not an emergency. While we are in a pandemic, this is more administrative," Hairston said. "We have been able to operate as a City Council virtually. We have the capacity to call a City Council meeting within 48 hours, which is exactly what the mayor did today. There is no reason why the City Council should be bypassed.

"There is nothing up to this date that has prevented the mayor or any of the departments from making the decisions to get the equipment we need to try and keep people safe and save lives."

Hairston said she is not worried her opposition will damage her relationship with the mayor: "This is what I was elected to do, to represent the 5th Ward in council. I need to be able to find out what the departments are doing, how they are spending the taxpayers' dollars."

Reports about the administration's spending would come after the fact, Hairston said, "And Chicago, with its history of reckless spending and telling you about it later, is not collaboration."

There is absolutely no need to give one person that kind of power, the aldermen have reported that they can easily meet and decide things within a 48 hour period of time, this is not a second by second crisis.

And Lori Lightfoot has neither the experience, ability, or the objectivity needed to assume such power.