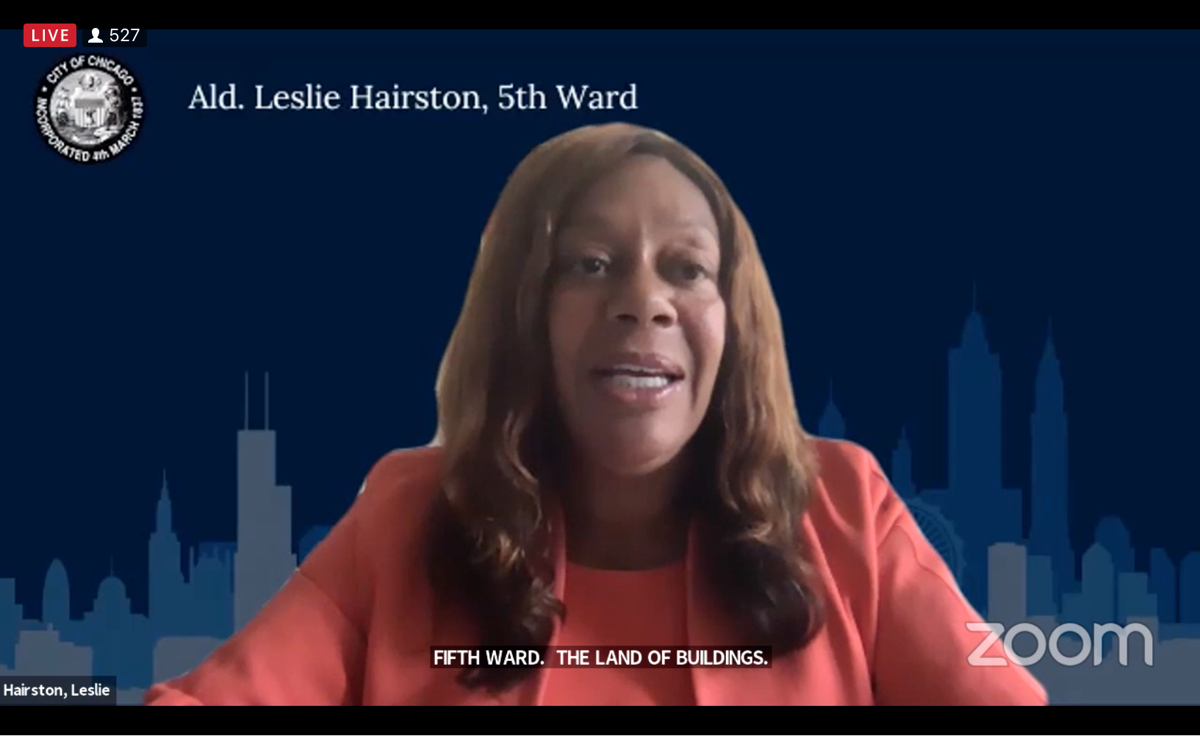 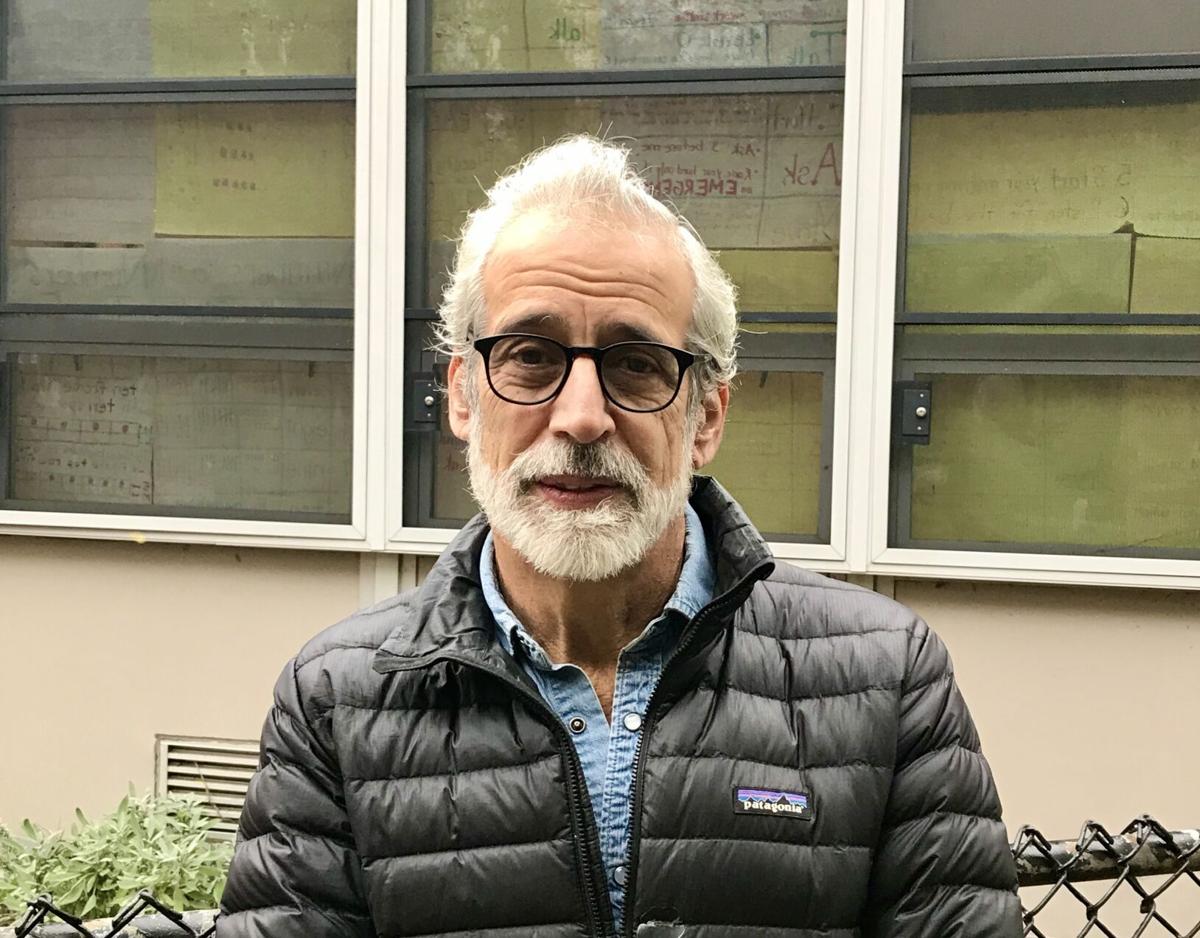 A delayed vote on a $500,000 settlement of a case involving the release of long-withheld Chicago Police Department files is a good thing, said Ald. Leslie Hairston (5th), because it will allow aldermen time to design a systematic release of the information.

Hairston, who vice-chairs the Finance Committee, was one of eight aldermen to vote against the settlement in committee, said in an interview that she wants to establish a firm time table for the release of the files.

The case concerns Charles Green, who was sentenced to life in prison for a 1985 quadruple murder. (Green was not alleged to have committed the murder itself — prosecutors said he took $25 to knock on the door of a drug dealer's house on behalf of another drug dealer, who carried out the crime.) He was 16 when convicted, released in 2009 and maintains his innocence, saying he was not at the scene of the crime when it took place. A court ruling in January found that the CPD and city failed to comply with the Illinois Freedom of Information Act (FOIA) when it denied a request from him.

"What the aldermen want is what the judge had already ordered in that case, but we want it going forward as well," Hairston said, referring to a production schedule for the files. She said the question is not whether CPD and the city will comply with FOIA but how: "Since the police department has willfully and intentionally ignored the FOIA request, repeatedly, the judge said, 'You've got to have a production schedule.'"

"The city already has the information on the Inspector General's portal, so we already have a mechanism that exists that the city should own and put this information out there," Hairston continued. Finance Committee Chairman Ald. Scott Waguespack (32nd) introduced an additional ordinance to City Council to create a production schedule that aldermen will vote on this fall.

"The idea is that we will talk about it in committee. We will work with the Invisible Institute and other organizations to come up with a production schedule that is not overly burdensome but does get the information and makes the information public," she said, calling the process to come "a new direction for the council — doing these two together is actually a big win not just for the mayor but for the City of Chicago."

"The public has the right to know, period, and by them dragging their feet it's like they're thumbing their nose at the justice system, they're thumbing their nose at state law, and that is just unacceptable," Hairston said. "I think we should add to that they are far behind on the … consent decree. The police department has not demonstrated any ability to comply with any law in a meaningful way."

In an interview, Ald. Sophia King (4th), another of the aldermen who voted against the settlement during the Finance Committee hearing, said a timeline would lead to transparency.

"I do understand that there're a lot of records, but I think there needs to be accountability of how many records are released and how fast," King said. "I think that the city should be holding themselves accountable to that."

Jamie Kalven, who leads the Invisible Institute, 6100 S. Blackstone Ave., won a 2014 state lawsuit that established the principle that police misconduct files are public information; negotiations with the city Department of Law led to the creation of the Citizens Police Data Project, which compiles basic data on all CPD officers.

Currently, everyone has the right to request files through FOIA, though CPD sometimes does not comply due to the "undue burden" of there being too many complaints about a particular officer. Kalven deemed the present system cumbersome, costly and frustrating.

"I've been arguing let's make the documents public," he said. "If the city is prepared to make complete investigations public, we in civil society will take responsibility for curating them, as we do on the Citizens Police Data Project."

The 175,000 files will require redaction, which Kalven characterized as only removing identification of civilian complainants and witnesses. The legal requirement that the city release all files by the end of the year is a physical impossibility, he said, but Kalven wants to negotiate transparency in the meantime.

"The city has indicated that they want to advance transparency beyond where it is, and, in some fashion on some terms, make these documents public. We now have a significant faction of aldermen who are enthusiastic about the idea. The Inspector General is in favor and obviously groups like (the Invisible Institute)," he said. "There's agreement in principle on a number of policies that it would be really desirable to go to the next place."

If the documents of the most public interest could be made easily accessible, Kalven said it would include analytic power and function as "a great civil rights collection."

"The vast majority of (the files) start with a citizen, most often a Black or brown citizen from a relatively marginalized neighborhood, seeking redress from an agency for what they experienced as abuse by the police," he said. "To have a really substantial collection of these investigations would be the equivalent as if we had a truth and reconciliation commission in Chicago," referring to the type of bodies that have been set up in the aftermath of Apartheid South Africa or the former East Germany.