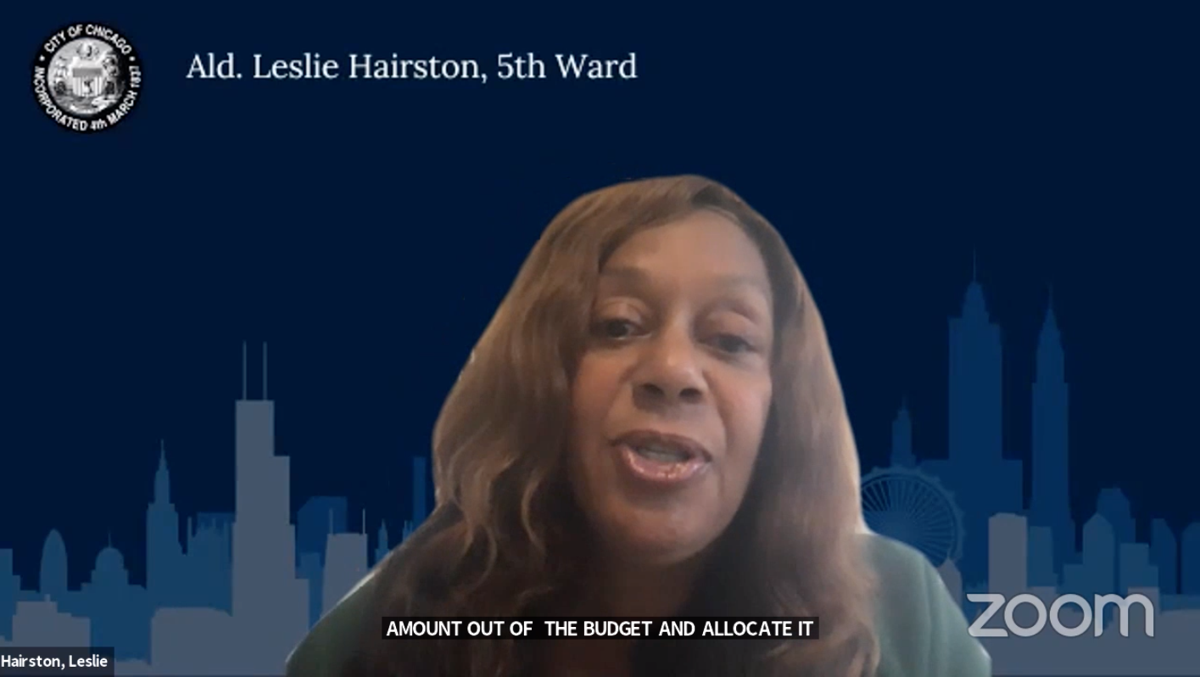 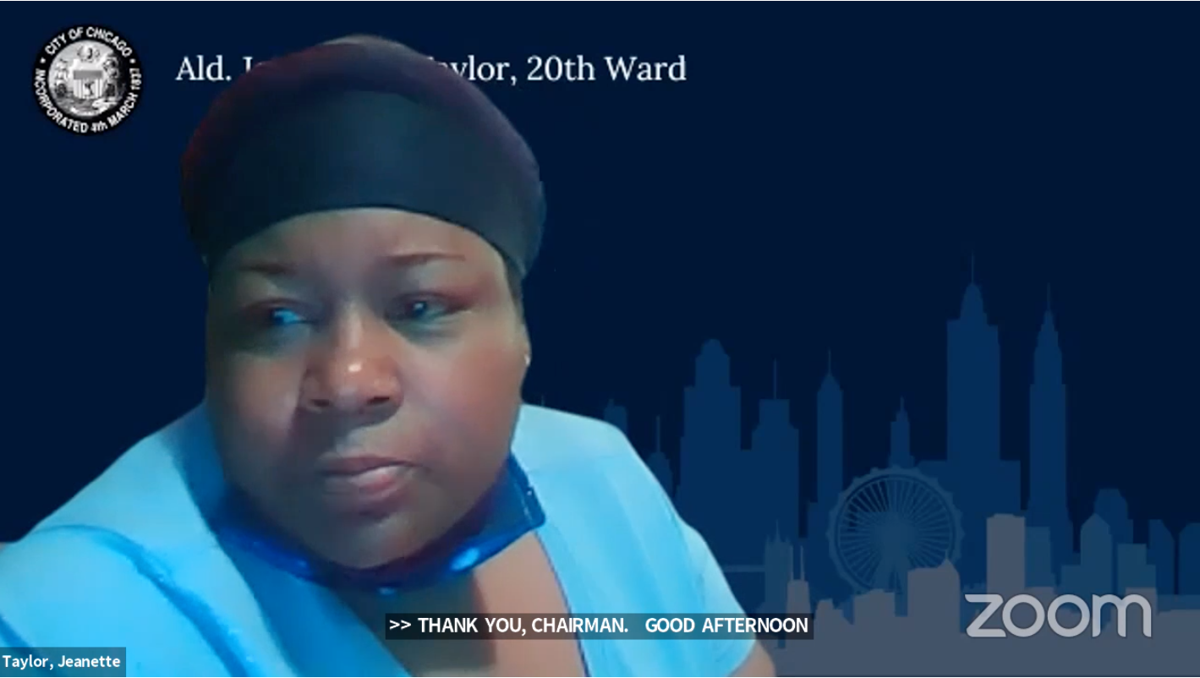 Ald. Leslie Hairston (5th) lambasted the Detectives Bureau and the Chicago Alternative Police Strategy (CAPS) program for being ineffective at a hearing on the Chicago Police Department's budget, as City Council begins to take stock of its law enforcement budget — $1.76 billion last year — amid recession and calls to defund the police.

Hairston, who is on the Budget Committee, asked Budget Director Susie Park if the city had done a budgetary analysis on the Bureau of Detectives "seeing as though their success rate is so low."

Deputy Mayor for Public Safety Susan Lee responded that the Chicago Police Department had reorganized the Detectives Bureau from three to five geographic areas to reduce travel times and build better local relations. She also said an outside report found that the bureau is understaffed and that Mayor Lori Lightfoot's administration is taking the findings seriously. She said the detectives are solving more crime.

Hairston also called for an analysis into "the effectiveness or lack thereof" of the Chicago Alternative Police Strategy (CAPS) program: "The staff keeps getting larger and larger and they create all these different arms, but yet it's not really having an impact on the violence nor the participation from the citizens."

Hairston has attacked the Bureau of Detectives and CAPS over their effectiveness before, in comments to Block Club in June. Then, she criticized detectives' low clearance rates and lack of civilian oversight, as well as the CAPS program's lack of youth engagement and low attendance in her ward before the coronavirus pandemic.

Regarding CAPS, Lee remarked on the department's District Coordination Officers (DCO) program, a pilot in which officers work to build interpersonal relationships directly with civilians by, for instance, handing out their phone numbers to them and encouraging them to text. The program has not been expanded into the 2nd District.

Hairston interrupted her: "You keep saying, 'As I may have heard.' If I did not hear it from you, and you have not briefed us on it, then I have no way of knowing what you are doing, and that's part of the problem."

Lee responded that the mayor and Police Superintendent David O. Brown held a press event about DCO, and Hairston asked, twice, if she was invited.

"How would I know?" Hairston asked. "I have a ward to serve. I have a constituency to serve, and I cannot run my day trying to figure out who's holding a press conference when when I am an elected part of this body. We are supposed to be working together. When you operate all on an island by yourself, we don't know what's going on, and that is being seen now throughout the City of Chicago. So no, I don't know what you're doing, and unless you tell me, I have no way of knowing."

She also attacked the CPD for a lack of internal transparency, saying leadership makes internal decisions, changes and transfers without aldermen knowing about it.

"It does not make sense that there's nowhere in that budget that can be adjusted," Hairston said. "I'm willing to help you to that extent, but we really have to get a handle on programming and things that are not working and people who are getting paid for jobs that they're not doing."

"In light of COVID and everything that we are facing, nobody can hold onto anything extra," she continued. "We can't afford that in 2021, so all these additional funds and things that departments hold onto, we're going to have to get in there and trim those if not eliminate them for the next few years, because we can't ask the taxpayers to do more if we're not doing our darnedest to make sure that everyone is operating where they need to be."

Ald. Jeanette Taylor (20th), who is on neither the Budget nor Public Safety committees but still got to ask questions by virtue of being on the council, asked how the police would pay out $10 million set aside for violence prevention; Budget Director Park said it was a question for Deputy Mayor Lee, who by that point had left the meeting, but she said the city got the $10 million from the federal CARES Act.

Other Black aldermen had gotten Lee to commit to having a meeting about engaging local community partners on anti-violence effort. Austin Ald. Chris Taliaferro (29th), who chairs the Public Safety Committee, said he would have a meeting in October looking into how the money was spent.

Responding to Taylor, Park said the Civilian Office of Police Accountability budget is connected to the police budget as a percentage minus grant funding. In 2020, COPA's budget was $13.7 million.