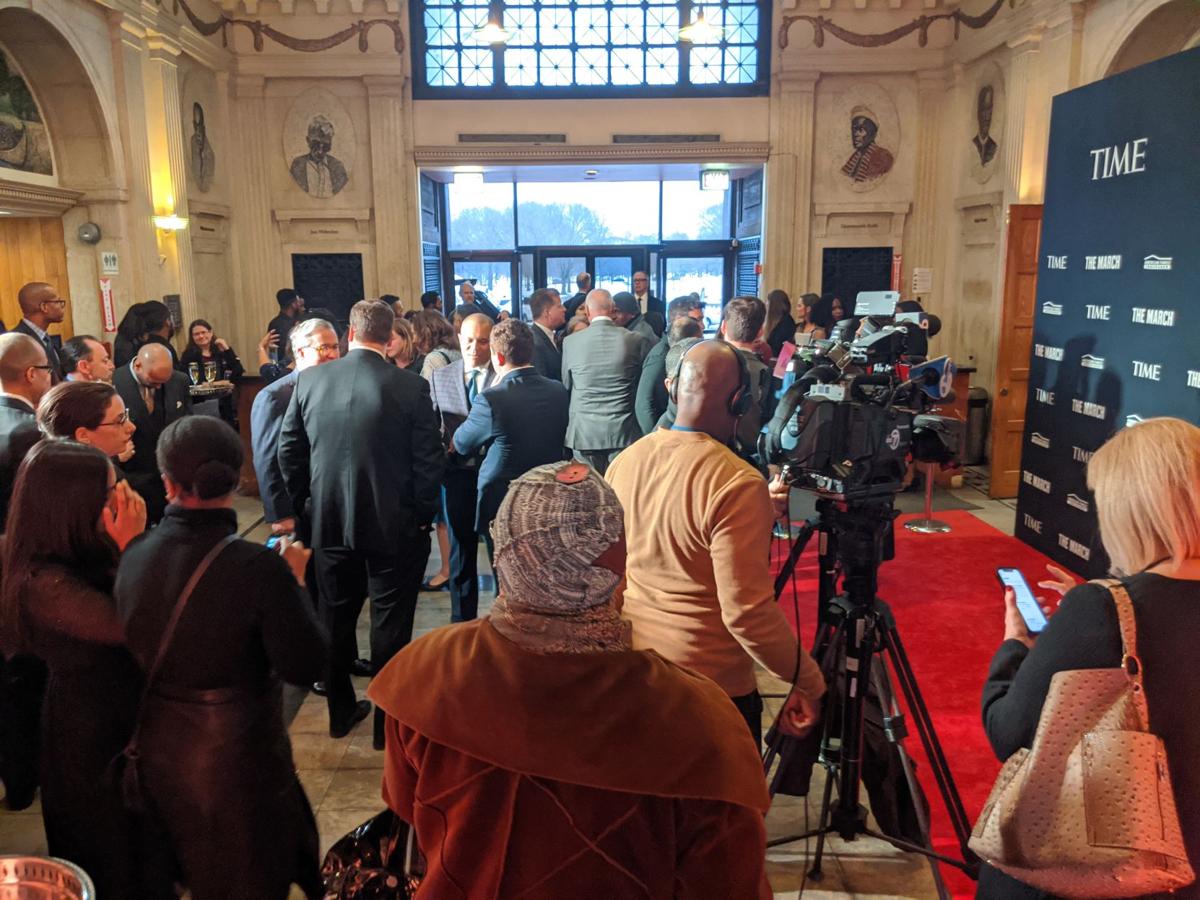 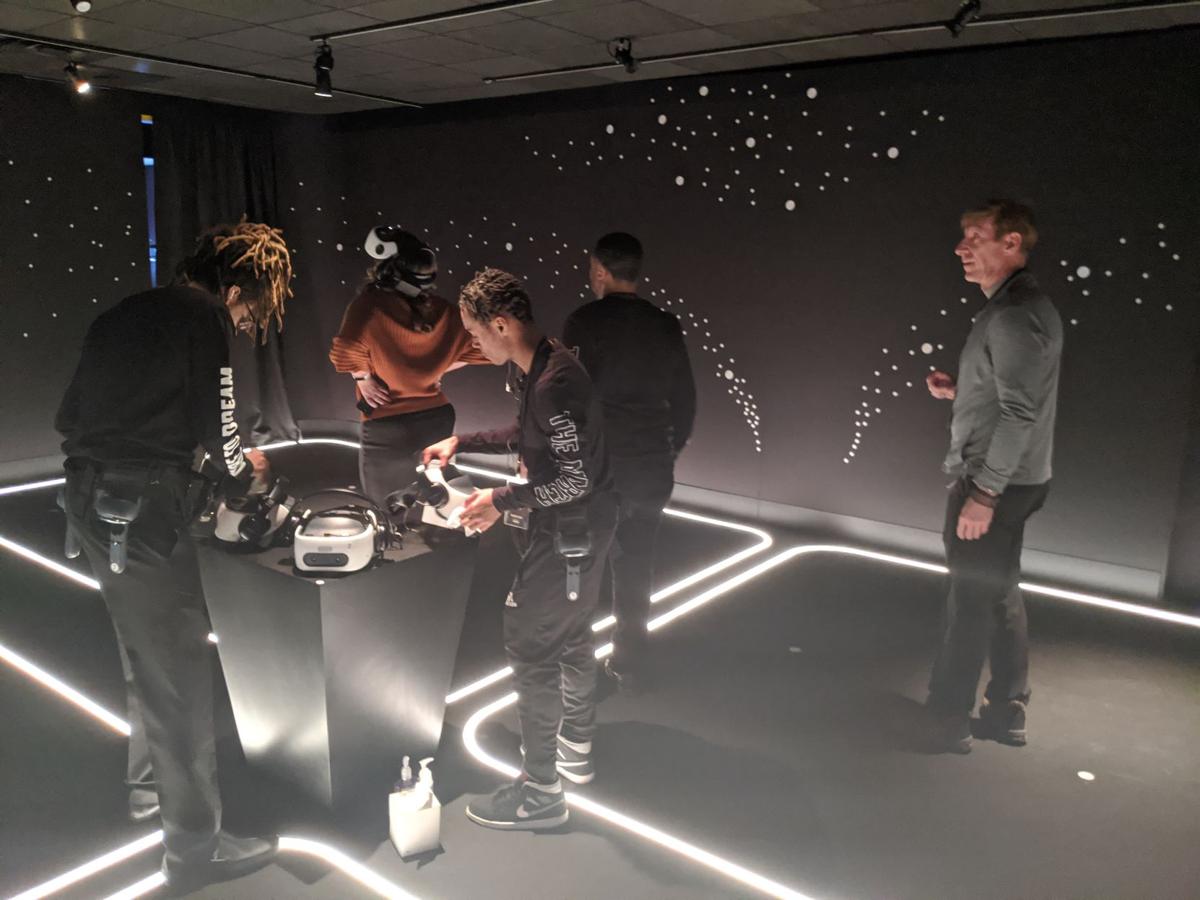 Crews and visitors at "The March" exhibit at the DuSable Museum of African American History, 740 E. 56th Place.

Crews and visitors at "The March" exhibit at the DuSable Museum of African American History, 740 E. 56th Place.

The DuSable Museum of African American History rolled out a red carpet on Feb. 26 for the unveiling of their new virtual reality exhibit “The March,” commemorating Martin Luther King Jr.’s 1963 March on Washington for Jobs and Freedom.

The exhibit, which opens officially Feb. 28, was created by Time Studios, produced by actors Viola Davis and Julius Tennon and sponsored by American Family Insurance. Viewers don virtual reality headsets in order to move through an animated re-creation of the march where King gave his “I Have a Dream” speech, which they can view up close.

Four people can experience the exhibit at a time, entering a dark room after a museum guide invites them to “march on.” In the room, the voices of King’s lawyer Fred Gray, Rosa Parks and other civil rights activist play from four different speakers while a strip of light changes color in response to their words.

Viewers then cross into an adjoining space, where guides help them strap on virtual reality headsets that play animated scenes of the march, allowing the viewer to turn their head and inspect it at any angle. The scene begins in the middle of a road, just ahead of members of the Brooklyn College NAACP, then moves to a patch of grass on the National Mall, then to a point in front of King’s podium.

After King finishes his speech, the protestors transform into points of light that converge under the viewer’s feet.

The project required the collaboration of over 200 people, including "artists, wardrobe specialists and technologists," said co-creator Alton Glass. Researchers looked "at every color, everything people were wearing at the time, to make sure the product was accurate," he added. John Canning, an executive producer at effects studio Digital Domain, helped to manage the painstaking work of animating the several thousand marchers.

Because of the enormous data demands made by so many digital humans, Canning’s staff had to create a computer system just for the exhibit. Canning also explained the work that went into producing King’s realistic figure and how it required motion-tracking historical re-enactor Steven Ferguson.

"Still, the hardest part was showing it to the King estate and gaining their approval," Canning said. "My knees were shaking."

Documentarian Wesley Jones also helped produce the exhibit. He described weaving together the vantage points of multiple cameras that had recorded the speech in order to assure the final product was accurate. Teams of researchers helped to insure its factual and visual accuracy, with historian Karcheik Sims-Alvarado serving as advisor to the project.

“To be able to experience Dr. King's 1963 March on Washington in this state-of-the-art virtual reality exhibit is an amazing opportunity, especially for our young people to connect with the civil rights movement and inspire our ongoing pursuit of social and racial justice that is still a hard fought battle — even today,” said Perri L. Irmer, president and CEO of the DuSable Museum, 740 E. 56th Place, in a statement.

Viewers can book an appointment to view the wheelchair-accessible exhibit at www.time.org/the-march. Admission is $12.50 for Chicago residents, $9 for city students and seniors and free for DuSable members.