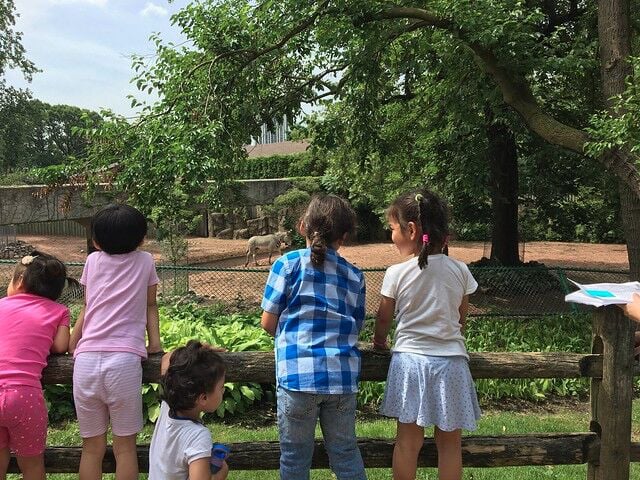 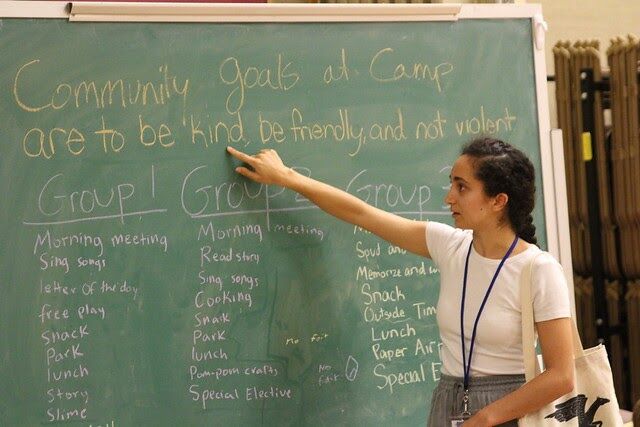 With the country opening to more refugees, the five-year-old Hyde Park Refugee Project is entering a new phase of its existence: a time of great expansion and a rapidly spreading web of partnerships. Their new goal, in tune with the Biden administration, is to multiply the number of families who come directly to Hyde Park after escaping desperate situations overseas.

So far, it’s been one family per year. With the draconian caps imposed by the Trump administration, there simply weren’t any more families to invite. But by 2024, HPRP may be welcoming three to five families per year.

“That’s our aspirational goal,” said founder Dorothy Pytel. Added co-director Lisa Jenschke, “We’ll probably have to fund a full-time person” to do administration and/or case management. “One of the biggest challenges right now is managing our volunteers. There are 150 in the database!”

Certainly among Hyde Parkers, but also among Americans in general, there is much support for refugee settlement. President Biden got a sharp reminder of that in mid-April, when he decided to postpone implementation of a campaign pledge to raise refugee numbers: The blowback was so strong that he reversed his decision two weeks later.

For fiscal year 2021, which ends Sept. 30, the U.S. will admit up to62,500 foreign refugees, more than four times the number in FY 2020. What happens to these families after their feet hit American soil depends largely on organizations like HPRP.

What happens to these families after their feet hit American soil depends largely on organizations like HPRP.

During the past week or two, three new alliances brought in money to move forward with key projects. The University of Chicago Service League donated an unspecified amount of cash that HPRP organizers called “lovely” and “generous.”

A $5,000 gift from the Religious Action Center of Reform Judaism, facilitated by local congregation KAM Isaiah Israel, will support children attending HPRP’s free Summer Curiosity Camp for English Language Learners.  (The camp is open to non-refugees, too.) Unlike last summer’s, the camp will be held in person and the on-site coordinator will be a professional educator: Shahani Samarasekera, who teaches at St. Thomas the Apostle School. The enrollment target has risen from 40 to 50 children.

A small order of nuns has taken up the cause of a Congolese family resettled here last summer after an initial placement on the North Side. The Franciscan Sisters of Perpetual Adoration just offered $3,000 to provide intensive English training so that the head of household — a mother of eight, including a one-year-old — can have a chance at a decent job.

Among the tens of thousands of refugees coming to the U.S. this year, one family will head to Hyde Park — arriving by late September, if all goes as planned. How big a family it will be, where they will come from, and when — none of this will likely be known until a week or two before they arrive. “Affordable housing is a big sticking point,” said Jenschke, and the search is further complicated by not knowing how many people they need to accommodate.

Since HPRP’s inception, eight families have come under their wing. Two were brought into the country from Syria under HPRP sponsorship. Six families were already in Chicago and connected with HPRP through settlement agencies, churches or schools.

“We always start by asking, ‘What do you need most?’” said Pytel.

“Blankets” was the answer one December from a newly adopted family that had never experienced anything resembling a Chicago winter. Blankets were easy. A mother of eight’s need for English skills is a taller order to fill.

First off, there must be child care. “We now have day-care spots for the two youngest children while the others are in school,” said Jenschke. “She’s got a computer. And we’re providing rental assistance during the training period, so she’s not rushed to take a job before learning English.”

Such a job would likely be in a chicken-processing plant: grueling work, low pay, and virtually no chance of advancement. On the other hand, “If you have a cleaning job or are washing dishes in a restaurant, and you can speak English, you can move into other roles.”

The two oldest children, 18 and 20, are already placed in jobs with promise. The former is working in a Bronzeville restaurant, under a manager who is himself a refugee and received help from HPRP.  The manager is enthusiastically mentoring the new arrival, according to Jenschke, and has promised, “He will have a meal here every day. This will be a nice, safe space for him. He will have friends."

In order to ramp up resettlements to several families yearly, HPRP must build out its human infrastructure to include more volunteers with expertise in specific administrative areas. Hyde Parker Deb Hass, a professional consultant to nonprofits, is volunteering to help the group plan its expansion. People with expertise and interest in housing are earnestly sought. So are those with know-how in fund-raising, education, employment, health care, public policy advocacy, and nonprofit fiscal oversight.

Want to help, but lack time to volunteer? Nothing beats a cash gift, but summer camp volunteer Linda Cope has a wish list of supplies her kids can use in July. The camp, for children aged 4 to 14, will run Monday through Friday for four weeks.