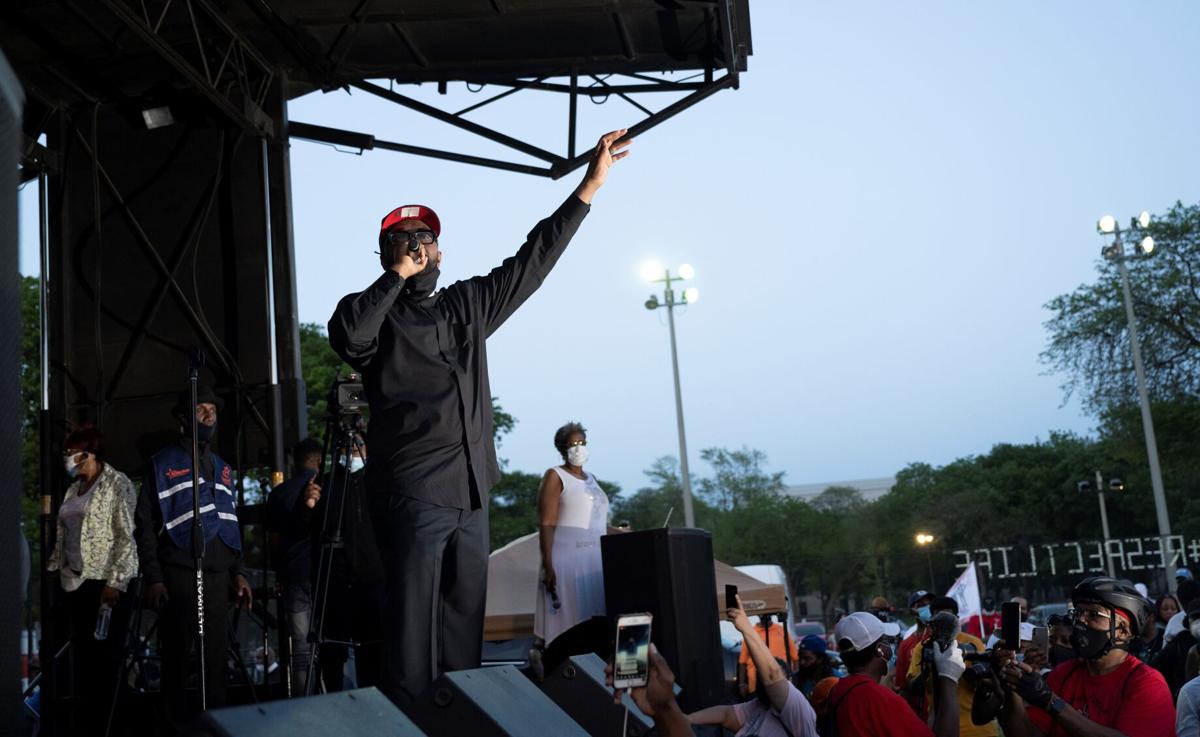 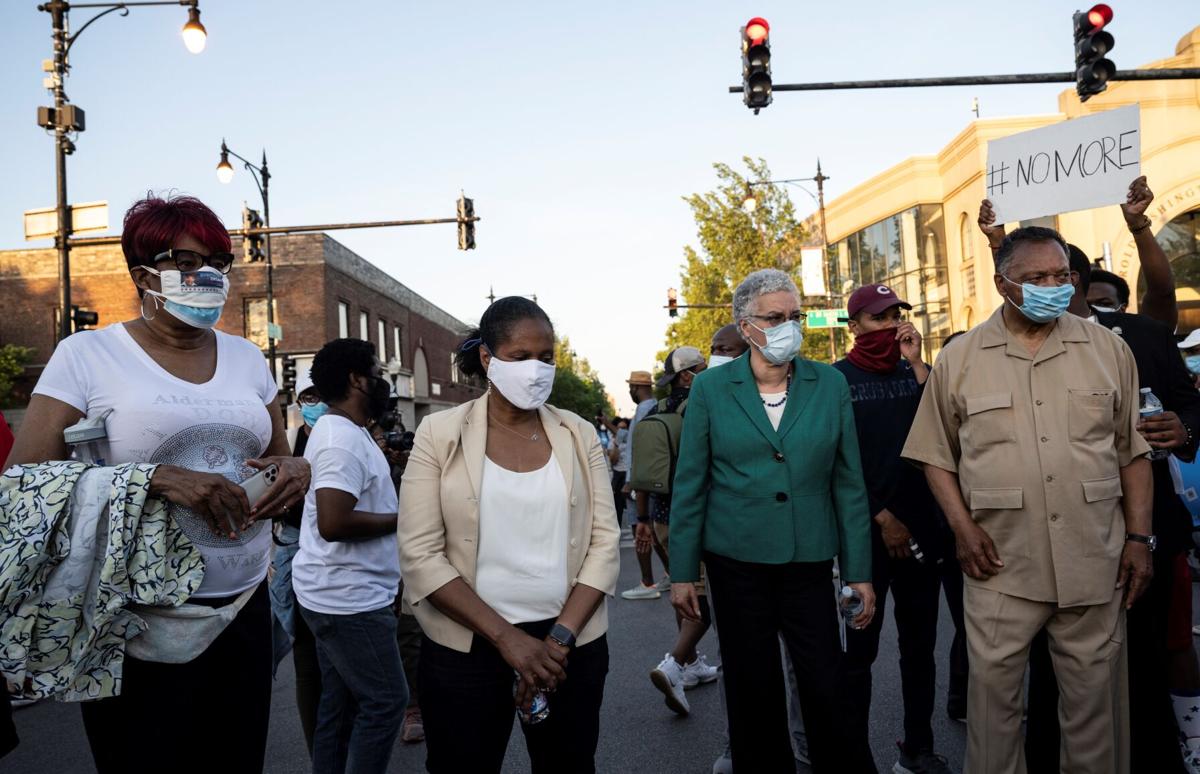 Thousands peacefully marched for Black lives through Bronzeville to Washington Park on Tuesday as faith leaders and Black elected officials called for activists to keep on the pressure for meaningful reform through twin crises of pandemic and racism.

The march, which stretched a quarter mile with protesters standing two to three dozen abreast, began at the Victory Monument at King Drive and 35th Street. Organizer Chris Harris, pastor of the Bright Star Church, 735 E. 44th St., joked that it was this year's Bud Billiken Parade.

"In these buildings are senior citizens who now cannot get their prescriptions filled because they looted in Walgreens, they looted in Walmart!" he said. "So everyone who is not Black, everybody who don't live on this side of the city or the West Side, if you don't have to live our experience, open up your damned mouth and tell the powers that be (to) look out for Black people!"`

"I always say that America is a great nation because people have come from all over the world to make it so," Preckwinkle said. "Some seeking opportunity; some driven by hunger and persecution; and some, my tribe, in chains."

Preckwinkle and other elected officials, all Black women, repeatedly impressed the need to keep on the pressure on the government to deliver reform, on a day Mayor Lori Lightfoot promised police accountability measures within 90 days. At 73, Preckwinkle observed that it has been only in her lifetime that the ballot has been extended to African Americans and public accommodation segregation banned across the United States. Yet the problem of endemic racism remains.

"Let me just say: I'm grateful to see so many of you out here today, but you have to understand we're in the fight of our lives, and it may take all of our lives to change this country," she said. It took generations of work to end slavery and give women the right to vote, and Preckwinkle told the crowd that they had to pledge to work their whole lives for freedom and justice for every American.

Dowell, who was among the first aldermen to charge the city with protecting downtown at the expense of outer neighborhoods as riots and looting reached a fever pitch, recalled the "sacred ground" of Bronzeville, Chicago's oldest African American neighborhood: "This is our community. And we built lots of parts of Chicago, and we're not giving it up."

King said the crowd protested through a pandemic "because there is a bigger virus than this pandemic: it's called racism."

"We have said to ourselves that we will risk our health and our lives because we know in the long run this bigger virus needs to be put out," she said.

In Washington Park, Pastor Otis Moss III of the Trinity United Church of Christ, 400 W. 95th St., observed that "looting has never led liberation, but one must understand that America was the first looter," from its colonization of Native American lands to the importation of West African slaves.

"It's still looting today, because we have a 'chief looter' in the White House right now," he said. "And the disease, more than anybody else, is not COVID-19, it's not COVID-1619, it's COVID-45 that is a problem. So we have to make sure that we get out and vote."

City Treasurer Melissa Conyears-Ervin, a former West Side state representative, said she was speaking not because of her elected office "but because I'm a Black woman."

Harris spoke last, thanking the crowd for a peaceful protest.

"I'm sick of coming to marches and all it is is a march. How're we going to hold them accountable?" he asked. He and other faith leaders would continue the push to hold elected officials accountable to real reform.