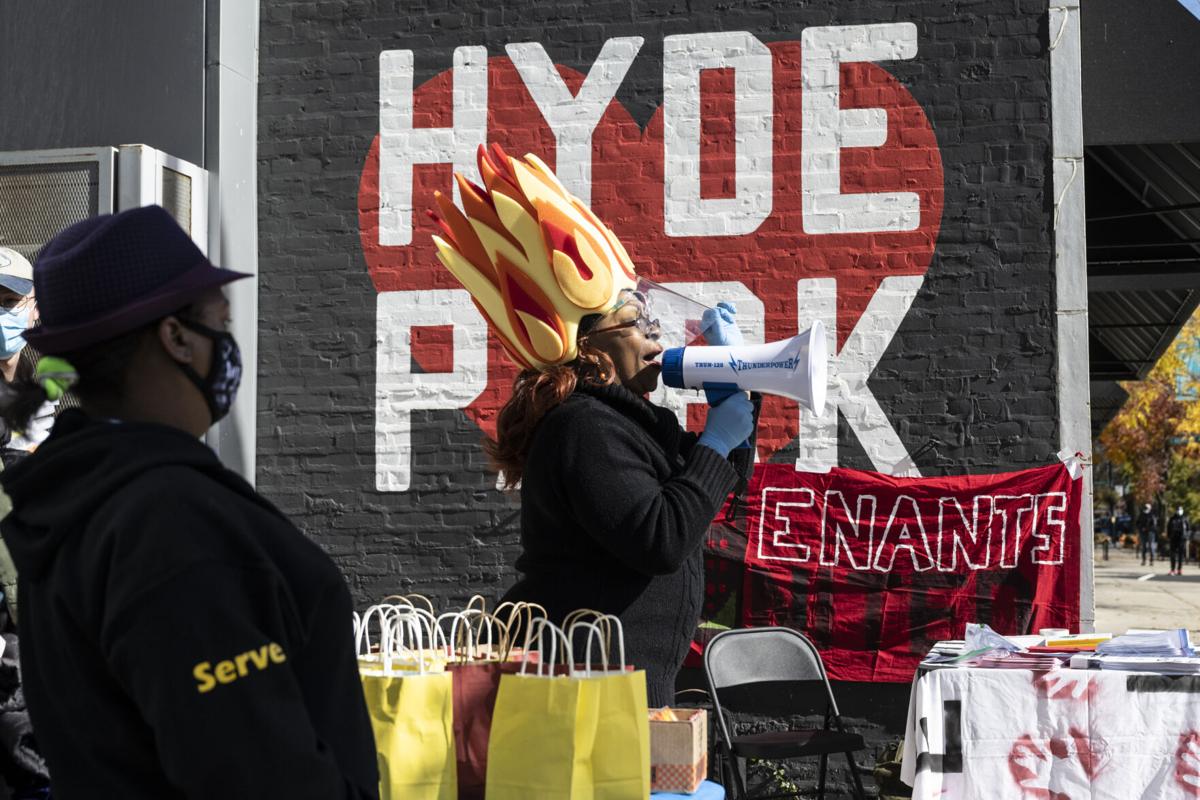 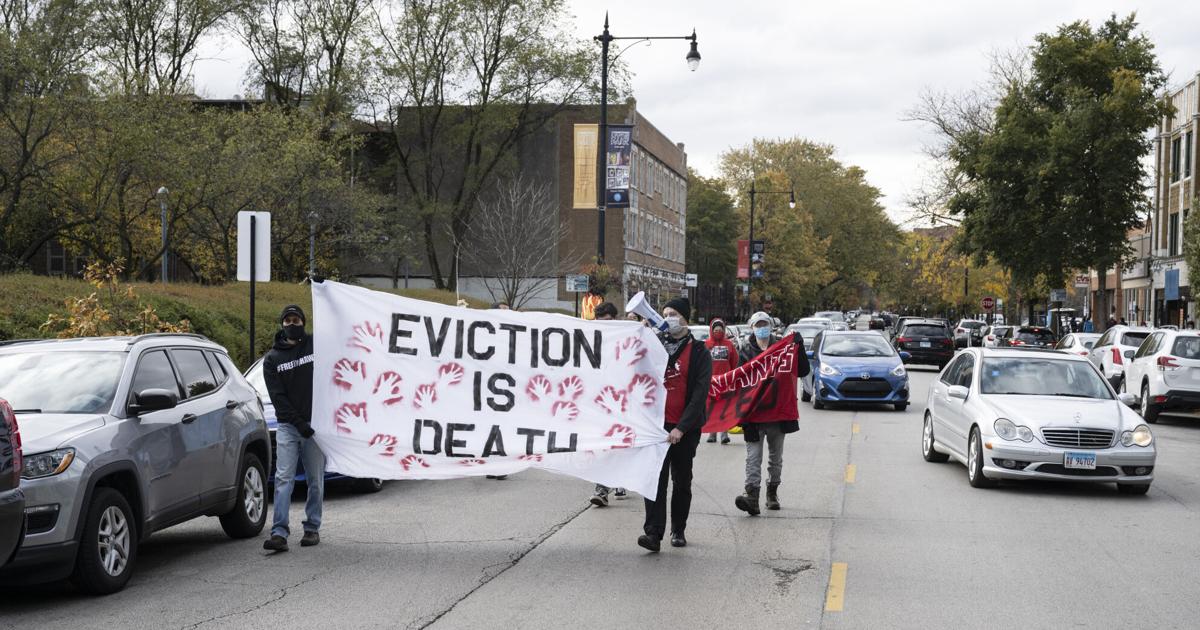 The Mac Properties tenant union held a protest on 53rd Street Saturday, warning of a coming eviction crisis and criticizing their landlord for failing to adequately heat its buildings.

The “Halloween Heat Strike” began around noon, with a small group of organizers setting up tables between Mac’s offices, 1364 E. 53rd St., and the adjacent Target. They canvassed for a few hours, handing out winter coats, space heaters, thermometers and naloxone to administer to people who have overdosed on opioids.

“We’ve been in this ongoing fight with Mac for heat — just heat,” said Faye Porter, one of the tenant leaders. Porter, who lives at 5120 S. Hyde Park Ave., said that icicles have formed inside her windows in the past because of the low temperature.

This year, she said, her heat didn’t come on until three weeks into October. (Under the city’s heat ordinance, the temperature inside an apartment building after Sept. 15 is required to be at least 68 degrees during the day and 66 degrees at night.)

Neighborhood tenant groups have sprung up since the pandemic took hold of the city earlier this year, staging rent strikes and protests over the spring and summer. Now, as the weather begins to turn cold, members say they’re worried about a surge in evictions, despite the statewide moratorium recently extended until Nov. 22 by Gov. J.B. Pritzker.

“We want to get prepared for this winter. We know that things are going to get rough in terms of illegal evictions, landlords neglecting their buildings illegally,” said John Hieronymus, a leader with the group Tenants United Hyde Park Woodlawn. “We know that tenants, and actually all Americans, are two paychecks away from being inside a house with a roof over their head and being out on the streets.”

At 2:30 on Saturday, about a dozen people, led in chants by Hieronymus and Porter, walked along 53rd Street behind a banner reading “Eviction is Death.”

April Ikenga, who lives in Austin, brought a passel of coats along to pass out. Ikenga founded and runs Isaiah’s House Chicago, which offers homeless support services, mostly on the West Side.

“It’s how I feel about people with no voice, like it’s a job and duty to help them,” she said. “It’s doing something for people who are invisible.”

Ikenga began her work a few years ago by walking around Austin with a shopping cart full of coats, food and other supplies, passing them out to people who needed the help.

After Saturday’s action on 53rd ended, she said she would head to the Illinois Department of Human Services building by Madison Street and Kedzie Avenue to pass out the remainder of her coats.

“We’re not going to get everyone a home right now — let’s be realistic about this shit,” she said. “But I want to be helping them.”

With winter weather, I wonder about adequate heat being provided to these tenants. I'm wondering about illegal evictions, as well. The City does have a tenant's rights ordinance, and all evictions must go through the courts. I wonder about these land - lords, as well, Will they get some relief? This creek smells terrible and I lost my paddle.