You are the owner of this article.
Edit Article Add New Article
You have permission to edit this article.
Edit
Home
News
Sports
A&E
Opinion
Obituaries
Multimedia
Announcements
Calendar
Archives
Public Notices
1 of 7 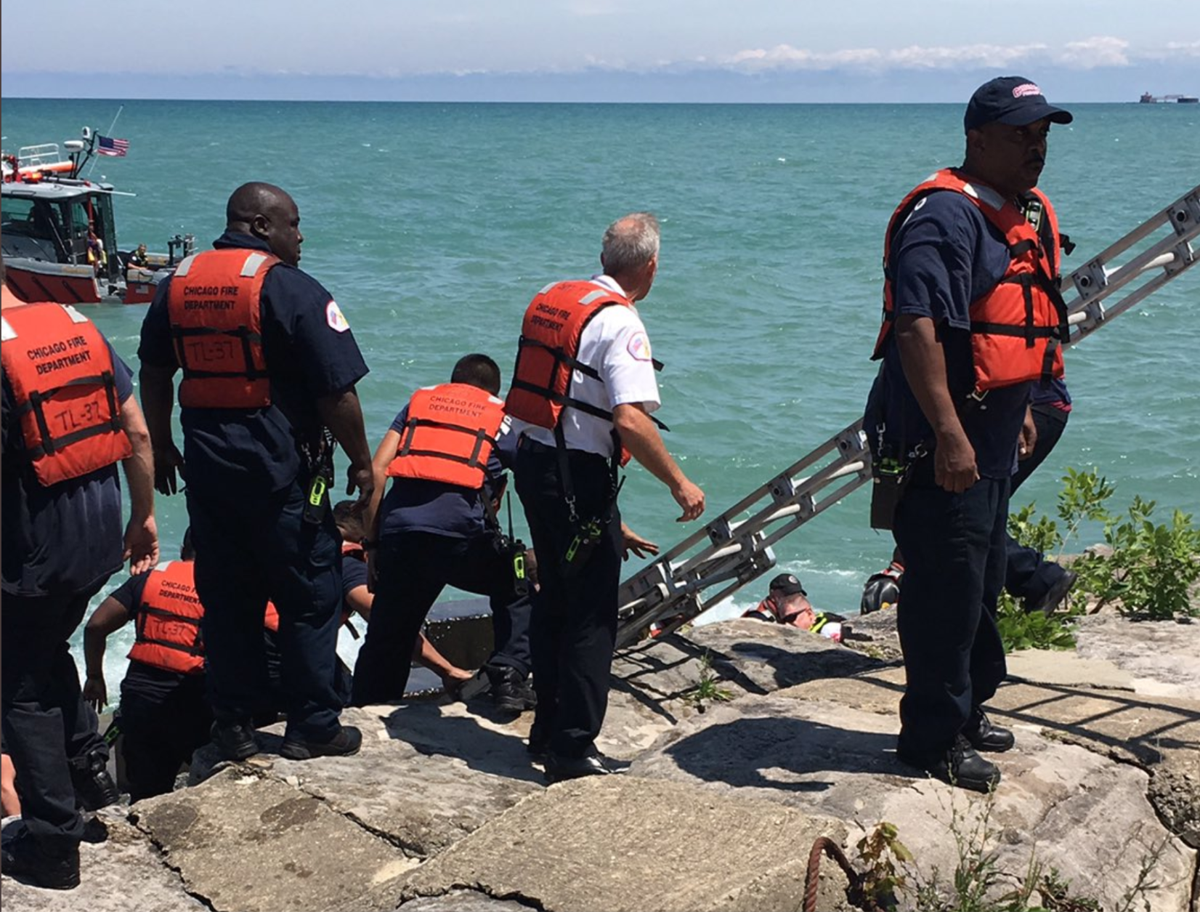 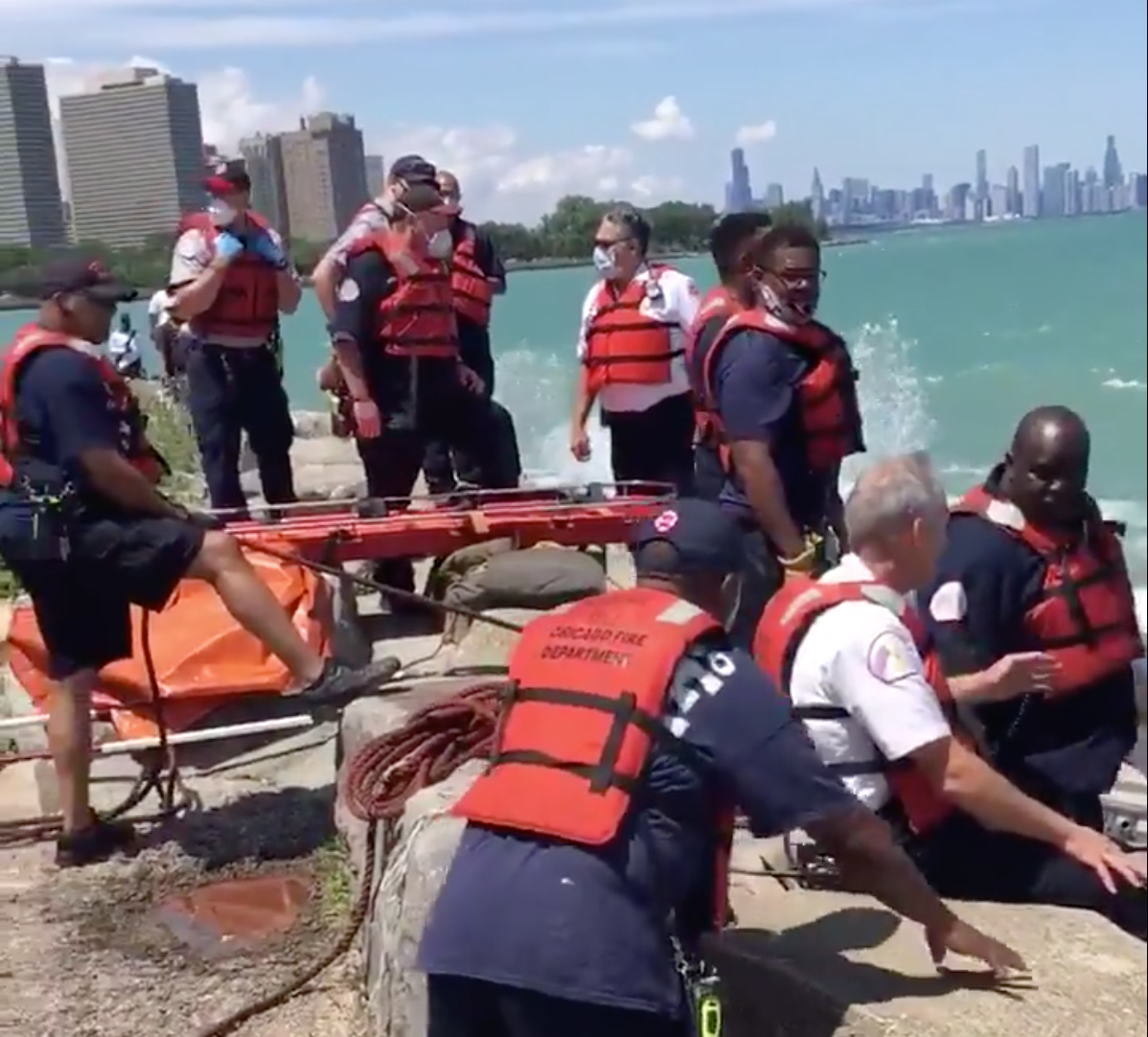 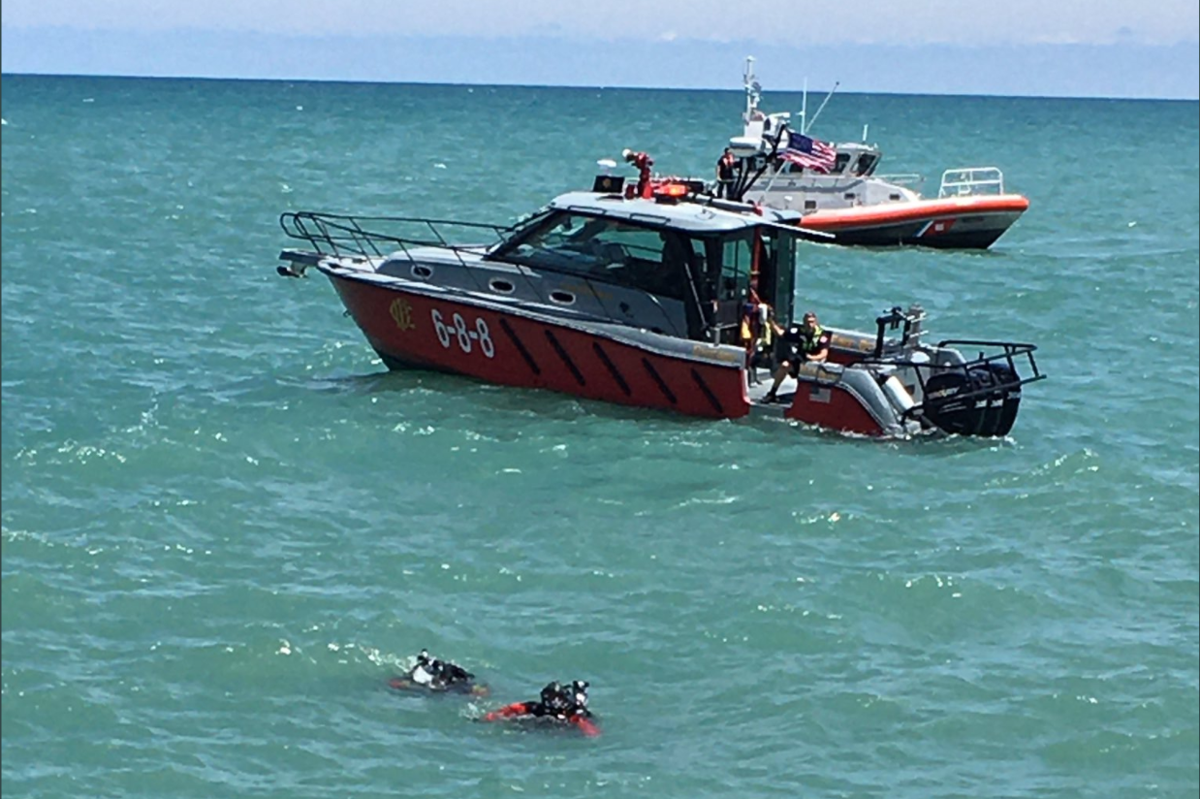 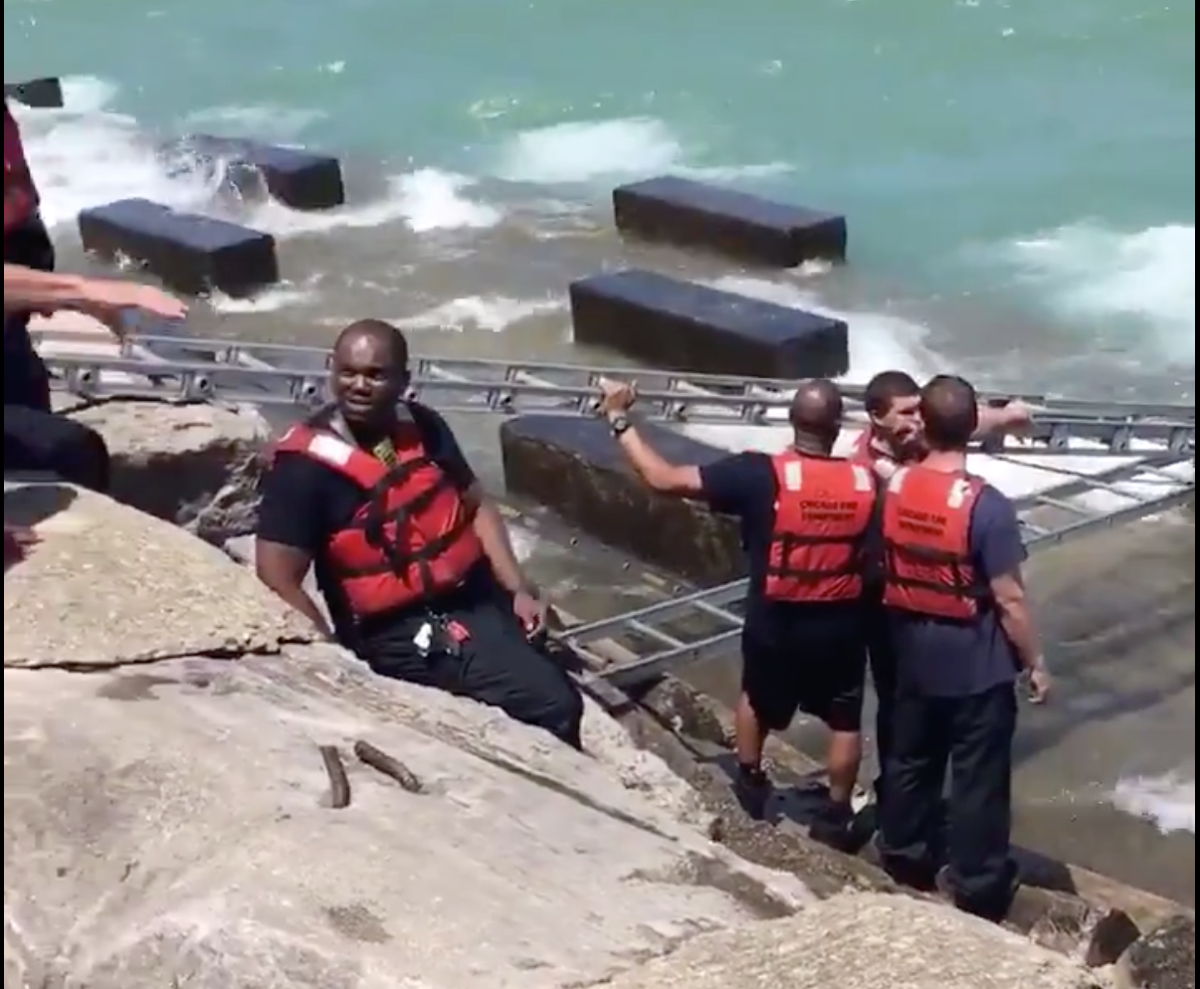 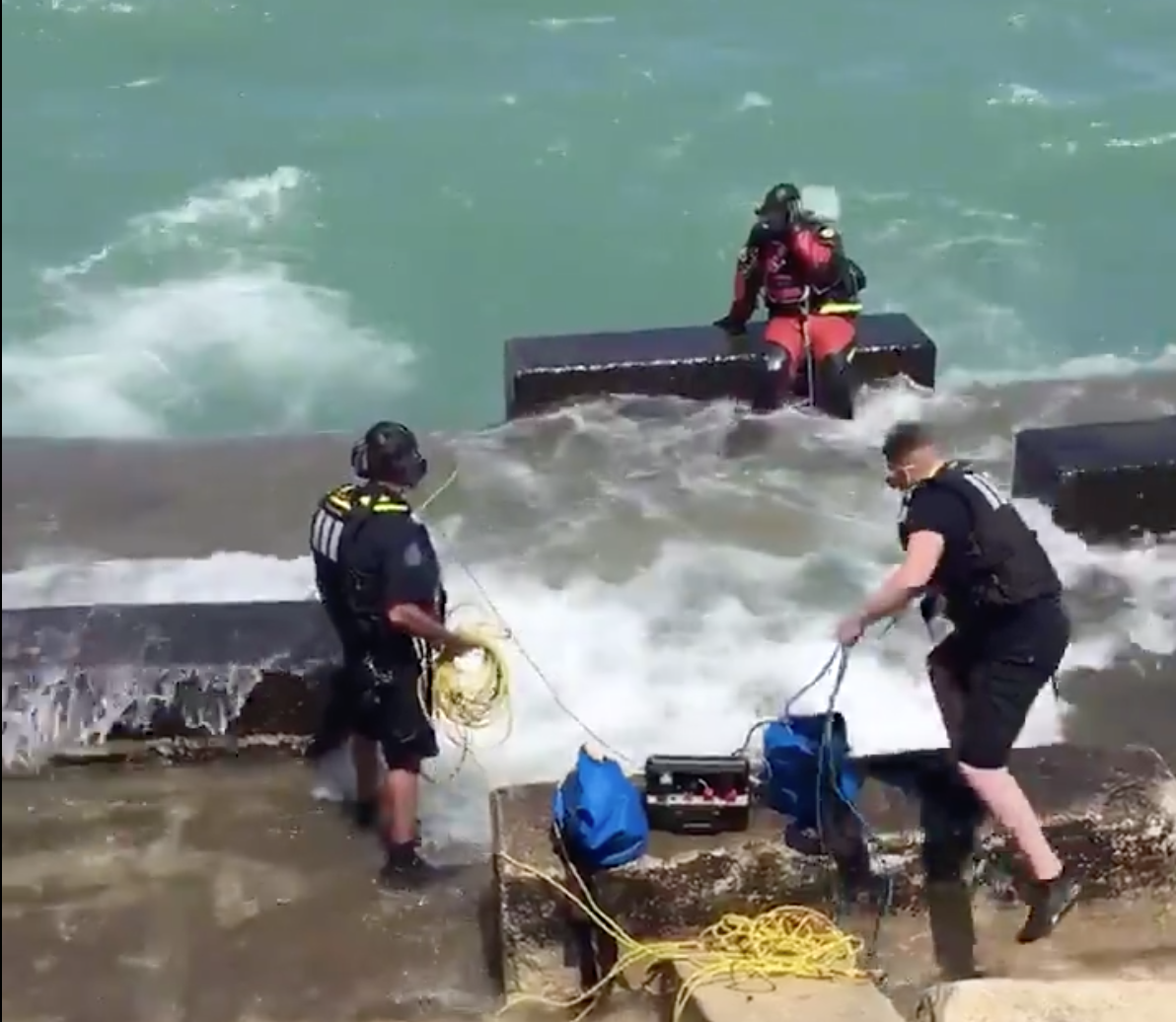 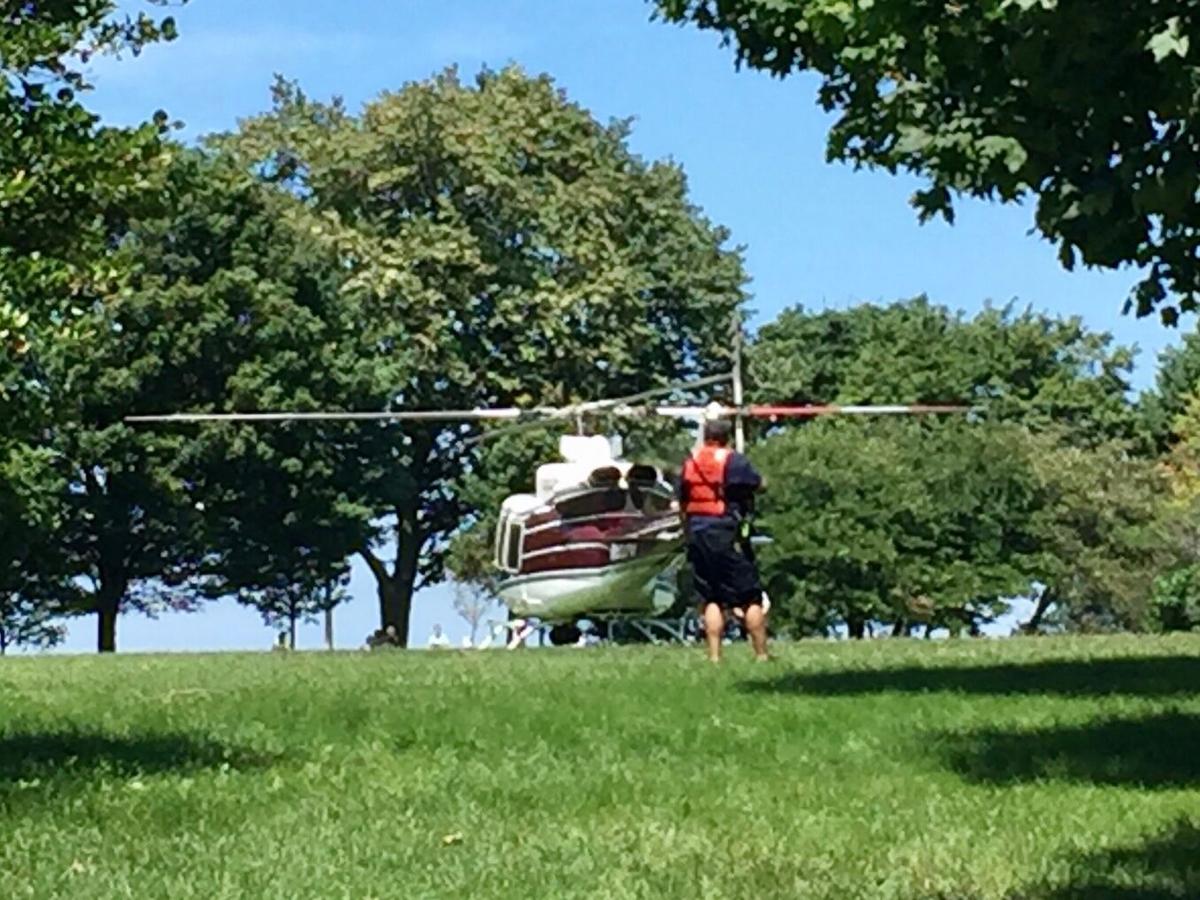 A helicopter responds to a man who failed to surface while swimming off Promontory Point, 5491 S. Lake Shore Drive, July 16. 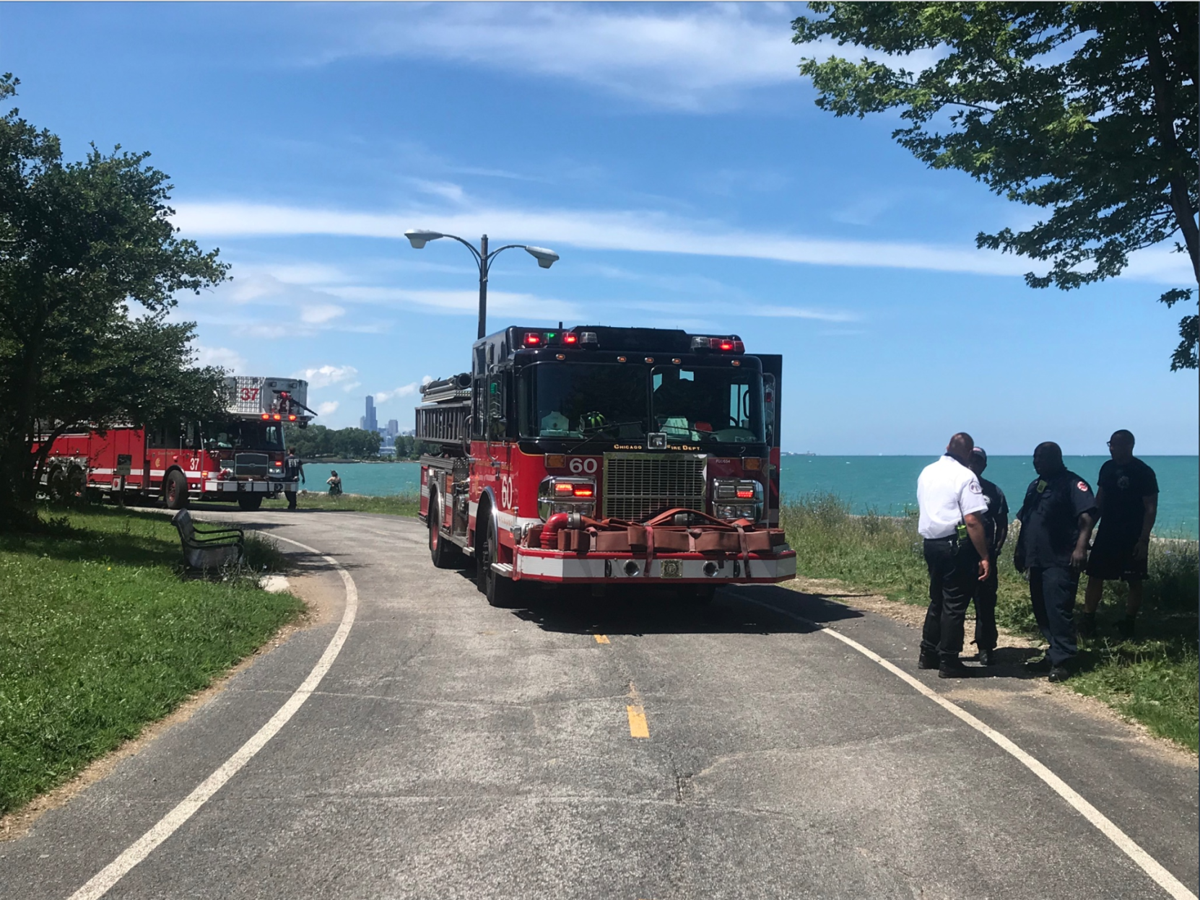 A helicopter responds to a man who failed to surface while swimming off Promontory Point, 5491 S. Lake Shore Drive, July 16.

Emergency responders pulled a swimmer from the water off Promontory Point today and rushed him to University of Chicago Medical Center where he died.

Larry Langford, Chicago Fire Dept. spokesman, said the victim is of Middle Eastern heritage and about 25 years old. The CFD estimates that the victim was under water for 40 - 45 minutes.

At the eastern tip of Promontory Point, Kenwood resident Anita Gigliotti said she saw the man's companions telling emergency personnel that they had urged him not to go into the water, which Langford said rescue divers described as akin to a washing machine.

"We got the call around 1 o'clock of a person in the water," Langford said. The city implemented a full water rescue response, with more than a dozen vehicles, two boats and a helicopter, staffed by paramedics, firefighters and police officers.
Within minutes, divers arrived by boats from the Coast Guard's station, 4001 E. 98th St., by van from from Engine 13, 259 N Columbus Drive, and by helicopter, from 95th Street.
"We put four divers in the water around 1:14 (and) started a grid search. On the second pass, they found him about 5-10 feet away from the rocks in very turbulent water," Langford said. "They got ladders, and they got him up. Ambulance Four started CPR, advanced life support, and they took him to University of Chicago critical, CPR in progress."
Scores of onlookers watched from Promontory Point.
Staff writer Christian Belanger contributed.