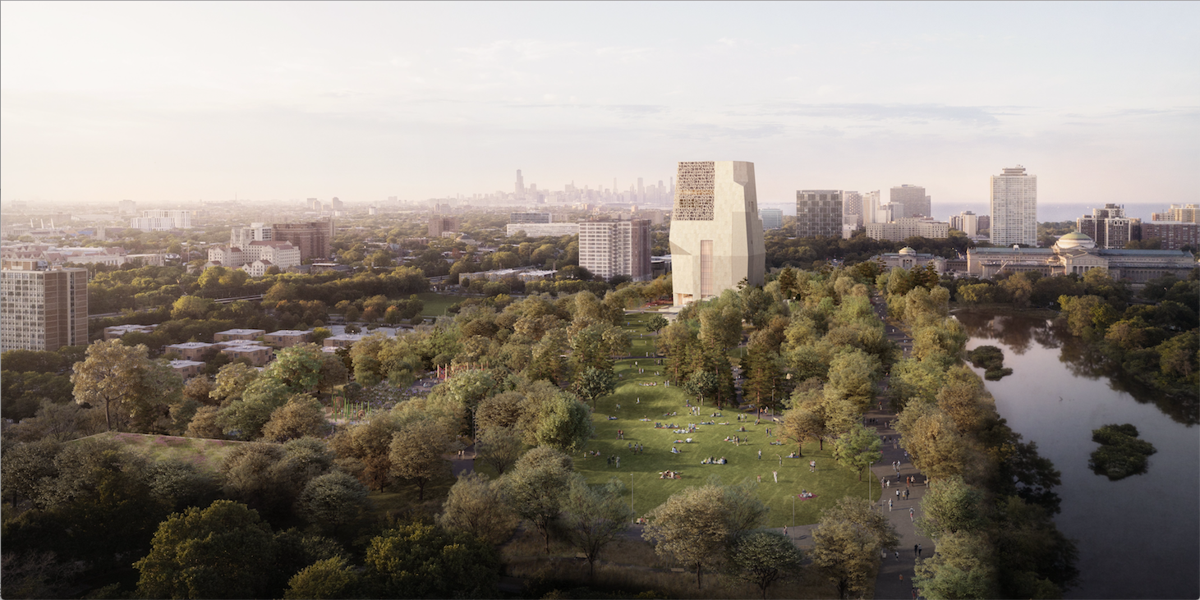 A north-facing rendering of the Obama Presidential Center campus in Jackson Park. 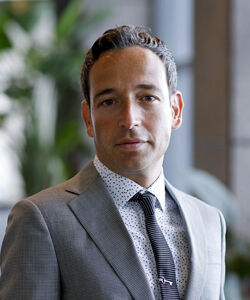 A north-facing rendering of the Obama Presidential Center campus in Jackson Park.

After federal district and appeals courts rejected the group's last challenge to the Obama Presidential Center, Protect Our Parks has launched a new suit arguing that the agencies which reviewed the project erred in not considering Washington Park instead of Jackson Park as the best location for the OPC.

Nadav Shoked, an expert in local government, land use planning and property law at the Northwestern University Pritzker School of Law, predicts that the Supreme Court court will reject POP's first lawsuit, currently on its appeals docket, and he takes a similarly dim view of the second suit's prospects.

"At this point, this is — I don't want to say their last pathetic shot, because God knows what else they're going to come up with, but at this point they are left with what basically are last-resort kind of arguments," he said. "It doesn't mean they're necessarily going to fail. I think they will fail, but who knows?"

Unlike the first case, Protect Our Parks v. Chicago Park District, the new one, Protect Our Parks v. Buttigieg, "doesn't really involve any kind of novel or interesting legal theory that should drag on or actually force courts, whether district courts or courts of appeals, to make some principled decision," he said. He predicted that the court would take much less time to decide this case than the last one.

Shoked compared the lawsuit to someone suing over construction of a new building blocking one's view; that view does not belong to anyone, so one would sue over the processes that enabled the building to be constructed in the first place. This "community procedural" is typically done to play for time; for instance, for a change in the market or for an amenable change in city government.

Unlike in the last case, when POP said, and the courts disagreed, that the OPC could not be built in Jackson Park because that parkland was protected by the public trust doctrine, POP now says that the federal government's agencies that reviewed the project "did not go quite meticulously enough through the procedurals as they should have," Shoked said.

"Because this is being built in Jackson Park, which is a park, close to water, on the National Registry of Historic Places and has traffic going through it, you have to go through a lot of agencies to get their approval," he noted. "Now they're saying that, yes, they went through these proper procedures, but they didn't do it correctly."

The gist of POP's argument is that the reviewing agencies did not look at viable alternatives, and specifically Washington Park, which at one point had been considered for the OPC campus.

The agencies that did the reviews, the Federal Highway Administration, the National Park Service and the Army Corps of Engineers, have "dozens and hundreds of these cases in front of them every day," said Shoked, but "alternatives" in those cases usually involve considering whether things like pipelines can be moved a short distance away from a historic or environmental site. In those cases, the agencies are thinking about efficiency versus harm to a site.

In this case, the question is not about whether the OPC would be more or less expensive in one place or another, but whether it would achieve the same goals in one location over another. "It assumes that the agency should have decided what the best location for a park amenity is," Shoked said. "I don't think it's what the statutes imagined."

Asked about the later reference to a supposed infraction of the public trust doctrine in POP's court filing, Shoked said, "Some people just can't let go."

He predicts POP will ask the court to delay OPC construction, observing that POP "at least in theory" has a good argument for a temporary injunction as any changes on the ground will change their argument in case the group wins. In order to get an injunction, POP needs to show irreparable harm if they do not get one, and they need to show they have a fairly good chance of winning.

Shoked said the battle will be on the latter point. He predicts that the district court will throw Protect Our Parks v. Buttigieg out and that the appeals court will not take it up.

"The city could always argue that the process dragged here for a good, long while," he said. "It took roughly two years across two administrations. I think that that should probably help the city. I've said before, the argument here for the plaintiffs is to try and persuade the court to buy into this argument that agencies should have considered their proposition that the center should just have been situated elsewhere to avoid all these harms. To my mind, that's asking too much."

"Should we have a pipeline or not; should we have a center or not — it's not what those agencies were entrusted with doing," he said. "Agencies get a lot of leeway from courts. Courts are restrained in their willingness to deal with agency decision-making."

"It doesn't make it a bad location, because of course there's a reason they picked it. But from a legal perspective, it's a very dramatic location."

This is so stupid. You've had this Northwestern law professor chime in at least thrice about a lawsuit for which he has absolutely no standing. He's not a Hyde Parker, let alone a South Sider. Why don't you interview relevant law professors such as Richard Epstein, or relevant plaintiffs such as Prof. Tom Mitchell, or resident activist/journalists such as Jamie Kalven? They might have intelligent and relevant things to say and can safely and strongly say them because they have standing in the community.

So Shoked says "POP now says that the federal government's agencies that reviewed the project "did not go quite meticulously enough through the procedurals as they should have," Kinda careless reading for a law professor. The new lawsuit cites the precise provisions of the national Environmental and Historic site protection statures that mandate a federal review which includes taking evidence on "Avoidance", of construction in an historic public park and cites the records showing the NEPA examiners IN VIOLATION OF LAW AND THEIR SWORN DUTY REFUSED TO HEAR ANY EVIDENCE ON AVOIDANCE. All the current lawsuit seeks is enforcement of the law, and provides examples of the evidence that the examiners arbitrarily refused to hear. I don't know kind of law Shoken practices but I was taught that Democracy depends upon existence of unbiased laws and faithful compliance with the law. Failure to do is why corrupt people go to jail. It's called the Rule of Law. and it's guaranteed by the Constitution. Some people in their zeal to seize public property for their own ends tend to forget that and the sworn oaths of office they take. Professor Shoken I have been a trial and appellate lawyer for over 50 years and I am available to explain all this if you missed it in law school.

I really don't think this fellow understands the second lawsuit. We were supposed to have federal reviews of the impact on the Historic aspects of the Park. Instead, we saw the rubber-stamp approval process. Then, there was an Environmental assessment, that one failed to point out their 235 foot tall tower. Again, rubber-stamp process, not actual review. We paid millions for these reviews, and we got nothing but automatic approval. That's why we are back in court, and I think the Herald needs to find better legal advise. These reviews were anything but thorough, and litigation has resulted.

We have a very simple, practical solution: just give the whole Jackson Park to the Obama Foundation. Rename President Andrew Jackson Park - President "Obama Park". - just add strict requirements that they can't build 23 story high rise buildings in "Obama Park".; Also no above and below ground parking lots... it's a green space in the our lakefront city public park, modeled after London England's "Hyde Park". In so many instances there are simple solutions to supposedly complicated, contentious conflicts. So just give the Obama people the whole Jackson Park, but keep it a free and open, nature preserving public park.

I agree, the Park should be re-named in Obama's honor. As to the requirement prohibiting high-rises, I very much doubt Mr. Obama will go along with that. We've reached out to Mr. Obama and his foundation, asked them to consider environmental impact. In four years, we haven't been able to schedule a single meeting. This is a boondoggle, a development inside the Park. Most Chicagoans' would like to see the Lakefront protected. Mr. Obama no longer resides in Chicago. Why does he seek to develop the Park? Why Not a location in the City?