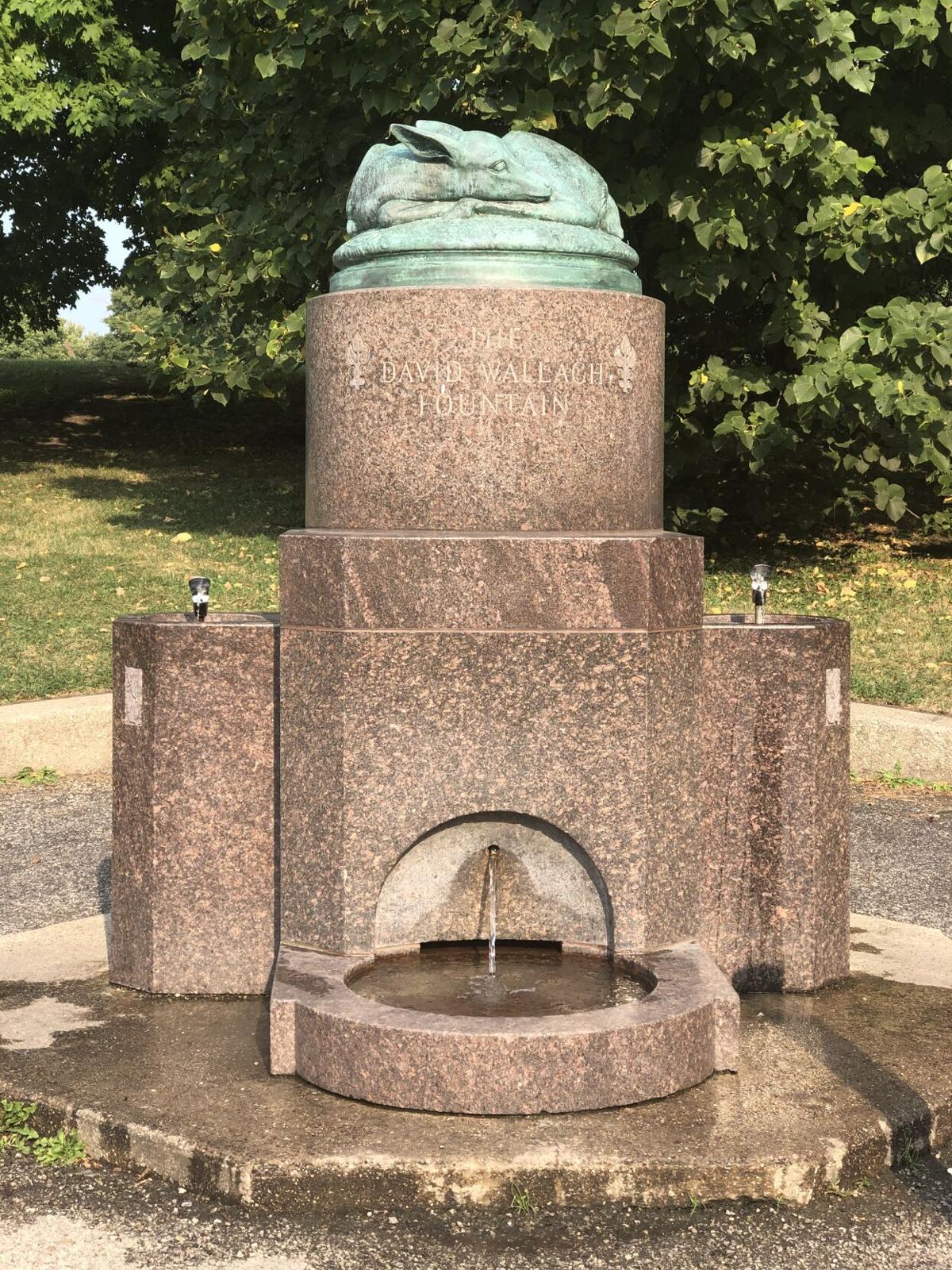 The David Wallach Fountain, located east of the 55th Street underpass, past the tunnel leading to Promontory Point. 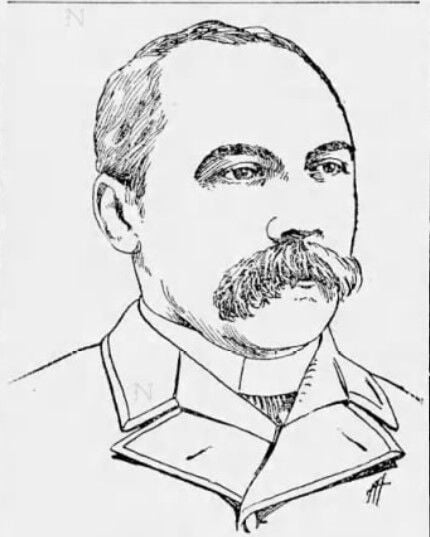 A sketch of David Wallach in the now-defunct Chicago Chronicle.

Patricia Morse is a historian and Hyde Parker. She’ll combine the two avocations in her new series for the Herald, looking into the past of everyday objects around the neighborhood. If you see something new or familiar you’d like Patricia to explore, send her a message at hydeparkquestions@gmail.com.

I love walking through the 55th Street tunnel to the Point and seeing the fawn on the David Wallach Fountain. But who was David Wallach?

David Wallach was born in Prussia in 1832, immigrated to the United States at 18, and moved to Rockford where his brother had a store. In the 1860s, he became a partner with Cahn, Wampole & Co., wholesale clothing manufacturers based in Chicago. After his retirement in 1891, he dabbled in a photographic supply business. At his death in 1894, the Cook County Death Index called him a “capitalist.” He called himself a “wholesale clothing merchant,” but I’d label him “philanthropist.” The Chicago Chronicle said that, despite Wallach’s wish for quiet giving, the board of every charity in the city knew him and knew that, if they reached out, it was never in vain. He was a member of Chicago Sinai Congregation, whose influential rabbi, Emil G. Hirsch, inspired his congregation to address the social ills of the day.

Wallach’s will made his philanthropy visible. Among the bequests were ones to Michael Reese Hospital, the Institute for Crippled and Destitute Children, and homes for the elderly. About 10% of his estate went to the Chicago Orphan Asylum. The need was great because smallpox and cholera epidemics orphaned children throughout the 19th century. He didn’t just give cash. He also gave his time, bringing the children treats because he wanted them to have some joy. After Wallach’s death, his close friend, Edmund J. Doering, wanted the children to remember “their staunchest supporter” so he endowed an annual “David Wallach Day” with puppet shows, magicians, ice cream, and cake for the 200 children. But the annual day faded away in a few years.

There was one donation in Wallach’s will that caught the Tribune’s eye. Upon his wife’s death, $5,000 ($159,000 in 2021 dollars) would finance a fountain for “men and beasts” at a location south of 22nd Street, north of 33rd Street, and east of Michigan Avenue. Wallach had lived at 3332 S. Vernon. It was his gift to the working horses in his neighborhood and one he was willing to put his name on. But no fountain appeared.

In 1914, his sister in New York wrote the mayor of Chicago asking why there wasn’t a fountain. The city scrambled to unearth the will. Alderman George F. Harding, Jr. (yes, the Harding who collected medieval armor) was delighted. Harding had gone to school with Wallach’s son, and he thought the intersection at 35th Street, Vincennes, and Cottage Grove Avenue in his ward would be perfect for a dramatic fountain. And yet, no fountain.

In 1937, Wallach’s heirs asked again. Lawsuits ensued. Once the dust settled, the heirs and the Park District looked for a location. Wallach’s heirs were living in Hyde Park, in the Parkshore on 55th Street near South Shore Drive. They had watched Alfred Caldwell landscaping Promontory Point next door and thought the new park would be an ideal setting. The American Legion and Veterans of Foreign Wars didn’t agree. They sued to move it to 47th Street. The judge tossed the case, saying the will specified 55th Street, which, of course, it hadn’t. Whatever their plans were, by the time the VFW and the Legion tried to get their hands on the will, it was too late.

The Park District and the heirs held a design competition, which local artists Frederick Hibbard and Elizabeth Haseltine Hibbard won. Elizabeth Haseltine designed my favorite part, the fawn. Haseltine taught at the University of Chicago and assisted Lorado Taft. She was acclaimed for her Baby Pegasus sculpture, which she exhibited several times at the Art Institute. I suspect Baby Pegasus would have delighted Wallach, but Haseltine wanted something naturalistic to match Caldwell’s landscape. She modeled her statue after a fawn waiting for its mother that she saw at Lincoln Park Zoo. I suspect the artists also wanted a rounded shape atop the streamlined Art Deco base.

The base, designed by Frederick Hibbard, is Dakota Mahogany granite. It’s polished to protect it from the weather even though it’s very hard rock, billions of years old. They wanted a monument that would last. By 1939, working horses were rare. There were bridle paths nearby, but the committee argued that horses couldn’t access the Point. They stopped trying to fit a horse trough into the design. Instead, they accommodated “men and beasts” with a low basin for dogs and three drinking fountains sized for children. His heirs knew David Wallach wanted to serve the children.

Thank you, we walk past this statue frequently and knowing the history makes it that much more interesting.

I'd suggest a story on the oak savanna, on Wooded Island. The US Soil Conservation Service did borings, found evidence this ecosystem is over four thousand years old. Many of those trees predate the Park. It is a mycorrhizal community, a rarity in the City.

I certainly think the story of the faun's theft (c1980?) and its recovery from the North Side should have been mentioned.

To HPdecades--My goal was to answer a specific question rather than tell a whole history--but maybe that needs to be rethought. For those who want to read more about Haseltine and the further adventures of the fawn, I did write a blog post https://trishmorse.blogspot.com/2021/04/elizabeth-haseltine.html

Great addition to the Herald. Trish is a very entertaining writer who does thorough research and then tells an always-interesting story.