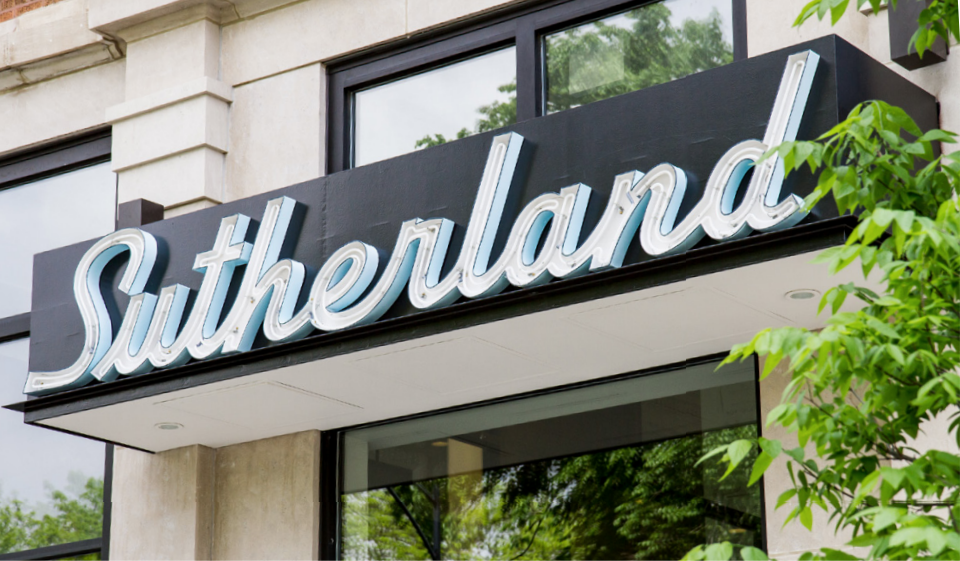 The Sutherland sign as it typically appears at 4659 S. Drexel Blvd. 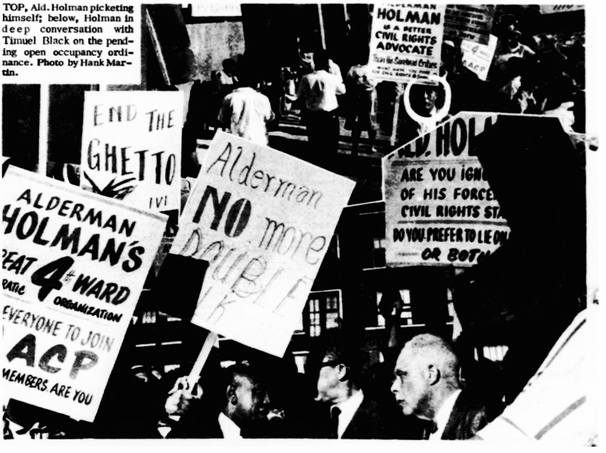 The Herald's photo spread of Timuel Black's July 1963 protest of the Sutherland Hotel. 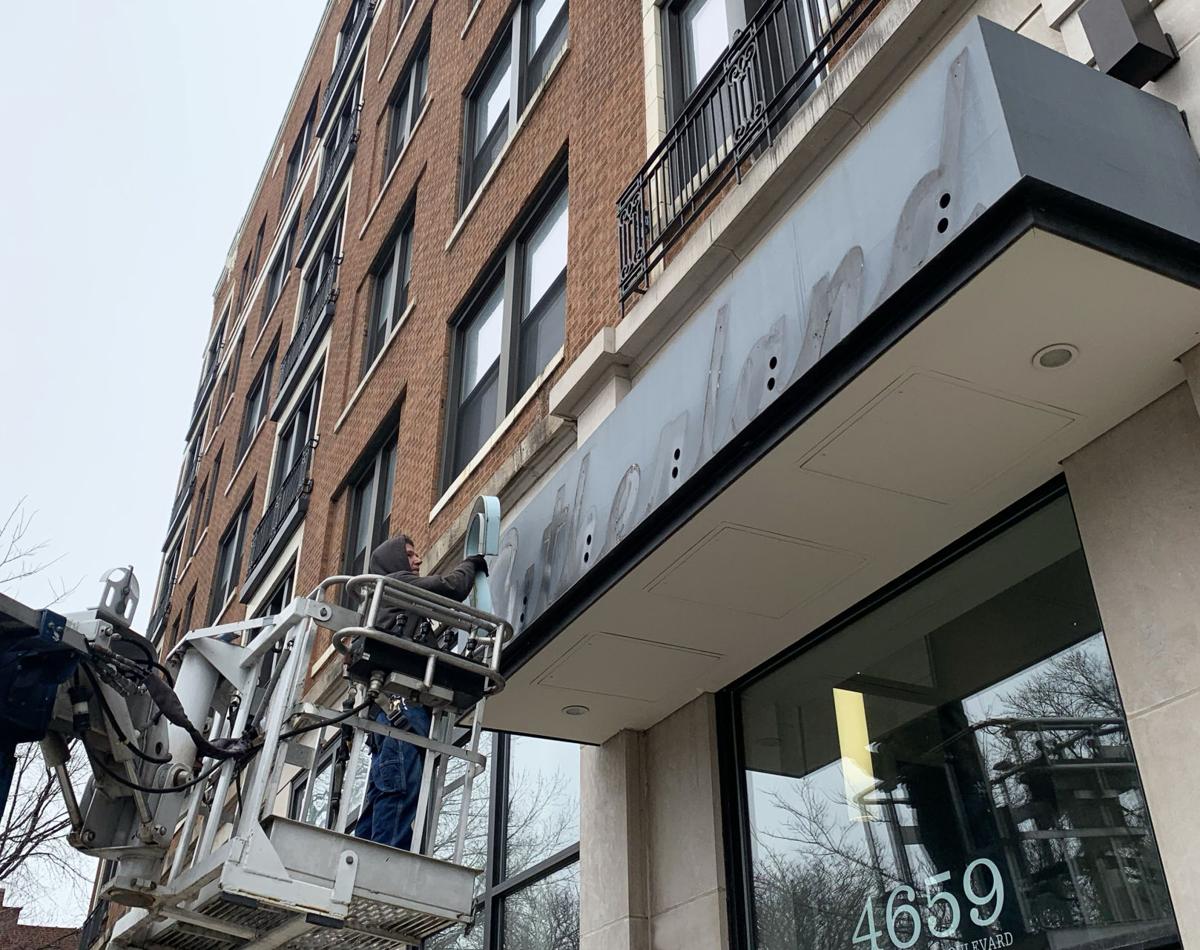 Crews take down the sign at The Sutherland, 4659 S. Drexel Blvd., for inclusion in a traveling Smithsonian Institution exhibition on "The Negro Motorist Green Book," Feb. 25.

The Sutherland sign as it typically appears at 4659 S. Drexel Blvd.

The Herald's photo spread of Timuel Black's July 1963 protest of the Sutherland Hotel.

Crews take down the sign at The Sutherland, 4659 S. Drexel Blvd., for inclusion in a traveling Smithsonian Institution exhibition on "The Negro Motorist Green Book," Feb. 25.

The sign for The Sutherland apartment building in Kenwood has been temporarily removed and loaned to the Smithsonian Institution for a touring exhibition on the mid-century "Green Book" guide for African American travelers.

Before its conversion into rental units, the seven-story Sutherland Hotel, 4659 S. Drexel Blvd., was famous for its lounge, one of Chicago's premier venues, known especially for its experimental jazz, and was listed on the National Register of Historic Places (NRHP) in 2011.

"On Drexel Boulevard, it's the Sutherland Lounge, long a favorite for its excellent steaks and fried chicken," the Herald reported on Oct. 11, 1950, in an article about the neighborhood's nightlife, noting that it was open every day until after 4 a.m.

Per its nomination for listing on the NRHP, Dizzy Gillespie, John Coltrane, Thelonious Monk, Billie Holiday, Nina Simone and Sarah Vaughan performed there. It integrated in 1952.

"When we first opened with the sextet at the Sutherland," Miles Davis wrote in his 1989 memoir about a Christmas 1957 performance, "we hit and tore up the place, and that's when I knew it was going to be something else. That first night in Chicago, we started off playing the blues, and Cannonball (Adderley, the hard bop saxophonist) was just standing there with his mouth open, listening to Trane playing."

Show listings and reviews from before the lounge closed in 1964 pepper the Herald archives, but the Sutherland also factors into the area’s political history. Timuel Black led protesters in a 1963 picketing of the Sutherland, which then hosted the 4th Ward Democratic headquarters, calling for Ald. Claude W.B. Holman to support an open occupancy bill tied up in a City Council committee.

The Sutherland Hotel closed in 1982. It was rehabilitated seven years later and is now owned and operated by Mac Properties, 1364 E. 53rd St., as studio, one- and two-bedroom apartments. Mac will install a temporary sign for the property in the coming months.

"The Negro Motorist Green Book," commemorated in the 2018 Oscar-winning film, was published annually between 1936 and 1967, guiding Black travelers to hotels, restaurants, gas stations and other facilities that would accept their business. The Sutherland sign will be on loan to the Smithsonian exhibition, which opens at the National Civil Rights Museum in Memphis, Tennessee, on June 13, through 2023. Mac Properties reports it will be re-installed in early 2024.

The NRHP application also quotes Chicago saxophonist Von Freeman, who summarized what the Sutherland meant to music and the city.

"I heard practically everyone in jazz play at the Sutherland," he said. "I played there, too, and the crowds were beautiful, man. The acoustics were terrific, the bandstand was nice and the place was mixed racially — Black and White people would listen together, which was a beautiful thing."