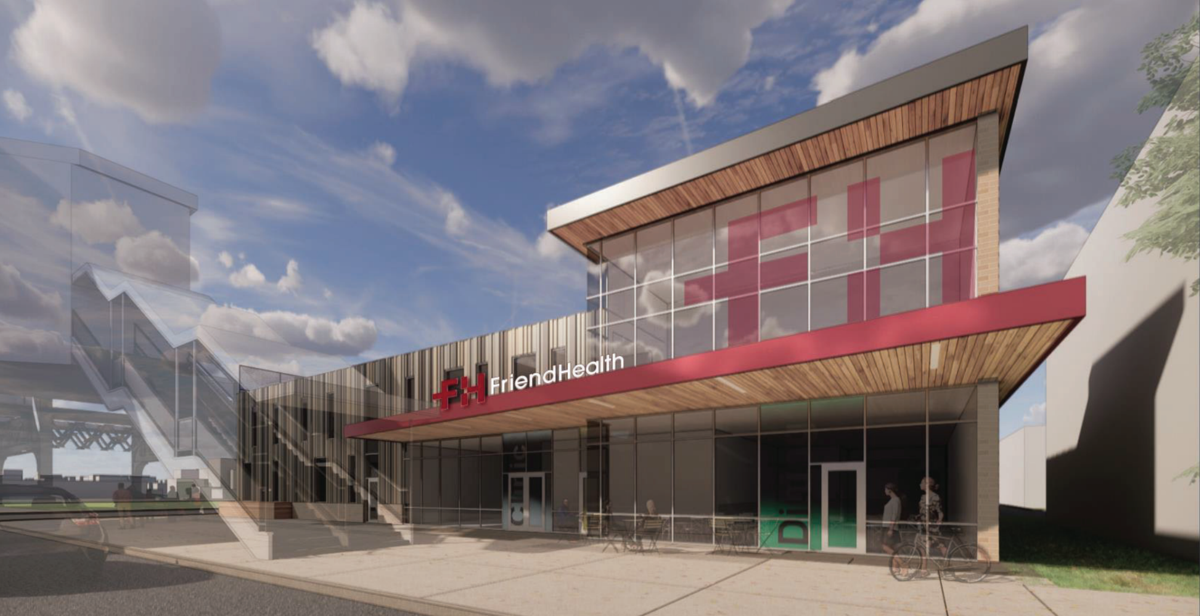 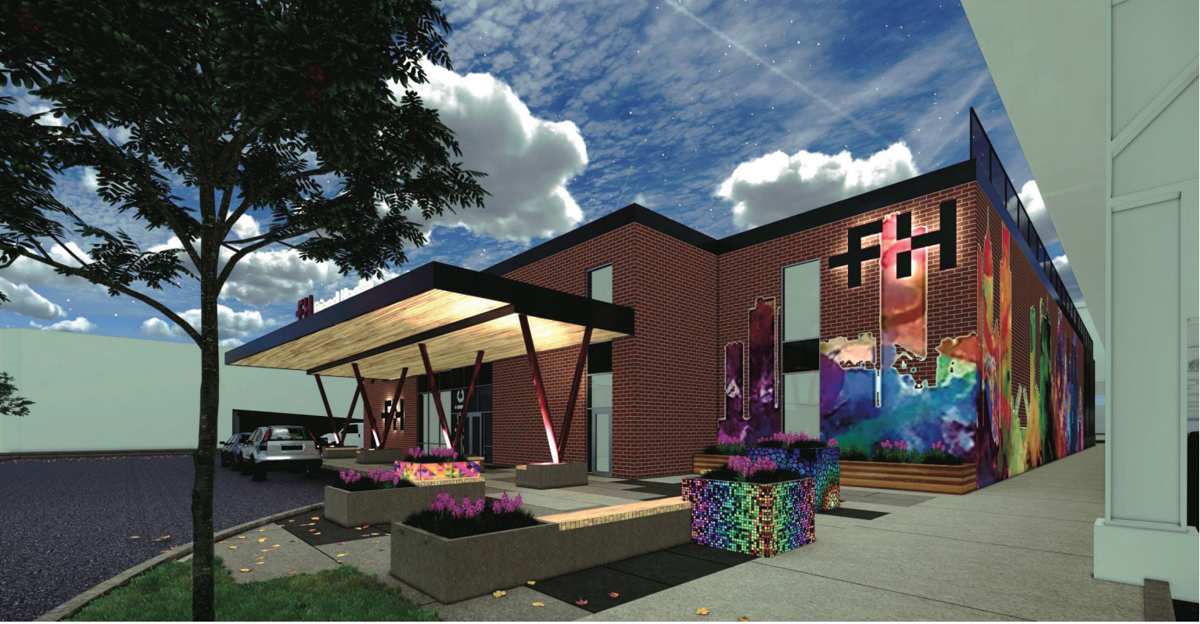 The west entrance of the new Friend Health headquarters in Woodlawn 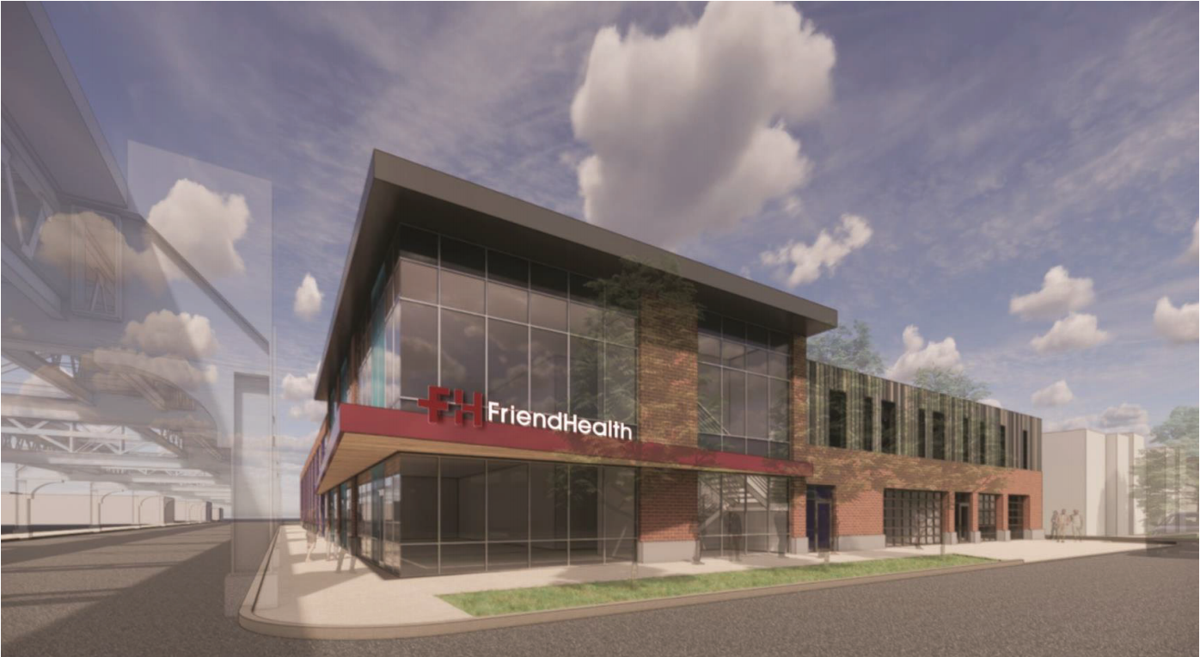 The west entrance of the new Friend Health headquarters in Woodlawn

After a quarter century, Friend Health will own its headquarters and main clinic for the first time next year when it opens a 45,000-square-foot, transit-adjacent facility at the corner of Cottage Grove Avenue and 63rd Street.

"The need for services is so huge," she said. "For example, we'd love to be able to provide dental services, and we just have no physical space to do so. We'd love to bring on additional providers, ergo we decided rather than adding on or adding a separate location, that this was an opportunity to build the type of location that would truly serve all the needs of the community. We thought 63rd and Cottage Grove represented an ideal location."

The new main building will be two floors and provide comprehensive services: family medicine, obstetrics and gynecology, internal medicine, pediatrics and a pharmacy. Mammograms and ultrasounds will start being offered, as will a same-day-need clinic.

Once built, the behavioral health team will be located in each section. In a new 15,000 square foot annex building across the street, to be completed in the fall of 2022, there will be a dental suite for adults and children, serving Medicaid, Medicare, no-insurance and commercial patients.

Staffing, including providers, will expand by 15%.

The building will be adorned with public art, including a mural and mosaic, and it will have community meeting rooms. It is expected to be completed in the spring of 2022.

Friend Health's current facility, which has housed the federally qualified health center since its establishment in 1997, is made of cinderblocks. Thompson said it is not built to handle, from an information technology perspective, the kind of medical flow needed to facilitate integrated health care.

Thompson thinks Friend Health services will start winding down from their Hyde Park headquarters sometime next year, once the new Woodlawn facility opens.

"We believe that we are constructing a facility to meet the need, but every day there's no deficit. There's approximately 1,000 new patients every month," she said. "So continuing to grow at at that rate, we'll try to remain nimble and make sure that we're here to meet that need."

Friend Health was established in 1997 by the University of Chicago as a commitment into community health; the university had two maternal-fetal clinics that were combined together, and the Friend Family Foundation and Michael Reese Trust provided funding.

The next year, however, Friend Health became a FQHC, a community health care provider that receives federal money for providing primary care in underserved areas, and became an independent entity with its own board. That said, because Friend Health was founded at the university, they still lease their headquarters.

Friend Health sought and received $8 million in tax increment financing (TIF) money, and the U.S. House of Representatives recently included $250,000 in federal money for the project in the appropriations process. Thompson said the nonprofit health provider has its own equity and has additionally gotten more grant funding and favorable borrowing.

"It's always great when you own a facility, because you don't have any unpredictability as far as leasing arrangements, and there's just a level of autonomy that you have when you own the building," she said. "We put in equity from our own savings, our own funds in the organization. We are the recipients of some funding. We went through a community process in the fall, in the 20th Ward, to put forth the project, to get input from the community."

"We're really doing this with an intent to stay focused on the community and make sure that we're meeting the needs of the community," Thompson said. "We think that this is going to be a great thing for all parties."