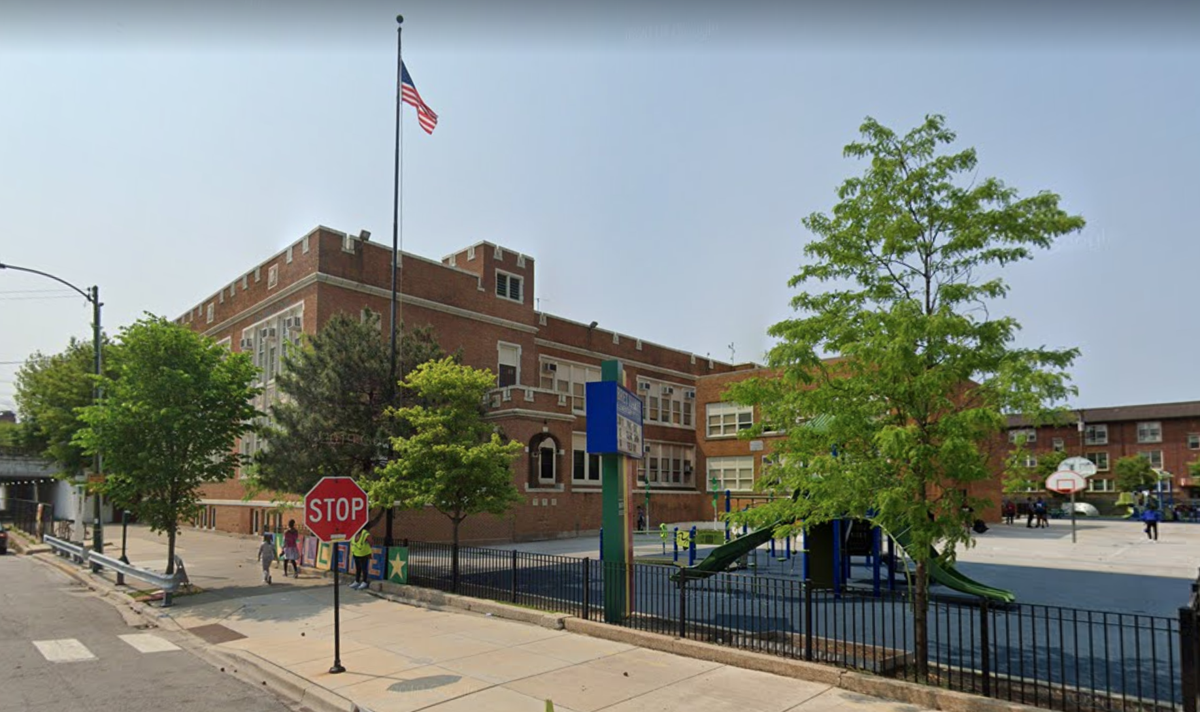 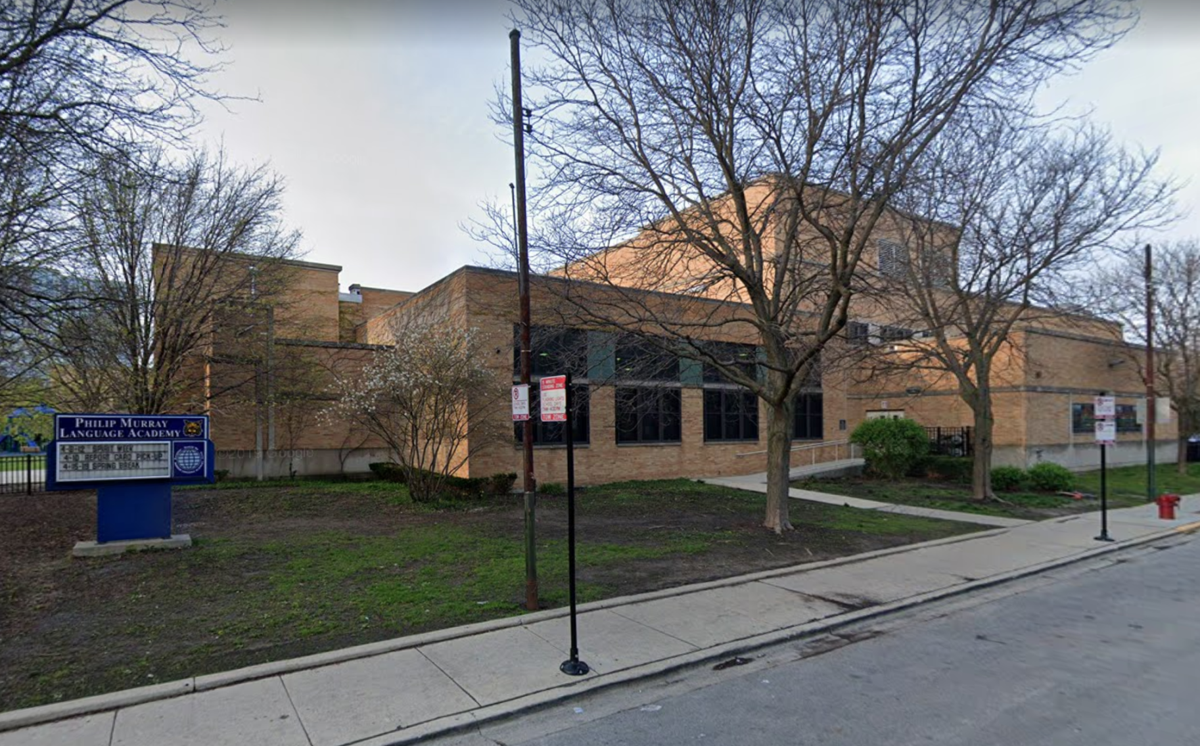 Given the nature of a respiratory pandemic and unvaccinated students — and the inability of students younger than 12 to get vaccinated against COVID-19 — identified coronavirus cases and subsequent quarantining of their close contacts are bound to happen at local CPS schools this academic year.

Outside of extraordinary quarantining incidents, the Herald does not plan to cover school quarantines in detail. We do, however, plan to include notice of identified COVID-19 cases and close contacts at local CPS schools in our weekly COVID-19 coverage, which will continue for the foreseeable future.

The first week back at two Hyde Park Chicago Public Schools elementary schools saw identified cases of COVID-19 at Murray Language Academy and Bret Harte Elementary School that resulted in scores of students having to quarantine and return to remote learning.

Bret Harte also identified a case the week of Sept. 8, though no close contacts were identified.

CPS does not delineate between adults and students due to privacy laws. Some cases involve people who were at multiple schools, in which case the individual is recorded at each school visited where there were close contacts. "Close contacts," as defined by the Centers for Disease Control and Prevention, are people who were within 6 feet of a person with COVID-19 for 15 or more minutes for a 24-hour period during that person's contagious period, with or without a mask.

As summarized by Chalkbeat, close contacts who are vaccinated and show COVID-19 symptoms should get tested and stay home until they receive the results. A positive result means the student should quarantine for 14 days. Students who test negative should still stay home until they no longer have symptoms and have not had a fever for 24 hours.

Vaccinated students without symptoms can return to school. CPS recommends they get tested again 3-5 days after they get exposed.

Unvaccinated students who have been in close contact with someone with COVID-19, however, must quarantine for 14 days, during which they will be taught remotely. Remote instruction has resumed for some students at Murray and Bret Harte.

The first weeks back at Bret Harte "have been a mix of emotions," said Principal Charlie Bright in an interview. All the teachers, custodians and lunchroom staff are back. "There's been a lot of excitement with all the students finally coming together for the first time in over a year, where we have full classrooms of students."

They're taller and stronger now. Some of the boys have peach fuzz. "But the energy is still the same," Bright said, "and it's been warm energy. That part has been very exciting."

When Bright called the families of the children who would need to quarantine for two weeks — a painful process, he said — what surprised him was how so many of them had already been touched by the disease.

"I think that's one of the reasons our families are understanding of the decision of CPS to quarantine classrooms. So many (families) have already seen the impact," Bright said. "They know the impact, and some of them are still dealing with the impact of COVID in the households."

Families are emotionally exhausted by the pandemic, Bright said, but they understand why this action has been taken.

"They want their kids safe," he said. "They don't want to bring it to their homes, so while it's a slight interruption to the process that we were building to bring kids back, our parents understand that, in the long run, the kids are going to be back. But right now, let's keep their children safe. And they want to keep their parents and relatives safe as well."

Teachers, too, Bright said, have shown "great flexibility" in the temporary and limited return to remote learning. Computers are being allocated to families, and Google Classroom use has resumed — processes that everyone is familiar with at this point.

Jonathan and Alissa Wlodaver's third grade son at Murray is quarantining after being around a close contact. While they understand the necessity of the school's actions, they criticized what they described as CPS's opaque communication about the district's COVID-19 exposure policy and are dealing with disruption to their professional lives in having a son remote-learning at home during working hours.

The two received emails from their son's teacher and Murray Principal Greg Mason — who declined comment but said at a Sept. 9 meeting that he gets notice from the district to let families of close contacts know to start the 14-day quarantine — about the circumstances, with notice to expect follow-up messaging from CPS.

One week later, the Wlodavers said they have yet to receive any correspondence from the district.

Questions and complications abound. The Wlodavers went into the school year with no firm grasp of the district's testing, contact tracing or quarantining policy. They also have a first grade daughter at Murray and were unsure, and never got guidance on, whether she should return to the school. (She is going, in compliance with CPS guidelines.)

Because of their children's exposures, however, the two cannot go to their private after-school program, however, adding to their parents' temporary-but-acute childcare headache and more than a little money lost down the drain.

"Literally we had like 12 hours to figure out how to get remote, like overnight," Jonathan said. "I want to be clear, my complaint isn't about quarantining. I understand that. We're in a respiratory pandemic. This is kind of old hat. And that's what kind of bothers me, is that we should kind of have a protocol in place."

"I appreciate Mr. Mason trying to explain, but CPS as a system — we're trying to keep our kids safe. I don't understand the total lack of communication," he said.

Alissa called the district's contact tracing office a week ago, which promised an email, but she had not received a reply by Sept. 9.

"We're doing what we think is best. As much as we can do, we're going to do," Jonathan said. "We're part of a community, and we need to know what's going on. I'm surprised that we haven't gotten more information because of how important this is."

At this point in the pandemic, the Wlodavers are transitioning out of all-remote work back partially into the office. Their supervisors have been understanding during this ordeal, but Jonathan has had to take time off and said time on has been less productive than normal.

Alissa pointed out that their kids have had to quarantine twice before this in two different places this year. Each time, they got information on not only how long it would be, but when they should get tested.

"Here, they just didn't tell us anything," she said.

CPS did not respond to a request for comment.

COVID-19 tends to affect children less seriously than adults, and younger children are less likely to be infected by the coronavirus than older people. That said, the number of children hospitalized with COVID-19 is now the highest in the United States that it has ever been, driven by record rises in coronavirus infections among children, especially in states with low vaccination rates, The New York Times reports.

The Pfizer-BioNTech COVID-19 vaccine is fully authorized by the Food and Drug Administration for people aged 16 and older and available under emergency use authorization for 12- through 15-year-olds.

In an interview, Principal Karen Calloway of Kenwood Academy, 5015 S. Blackstone Ave., said her school felt good about opening and that CDC guidelines "made it a lot easier for us to do school the way that we know it." Her staff, teachers and students have been conscious about following safety guidelines since the beginning of classes, she said, masking up (above their noses), hand-washing and maintaining space, ameliorating her worries.

The high school's lunch room is operating at limited capacity; students are eating in the auditorium and outside, too.

All Kenwood students are eligible to get vaccinated, though not all of them are. Calloway said some students, particularly upperclassmen, have talked to her about doing a vaccination campaign at the school.

"It's something that we obviously would have to talk to CPS about, as it relates to bringing physicians on site to vaccinate students," she said. "But students are very interested in doing a school-wide campaign to get more students on board with becoming vaccinated."

In an interview with German newsmagazine Der Spiegel, BioNTech founder Uğur Şahin said society currently has "about 60 days left to avoid a harsh winter" through vaccination. The company's other founder, Özlem Türeci, said BioNTech's vaccine data for 5- to 11-year-olds will be available "in the coming weeks," after which approval will be sought for that age group.

Şahin said the study went well. Data on children 6 months old and older should be available by the end of the year, Türeci said.

In the Sept. 9 Zoom meeting on health and wellness for members of the Murray community, Dr. Carrie Pyle, a pediatrician at UI Health, stressed that the pediatric vaccine safety would be the same as that of the vaccines for adults (i.e., very safe). The doses will likely be smaller, because children's bodies are smaller. Side effects will likely be the same in children as they are in adults.

"That's what we're trying to do. The more people who are vaccinated, the less likely that other people will get it, because enough people around them are vaccinated. It's something that we've done. We've been successful with whooping cough. We've been successful with Hib," she continued. "I had chickenpox in the 1st grade. I gave it to my brothers, and my whole class had it. But it's something very rare that you see right now."

Vaccines only work if enough people get vaccinated, Kenan observed — otherwise, as society is seeing with the intransigent population of adults unwilling to get vaccinated, the shield they provide becomes perforated like Swiss cheese, and people get infected.

In the week of Aug. 29 to Sept. 4, case positivies were below 5%, the city’s “substantial” range, in all four lakefront mid-South Side ZIP codes.

Citywide, 56.2% of all residents are vaccinated. The numbers are accurate as of Friday and are listed at chi.gov/coviddash.

Up to 10 people at once can be vaccinated at their homes by appointment through the Protect Chicago at Home program; hours are weekdays, 8 a.m. to 6:30 p.m. Anyone who gets vaccinated (both the Pfizer-BioNTech and Johnson & Johnson vaccines are available) will receive $25 Visa gift cards, which can be used anywhere Visa is accepted. More information is at 312-746-4835 or chicago.gov/athome.

Neighborhood pharmacies, including Katsaros Pharmacy, 1521 E. 53rd St., are offering the vaccine by appointment and on a walk-in basis. Appointments at Katsaros are available online at katsarospharmacy.com.

Howard Brown Health is offering the COVID-19 vaccine to everyone aged 16 and older, with sign-up at 872-269-3600. Friend Health is scheduling vaccine appointments at all three of its South Side locations at friendhealth.as.me; vaccines are also available on a walk-in basis. UChicago Medicine is also vaccinating everyone, regardless of patient status. The scheduling number is 1-888-824-0200.