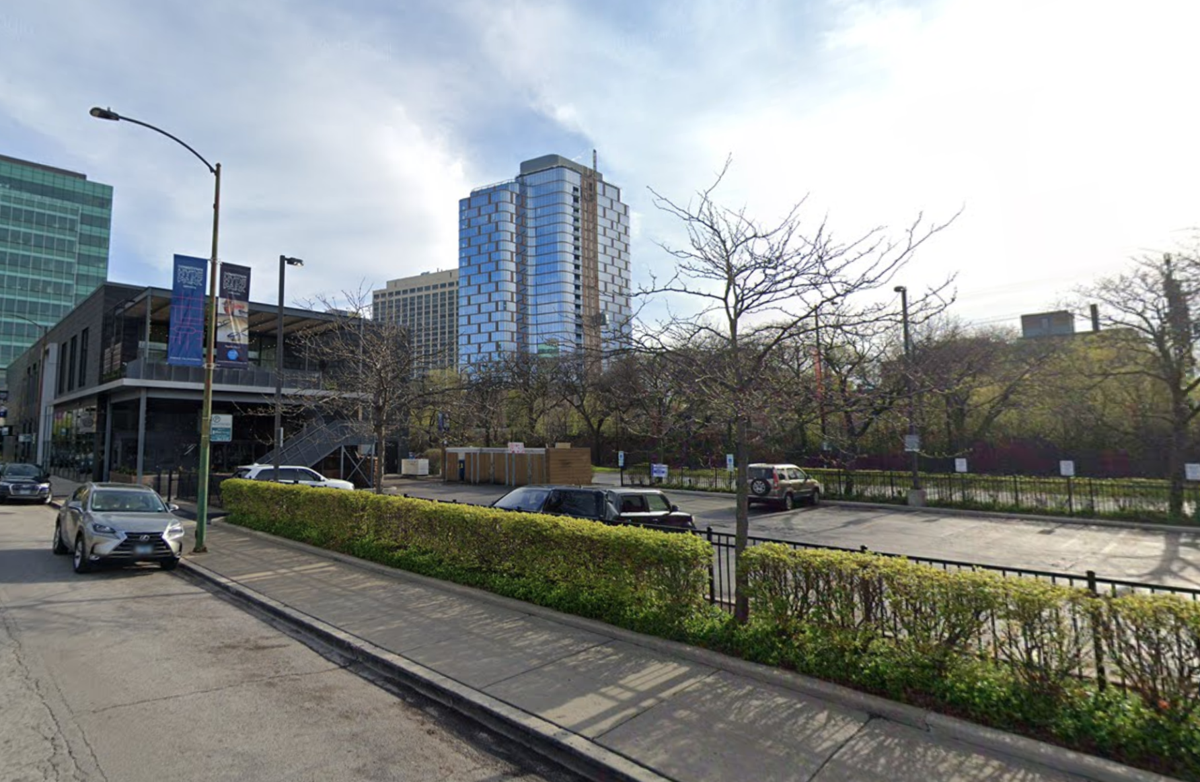 The parking lot behind The Promontory, where the concert will be 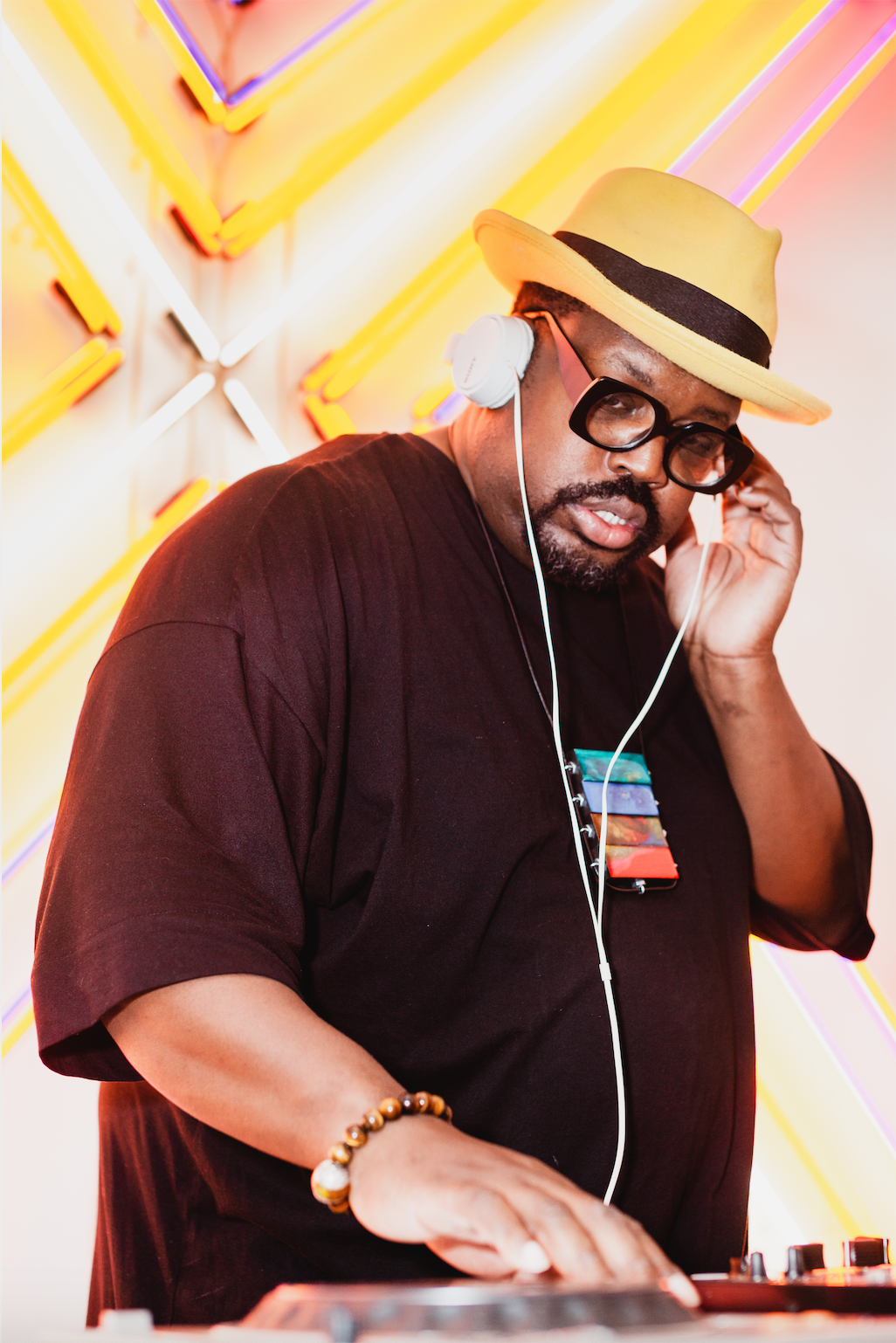 The parking lot behind The Promontory, where the concert will be

The city announced this week that the first concert of the Protect Chicago Music Series, held every month for fully vaccinated Chicagoans, will take place in Hyde Park on May 22.

But member organizations of the Hyde Park Vitality Committee — which meets weekly to promote events in the neighborhood and to ensure that events on their respective calendars are not in conflict with each other — were unaware of the city’s plans, according to Hyde Park Chamber of Commerce head Wallace Goode.

Other groups on the committee include the University of Chicago's Commercial Real Estate Operations, the South East Chicago Commission (SECC) and Special Service Area (SSA) No. 61.

"On Wednesday morning, the meeting began with all of us asking, 'Who is involved in producing this event?' And none of us knew about it. All we heard was The Silver Room," said chamber head Wallace Goode. "So we reached out to Eric (Williams), and Eric very clearly said that he was approached by the city to help consult on a concert that they were doing in various neighborhoods."

In a press release announcing the music event — scheduled for Saturday, May 22, from 1-5 p.m. with DJs Ron Trent and Duane Powell headlining — the city lists Williams' business, 1506 E. 53rd St., known for its summertime block party (now on hiatus), as a "partner."

But Williams told the Herald that is an inaccurate term, though The Silver Room's website, thesilverroom.com, will begin distributing tickets on Tuesday, May 11.

Williams said the city approached him to help them navigate holding the concert; Trent and Powell are his friends whom he has booked before for his shows.

"I think the city felt like, 'Well, let's partner with different local businesses in each neighborhood,'" he said. "It's not me doing this. It was me kind of helping them, saying, 'Hey, if I was doing an event, I would probably do it this way. I would use this person to DJ, blah blah,' to help them figure out locally what makes the most sense."

But the city announced that The Silver Room was a partner, and suddenly the show became a Silver Room show. Williams began getting phone calls, interrupting his work during the busy shopping week before Mother's Day.

"I supported a lot of events that weren't my event," Williams said. "'Partner' to me means that I'm actually part of it. 'Supporting' means that I'm helping out in a way. I think when people see the name 'Silver Room,' they don't read anything else. They think, 'Oh, this is The Silver Room's event,' even though technically it's not my event. It's the City of Chicago's event."

He is not paying for this concert, and the city is not paying him. He wants people to get vaccinated and is happy that people will have an environment to feel safe and party at the concert.

"I think what they were doing is not a bad thing," he said. "When you do something like this, you need to take your time and think about the messaging, who are the partners, who are the stakeholders, who you should talk to. And I just think in the effort to get it done, it was kind of rushed a little bit and some balls were dropped. I don't think it was anything malicious. I just think in the effort to speed things along, some phone calls were missed and some balls were dropped."

As Goode pointed out, the city reached out to Williams, but not to the chamber or other local groups.

"Enthusiasm about 'we've licked this,' I hear," he said, "but the enthusiasm was not tempered by the logistics of producing an event in a space in Hyde Park, which we all know comes with responsibility and direction."

Meanwhile, Ald. Leslie Hairston (5th), in whose ward the event will be held, is protesting that the first she heard of the concert was when the media reported about it and not from the mayor's office.

"The concern, other than not working collaboratively, is that there's an impact of events on the community," she said, specifically traffic and noise.

"When there are events being held, and when people leave and come and there's traffic congestion, people go into the residential streets, make noise and disrupt neighbors. And guess who gets the calls? I get the calls," Hairston said. "I look at Halloween. I don't know who this is marketed to. I don't have the information."

The free event is planned be held from 1-5 p.m. at The Promontory's parking lot, 5311 S. Lake Park Ave. W.; that venue does not own the lot and is taking no part in the event's planning. No contract to hold the event in that parking lot has yet been signed.

A U. of C. spokeswoman said that detailed planning for the event began this week and that the university is working with the city, the alderman, the Hyde Park Chamber of Commerce and others on what is needed to accommodate it.

Reached for comment, Chicago Department of Public Health spokeswoman Elena Ivanova released a statement: "The Protect Chicago Music Series was launched to offer an incentive for Chicagoans who get vaccinated against COVID-19. We have received a lot of positive feedback, and we’re grateful to the performing artists, The Silverroom (sic) and other supporters who have endorsed the concept and agreed to work with us to help bring this very special Music Series to Chicagoans.

"With the first event scheduled for May 22, people who are interested in attending must receive their second dose of a two-dose vaccine or a single dose vaccine no later than Saturday, May 8. So, while we understand the many pieces that remain to be coordinated with community partners, it was critical to get the word out as early as possible, so people could make plans to be vaccinated if they’re interested in attending the kick-off event.

"There is a special vaccination event on May 8 between 9 a.m. and 2 p.m. at Apostolic Faith Church, 3823 S. Indiana Ave. Anyone who is vaccinated at this event with the Johnson & Johnson vaccine will be offered a free ticket to attend the May 22 concert. Vaccination appointments are preferred, but not required, and can be scheduled at rebrand.ly/MusicSeries.

"We will be working with community partners over the next few weeks to ensure a successful and safe event."

[unsure]Does this mean Dept Public Health does not play well with others?