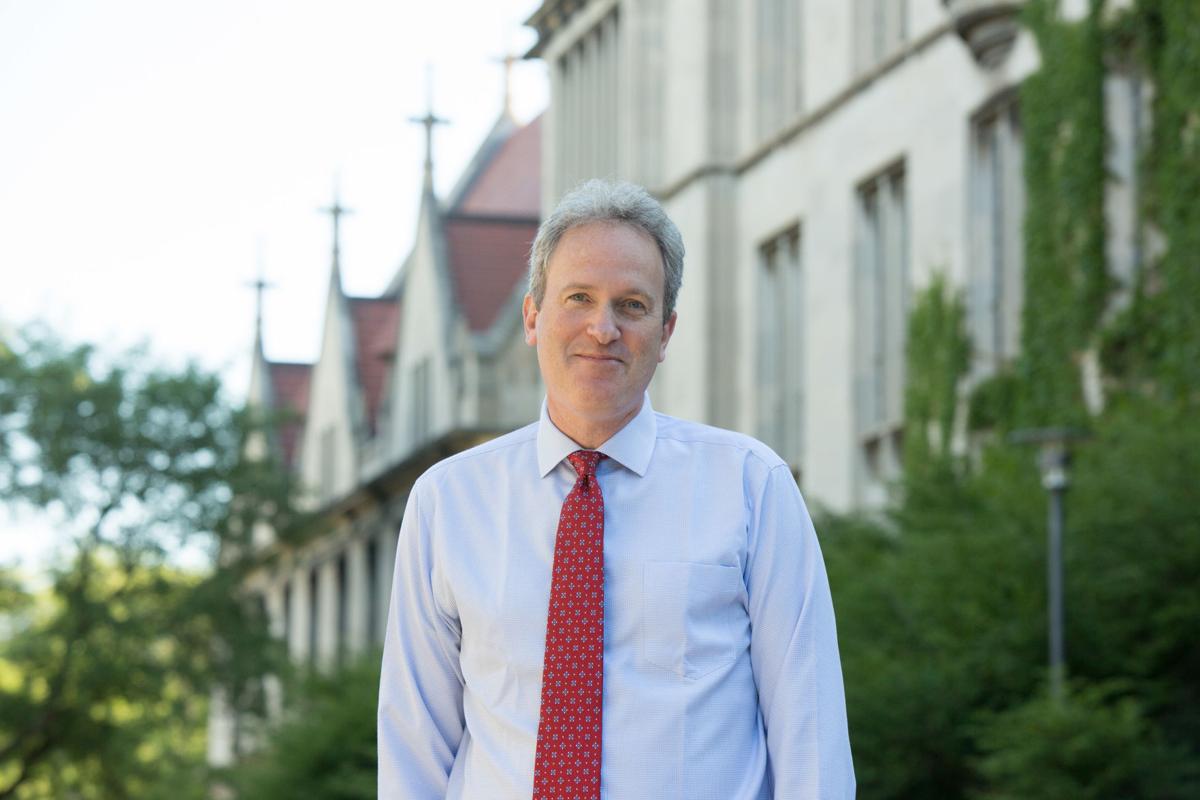 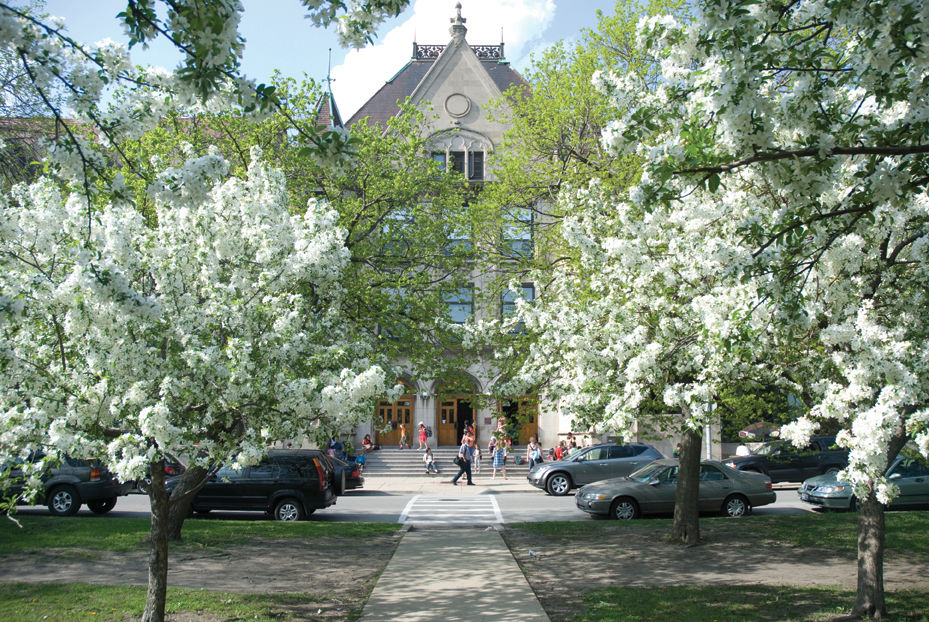 Charlie Abelmann is out after three years directing the University of Chicago Laboratory Schools. Former Director David Magill, who led the school from 2003-14, replaces him on an interim basis until the end of the next academic year.

In a May 6 letter, U. of C. Provost Ka Yee C. Lee, Vice Provost Daniel Abebe and Lab School Board Chair David Kistenbroker said Abelmann left to to pursue other opportunities and credited him with "leading Lab's comprehensive strategic framework planning process, expanding initiatives in health and wellness and strengthening efforts in diversity and inclusion."

"The university and Lab leadership, particularly the Laboratory Schools Board, will work closely together to ensure that the transition is as seamless as possible," they wrote. "We remain committed to building upon Lab's enduring academic values and distinct educational philosophy to which each generation has contributed since Lab's founding in 1896."

Abelmann, who has degrees from Duke University and the Harvard Graduate School of Education, came to Lab in 2017 after serving as the head of the Barrie School in suburban Silver Spring, Maryland. His predecessor, Robin Appleby, resigned as director in 2016 after two years on the job.

Abelmann's departure comes a year after Lab's teachers' union passed a no-confidence motion in his leadership by a 179-12 margin, with 22 abstentions, charging him with "(disparaging) individual faculty and the faculty as a whole," poor decision-making and violating their collective bargaining agreement by firing a teacher, Daniel Bobo-Jones, without just cause.

Per reporting by the Maroon, Bobo-Jones was fired for allegedly falsifying a grade and for a Family Educational Rights and Privacy Act violation, as he had asked a student to ask his classmate to hand in a paper. Bobo-Jones filed a complaint with the Equal Employment Opportunity Commission alleging anti-gay discrimination by U-High Principal Stephanie Weber.

Arbitration concluded in December with a finding that Lab did not have just cause to terminate Bobo-Jones and that he could return to U-High in January.

In a February 2019 letter excerpted by the U-High Midway newspaper, union head Jim Catlett said Abelmann needed to be more honest, transparent and "thoughtful about how he speaks to and speaks about faculty."

In turn, Abelmann told the Midway that he had invited union members to communicate with him and a human relations representative on a regular basis "to foster a more collaborative environment."

A February 2019 letter from U. of C. Vice President David Fithian and Kistenbroker after the union's vote observed that Abelmann was Lab's fourth president in five years and acknowledged that the leadership changes had "been distracting and created uncertainty."

Nevertheless, they expressed the Lab Board's support for his continuing leadership, saying he had worked to "(build) upon our strengths and actively (address) some long-recognized challenges," including his work on the strategic planning process.

The teachers' union reached a contract later that summer with the U. of C. effective through 2023.

Racial issues also marked Abelmann's tenure, with the Black Students' Association alleging that Lab was a hostile environment for African American students, "A place where many students of color unfairly feel the need to internalize racist and harmful 'jokes' in order to assimilate and survive."

Three parents told the Herald this January that the school disproportionately disciplined African American boys, lacked programming for Black History Month and lacked well-defined policies for dealing with racist behavior from other students.

Responding to the student group, Abelmann said that addressing bias and racism would be an ongoing priority for Lab, with expanding resources to students, faculty and staff and more training.

U. of C. spokesman Gerald McSwiggan could not confirm the details of Abelmann's departure, and several teachers said they knew nothing beyond what was contained in the letter announcing it. Logan Aimone, the U-High journalism teacher, said the announcement caught most people at Lab by surprise.

"As far as I am aware, this is unprecedented," emailed Catlett, a science teacher. "I don't know the reasons why an administrator would depart one month before the end of the school year.  And I certainly wouldn't speculate as to what those reasons are."

Abelmann has not responded to the Herald's request for comment.