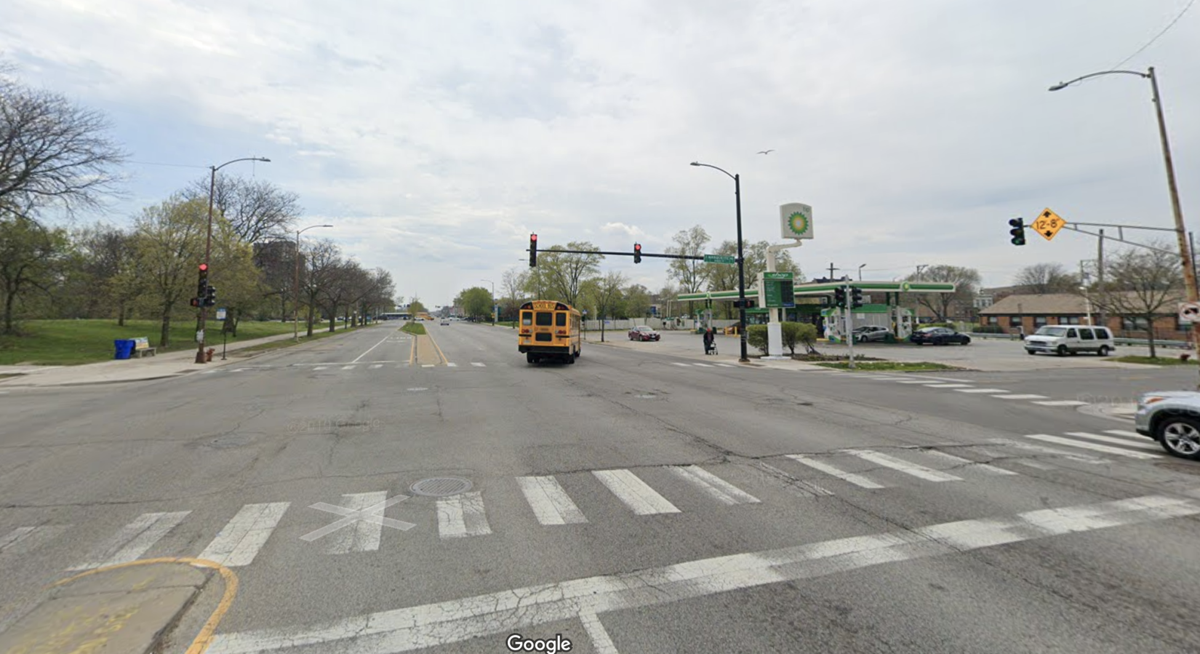 The intersection at S. Stony Island Ave. and Marquette Drive. 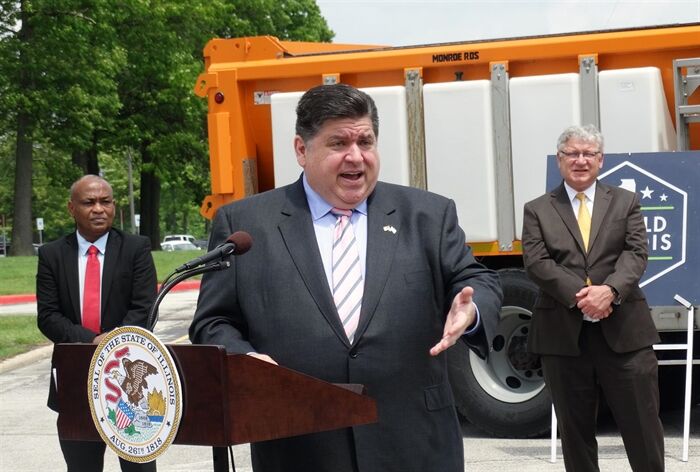 Gov. JB Pritzker speaks outside of the Illinois Department of Transportation building in Springfield on May 19, announcing the state's multi-year road and bridge plan.

Gov. J.B. Pritzker announced on May 19 the release of a six-year, $20.7 billion construction plan to improve roads and bridges throughout the state — including $74 million on engineering and reconstruction on two projects in Jackson Park.

The other, on Cornell Drive, Stony Island Avenue and Marquette, will cost $2 million in construction engineering and $20 million in reconstruction.

Both projects are proposed for 2022.

The Illinois Department of Transportation (IDOT) oversees the annual construction plan process to target infrastructure spending. A spokesperson for the agency said the remaining $100 million in funds budgeted would go toward additional roadway and streetscape construction, as well as road, pedestrian and park improvements to be completed by the time the OPC opens.

The Highway Improvement Program, funded through the Rebuild Illinois capital infrastructure plan passed in 2019, with support from Sen. Robert Peters (D-13th) and Reps. Curtis J. Tarver II (D-25th) and Kam Buckner (D-26th), will reconstruct nearly 2,779 miles more miles of roads and 7.9 million square feet of bridge deck between fiscal year 2022 and 2027, according to the governor’s office.

The projects in the plan will create and support thousands of jobs, “bolstering our pandemic recovery in one more way,” Pritzker said at a news conference on May 18 in Springfield.

“This past year truly has brought home how important transportation systems are in connecting the lives of our residents and our communities, delivering food products to grocery stores, getting essential workers to their jobs and transporting patients to the hospital,” Pritzker said.

The Highway Improvement Program is a part of the larger $45 billion Rebuild Illinois infrastructure plan, which was a bipartisan effort to revitalize local economies that passed in the governor’s first year. The plan invests in roads, bridges, railroads, universities, early childhood centers and state facilities.

The projects outlined in the new multi-year plan will continue to create and support hundreds of thousands of jobs, Pritzker said.

Overall, the Rebuild Illinois capital plan is expected to support around 540,000 thousand jobs over its lifespan. But there are currently no estimates available on how many jobs the specific projects through the Highway Improvement Program will create.

About $33.2 billion was earmarked in the initial release of the capital plan for the transportation sector, with $25.3 billion specifically for roads and bridges. Most of that funding came from an increase to the state’s motor fuel tax, which was indexed for inflation each year, and increases to state licensing fees.

The Illinois Department of Transportation said the plan includes $5.79 billion for highway reconstruction and preservation, $4.82 billion for bridge improvements, $2.59 billion for strategic expansion, $1.43 billion for system support such as engineering and land acquisition, and $1.21 billion for safety and system modernizations.

For the upcoming fiscal year 2022, approximately $3.32 billion has been identified to fund highway improvement projects.

Currently, some of the projects through Rebuild Illinois include a $173 million multi-year investment in Interstate 57 which will continue next year and run in segments through 2027, over $90 million worth of improvements to Interstate 55, and $40 million into Interstate 80 in northeastern Illinois, “making the road smoother and safer amidst the region’s exploding intermodal logistical growth,” Pritzker said.

Pritzker said the multi-year plan will build on progress made over the past two years, noting Rebuild Illinois has already improved over 2,700 miles of state and local roadways and 290 bridges since its 2019 passage.

While the state’s gas tax is a major contributor to road and bridge projects, it has seen a “significant” reduction in revenue because of decreased consumption as a result of the COVID-19 pandemic, according to IDOT.

IDOT said in its Highway Improvement Program report that the decrease was somewhat offset by the Coronavirus Response and Relief Supplemental Appropriations Act, one of the federal COVID relief packages passed in 2021, which allocated $353 million to IDOT.

Of the federal COVID-19 relief funds that went to IDOT, $227 million is included in the state highway program, the IDOT report stated. The remaining COVID relief funds will go toward the multi-year program for additional road and bridge projects.

IDOT officials said Wednesday that while the past year has been a challenge, projects stayed on schedule and they did not have to make any pandemic-related cuts.

The Chicago-Milwaukee partnership with Wisconsin will resume next week, while the routes connecting Chicago to Quincy, Carbondale and St. Louis will operate at full capacity by the mid-July date.