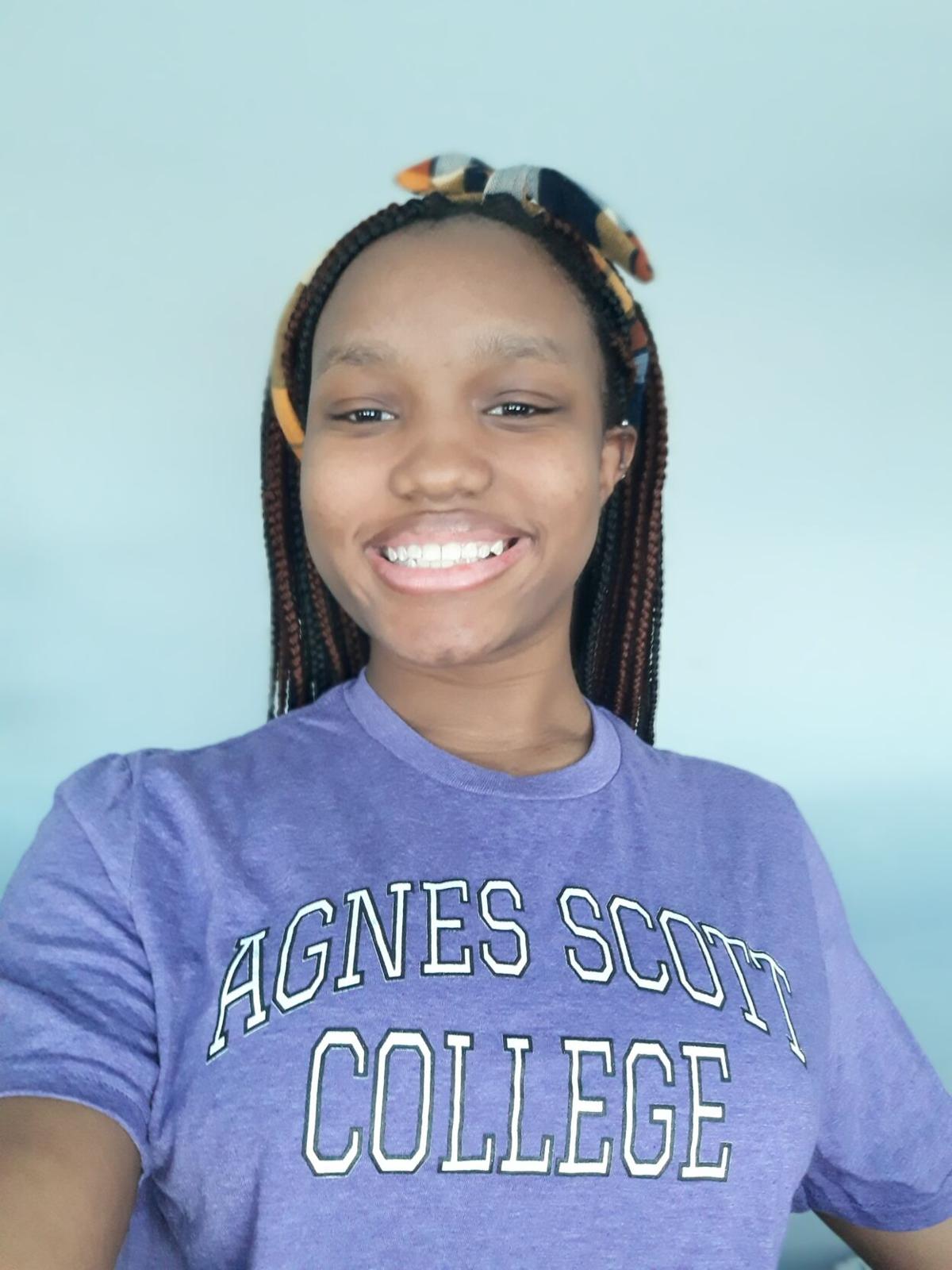 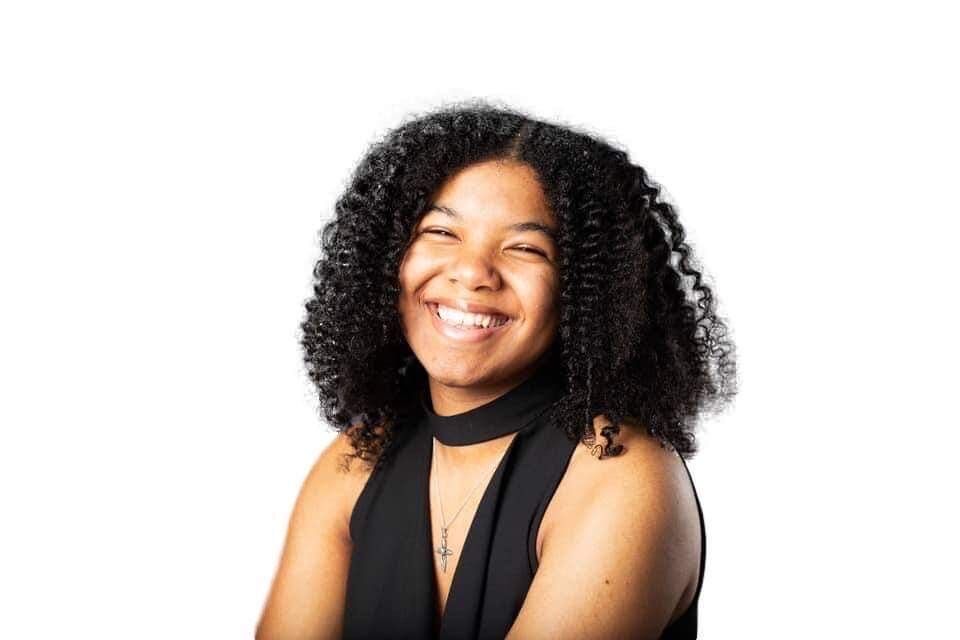 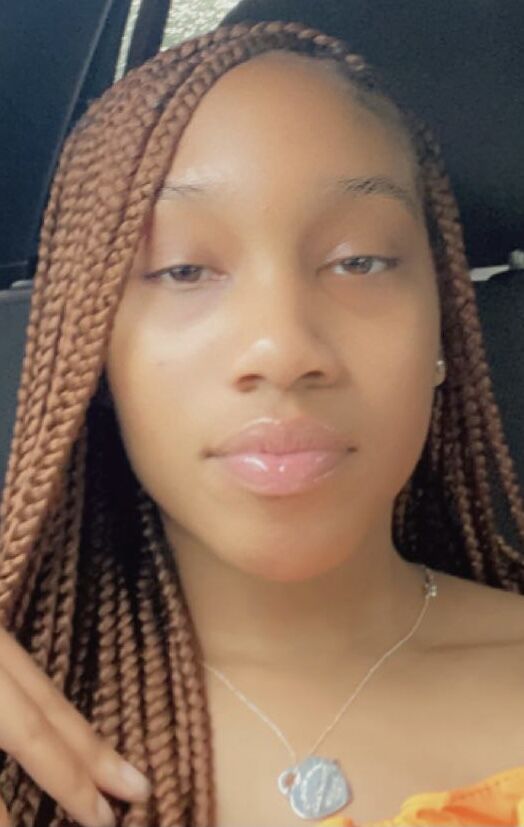 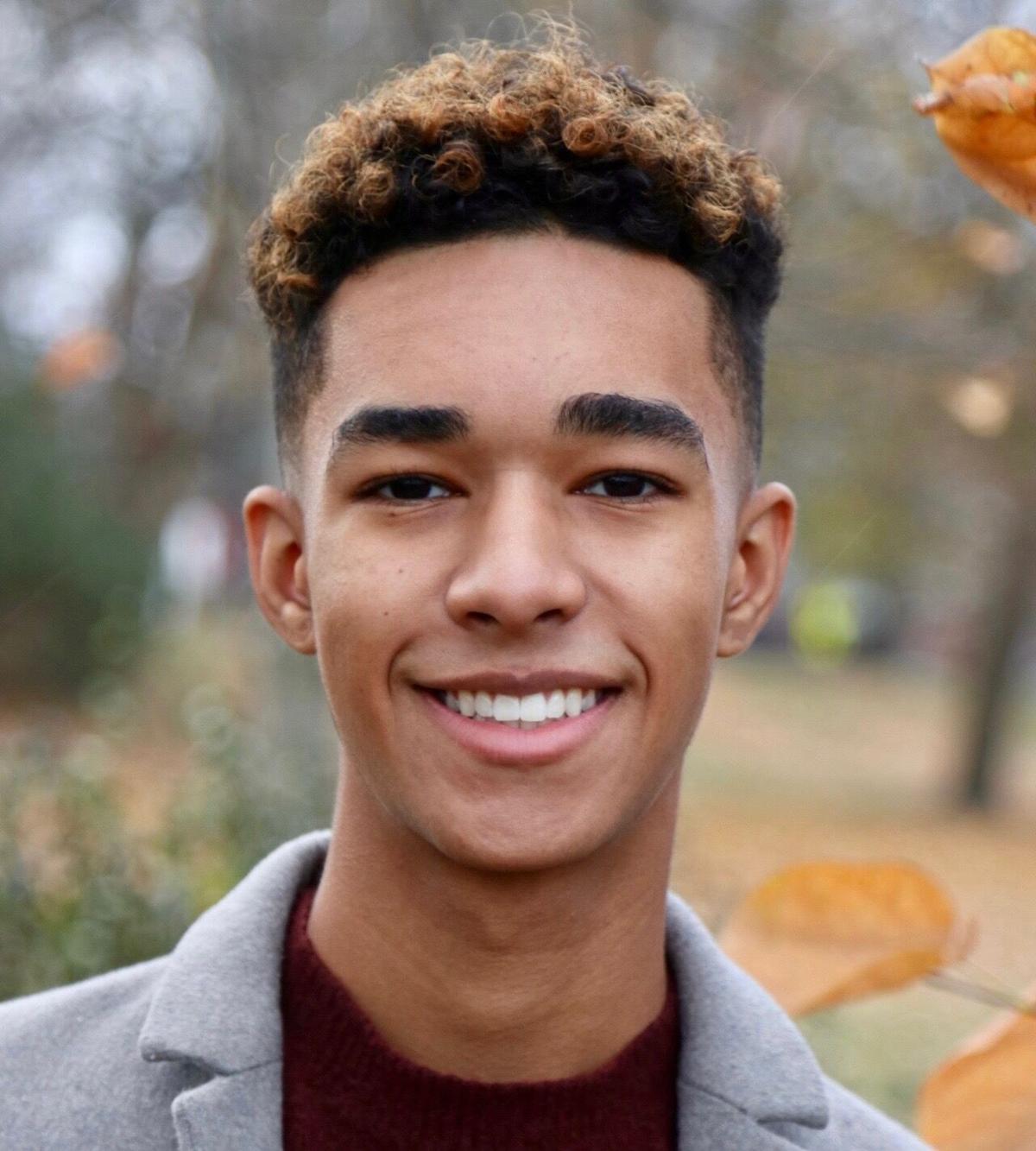 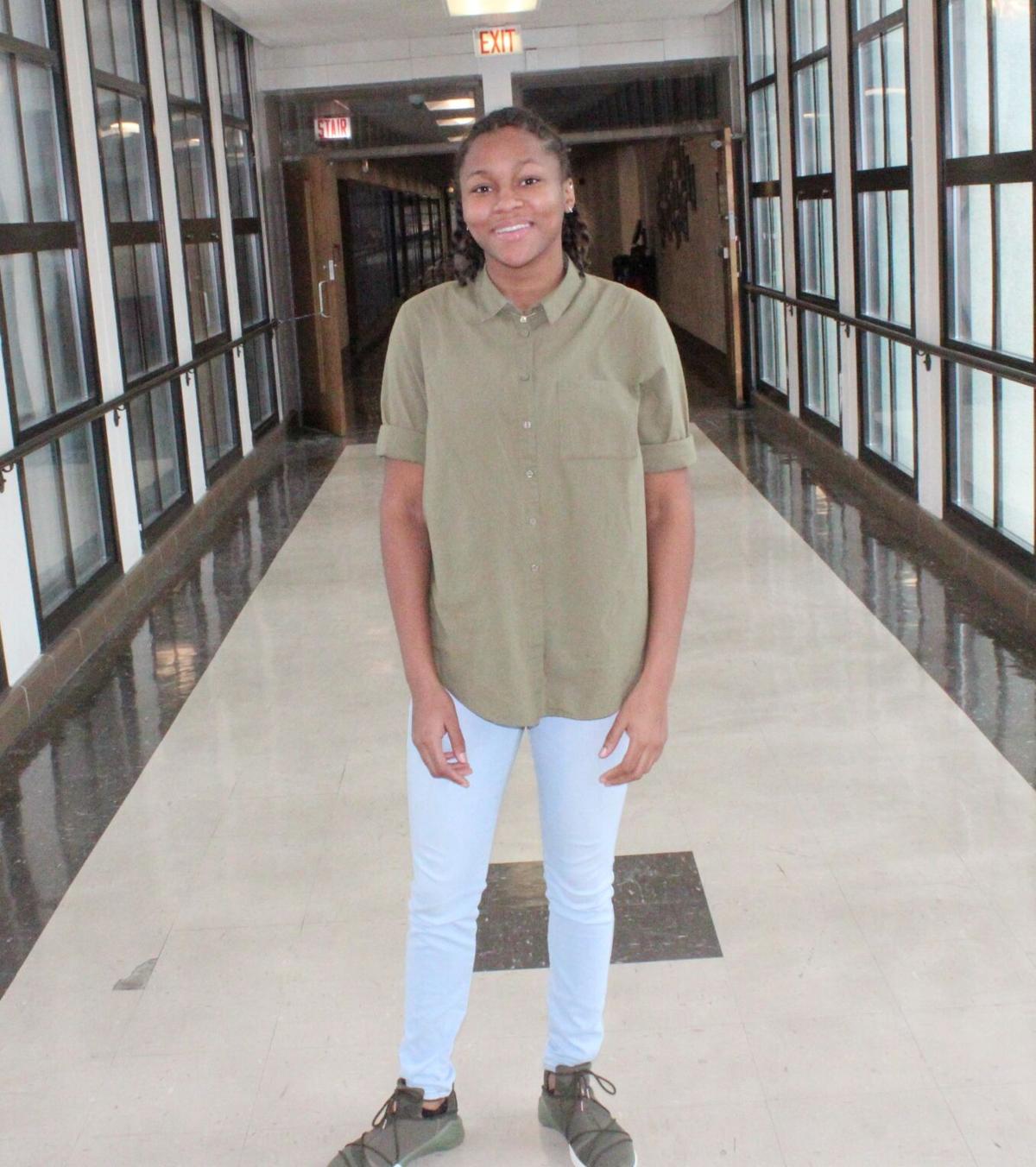 Five Kenwood Academy students have won scholarships from the Posse Foundation, a selective on-campus and career mentorship program, and are looking forward to bright futures.

Laila Robinson will attend Agnes Scott College, a women's liberal arts college in Decatur, Georgia, outside of Atlanta, and wants to study business marketing. She has family in Georgia and chose Agnes Scott for that reason and for want of a smaller college.

"It's not really what I'm used to, especially because Kenwood is so big," she said. "And I wanted to go away for college. I didn't want to stay within the state."

But she will miss Kenwood's "family experience" — "If you go to a different high school, you're on your own. Teachers don't really care about you. Kenwood teachers, they're going to reach out to you. They want to hear from you. They want you to succeed."

But at Agnes Scott, Robinson will have nine other students in her Posse, and she looks forward to matriculating knowing that she has a group awaiting her there.

Part of this is informed by her active membership at Trinity United Church of Christ, 400 W. 95th St., where she has helped with Sunday school in addition to volunteering in the kitchen and sings in the choir.

While Latham has not spent too much time in the South, she is excited for a change of pace from Chicago: "I've just been here seemingly forever, and I like to go other places. Even being around my neighborhood, I'm always trying to get out of the house and go somewhere. I definitely think getting away from all this snow is going to be amazing, because I am not about to keep shoveling every day."

But Kenwood "has been a lot of fun," she said, with friends made in 7th grade still her friends five years later. "We're still doing goofy stuff," she said. "It seems like we got even more goofy as the years went on, and I don't know if it's because we've done even more crazy stuff since we've been there." Leaving is bittersweet: "I've really grown up there. I'm really going to miss my team the most."

Derek Basil-Porter, from Hyde Park, will attend Pomona College, one of the five Claremont Colleges in Southern California. "It's going to be gone from the winter, gone from the cold, gone from the snow, so I'm pretty excited about that," he said.

He wanted to go to school "anywhere it was hot" and has always wanted to live in California, so Pomona's acceptance letter came as a welcome shock. He looks forward to being able to take classes at the rest of the Claremont Colleges, from science and engineering powerhouse Harvey Mudd College to Claremont McKenna College, with its emphasis on government and economics.

"It's awesome to have individualized learning but also have my Posse with me, plus the five Cs around for connections and opportunities," he said.

For his part, Basil-Porter wants to study neuroscience, and he wants to go to medical school — all motivated by the death of an aunt from a brain aneurysm. He subsequently learned that they have very low rates of survival and wants to use his career to combat that.

And like the others, he credited Kenwood's emphasis on college readiness and scholarships for his success. "I don't think I would have gotten into Posse without the help of the alumni who are currently Posses at Pomona College," he said.

Ryann Brazil, from Hyde Park, is also going to Pomona, having visited campus right before Southern California's terrible rise in coronavirus cases to ensure she liked it.

"Campus was closed, but I got to see around the campus, and it was honestly one of the most beautiful places I've ever been in my life," she said. It was the abundant fruit trees — the fact that one can simply wander the streets and pick citrus at will — that got to her: "I didn't even feel like I was in the same country."

She wants to study either sociology or public policy, attracted to their "frameworks for viewing the world," with a particular interest in critical race theory in the United States.

"I just really like understanding how things work, and sociology is essentially just breaking down why society functions the way that it does, and that really connected with how I think," she said. "Honestly, my mind is racing 24/7. Whenever I talk to my mom, I literally cannot shut up about what's going on in the news. It's insane."

Brazil credits her elementary and middle school education at the Ancona School, 4731 S. Kenwood Ave., in large part for her academic interests; in the future, she wants to be a professor: "With sociology, even when it's taught, the teacher is learning something, too, and I'm the kind of person who always wants to be learning something."

Jada Maxwell, unlike the other Posse Scholars, is attending a research institution, the University of Michigan, for its powerhouse faculty in biopsychology, neuroscience and cognition.

She said she thinks people's decisions are based on how they grew up and their experiences in society. "We can't say we have full free will, because we're acting based off of what society sees as appropriate, or we follow laws," she explained. "There's rules everywhere. We can't really say if our decisions are based off of free will, because everything is influencing us, in different ways. And influence is not always a good thing, because if you're always influenced, how do you know when decisions are truly yours?"

Among her peers, Maxwell sees teenagers operating under restrictions set by their parents, or choosing not to participate in activities because of how they were raised, the law or the neighborhood in which they grew up.

While Maxwell, who lives in Burnside, has not been to Ann Arbor and has no family in Detroit, she said she was attracted by the size of the student body: "I wanted to be in a bigger environment where I could meet a lot of different people: diversity, different circumstances, different personalities, so I couldn't stop meeting new people."

Though COVID-19 will undoubtedly affect all five students' college experiences, Maxwell said she is glad it happened at this point in her life, rather than a year earlier or later, because she will be making a life transition in the midst of the pandemic rather than in the disease's initial year.

Kora Johnson, the counselor in charge of Posse Scholarship applications, said watching her students succeed makes her happy, because she knows, as a Kenwood alumna herself, that she is giving back to the community she came from.

"I know that I'll always have someone to support me as I get older," she said. "Because they'll get older, and they'll be in a position to support my kids or my friends' kids."

Principal Karen Calloway said the recipients had started building their Posse Scholarship portfolios from 8th or 9th grade, calling them "amazing in the fact that their trajectory was to make sure that they're so involved and so balanced."

"That's what Posse saw in these guys," she said. "They were right on the money with them."