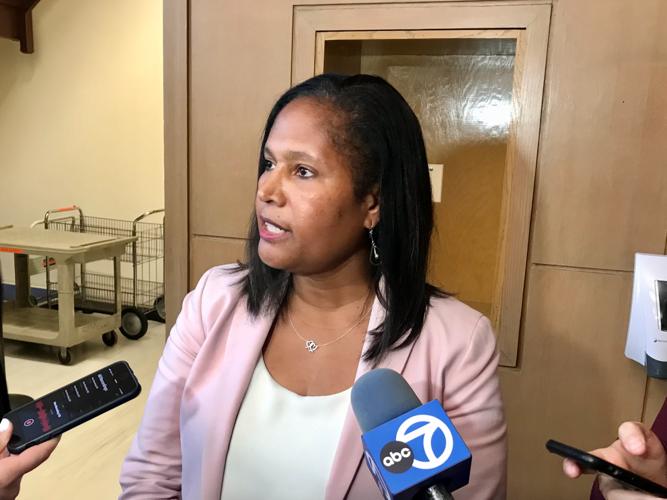 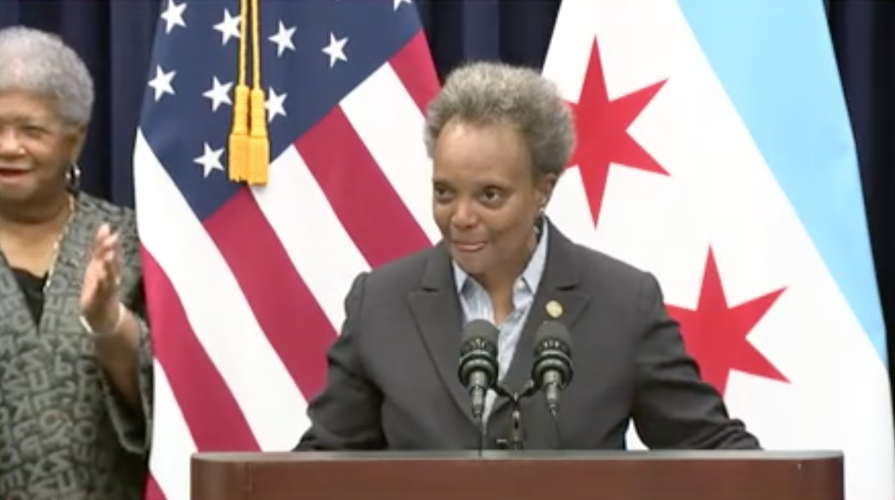 Oct. 28 — This article has been updated to mention that Ald. Sophia King (4th) has set a meeting for the Education Committee for Nov. 9.

City Council rejected by a 29-18 vote an attempt by Mayor Lori Lightfoot to install Uptown Ald. James Cappleman (46th) to head the Committee on Education in its Oct. 26 meeting.

The proposed appointment bypassed Ald. Sophia King (4th), the vice chair of the committee and acting chair following the June resignation of its previous chair, former West Side Ald. Michael Scott Jr. (24th). King is running against Lightfoot in next year’s mayoral election

Following the resolution’s swift rejection by City Council, King rose to speak, criticizing the vote and the mayor. She also said her repeated requests for Chicago Public Schools CEO Pedro Martinez to appear before City Council have been ignored.

"This is exactly what people don't want," King said. "You know and I know that I've been asking the CEO of Chicago Public Schools to meet, to have quarterly meetings. That’s 'bringing in the light.' That’s transparency. You saw with my colleagues today, they would like to have him come here, because we contribute millions of dollars every year.

"I didn't want to turn it into politics, but that's what it is right now. We really need to have a transparent government where we allow folks to understand and hear from one of the most important bodies in our city, and that's Chicago Public Schools."

King identified herself as acting chair of the committee and said she assumed that Martinez was not returning her calls upon Lightfoot’s orders.

Lightfoot in turn denied any knowledge of King's contact with Martinez, admonishing King for speaking about "what is clearly a political issue for you."

King said in turn that she had communicated with Lightfoot and her chief of staff over her request, adding, "Quite frankly, if you would spend more time attacking problems than people, we’d all be better off."

Lightfoot ruled her out of order, saying that they could talk about the issue but that a council meeting was not the time nor place for it.

In an exchange with reporters after the vote, King called the council rejecting the mayor's appointment of Cappleman "a referendum on her leadership.” She said she has been reaching out to CPS leadership for a date on which the CEO and his administration could report to alderpersons about the state of the district.

Changing committee chairs is Lightfoot's administration's attempt to block transparency, King alleged, pointing out the dearth of Education Committee meetings. The committee had only met seven times between May 2019 and April 2022 despite an annual $175,000 budget, Crain's, The Daily Line and WBEZ reported.

King had asked Lightfoot to be named chair of the Education Committee in May, after Scott announced his pending resignation. The alderwoman called the mayor's attempted appointment of a new chair "retribution" for her attempt to schedule a committee meeting with the CPS leadership.

"It wasn't a political speech. It's true," King said. "I said exactly what people are thinking, that, if this mayor spent the same amount of time that she spends attacking people attacking problems (instead), our city would be much better off."

In her post-council meeting press conference, Lightfoot said the rejection of her choice for committee chair, an uncommon occurrence, "is a reflection of the politics that we live in right now." She noted that Cappleman, like King, has experience as a teacher and said he has her full confidence.

"What happened was politics at work, but we've got to get back to do the business of the people," Lightfoot said. "I'm confident that we will get him approved as Education chair."

Asked if the council's rejection of Cappleman was less about the alderman and more about the process through which Lightfoot tried to appoint him, Lightfoot incorrectly said her appointment had cleared the Rules Committee the day before.

In an interview before the press conference, South Side Ald. Michelle Harris (8th), the Rules Committee chair and mayor's floor leader, whose ward covers a section of South Shore, said the mayor's would-be appointment was directly introduced to the full council, not the Rules Committee.

"Generally, every mayor since I've been here for 16 years has introduced their chairmen through this process," she said. She said whether she agreed with the process means less than her belief "that mayors have the right to put in leaders of their choice."

Ald. Jeanette Taylor (20th) also voted against the appointment. Ald Leslie Hairston (5th) was not at the council meeting because she is on jury duty.

King and Lightfoot have clashed during a council meeting before, in May 2021, when the mayor ruled her out of order as she attempted to call a vote on her proposal to rename Lake Shore Drive for Chicago’s founder, Haiti-born trader Jean Baptiste Point du Sable. A compromise was reached the next month, renaming the expressway DuSable Lake Shore Drive.

On Friday, King set a meeting for the Education Committee for Nov. 9.