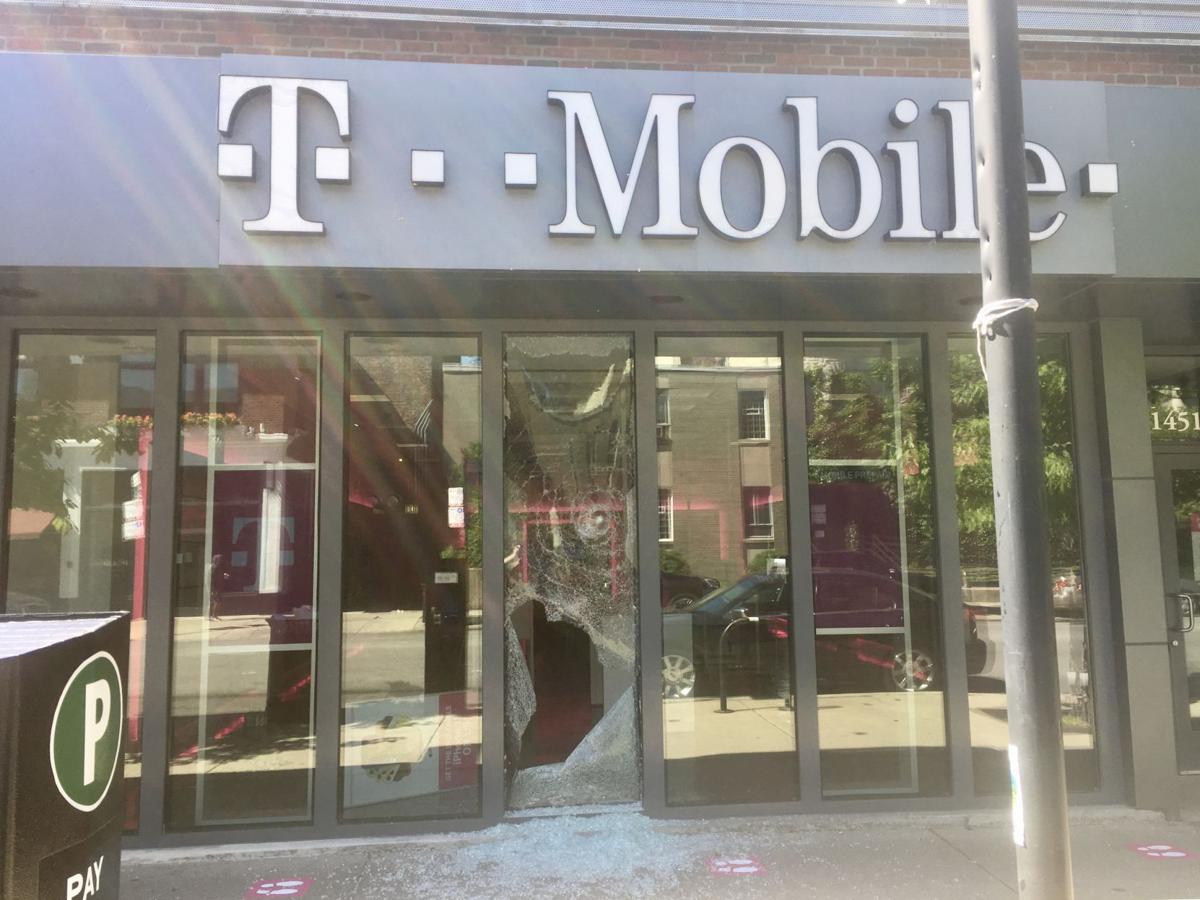 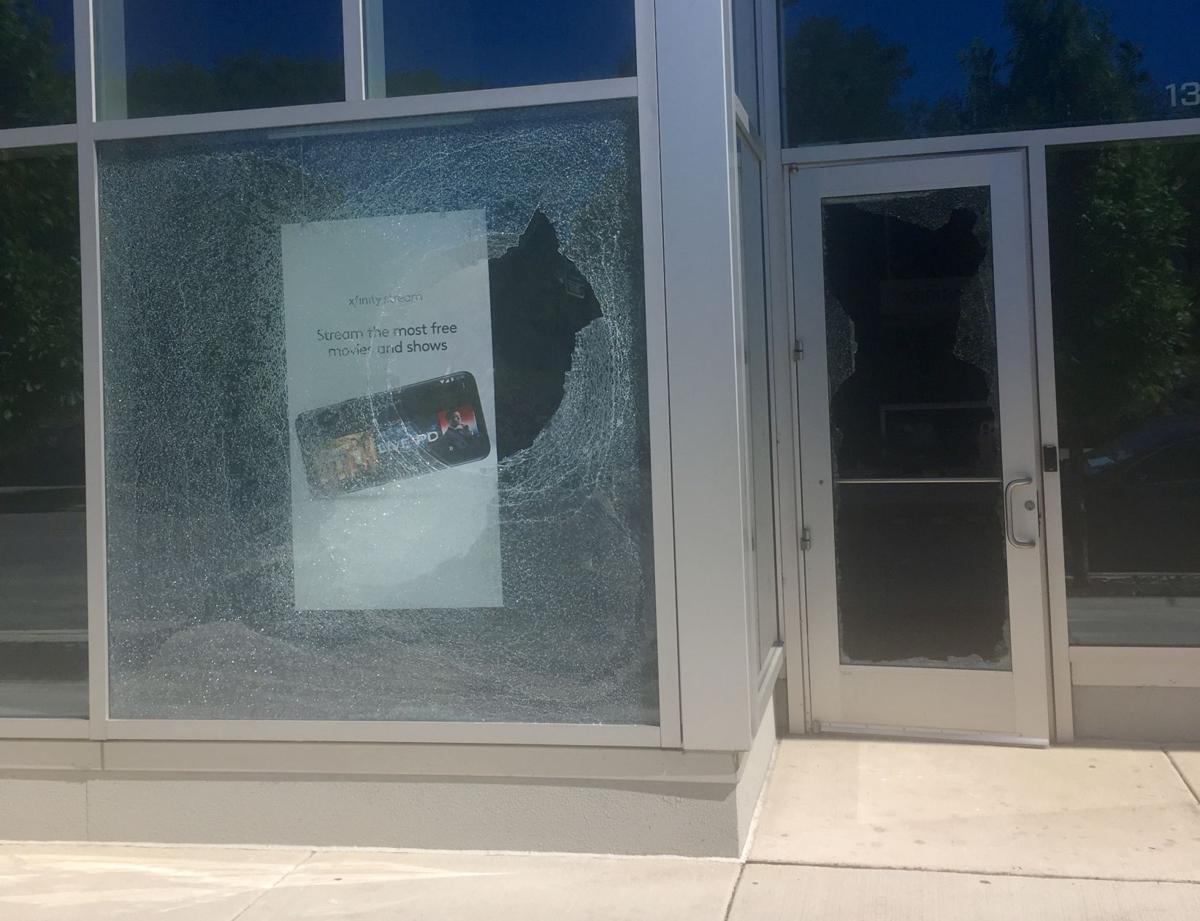 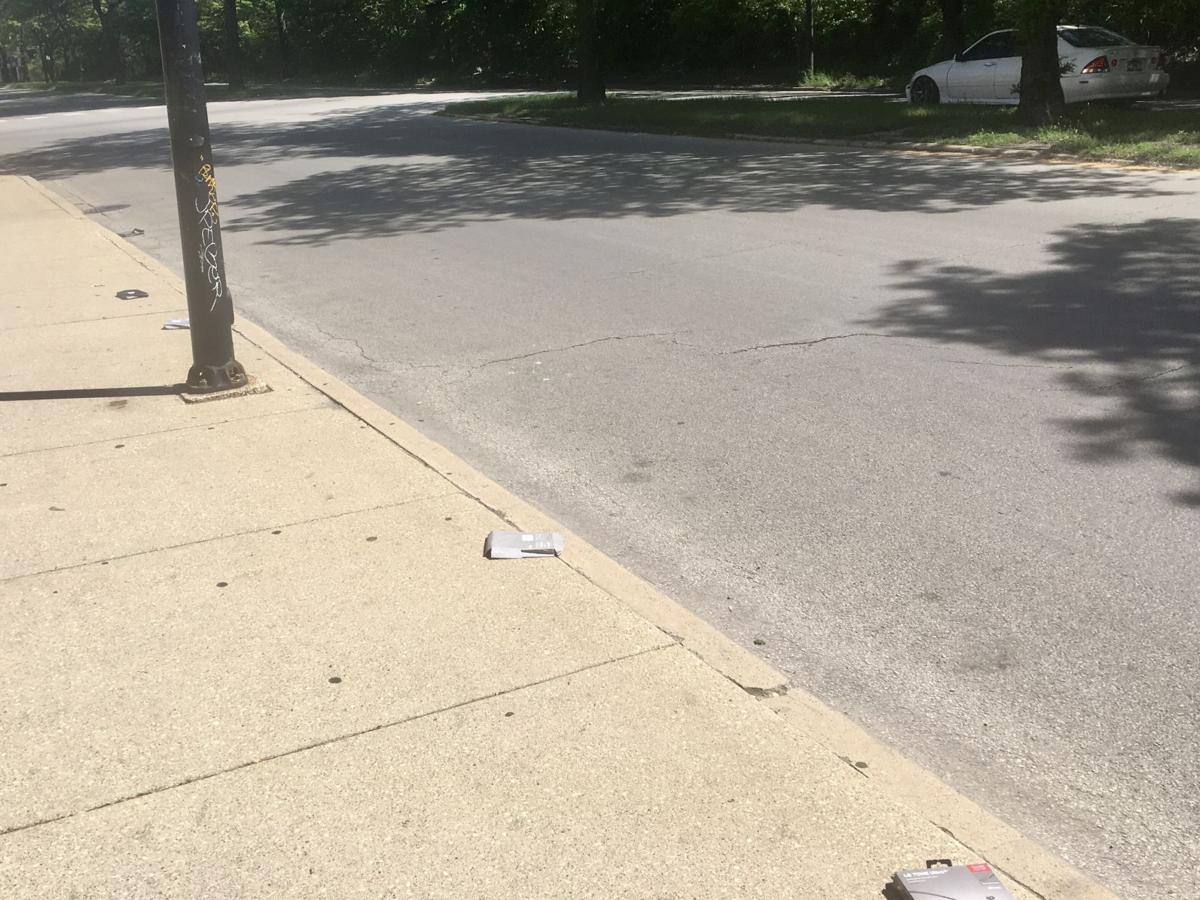 Bluetooth stereo headset packages on the 5400 block of South Lake Park Avenue, May 31.

Bluetooth stereo headset packages on the 5400 block of South Lake Park Avenue, May 31.

This breaking news story will be updated regularly.

Anger over the police killing of George Floyd continued to boil over during the weekend, spreading into Hyde Park early Sunday morning and erupting again in the afternoon.

Violent groups of people went up and down 53rd Street Sunday afternoon, attempting to break business's windows, and succeeding in smashing the plate glass of Akira, 1539 E. 53rd St.

Most of those participating in the violence appeared to be juveniles, except for an adult woman who had been using a baseball bat to try to break windows. She was arrested by 2nd District Police Cmdr. Joshua Wallace as she tried to flee west on 53rd Street.

Numerous businesses were closed including Trader Joe's and Whole Foods, and a uniformed University of Chicago Police officer was heard telling an employee of Roti that he should close because the violence probably was going to get worse. The Hyde Park Bank Building was closed.

In the early hours of Sunday, several stores in Hyde Park were broken into after Mayor Lori Lightfoot imposed a citywide curfew because of rioting downtown.

The mayor also has sealed downtown off to any non-residents or non-essential workers and called in the Illinois National Guard to enforce order. The CTA has suspended bus and "L" service north of 47th Street. there was no indication how long these actions would last.

“This is an immensely challenging moment for our city, our state, and our country, one born from decades and centuries of systemic racism," said Gov. J.B. Pritzker in a statement. "To those peacefully expressing the pain, fear, and rage of this moment, I hear you. Your voices matter. We must address the profound injustices in our society and bring about real and meaningful change.”

At all of the stores, glass windows and doors had been smashed. Employees cleaning up a pile of shards in front of the T-Mobile store declined to comment.

According to a report on the CPD scanner, the break-in at T-Mobile took place around 1:30 a.m.

A number of Bluetooth stereo headset packages, including one with the headset still inside of it, were seen on the ground on the 5400 block of South Lake Park Avenue Sunday morning by the Hyde Park Shopping Center.

Both the Walgreens at the Hyde Park Shopping Center and the one in Kenwood, 1320 E. 47th St., are currently closed, according to a store employee.

Windows were smashed at both Target, 1346 E. 53rd St., and Sprint, 1406 E. 53rd St., though perpetrators do not appear to have broken into either store. The Hyde Park Target is among the 175 nationwide that have closed because of the national wave of rioting and unrest. In a statement, the company said it anticipates that most of the closures will be temporary.

Thieves stole high-end liquor, computers and cash registers from Kimbark Beverage sometime early Sunday morning. Owner Jonathan Swain said he believes the break-in was a crime of opportunity, given the selective nature of the thefts.

"We're still evaluating what the total loss of property damage is," he said, expressing hope that his insurance would cover the damage. "This was not a general looting. This was a targeted attempt to burglarize us. … Clearly, this was not connected to any of the protests that were going on in the city.

"My family's been in this business in this neighborhood since 1974, and we tried to be good community citizens, giving back to the community and doing what we can, so in that regard, it's a little challenging. But you've got to recognize, too, that there's a whole lot of things that preceded this, in terms of years of disinvestment in communities that have led to people responding, either protesting, looting or robbing and the like.

“There's a lot behind this that's larger than just what happened today."

Such a stab in the back, for Kimbark liquor, I hope you’re all listening these are the “people“ you’re dealing with... no conscience.. no loyalty.. no love.

Anybody know how to start mayoral impeachment procedure?

I'd just like to thank all these people for helping ensure Trump's re-election.