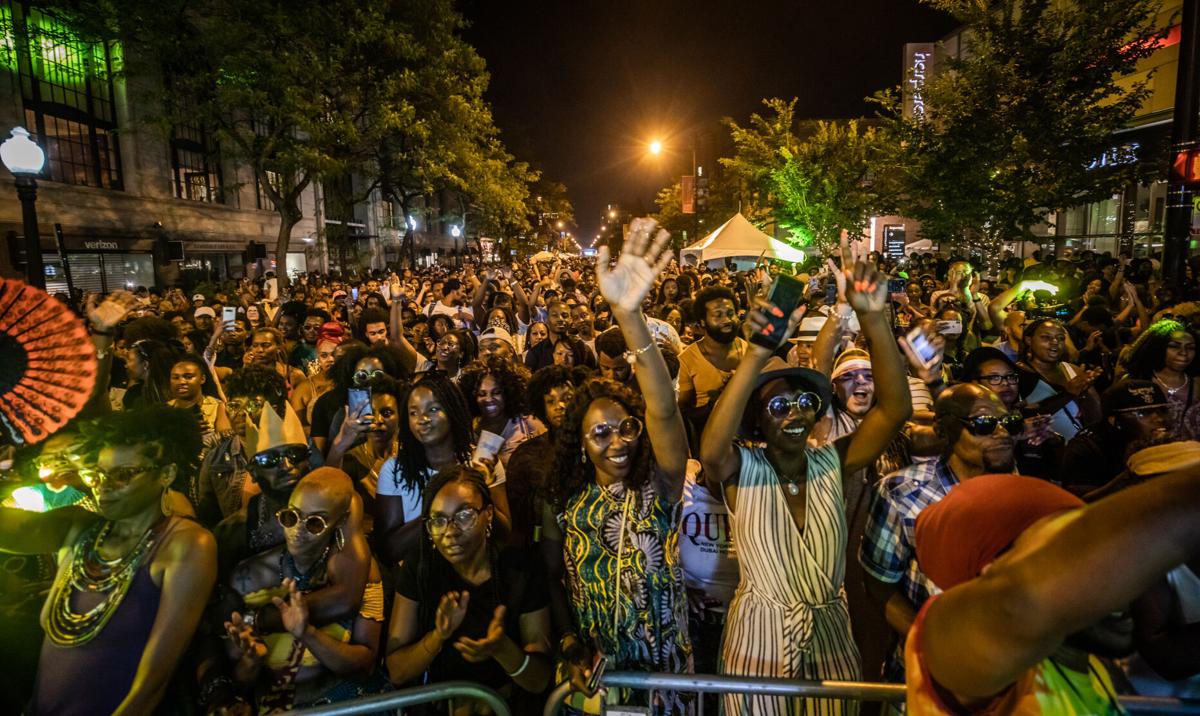 A past edition of The Silver Room Block Party 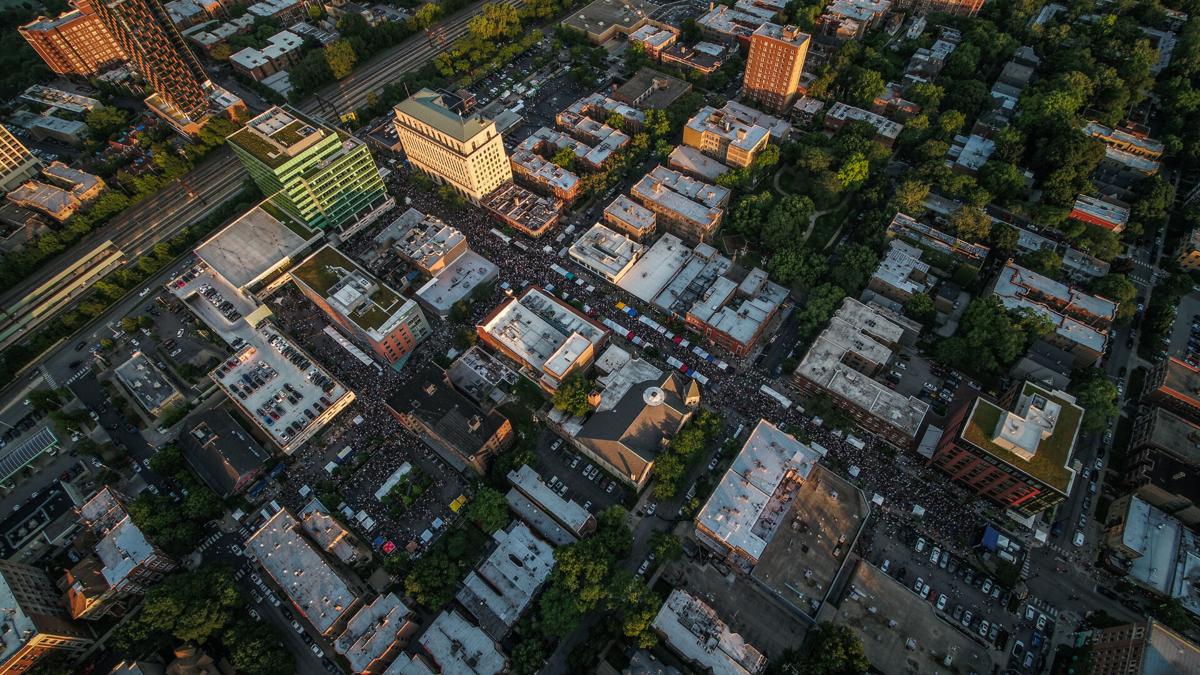 A past edition of The Silver Room Block Party from above

A past edition of The Silver Room Block Party

A past edition of The Silver Room Block Party from above

The Silver Room Block Party is a spectacular South Side get-together, but one that leaves Silver Room owner Eric Williams footing the bill.

In 2019, it was more than $100,000. Williams has a 12-year-old daughter, and suspects he could better spend that money on her college tuition someday.

More immediately, there is the pandemic and recession, though his store, 1506 E. 53rd St., is doing alright. Still, he won't be throwing the Block Party this year.

"We're in a different place," he said in an interview. "Things are looking up. But it's too late for me to say, 'Oh yeah, now I'm going to do a Block Party now, now that things might be better in two months.' And we still don't even know to be honest with you."

The Block Party, held in the third week of July, always takes a lot of time to plan. Beginning in September, there's fundraising, planning the theme, securing equipment and vendors and doing logistics.

When Williams began throwing the Block Party in Wicker Park, he had his own stereo and jumper cables to power it. With only 100 attendees, he didn't have to hire security. He put together a makeshift stage out of wood and cinder blocks. After the first couple of years, when the expenses began to add up, he justified them, saying they were good marketing for the store. But $3,000 became $5,000, $10,000, eventually $20,000. At first, he tried to get sponsorships.

In 2016, when the festival moved to Hyde Park, the costs skyrocketed.

"Everything was just 'more,'" he said, "First it was 'We're going to throw this party for some kids,' and that was it. Now I got to do all of this other stuff that I wasn't planning on doing. Now I got to hire people to help you try to raise money. It became this thing that it was never meant to be."

He tried to make it work on a donation basis, but people never donated. The Block Party does make money through food and alcohol sales, by way of vendors, and it makes some money through sponsors. But it is a lot of work.

"It just gets to the point where it's way too much work," Williams said. "I would like to do it in 2022, but I need time to figure out the right structure."

Another issue is that there are too many people coming year-over-year to 53rd Street. "We can't go north, we can't go south, we can't go east," he observed. "We can go maybe one block more west, but I don't think that's going to be enough … I just don't see how we can continue to pack more people into the same footprint. I couldn't even walk two years ago."

Williams' professional interests are also expanding. In July, he will open the Bronzeville Wine Bar, a sister restaurant to The Silver Room, at 44th Street and Cottage Grove Avenue out of a desire to bring a cultural space to the neighborhood. It will seat 115 inside with a chef's table and a small stage and 70 outside.

But he knows that part of the Block Party's success is because it is one of only a handful of South Side festivals. People on the coasts want to perform at it, he said; people visit Chicago that weekend to come. One hundred vendors have sold wares at the event in recent years — people have told Williams that the Block Club was the first place their T-shirt or apothecary lines got started. Other people have told him that they reconnected with old friends from high school, and met girlfriends or husbands there.

"It's great PR for the store, but at this point, I have nothing left to prove. The store is doing fine. The event is not for me anymore at this point.

"I can't just do it just to be doing it. If I can't figure it out, then I just won't do it. I just don't know what that looks like. Unless some god comes down and cuts me a check for a half-million dollars to make it a free event everybody — OK, great. But until that happens, I just have to figure something else out."

The SilverRoom owner Eric Williams sounds like a very intelligent, practical man. Let's get him to run for US Congress or some other important position. Our Congressional delegation needs some new faces and new ideas with practical people.