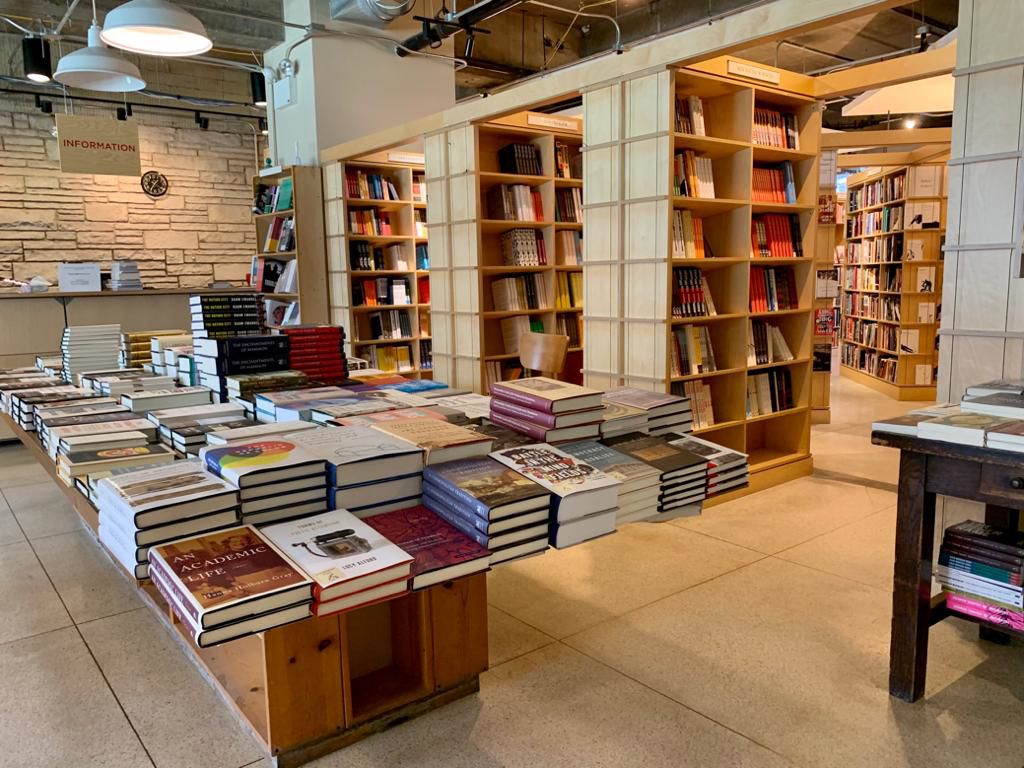 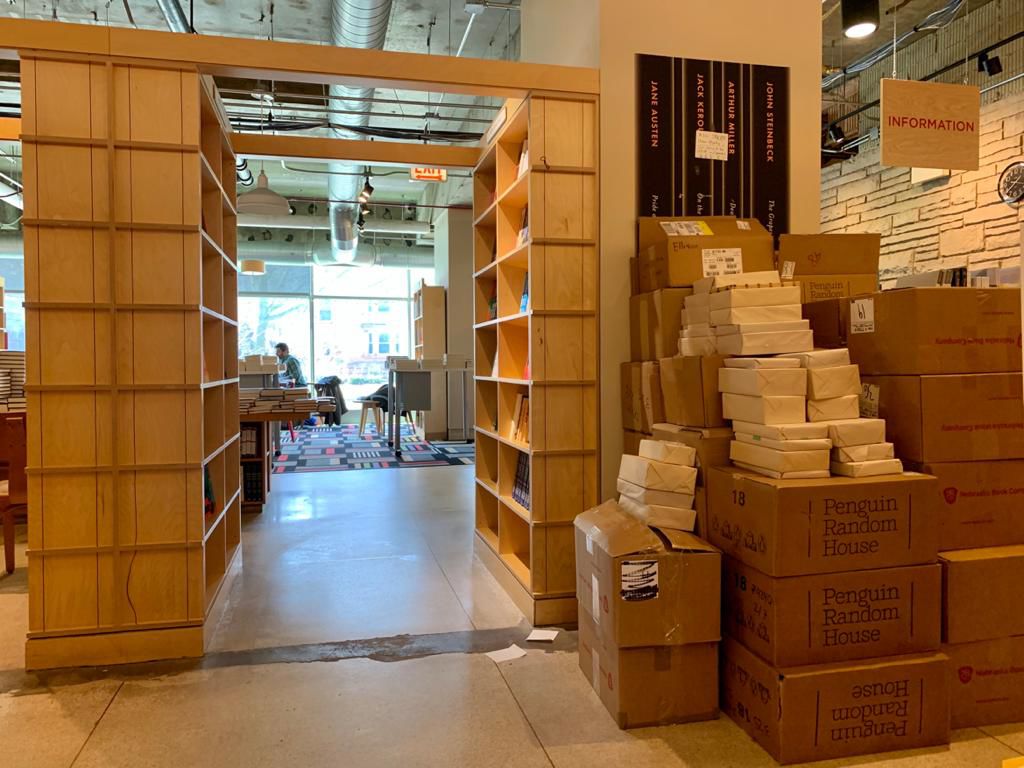 Packages to mail at the Seminary Co-op, 5751 S. Woodlawn Ave.

Packages to mail at the Seminary Co-op, 5751 S. Woodlawn Ave.

Soon after taking nonprofit status, the Seminary Co-op Bookstores is in survival mode, attempting to weather the sharp economic downturn and storefront closures expected to wipe out $1 million in revenue through the end of June.

None of the 45 staff members, approximately a third of whom are full-time with benefits, at the bookstores have been laid off yet, however, and Director Jeff Deutsch hopes that a combination of fundraising, loans and federal grants will enable the institutions to continue operations.

Becoming a nonprofit was meant to provide more stability for the enterprise; one of the first industries wracked by the disruptions of the internet age was bookstores, which have adapted to be community centers. The bookstores are no longer in the business of maximizing profits for shareholders, Deutsch said, but in maximizing cultural value for the community.

"That we sell serious academic books is a part of it, but it's also how we sell them, which is with tremendous patience and a recognition that, because a book might not be bought in a given day doesn't mean that it's not adding value to the browsing experience and the collection," he said. In 2018, the Seminary Co-op, 5751 S. Woodlawn Ave., and 57th Street Books, 1301 E. 57th St., sold 28,000 books, 16,000 of which were single copies.

"Before any of this happened, we were looking at a large fundraising campaign that could help us build something like an endowment between $5-10 million," Deutsch said, conceding uncertainty as to whether the bookstores will physically reopen by the beginning of the third quarter.

"Even if we are, because the university is doing distance learning, the neighborhood is not what it was," he conceded. "And we know that all of our events have been canceled, and that is a significant revenue stream."

Deutsch praised the community for its recent support, relating that online orders in March were the highest in history, four times what they were a year ago. But he does not know how long that online commerce can be sustained, and sales were still down significantly last month.

The bookstores seek to raise $250,000 through a GoFundMe — $100,000 of which has been raised already — and Deutsch thinks that money will also come from the Coronavirus Aid, Relief and Economic Security (CARES) Act, Congress' $2 trillion stimulus passed late in March, which included a Paycheck Protection Program for businesses and nonprofits employing 500 people or fewer.

The rest of the lost revenue will have to made up through sales and decreased expenses around inventory, not staff. The bookstores have cancelled all outstanding orders. But online sales return a lower margin "for a number of reasons," Deutsch said, including the labor necessary to send them out.

"Right now, the work is there," he added about the currently absent layoffs. And the grant from the CARES Act requires businesses to maintain their payrolls to a degree.

Between the bookstores' 60-year history, their niche in book-selling, nonprofit status and community support, Deutsch said he is confident they can get through the pandemic.

"We need the talent and we need to take care of our community right now, so if the federal government is making that offer, then we'll take it," he said. The application process opens on Friday, and he hopes to hear back a week later. The bookstores' loan officer is optimistic, Deutsch said.

"We think that we've received a bit of a reprieve, and it will help us get through the next month," he said. "If the (Small Business Administration) loan comes through, then that's two-and-a-half months we're looking to cover. And if we meet our goal on the GoFundMe, then we think that two-and-a-half months will be covered. And that'll get us through the beginning of June, and then who knows what's next."

The beginning of spring and the beginning of the academic year are the most important times for the bookstores. The bookstores held 700 author events last year, which sell a lot of books, but Deutsch does not expect to hold any at the stores this year and "very few" with partners.

"There's a commitment to the importance of this work that has always been there, but no matter what we're going through at this moment, we are deeply committed to keeping it all going," he said.

thanks for sharing an informative article keep going https://onmoviesapp.fun/