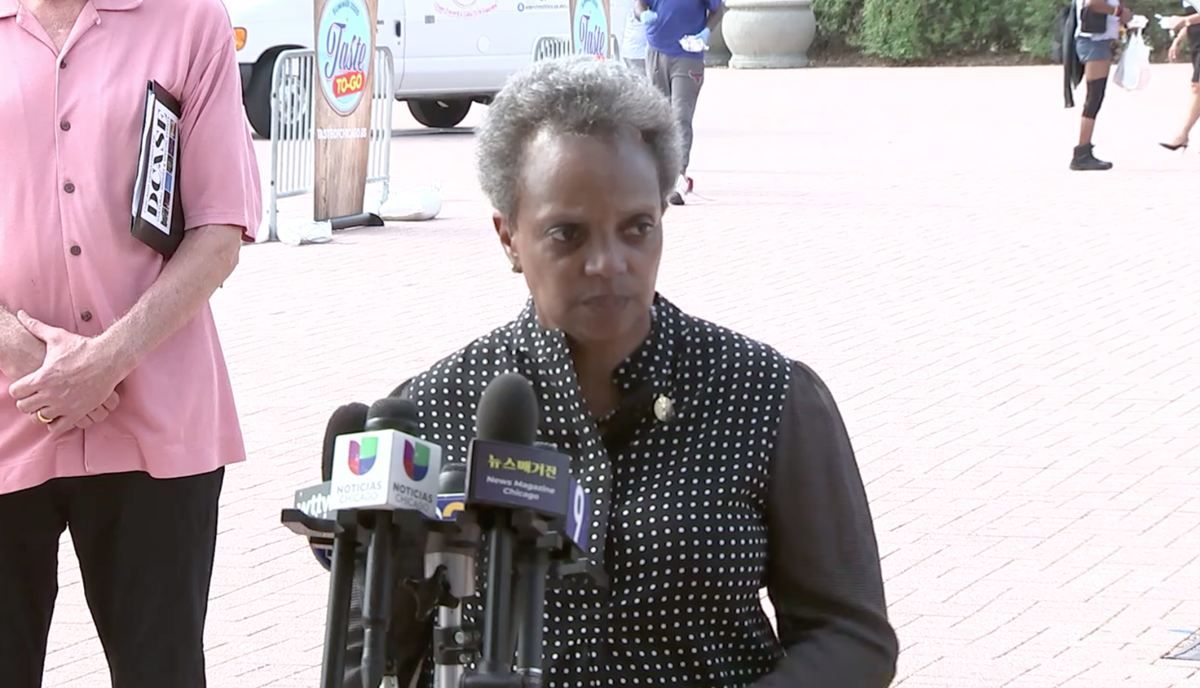 After a soft opening last Labor Day weekend, Reggies on the Beach, a bar and grill off 63rd Street with ample outdoor dining, cannot open because the city's beaches are still closed.

"We were all set to head into this year full-speed, our first full season at the beach, and of course this happened with the COVID," owner Robby Glick said in an interview. "There's nothing really you can do about that, but when they announced you can do outdoor seating areas with all the restrictions … we thought that that was going to apply to the beach."

The original Reggies Chicago in South Loop, 2105 S. State St., opened its rooftop and sidewalk patio on June 3. But CBRE, a commercial real estate agency that works with the Chicago Park District, told Glick that he could not open his Jackson Park location until the beaches re-open.

Mayor Lori Lightfoot has said Chicago's beaches are staying closed for the time being, even as other Park District properties have reopened.

"I think beaches pose particular challenges because of the social distancing issue," she said at a July 8 press conference. "Very difficult to enforce social distancing on a beach. We've seen that in other areas of the country that started and then closed down their beaches. We just think at this point, particularly where we are in the arc of the virus, that opening up beaches or swimming pools is a step too far."

Beaches and bars "are not the same thing," Lightfoot said just beforehand. "We are being very, very cautious with the bars being open, and that's why we've placed a lot of emphasis over the past week to 10 days about what absolutely needs to happen within bars to make sure that they are doing everything possible to keep their workers safe and to keep their customers safe."

Lightfoot's administration announced Friday that  all bars, restaurants, breweries and other establishments that serve alcohol for on-premises consumption will be required to close by midnight each evening, building on the prohibition of alcohol sales for on-site consumption after 11 p.m.

But Glick says not allowing his business, 6259 S. Lake Shore Drive, to reopen makes no sense: "The customers who are coming to Reggies on the Beach, they're not coming in their swimsuits and their beach towels; they're really not coming out for a day out at the beach and then to hit up the restaurant. They're just coming to the restaurant."

Tracy McKenzie, director of asset services for CBRE, 321 N. Clark St., Suite 3400, directed those seeking comment to the Park District. Spokeswoman Michele Lemons said in a statement: "With the exception of the lakefront trail, harbors and golf courses, Chicago’s lakefront and beaches remain closed under the Chicago Department of Public Health executive order.

"All concessions that operate on property closed to the public, are not allowed to open for business. These businesses will be able to open when public health guidance determines beaches and lakefront parkland can safely open for public use."

Lightfoot's office did not immediately return a request for comment.

"There's no reason we can't be open and the beaches stay closed," Glick said. "They're policing the beaches being closed anyhow, and we can even help with that. Our security staff can help make sure that they know the beach is closed and that they can only come to the deck, sit down, social distance, eat and drink, and then take off."

He said the Park District told CBRE at the end of June to get vendors their permits and access to get ready for a city-targeted reopening of beach restaurants, if not the beaches, on July 6. Lightfoot would have to come out with a statement announcing the opening, Glick said, but none came.

The problem is that Reggies on the Beach is a seasonal business, with 14 weeks between Memorial Day and Labor Day. At this point, "Seven weeks are gone, so we need to get open," Glick said. "It's not necessarily selfish reasons: it's just about being fair. If you're going to allow restaurants all over the city and have outdoor areas, why not allow the ones on the beach to open and keep the beaches closed?"

Glick does not foresee having to close Reggies on the Beach, given the money already invested in the property and a fair, five-year lease with CBRE he said "is based upon the numbers that we do, (with) a small amount on top of that." But he does want to make at least some money this year.

"We're still going to have our tables six feet apart and only let people come in with their masks until they get to their seats," he said. "All the servers will have a mask, and we'll be cleaning and disinfecting like crazy and using disposable plates, silverware and cups. It'll be just the same as other restaurants are doing, and the only difference is that we have the fresh air of the lake."