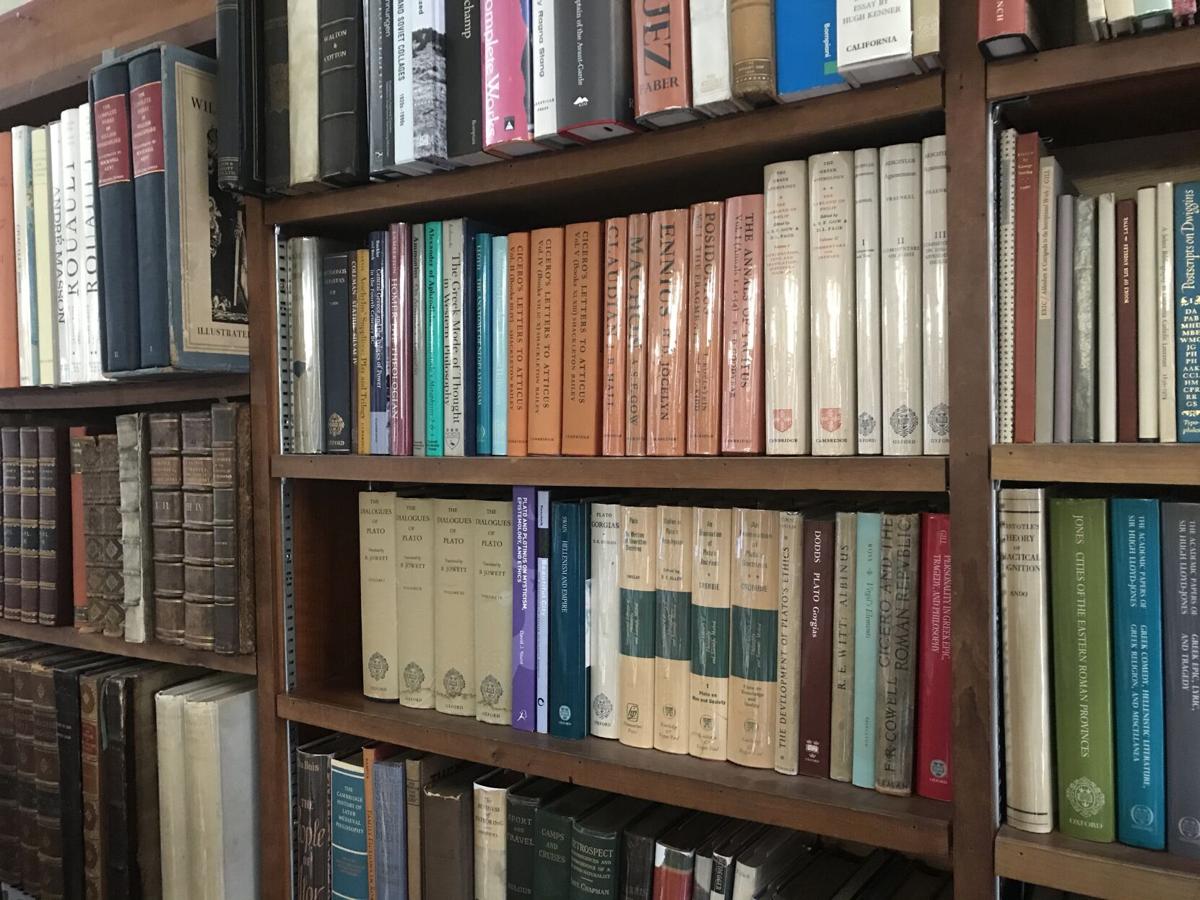 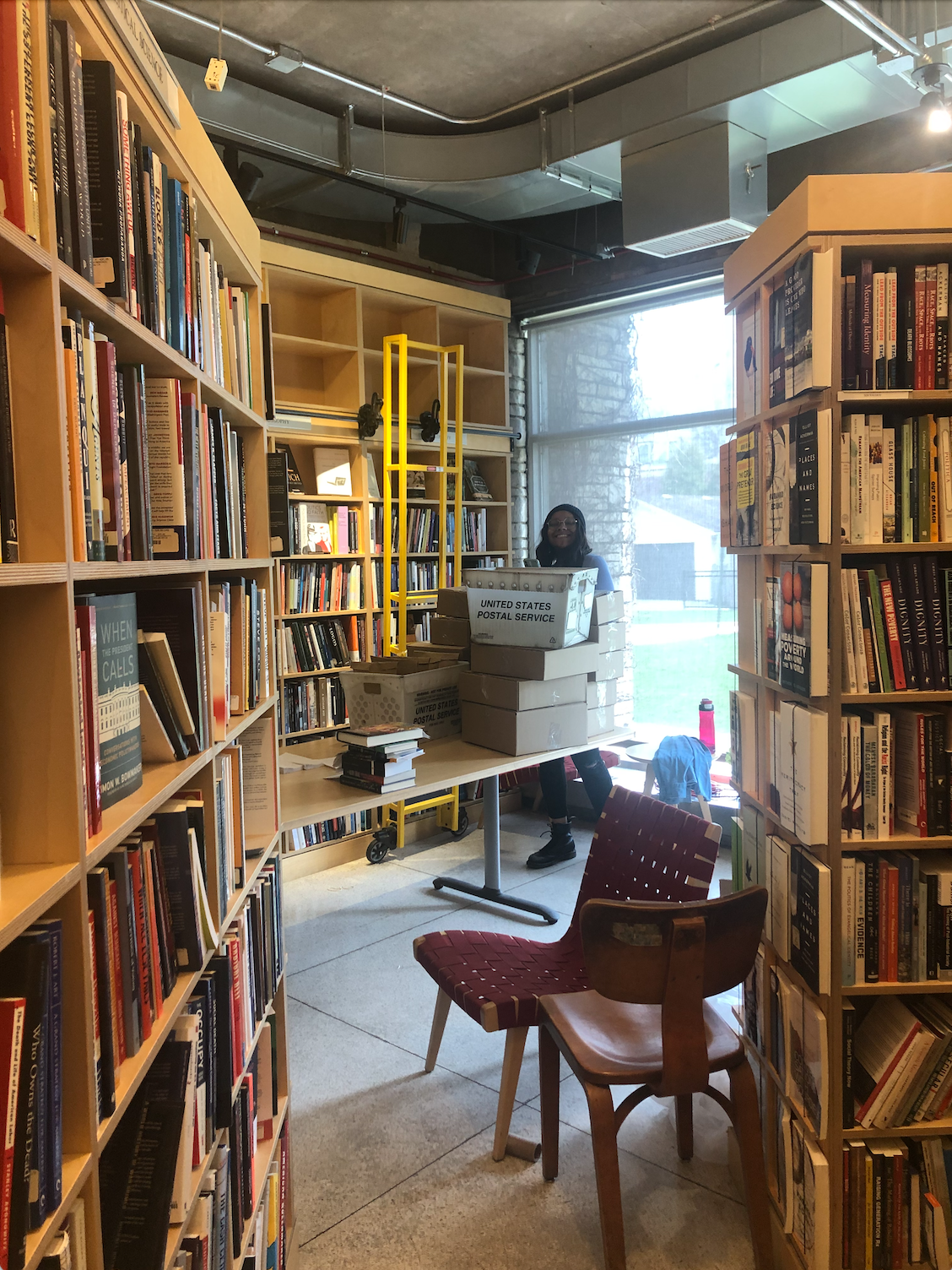 "We were trying to figure out how to celebrate," said managing co-owner Brad Jonas, "then, instead, paying attention to what the governor had required, we closed down."

But the Hyde Park storefront, 1501 E. 57th St., is only part of his business. Powell's is also a wholesaler and an online bookseller, a long evolution that began once the internet took a bigger bite out of the brick-and-mortar industry.

A few months after all Illinois businesses closed, Powell's began offering, with small business assistance from the University of Chicago, curbside pickup. It never made any money, Jonas said, "But at least we got people to know that we were still in business, and that was helped by that stipend." Powell's also got federal assistance through the Paycheck Protection Program (PPP).

Powell's has remained closed during the pandemic, though its warehouse by Midway International Airport has remained open. Internet sales have sustained the business: store revenue has declined around 95%, while the wholesale business, has declined up to half. But online sales (most frequently over Amazon) have doubled.

Powell's did have to lay off some of the 12-15 employees who worked at the storefront before the pandemic. Jonas would like to hire everyone back, but he can’t, both because of financial reasons and because some former employees, who were university students, have moved on with their lives.

"The biggest concern for us is what the future is about. We've had a hard time predicting," he said.

Predictions throughout 2020 that reopening would occur within a couple of months never panned out. Staff worried about customers coming into the store — 25% maximum capacity is hard to figure out in a place with books shelved floor-to-ceiling in narrow rows, and ventilation "is not great in the middle of a pandemic," Jonas admitted.

Today, he projects that reopening will occur on Sept. 1.

"Our feeling is by the end of the summer, particularly in Hyde Park, people will get vaccinated, and we are hopeful that we will see some decline," Jonas said. "I expect that by Sept. 1, we will require people to wear masks. We will still try to social-distance, wash things down as much we can. We're just not there yet both psychologically, and I think customers are not comfortable yet coming in and browsing with someone six feet away from them."

At the Seminary Co-op Bookstores, also closed to in-store shopping since March 2020, two factors are going into the reopening decision-making process: health and financial operations. Director Jeff Deutsch said that there have been ways to re-open the business for some time with proper safeguards in place. But while he wants to bring back the store, he also wants the business to remain economically viable.

It isn't that the Sem Co-op bookstores, the namesake at 5751 S. Woodlawn Ave. and 57th Street Books, 1301 E. 57th St. — which were just named finalists for Publishers Weekly's "Bookstore of the Year" award — do not have the funds to reopen to shoppers immediately. Rather, the operators don't know if consumer behavior has changed so much that reopening will bring enough revenue with it.

"We'd be fine with net-neutral, but we can't lose money," Deutsch said. "Based on the analysis that we've done, based on having reduced foot traffic, because so few people are in the neighborhood and because so few people are going out and comfortable going out for leisurely strolls through the stacks, which is different from grabbing some groceries — we don't think that that business today will be significant enough."

If the bookstores were on 53rd Street, with its ample foot traffic, that would be one thing, Deutsch said. But the university campus is a shadow of its typical hustle and bustle: "There's no reason for them to come down Woodlawn. It's us and the Robie House, and usually it's campus. And that's even true for 57th Street."

At this point, Deutsch said the Sem Co-op is doing "really well" based on what is already in the bank, community giving and a second-round loan from the PPP. Online orders are "fantastic," he said, enough for the business to break even, keep everyone employed and maintain relations with publishers.

Nevertheless, sales are down 55% from just before the pandemic began; even during the Great Recession, Deutsch said, industry-wide sales declines were in the single-digit or teen figures. This pandemic recession has seen industry-wide declines of 30-70%.

The Sem Co-op's nationwide base of customers — half of the orders since last summer came from outside of Hyde Park's ZIP codes, and 38% from outside of Chicagoland — and $500,000 reduction in inventory have helped. More than half of the orders that come from curbside pickup-eligible ZIP codes are being shipped, which Deutsch takes to mean that people do not yet want to go out.

Operating the store as a shipping business also takes up floorspace, especially with the constraints of social distancing, which would be encumbered if the bookstores were to reopen for public browsing.

Deutsch said the Sem Co-op is debating ways to recreate the bookstores' emotional experience, suggesting sidewalk sales or limited hours. He noted that spring and summer are traditionally the least-busy months, but added that the closing will not last forever.

"Ultimately, having a physical space for books is why we're here," he said. "As soon as we can do that comfortably from a financial perspective, we will."

"There's nothing I would rather do more than to stroll the aisles of Powell's, so I know how important it is to be in these bookish spaces," he added. "I can also say that we deeply miss having community in our spaces. These spaces were built for community, and only through that engagement do the spaces actually come alive."

"We are so humbled by how much we mean to the community. That's a really special and fortunate position to be in, to be such a resource," he said. "We take the responsibility that comes with that very seriously."

Powell's, famous for its long, steady hours — 9 a.m. to 11 p.m., seven days a week — will likely not be able to keep them for some time when it does reopen its doors to customers.

"I just don't think it's going to be economically sensible. I think people are going to start coming back to retail slowly," said Jonas.

"We also did very well by out-of-town book-buyers who would come to Chicago — maybe they're dealers or someone who's really interested in collecting. Because we have such extensive hours, either so early in the day or late in the day, they could see us and still see some other people on the other parts of town."

At one point, Powell's debated staying open 24/7, which was not economically viable. Fourteen long hours of operation was before the pandemic; Jonas said, some years down the line, it might be again.

"On lots of levels, we're all having to reinvent ourselves, and we are going to be reminiscing about the way things used to be," Jonas said. "But I think there will be new things that will come forward, and I think it'll be different. While we've done very well with people buying books online, I really miss seeing my customers. I miss hearing from them, talking to them, learning things. Of course the sales were essential on the internet, but it's not as gratifying as what happened in-store."