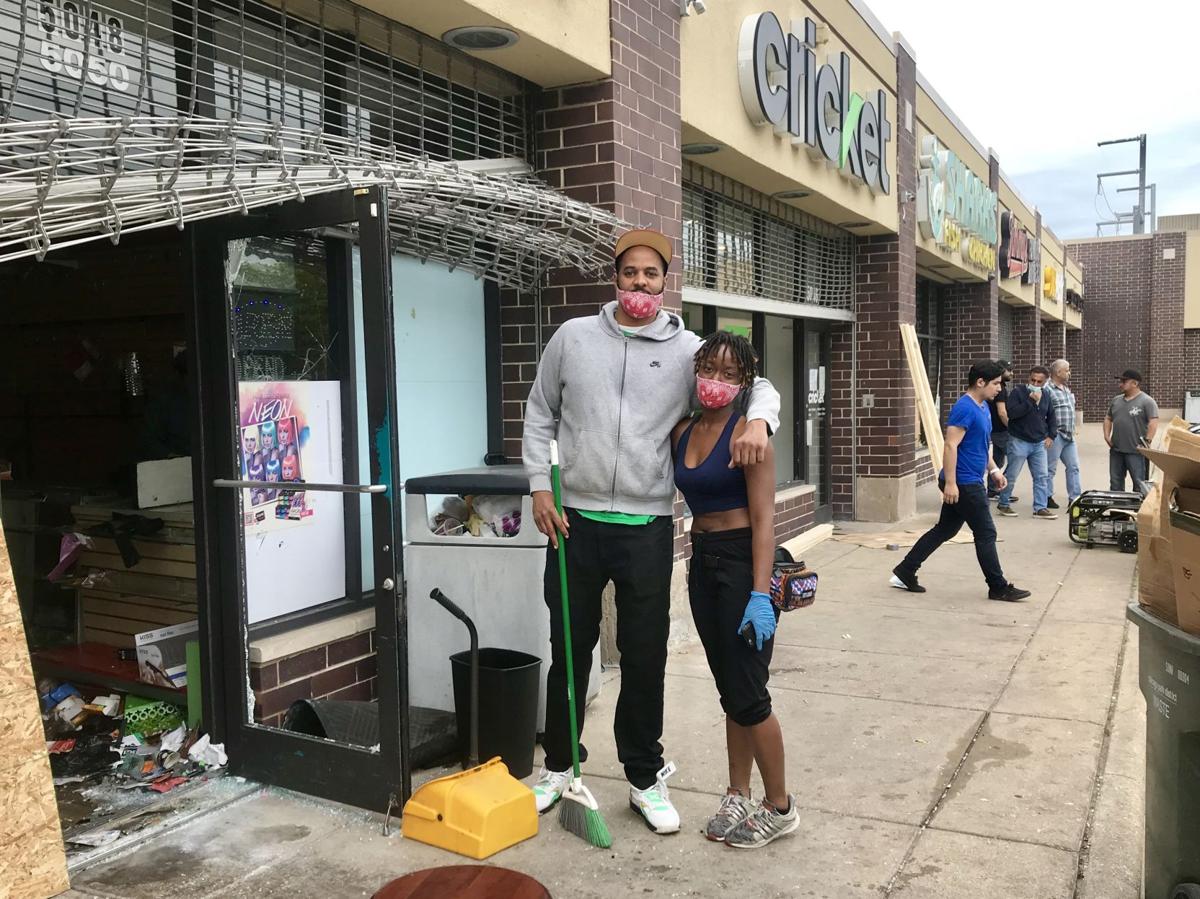 Omar Hameen and Leeosha Wallace outside of Modern Beauty, 5050 S. Cottage Grove Ave., where they volunteered to clean on June 1. 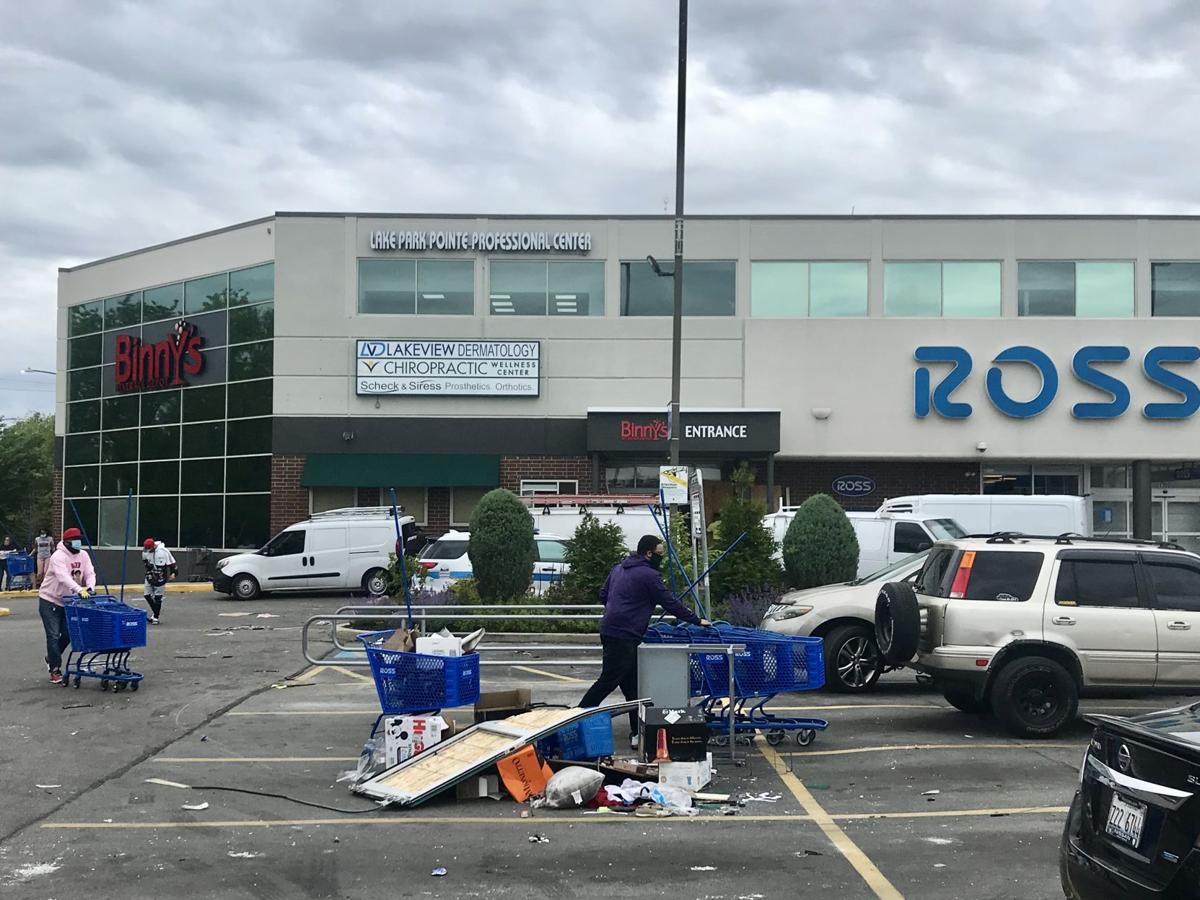 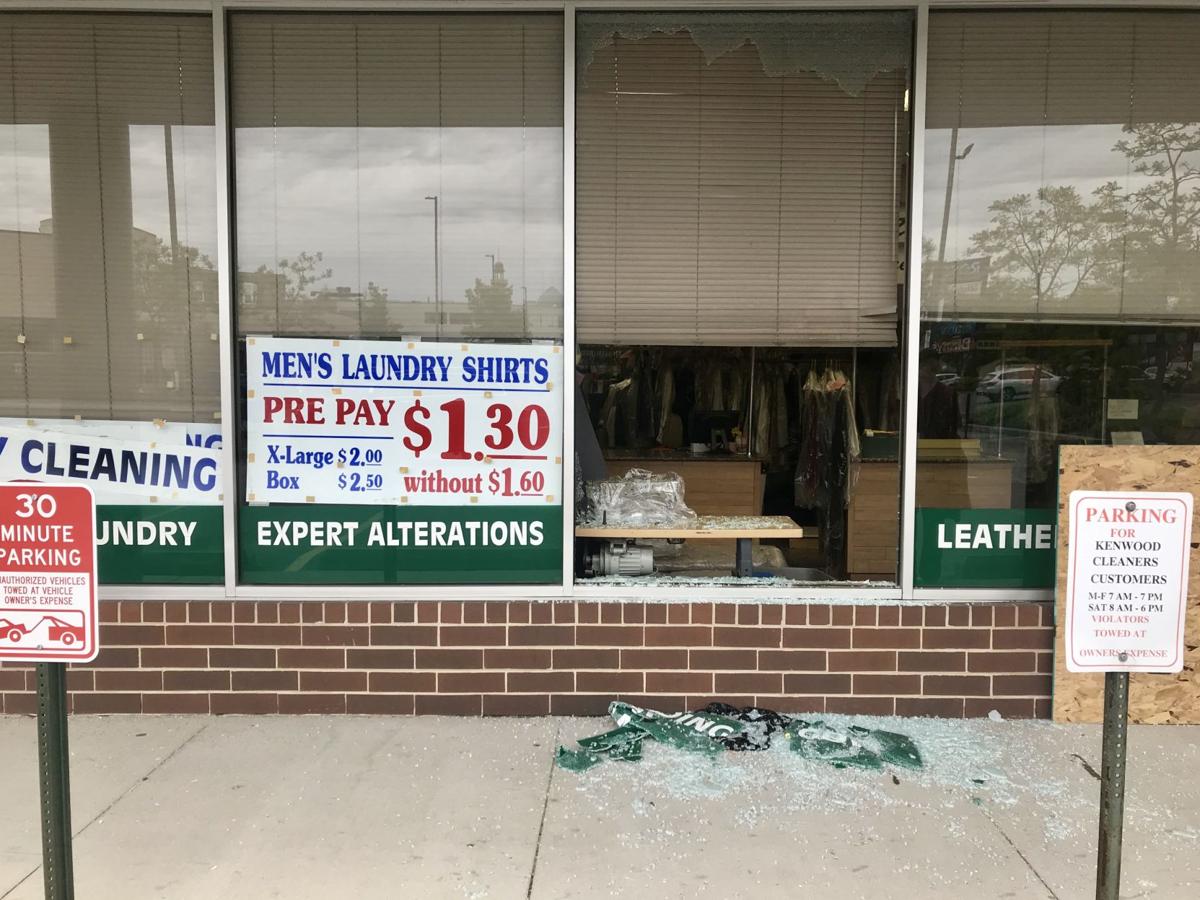 Omar Hameen and Leeosha Wallace outside of Modern Beauty, 5050 S. Cottage Grove Ave., where they volunteered to clean on June 1.

Looters targeted strip malls at 51st Street and Cottage Grove Avenue and 47th Street and Lake Park Avenue early Monday morning, as the mayhem that beset downtown Chicago dispersed out over the Windy City, leaving dazed business owners and volunteers to pick up the pieces and take stock of damage after sunrise.

Isaac Kim, whose family has owned Kenwood Cleaners for a little over 10 years, said thieves made off with the business' computers and register — "But everything is replaceable. The management looks like it's on top of it, so we'll see what happens," he said.

Asked what he would say to looters if he could, he answered, "Not much, but we feel the pain. I'm not mad or sad or anything, I've just gotta get through it like everybody else."

At Italian Fiesta Pizzeria, which has been in business in Kenwood for decades, looters broke open near-empty cash drawers and rummaged through the office. Manager Steve Harris said they broke the windows around 1:30 a.m.

"I felt like we were almost untouchable, but at this point it really doesn't matter about anything," he said of the restaurant, which moved locations in Kenwood last year. Nevertheless, he said he expects to reopen as a passerby expressed dreadful thankfulness that the looters did not burn the businesses down.

Ald. Sophia King (4th), whose ward saw looting in Bronzeville and downtown as well, observed the damage in Kenwood and had little to say beyond the all-out sadness at the situation.

In Kenwood, as they did in neighborhoods all over the city, dozens of volunteers turned out to help clear storefront sidewalks and parking lots of debris, however, including Leeosha Wallace, who lives in Hyde Park, decided to ride her bike and see where she could help and stopped at the first place she saw.

"After peacefully protesting Saturday and it became not peaceful, I seen the aftermath of what people were doing," she said as she swept up broken glass outside of Modern Beauty. "Lori Lightfoot told us that we could protest, and then she sicced the police on us. That's when the looting started. I didn't even think they were going to come south. It's just sad.

"These are businesses that us, as Black Americans — any race, we come here every day. It's beauty supplies, food: we come here. Now we can't.”

Amid the pandemic closures of sit-down restaurants, the businesses in the strip mall stayed open, Wallace observed, then, "Opportunists seen some stuff, and they just destroyed it."

"I didn't care about the looting at first, but then I thought about it. It's like, y'all are tearing up y'all's stuff, and y'all have to live here. Y'all dying to go looting?" she said. "Y'all going to go out behind Nike and Jordan and miscellaneous things and not doing the right thing — not being peaceful — and then it separates the peaceful protesters from the looters. Because now nobody knows who was who!"

Whatever comes, she does not expect anything to be the same: "Chicago already didn't have a summer with the corona. Now we're really not going to have a summer."