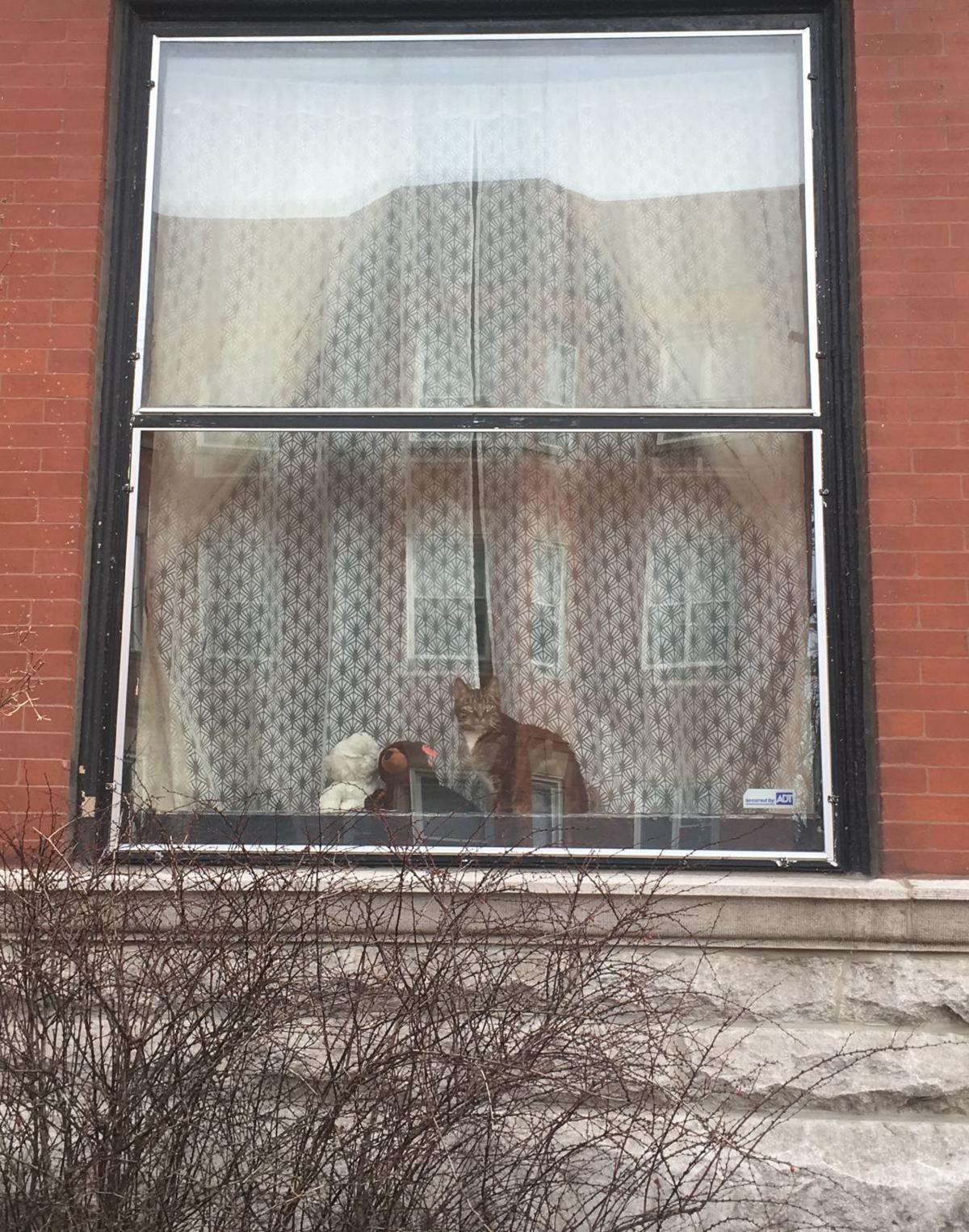 Two bears (stuffed) and a cat (living) in a window sill across from Spruce Park. 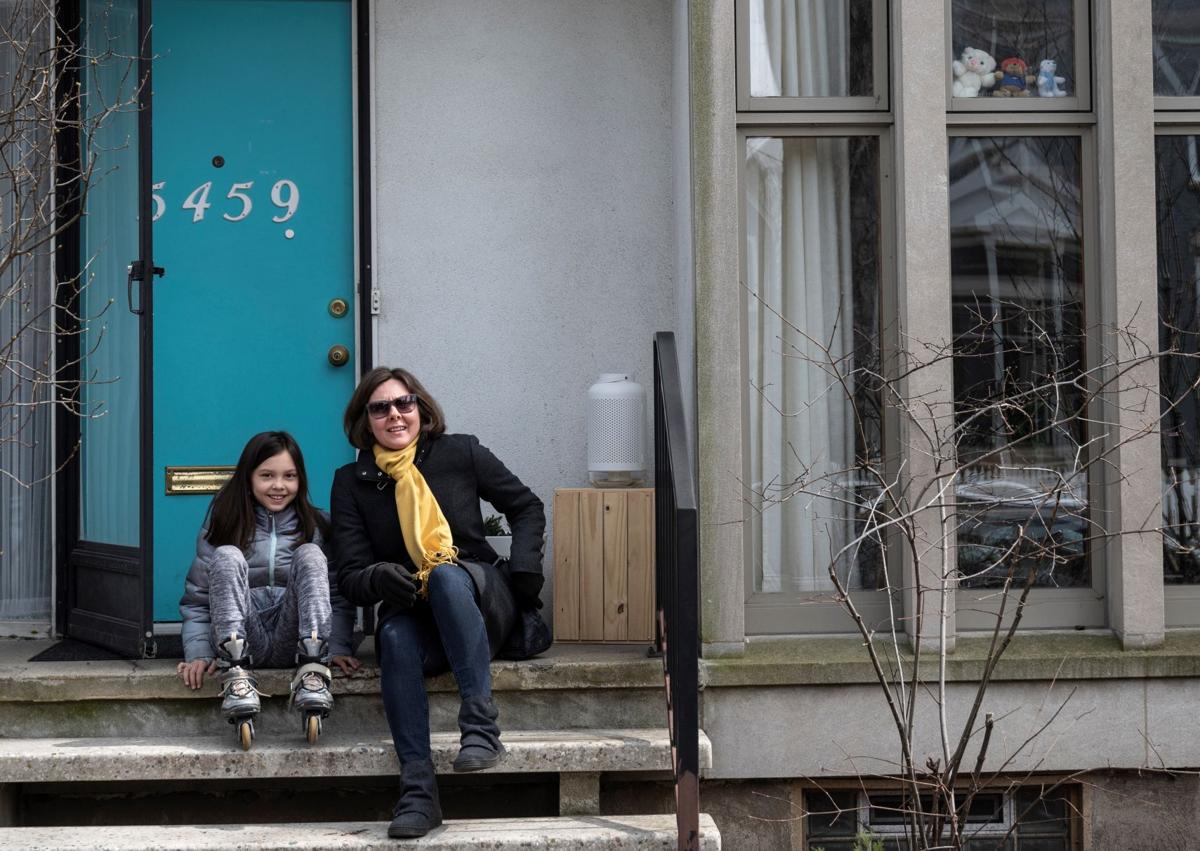 Hanna Siuria and her daughter prepare to go out on a Teddy Bear Stroll to view  numerous teddy bears, other kinds of stuffed animals, and other objects with bear motifs on their porches and in their windows. 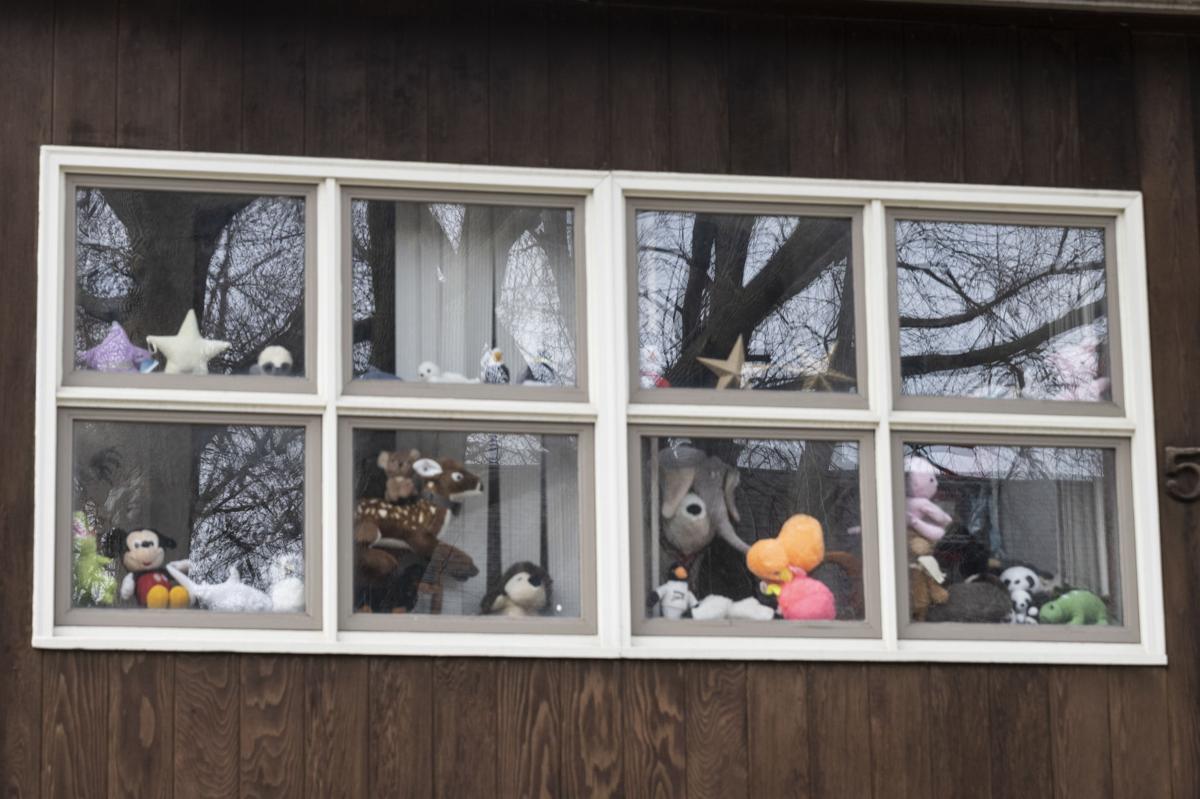 A variety of stuffed animals can be seen behind the windows of a residence on Ridgeway Court for those on a Teddy Bear Stroll.

Two bears (stuffed) and a cat (living) in a window sill across from Spruce Park.

Hanna Siuria and her daughter prepare to go out on a Teddy Bear Stroll to view  numerous teddy bears, other kinds of stuffed animals, and other objects with bear motifs on their porches and in their windows.

A variety of stuffed animals can be seen behind the windows of a residence on Ridgeway Court for those on a Teddy Bear Stroll.

Over the past few weeks, as schools around the country close and parents find themselves taking care of children at home, many may find themselves at a loss for how to entertain them. Parks and playgrounds are closed, and social distancing requirements discourage play dates. Instead, a new trend — one that encourages fresh air and a sense of adventure — has sprung up: bear-hunting.

The phenomenon came to Hyde Park by way of the Good Neighbors group, an online listserv of residents discussing mostly local issues. On Sunday, Holly Johnston, a children’s psychologist, forwarded an email from an acquaintance in Silver Spring, Maryland, detailing how residents there were putting stuffed bears in their windows and drawing up maps that neighborhood children could use to find them.

The idea is adapted from We’re Going on a Bear Hunt, a children’s picture book published in 1989, and itself inspired by an old folk song. During the outbreak, it's become a way for parents to encourage children to go on walks during part of the day.

On the Good Neighbors listserv, people quickly took up the idea, writing back with addresses and bear descriptions — species, given name and sartorial accessories such as bow ties.

“I’ve been worried about the families I work with because they’re all stuck at home with each other, which can be a good thing. Other times it’s quite difficult,” said Johnston. “(This) seemed like such a lovely thing for them to do.”

Cheryl Hubbard, a Hyde Park resident, saw the enthusiastic responses to Johnston’s initial message, and decided to create a shared spreadsheet to help parents keep track of where the bears are located.

Since then, bear reports have taken over both the virtual listhost and the physical neighborhood — as of Wednesday afternoon, more than 250 addresses had been added to Hubbard’s spreadsheet. Not all of the animals are bears: a ladybug, ponies and the Muppets Bert and Ernie are scattered around local window sills, too. (One resident created an online map of all the stuffed fauna in the neighborhood.)

“We all need to go outside but we can’t take the kids to the playground because they’re not supposed to go on the equipment and not supposed to play with friends,” said Hubbard. “I think it does give parents something to do with their kids. It also gives everyone in the community a way to feel connected, because we’re all doing something together.”

Hubbard has taken her own eight-year-old daughter out on a hunting trip, printing out a list of nearby addresses from the spreadsheet and highlighting them. “The neat thing is that it kept her walking a lot longer,” she said. “We walked for over an hour.”

Bear-hunting has already come into vogue across the Chicago region, like in South Shore’s Jackson Park Highlands. And Johnston said that the mother of one of her patients has brought it to Evanston.

“Even when we were out walking yesterday, we would meet somebody with a child and some people knew about it and some people didn’t know about it …. Some kids and their mother stopped, and went right inside and put the bears in the window,” she said. “It feels so good for it to be taken up, but it also makes us all feel like we’re in a community that cares about children, and that we care about each other.”