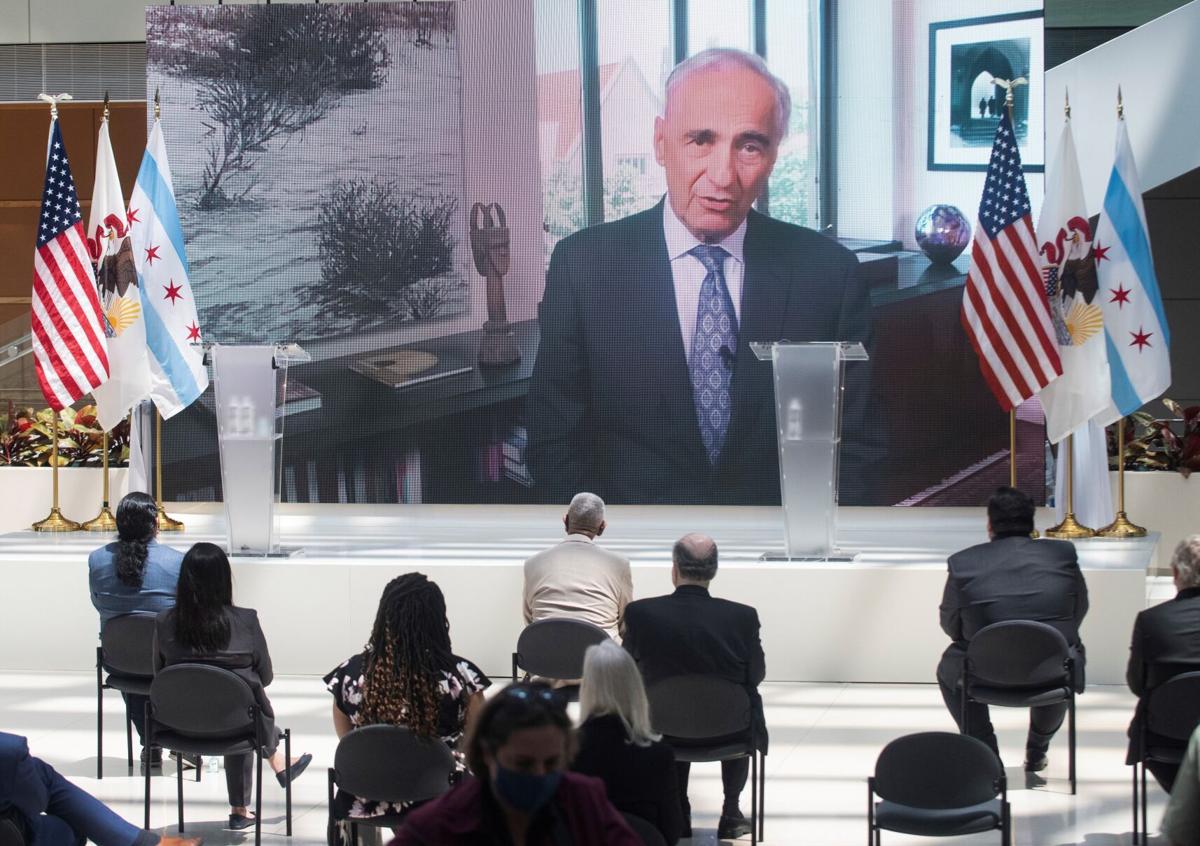 University of Chicago President Robert Zimmer speaks in a pre-recorded video as the US Department of Energy unveils a “Blueprint for the Quantum Internet. 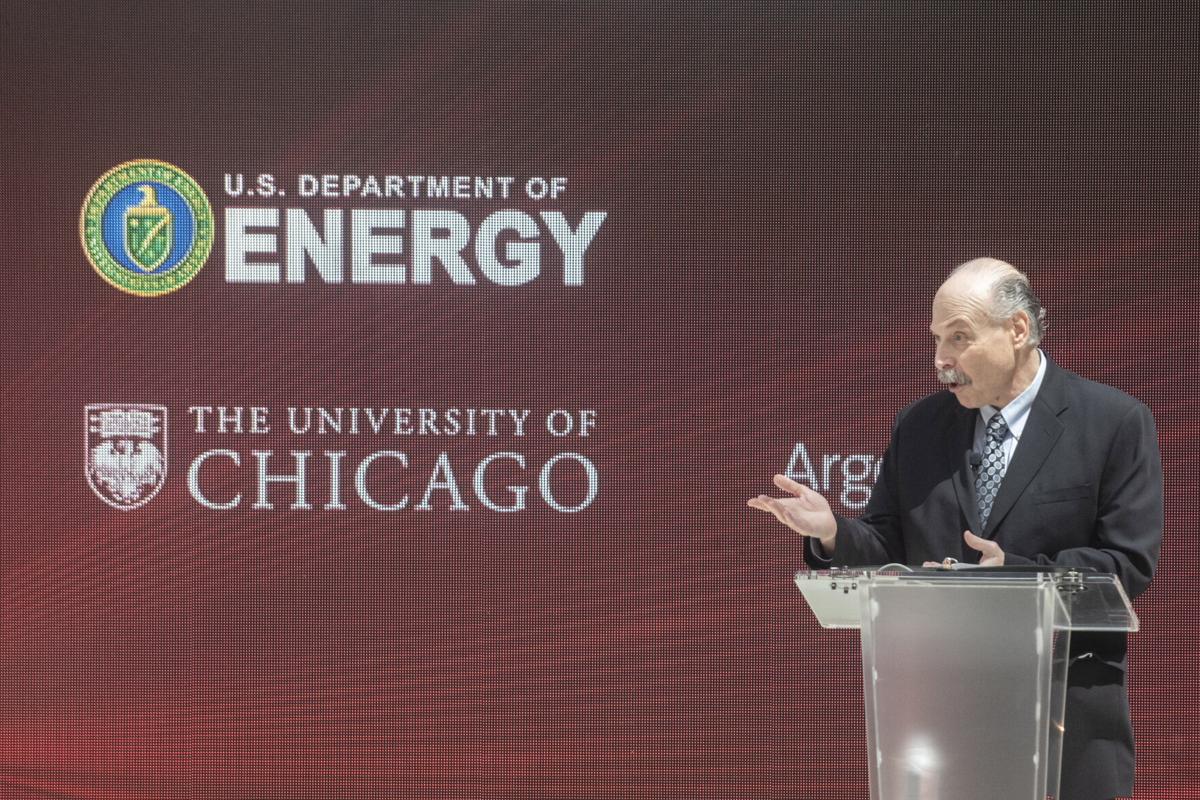 David Awschalom, director of the Chicago Quantum Exchange and professor in the Pritzker School of Molecular Engineering, speaks at the Department of Energy’s unveiling of a “Blueprint for the Quantum Internet.”

University of Chicago President Robert Zimmer speaks in a pre-recorded video as the US Department of Energy unveils a “Blueprint for the Quantum Internet.

David Awschalom, director of the Chicago Quantum Exchange and professor in the Pritzker School of Molecular Engineering, speaks at the Department of Energy’s unveiling of a “Blueprint for the Quantum Internet.”

The Department of Energy (DOE) put out its new report on a strategy for the creation and development of a national quantum internet, an innovation with significant scientific and technological implications.

The DOE revealed the report Thursday afternoon at the University of Chicago, which has become an important hub for government-sponsored quantum research. The U. of C. operates two national laboratories, Argonne and Fermilab, on behalf of the DOE.

“I would like to make two predictions. One, someone will win a Nobel Prize in Physics for quantum communications and, two, someone participating today will be a Nobel Prize winner,” said Paul M. Dabbar, under secretary for science at the DOE, during a press conference on the report. “Which one of you it will be, I don’t know.”

The DOE report itself outlines a framework for developing a quantum internet, which uses the principles of quantum mechanics to process and exchange information.

“In the quantum world, particles can exist in multiple states at the same time, like on and off, but simultaneously and they can be entangled. That is they can share information with one another, even over very long distances, and even without a physical connection,” said David Awschalom, a professor in molecular engineering at the U. of C., as well as a scientist at Argonne.

“A quantum internet is going to harness these strange properties to build new types of devices with powerful applications for national security, finance and medicine.”

A promising application of this kind of technology, the DOE report notes, would be its ability to deliver “the ultimate in secure communication.” That’s because a secure quantum network that transmits information would be able to detect any interference from an outside source, making for a significant improvement in cybersecurity compared with the networks currently in use.

“If we use a quantum network to send or receive information and someone tries to eavesdrop, they'll destroy the message. It's quantum secure. It's virtually un-hackable,” said Awschalom.

Other possible purposes include more precise measurements of phenomena such as gravitational waves, or higher-quality telescope images.

One unresolved issue with quantum networks is that, as distance increases, it becomes difficult to maintain the connection between two quantum nodes. Scientists are gradually discovering techniques for overcoming that problem, however.

In February, Argonne created a 52-mile quantum entanglement loop in the western suburbs — one of the longest such networks in the country. The loop will soon be connected to Fermilab’s headquarters in Batavia, forming an 80-mile network that will function as a “test bed.”

“Extending the quantum loop to Fermilab (will) provide the first national laboratory–to–national laboratory quantum network,” said Paul K. Kearns, director of Argonne. Kearns said that Argonne also is working on initiatives to correct transmission errors of quantum information in real time, and to develop a transducer to convert energy between microwave and optic photons.

The DOE report is an outgrowth of the National Quantum Initiative, an act signed into law by President Donald J. Trump in December 2018, which funnels $1.2 billion toward quantum research. In January, the DOE announced $625 million in funding for the establishment of Quantum Information Science (QIS) Research Centers.

The U. of C. also runs the Chicago Quantum Exchange, a collaboration among Argonne, Fermilab, private industry, and other universities. Earlier this month, the university announced that it had added seven new corporate partners, including Microsoft and Intel, to its collaboration.