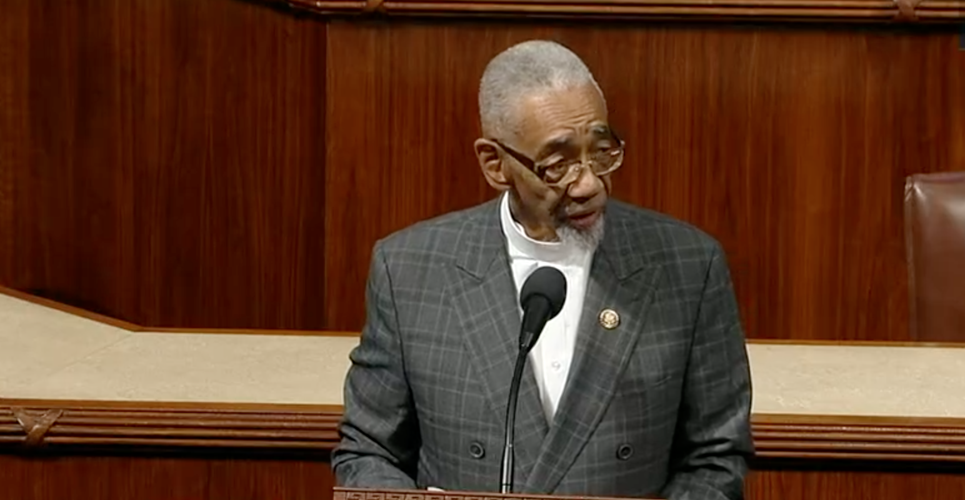 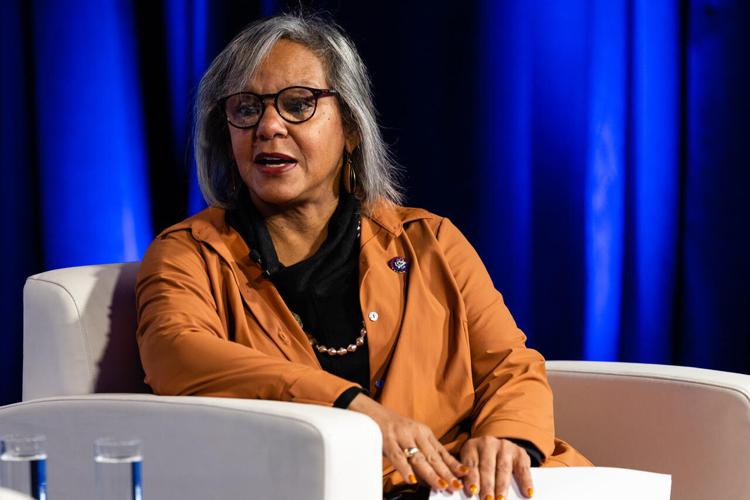 The U.S. House of Representatives met again on Jan. 3, but the Republican majority could not coalesce around a candidate for speaker, and the chamber adjourned for the day with no one elected.

“The congresswoman is committed to continuing to deliver for her constituents despite Republicans‘ sole focus on petty politics," said Rep. Robin Kelly's spokeswoman, Eliana Locke.

"I have to admit, it was disappointing," said Rep.-elect Jonathan Jackson (D-1st). "And although chaotic, it was still exciting, nevertheless. I am thrilled about our freshman class. I am excited about the colleagues I’ve reached out to on the republican side. And I’m looking forward to getting pass this hurdle and getting to the heavy lifting, in terms of the work that is desperately needed in our district. I'm hoping that will be today."

Former U.S. Rep. Bobby Rush (D-1st) achieved some legislative goals in the congressional lame duck session, including criminal justice reform and economic development efforts targeting underrepresented groups. But a signature effort to open up all FBI files related to its civil rights-era COINTELPRO operations did not pass before time ran out.

He and Rep. Robin Kelly (D-2nd) both supported the Democratic majority's priorities and brought back tens of millions of dollars for projects in their congressional districts.

On Dec. 29, President Joe Biden signed a $1.7 trillion spending bill into law that funds the government through September with $772.5 billion for domestic initiatives — including $500 million more for college tuition Pell grants and $100 million more for state substance abuse prevention and treatment block grants — $858 billion for defense, $45 billion for Ukraine and NATO allies and $40 billion in emergency spending on relief for extreme weather events and natural disasters, The Associated Press reported.

The bill also amended the 1887 Electoral Count Act to clarify that the vice president cannot determine who won an election, as electoral votes are tallied in Congress, and increases the number of legislators who must challenge a state's electoral votes from one member in each chamber to at least one-fifth of all members in the Senate and House.

Twelve total bills made up the appropriations omnibus, which the House passed on Dec. 23 with Rush and Kelly’s support.

Community Project Funding grants (aka earmarks) Rush secured for the district total more than $6.5 million. Among these earmarks is $2 million for the Illinois Institute of Technology’s planned 16,000-square-foot Bronzeville Opportunity Engine facility for community workforce and small business development and startup incubation, and $2 million for the CTA to study reopening the Racine station on the Green Line's Englewood branch. An additional $1.6 million was set aside for Chicago State University's Department of Communications, Media Arts and Theatre, $500,000 for Chicago Public Schools art programs and $500,000 for the creation of the National Museum of Gospel Music at the site of Pilgrim Baptist Church, 3301 S. Indiana Ave.

Two more of her priorities were included in the appropriations omnibus. States that have expanded Medicaid postpartum coverage from 60 days to a year under her Helping MOMS Act will be able to keep the provision, and other states will be able to do so indefinitely, rather than for seven years under the American Rescue Plan. And the Food and Drug Administration will require pharmaceutical companies to submit diversity action plans when doing clinical trials for new drugs and medical devices.

“I am proud to have secured $17,534,241 in Community Project Funding in this bill that I know meets long overdue community needs in Illinois’ 2nd District,” Kelly said in a statement. “These investments create jobs with better pay, make us safer, strengthen our communities, and start to tackle climate change. These projects will benefit every part of the 2nd District and will help our neighbors thrive whether they live in an urban center, a suburban neighborhood or a rural community.”

She also lauded the $34 million earmarked for the Department of Energy’s Office of Economic Impact and Diversity.

On Dec. 13, President Joe Biden signed the Respect for Marriage Act into law, which Rush and Kelly both supported. It codifies federal recognition of same-sex and interracial marriages into law. States would have to recognize such marriages performed in other states, too, even if a Supreme Court ruling would overturn the federal rights to same-sex and interracial marriage established by 1967 and 2015 cases.

“I am so proud that Congress has taken this crucial step toward progress and codified the rights of all people to marry who they love,” said Kelly in a statement. “As a committed supporter of LGBTQ+ rights, I will continue to work on behalf of my LGBTQ+ constituents to ensure that every person is treated equally, with the dignity and respect they deserve.”

In November, Rush and Kelly voted to bind  four outstanding rail unions out of 12 to a proposed  settlement Biden's administration brokered in September. The unions had previously rejected the settlement, which Congress had the power to write up under the 1926 Railway Labor Act.

Rush, in a statement, noted that the labor agreement included a 24% wage raise, but he said the railroad companies would not negotiate in good faith and that his vote was meant to keep trains running and give workers time off.

Kelly said she is in favor of giving the rail workers seven days of paid sick leave — a sticking point in negotiations that yielded only one day of paid sick leave a year — and that she and other Democrats will continue to push  for it. She also noted that a number of railroads that pass through Illinois’ 2nd congressional district and the importance of the agreement to residents.

Rush saw several other legislative priorities pass in his final weeks in office, such as the Civil Rights Cold Case Investigations Support Act, which passed the House and Senate in the fall. The act extends the Civil Rights Cold Case Records Review Board's lifetime from four to seven years. The temporay board was created in 2019 to review unsolved civil rights era cases, such as lynchings, but former President Donald Trump never appointed members, thus requiring an extension.

“There could be critical information found in federal case files,” Rush said in a statement. “The passage of my bill today means the law will be implemented as Congress intended and grieving families and communities are now one step closer to receiving closure on what happened decades ago.” The appropriations package included $2 million for the board’s operations.

The House passed his Emmett Till and Mamie Till-Mobley Congressional Gold Medal Act of 2021 on Dec. 21; Congress has passed fewer than 180 such medals in its history.

“I am humbled by the bipartisan support that I have gotten during the 117th Congress to honor the life and legacy of Emmett Till and his mother, Mamie Till-Mobley,” said Rush in a statement. “Emmett’s lynching shaped my understanding of racism at an early age and deeply affected Black Americans of my generation and those that followed.”

His Emmett Till Antilynching Act, which made lynching a federal crime 122 years after similar legislation was first introduced, was signed into law in March.

Three additional bills passed in his final weeks in office:

“I am deeply humbled that in my final weeks in Congress, so many of my bills head to the President to be signed into law,” Rush said in a statement. “This legislation includes many of my top priorities… (it) will continue to enhance the lives of the underserved and help preserve the profound and robust African American contribution to our vibrant American history.”

Congress did not, however, pass Rush's COINTELPRO Full Disclosure Act, which would release all government records about the FBI's illegal counterintelligence program that targeted liberation groups during the Civil Rights movement, like the Black Panther Party.

Rush made the legislation the subject of his last speech on the House floor as a congressman on Dec. 6, commemorating the Black Panthers’ work and its Illinois Chairman Fred Hampton, whom the Cook County State's Attorney's office, aided by the FBI and the Chicago Police Department, assassinated in December 1969.

"Other activists organized to fight during this time against injustice and for equality and for equity. Most of us knew this time, some half-century later, as indeed a turning point in American history — a time when the oppressed population in our nation finally had the opportunity to speak up and create positive change for themselves and by themselves," Rush said.

He called COINTELPRO "a calculated strategic effort to discredit, dismantle, defeat and neutralize all the efforts for societal change," that tapped phone lines, planted false and damaging stories in the press, falsely charged and imprisoned people and carried out assassinations.

"COINTELPRO targeted everyday people — not just luminaries, but everyday, ordinary American citizens — anybody who had the audacity to voice a grievance against discrimination," said Rush, who closed by asking his colleagues to support his bill.