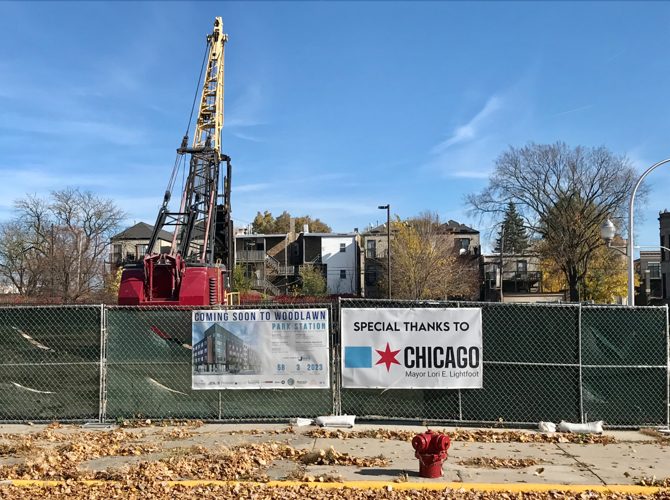 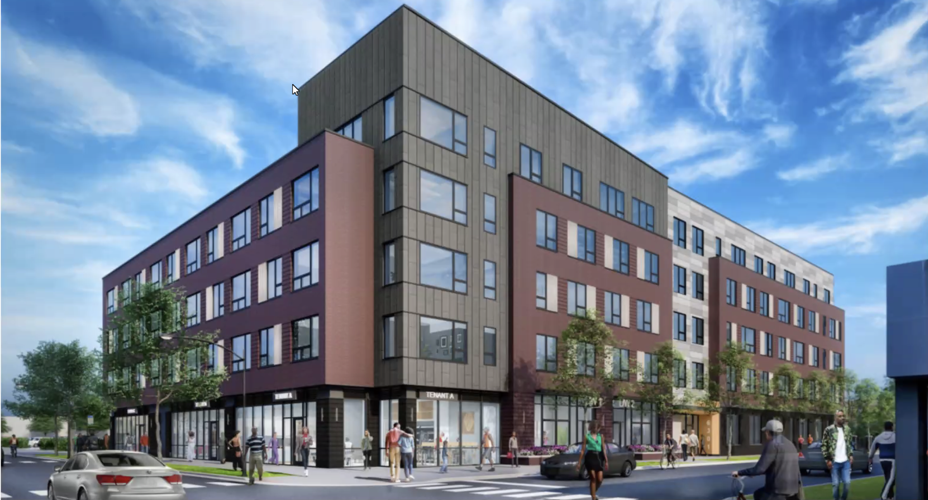 A rendering of Park Station looking southeast from 63rd Street. 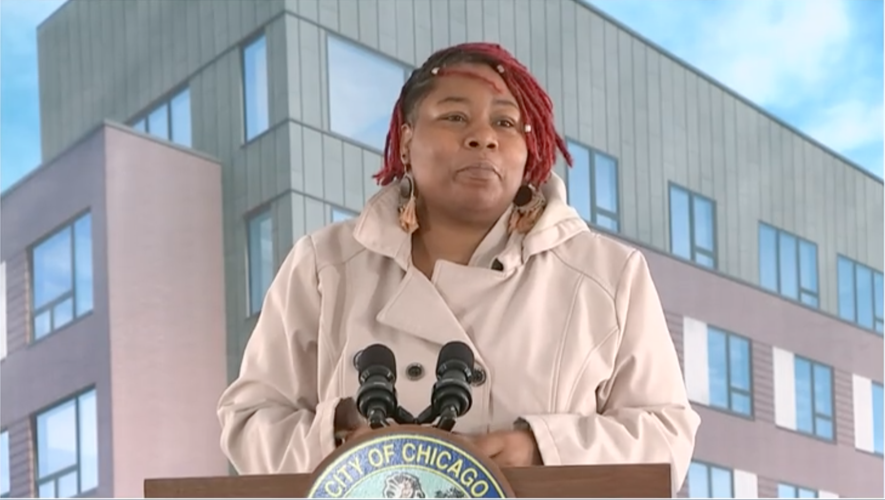 Ald. Jeanette Taylor (20th) at the groundbreaking of Park Station Lofts at 63rd Street and Maryland Avenue on Nov. 2

A rendering of Park Station looking southeast from 63rd Street.

Ald. Jeanette Taylor (20th) at the groundbreaking of Park Station Lofts at 63rd Street and Maryland Avenue on Nov. 2

Cranes and other construction equipment are at work at 63rd Street and Maryland Avenue building the Park Station Lofts, a mixed-income development set to open next fall.

With around 3,500 square feet of retail, two live-work spaces, a community amenity space and 58 one- to three-unit apartments, Park Station Lofts is also the first property to be built under the Woodlawn Housing Preservation Ordinance.

Seventeen of those open-floor plan apartments will go for the market rate while the other 41 are set aside and priced for low-income households — renting between 30% and 60% of Area Median Income ($470 to $940 per month).

“People who want to come back and move to Woodlawn now have a choice. This ain't just about low-income housing; this is about housing for everybody," she added.

The project is being developed under the conditions of the Woodlawn Housing Preservation Ordinance, which Alds. Leslie Hairston (5th) and Jeanette Taylor (20th) negotiated with Mayor Lori Lightfoot and the City Council passed in 2020 to address concerns about gentrification and displacement in the neighborhood.

In her speech, Taylor expressed gratitude to the activists and organizers who fought for the Housing Preservation Ordinance — a process that began with activism for an OPC community benefits agreement. She also thanked the project’s developers, and the Woodlawn homeowners and renters who provided feedback on the project alongside community organizations and churches.

"Too often they use us to fight against each other, so this was the first time that we got to see us actually work together. And look at the finished product," she said.

Park Station is being built with $19.4 million in low-income housing tax credits, $5 million in tax increment financing (TIF), and $6.5 million from the city. BMO Harris Bank is providing additional financing for the project's total cost of $35 million.

DL3, led by managing partner Leon Walker, has been involved in a number of Woodlawn ventures, among them the award-winning Jewel-Osco at 61st Street and Cottage Grove Avenue, as well as the new Friend Health headquarters at Cottage Grove and 63rd Street.

In his groundbreaking speech on Wednesday, Walker recalled taking the “L” train from the long-since-demolished Jackson Park station at Stony Island Avenue to go downtown to shop. He then said that Park Station, itself a transit-oriented development right next to the Cottage Grove Green Line station, "will lead a catalytic renaissance in this community."

"There's something significant here," he said. "Not only is this one of the first projects ever to have a Black developer in the leading role on a 90% tax credit project, but there's also a team with a Black prime (general contractor). We don't see that.

"There's a new Chicago in many ways," Walker said. "Yes, we are excited about the families that will be living here in a quality, luxury building … but it will be affordable to all of Woodlawn's residents."

B.J. Stewart of Sunshine Enterprises, 503 E 61st St., the nonprofit set to offer business development classes to local entrepreneurs in the Park Station business center, said he was happy to be bringing "resources that unlock and empower a tremendous force to community transformation" to Woodlawn.

Stewart then identified a knowledge and information and, “most commonly,” a financial gap caused by a lack of adequate capital. He said Sunshine would host a Business Community Academy to support micro-enterprise startups and early-stage businesses alongside training, coaching and mentorships through its business acceleration service and liaisons to capital.

Lightfoot praised Walker for his efforts to spread wealth to Black Chicagoans and Taylor, with whom she has tussled with on several issues in city government, for their shared commitment to getting the project right.

"We knew we had to get it right," Lightfoot said, recalling her 2019 community meeting about the OPC, land speculation and displacement at the South Shore Cultural Center, 7059 S. South Shore Drive. "We had to roll up our sleeves, listen first and make sure that we came forward with community-featured recommendations."

She called Park Station the "first of many projects that are going to come to the benefit of the people of Woodlawn" and her and Taylor's shared concern about the lack of affordable multi-bedroom housing for families. She also noted that residents will be able to go downstairs to the building's businesses to have their commercial needs met.

She added that the project will create 280 temporary and 12 permanent construction jobs, with hiring priority placed on Woodlawn residents.

"That is also the important investment that the city will continue to make in communities on the South and the West sides, and Woodlawn is going to be the beneficiary of that," Lightfoot said.

The afternoon after the groundbreaking, 50-year-plus Woodlawn resident Larry Johnson praised the project while sitting on an abandoned house's stoop across Maryland Avenue from the project with friends. He noted that the city-owned land Park Station is being built on was once a public aid office where his mother had gotten welfare payments that has since been vacant for decades.

"Look at all the people who are out here who don't have nowhere to live," he said, pointing to people sleeping at bus stops and others occupying  vacant houses.

"I would love to see more development, because this is what we need. The more developments and things we have would eliminate a lot of homelessness and hanging-out in these old vacant lots," Johnson said.

"I don't want to be on anybody's property if I'm not supposed to be on it," he added.  But "people need to find somewhere to go," Johnson said, observing that life is about change and again welcoming the changes coming to Woodlawn. "We need the change."