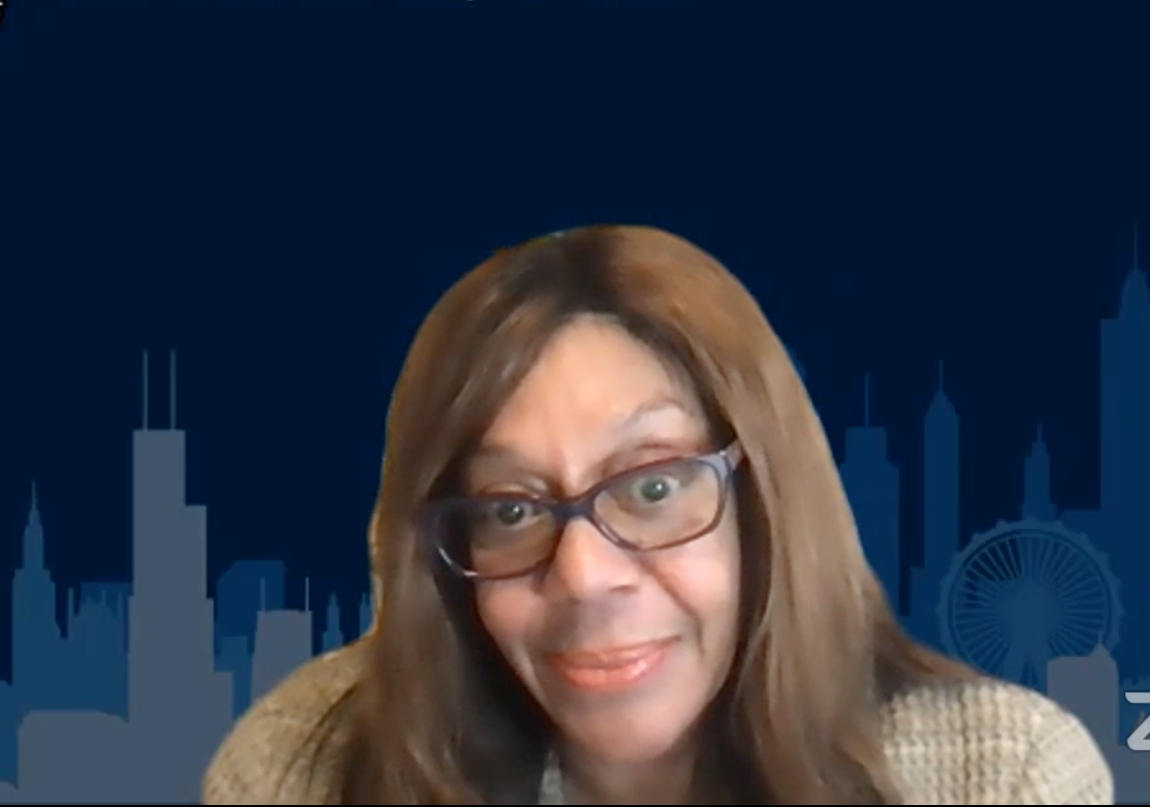 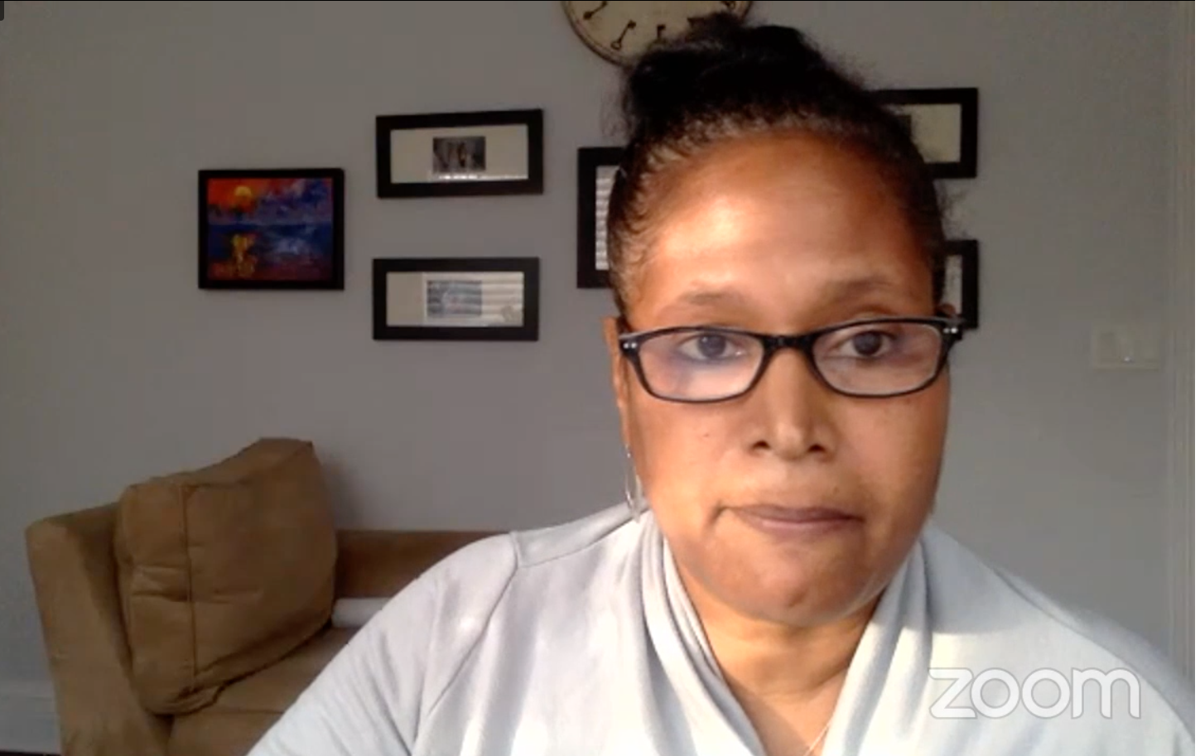 Chicago aldermen held their first hearing on the rapidly escalating Anjanette Young scandal Tuesday, as Police Supt. David Brown and representatives from the Civilian Office of Police Accountability appeared before members of the Public Safety and Human Relations committees.

Although Alds. Sophia King (4th), Leslie Hairston (5th) and Jeanette Taylor (20th are not members of those committees, aldermen are permitted to attend any committee meeting and ask questions, which they all three did.

The scandal itself concerns a botched February 2019 raid on a Chicago social worker who was at home changing clothes when Chicago police officers knocked on her door. Before she could get dressed, they burst in, handcuffed her and ignored her numerous times as she tried to tell them they were in the wrong house.

The hearing itself concerned a non-binding resolution put forth by the Black Caucus calling for: abolishing the issuance of warrants based solely on the use of paid informants; keeping a database of the reliability of sources for search warrants, which would show patterns of erroneous information; a standardized process for search-warrant applications; changing the city's process on the release of video footage; passage of civilian oversight measures for the Chicago Police Department (CPD); holding the individuals responsible for the scandal accountable; calling upon the inspector general to conduct an investigation of the scandal; and the establishment of a council committee to review risk management, litigation strategy and settlement practices.

Since the scandal broke, all of the CPD officers involved have been put on desk duty, and high-ranking officials of Mayor Lori Lightfoot's Law Department, including the corporation counsel, who is the city's top lawyer, resigned. Lightfoot picked former federal judge Ann Claire Williams to review the case Tuesday. The city is no longer pursuing legal action against Young or her attorney for going public with news of her ordeal.

"As a Black woman, I feel this in my gut, she said. “But I hope I will serve Ms. Young best by asking questions now."

She asked what type of warrant enabled the raid. Supt. Brown said a judge had signed a search warrant and that officers had brought back the results of that warrant to the judge.

No-knock tactics are requested and approved by the Police Department, Brown said, adding that as far he knows — Brown started his role at the CPD April 15 — the raid on Young's home was not a no-knock raid. While he said an investigation is underway, he added that officers' body-camera video appeared to show a knock-and-announce raid.

"From my perception, and granted as a layman, it's a no-knock," King said.

Lt. Mike Kapustianyk confirmed that current police policy is that residents have "a reasonable opportunity to allow entry." However, "reasonable" is not defined.

King also asked what charges the officers may be facing. Andrea Kersten, COPA's chief of investigative operations, said her office is looking into whether it was necessary for the officers to handcuff Young for the duration of the operation and the human-rights implications of her being naked for the time they were in her home. She said COPA decides what "reasonable" is through case law.

King also wanted to know if officers have been reprimanded for incidents similar to Young's before, though the information was not immediately available. Brown said that, during his tenure, he has not been aware of any human-rights violations occurring akin to that of Young's.

When she asked who could get fired for the bad information that led to the raid being executed, incorrectly, on Young's house, Brown interrupted Taylor's questioning of Tirado, saying COPA would investigate.

"COPA has (investigated) from February 2019," Taylor said, furthermore complaining about the police and COPA not having ready answers to aldermen's questions. "You all haven't been able to answer anything that we're actually asking, and if you all knew that this happened in 2019, where's the legislation that we're allowed to let somebody put on some clothes? Because that's just common sense, and I haven't heard that from any of you all yet."

Brown said there is no requirement that police look at police body-camera footage of executed search warrants, although there is a randomized review process of that footage and dash-camera footage. Taylor said that is not good enough. Brown responded that there are 15,000 search warrants served a year and that devoting the resources to reviewing all of them is not an impossible task. He did admit that police not allowing Young to put on clothes during the raid on her house was a mistake.

Asked why the officers were not suspended shortly after the botched raid, Brown said Taylor would have to ask his predecessor, Supt. Eddie Johnson.

Ald. Hairston, a longtime critic of COPA, asked about a previous response from a representative to an alderman’s question, that Young's case was not unique.

"Did you mean that in that the police went to the wrong house for the raid or that the victim was naked?" Hairston asked.

Kersten, chief of investigative operations, said, "The factual circumstances surrounding Ms. Young's case are rather unique, but the severity of the allegation of Fourth Amendment abuses against citizens of our city is not. … These are all the kinds of cases that we are challenged to prioritize and bring to swift conclusion. Ald. Taylor called us out on it. It's taking too long."

Hairston said Young's case should have been alarming to anyone who looked at it.

"The fact that it wasn't really causes me great concern about the direction that this city is going in," she said.

Brown said he believed a sergeant was at the scene during the raid on Young's house, and he said it is a practice, not a policy, that a female officer be present during actions involving female suspects.

"I do believe there was a female present at some point," he said.

"Not during the 40-minutes that she was handcuffed naked," Hairston said.

She also told him to implement a policy whereby every search team would include a woman. He agreed to do so.

"That is non-negotiable," she said.

On another note, Hairston said the police must do better dealing with women in police lockup or detainment.

"Right now, it is discriminatory, and it makes the arrest process and the detainment process longer," she said.

She pointed out that state law requires arrestees be given a phone call generally within one hour — currently the subject of a legislative battle with the mayor — and added that there is an issue with female arrestees being transported to other stations because there are no female-specific lockups in certain districts.

Hairston furthermore told Brown there is no discipline for supervisors in the CPD.

"In this case and throughout, there continue to be incidents where the officers turn off their cameras in order to turn off being recorded, and this was no different," she said.

She added that two officers turned off their cameras as they exited Young's house and turned them on again during a conversation to provide them cover in the car. She asked that their actions be investigated.

Hairston noted that the overwhelmingly Black neighborhoods of Englewood, Austin and North Lawndale have the most search warrants executed in the city, while Printer's Row, the Museum Campus, the Magnificent Mile, Millennium Park, Edison Park and Wrigleyville, which are more than 50% White, had no executed search warrants from 2016-19.

"The question is, if the goal of the consent decree is to create impartial policing, what is your plan to ensure that the execution of warrants is impartial?" Hairston asked.

Brown said the police would create a standardized search-warrant policy "so that, regardless of what part of town you're in or district or ward you're in, the search warrants are done on a consistent basis." He said there are currently 22 ways of implementing them.

From 2016-19, Hairston said there were 446 misconduct complaints; of those, 118 were for illegal searches, and only two of those were sustained and resulted in discipline.

"The same 12 officers who had the most negative raids accumulated 88 brutality complaints. None led to any discipline by CPD," she said. "You have to do better, and you cannot do these baby steps. They have to be giant leaps."