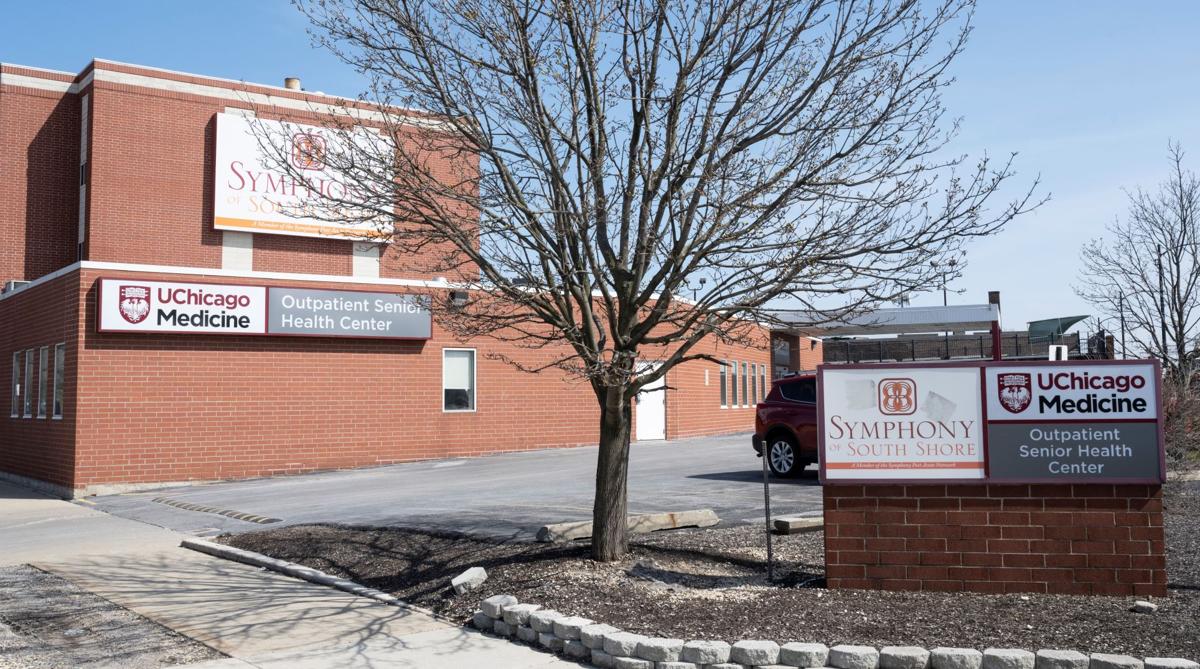 A view to the southeast of the Symphony South Shore Rehabilitation and Long-Term Facility, 2425 E. 71st. St., from South Exchange Avenue. 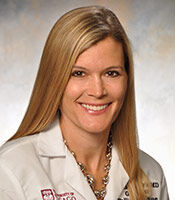 A view to the southeast of the Symphony South Shore Rehabilitation and Long-Term Facility, 2425 E. 71st. St., from South Exchange Avenue.

Though it has affected people of all ages, the coronavirus pandemic will be remembered for killing the elderly at particularly high rates.

In the pandemic’s early days, communal nursing homes — where staff help the sick recuperate and care for the infirm — were a hotbed for the new and incredibly contagious virus to spread.

Stacie Levine, the University of Chicago Medical Center's section chief of geriatrics and palliative medicine, was among them. (Doctors from other physician groups also work at Symphony South Shore, and nurses there are all Symphony employees.) She followed the pandemic from its early days late last winter.

"I knew at the time that the disease has a lot of asymptomatic carriers; we learned that from the studies in Europe overseas, and we also knew that from our colleagues in New York that were getting hit very hard,” she said in an interview. “New York and New Jersey were getting hit about two weeks ahead of us.”

TaNisha McSpadden, one of the head nurses at Symphony South Shore, said the question was not if, but when, as she tracked the virus' first outbreak in Wuhan, China, and spread around the globe. She and her colleagues immediately began to steel themselves for what was to come.

"It was spreading so fast and everything was moving so fast, we knew at some point it would make it through our front door," she said. "We just didn't know exactly when."

"We were just trying to prepare ourselves, clinically, 'What are we going to do? How are we going to figure it out along the way?' It wasn't anything that we could mentally prepare for, it was just like, OK, it's probably going to come, and we have to be prepared, I guess, as clinicians to take care of it."

By mid-March, the facility closed to visitors. Still, the virus appeared around the end of the month, when a patient developed a fever. It is unclear how it got to the nursing home — perhaps an asymptomatic worker or visitor, perhaps a new infected patient from a hospital.

At the time, tests were incredibly difficult to come by. Levine said that they were only really obtainable if facilities had a relationship with a laboratory, and it still took 7-10 days to get a result.

Data that old is of limited utility in curtailing spread. While Levine observed that Symphony South Shore's outbreak was among the worst recorded in Cook County by the state, she also added, "If you're not capturing all the individuals who truly were positive, you may not have the whole story of actual numbers that were in buildings."

At the time, the official guidance was to test patients presenting influenza-like symptoms for the flu, and, if the test was negative, to assume the patient had COVID-19. More patients had begun showing symptoms gradually — a fever here, a fever there, though not every patient with the coronavirus was symptomatic — and Levine called the U. of C. to get access to testing for the entire patient population, so that infected patients could be isolated.

"It became very evident to us as physicians in the building that that was not good enough, that we wanted to test the entire building," she said. "We knew that the safest way to help manage a patient in a communal setting was to be able to separate them from one another."

With schools closed, employees — many of them from multi-generational households — often had to weigh coming to work against taking care of their children. But Levine praised Symphony's efforts to provide hazard pay during the time period and adequate personal protective equipment (PPE) during the springtime shortages. (She at one point drove to someone's house to procure homemade face shields.)

"We had a few people who were not able to come in," she said. "I've been working there for almost 20 years, and there's nurses who have been working there for a very long time: a very committed group of nurses who have been coming in and literally putting their lives on the line, trying to really help support these very sick patients the best that we could."

Staff worked seven days a week. They would strip upon coming home and make a beeline for the shower. Some moved out of their homes to avoid infecting their families.

Nurse McSpadden recalled the initial waiting game and then immediate action once the first case inside the facility was confirmed. The patients' roommates were identified, then the patients in adjacent rooms, and they began to monitor them for symptoms.

"I didn't myself panic. The nurse practitioners didn't panic, but I would lie if I would say that some of the nurses didn't start getting fearful, just because it's something that was unknown," she said. "What I, the nurse practitioners and the doctors took a stand on was like, 'We're all going to be in this together.' It was a lot of education to the nurses, a lot of encouragement to the nurses to still be able to stand tall and work through this thing."

Some Symphony residents watched the news religiously and knew what was going on; others had dementia, and some who were asymptomatic but positive refused to believe that they were infectious, she said. "It was a lot of education that had to be done," she said, recalling hard work to get patients to wear masks.

Symphony South Shore had to notify families that the virus was in the building. Administrators, including McSpadden, worked a phone tree to notify family members, with rank-and-file nurses too busy passing out medication and taking vital signs.

"The level of care is magnified in the setting of a pandemic," Levine noted. "I thought many days how I would feel if I was a family member and my parent was cut off from me and the rest of the world, and you're literally relying on telephone or an iPad to get information."

McSpadden recalled that Symphony arranged Zoom calls even though physical visits were off-limits. She said most families took the physical separation well in light of the shelter-in-place rules that Illinois was under at the time, but that fear set in once the scale of the outbreak came apparent.

Symphony built COVID-19 units, trained staff to provide care and treated all new patients in isolation for 14 days, well before such practices became CDC protocol. Some family members asked to take positive patients home, but McSpadden said Symphony tried to talk them out of doing so for their isolation period and treatment.

Some patients with COVID-19 who were near the end of their lives died in hospice care, while others experiencing severe infections were transferred to hospitals. And even though 29 people died, Levine noted that not all of the infections at Symphony South Shore resulted in hospitalizations.

"The vast majority of them actually pulled through the disease unaffected," Levine said. "That's the curious thing about this illness, is that you just don't know how bad someone's going to get it."

Now that the second wave has begun in Chicago, Levine is confident that enough safeguards are in place to prevent another widespread outbreak at Symphony South Shore. Though a staff member tested positive within the last few weeks, immediate isolation and contact tracing identified possible exposures, and no residents at the facility have currently tested positive.

For Levine, the worst-case scenario for her work was work she nevertheless was prepared to do.

"As a healthcare provider, there is this trauma-informed care where you go home at the end of the day, and you think, 'Yeah, I think I did a really good job today. I treated somebody's dehydration. I set a patient. I called their family member. I made sure that they weren't in any pain,' ” she said.

“These small victories are what gets you through a very serious pandemic like this. None of us who are alive today, unless you are 100 years old, have lived through anything like this, and I hope we never have to live through something like this again."

For McSpadden, the ongoing experience has reinforced the fact that no one can take anything for granted.

"We need to appreciate that we have, the things that we are allowed to do, the people we have in our lives, whether it's our aunts, our uncles, our grandmother, our grandfathers, living in nursing homes," she said."This situation has shown me the little things that I appreciate — oh, how much I appreciate them right now."

A previous version of this article misspelled the name of one of the head nurses at Symphony South Shore. She is TaNisha McSpadden, not Tanisha McPadden. The Herald regrets the error.