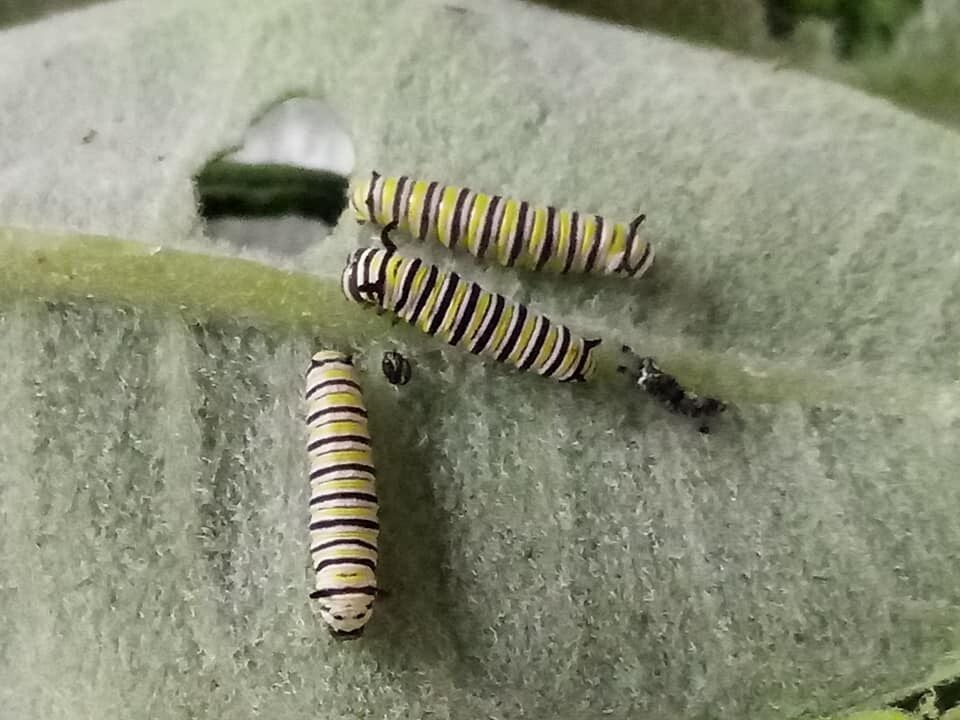 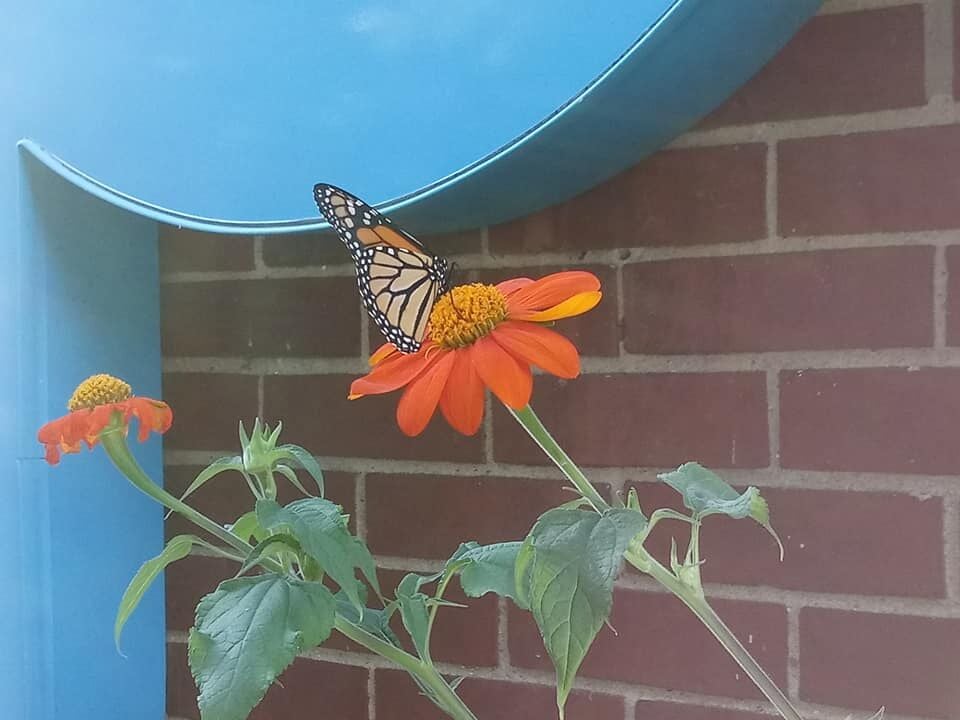 A migrating monarch butterfly, identifiable by its particularly long wings, feeds on a Mexican sunflower in the Hyde Park Neighborhood Garden. 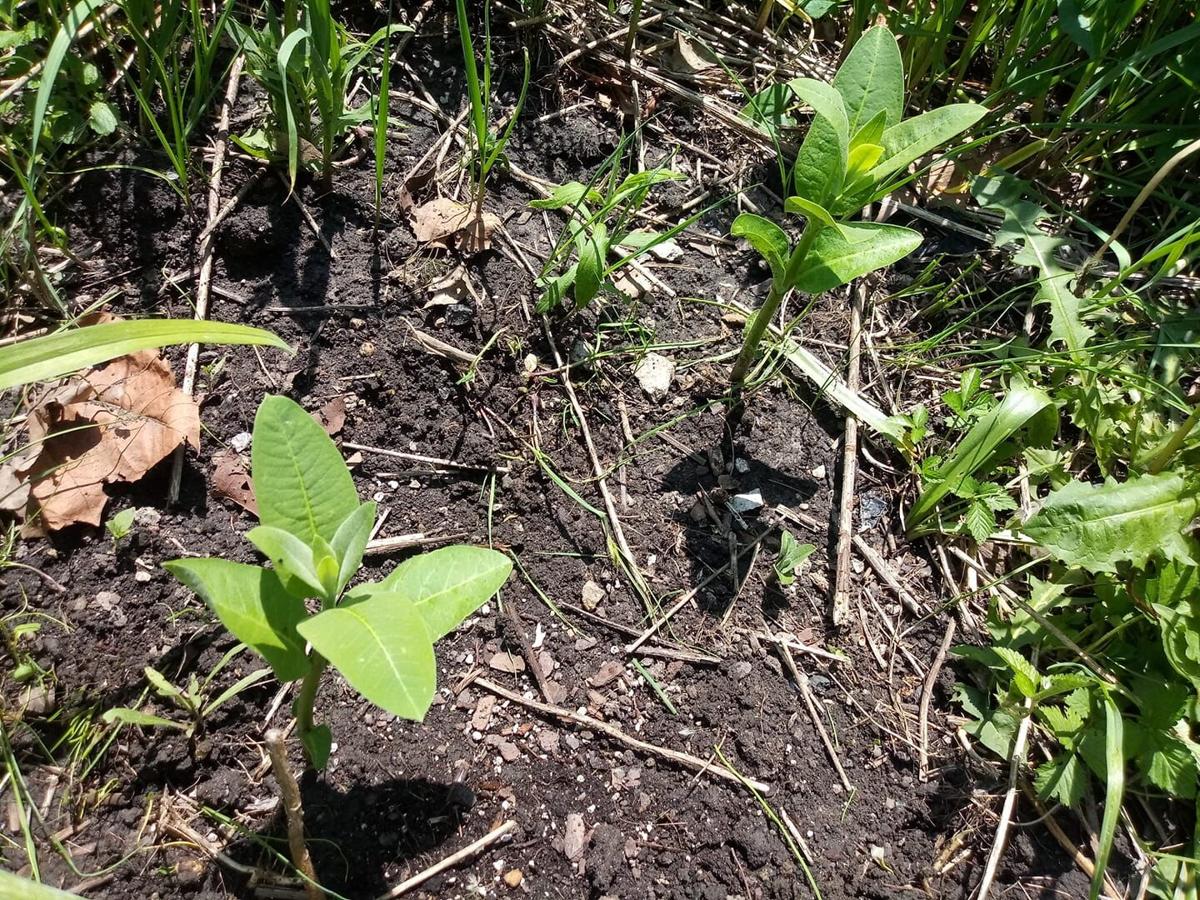 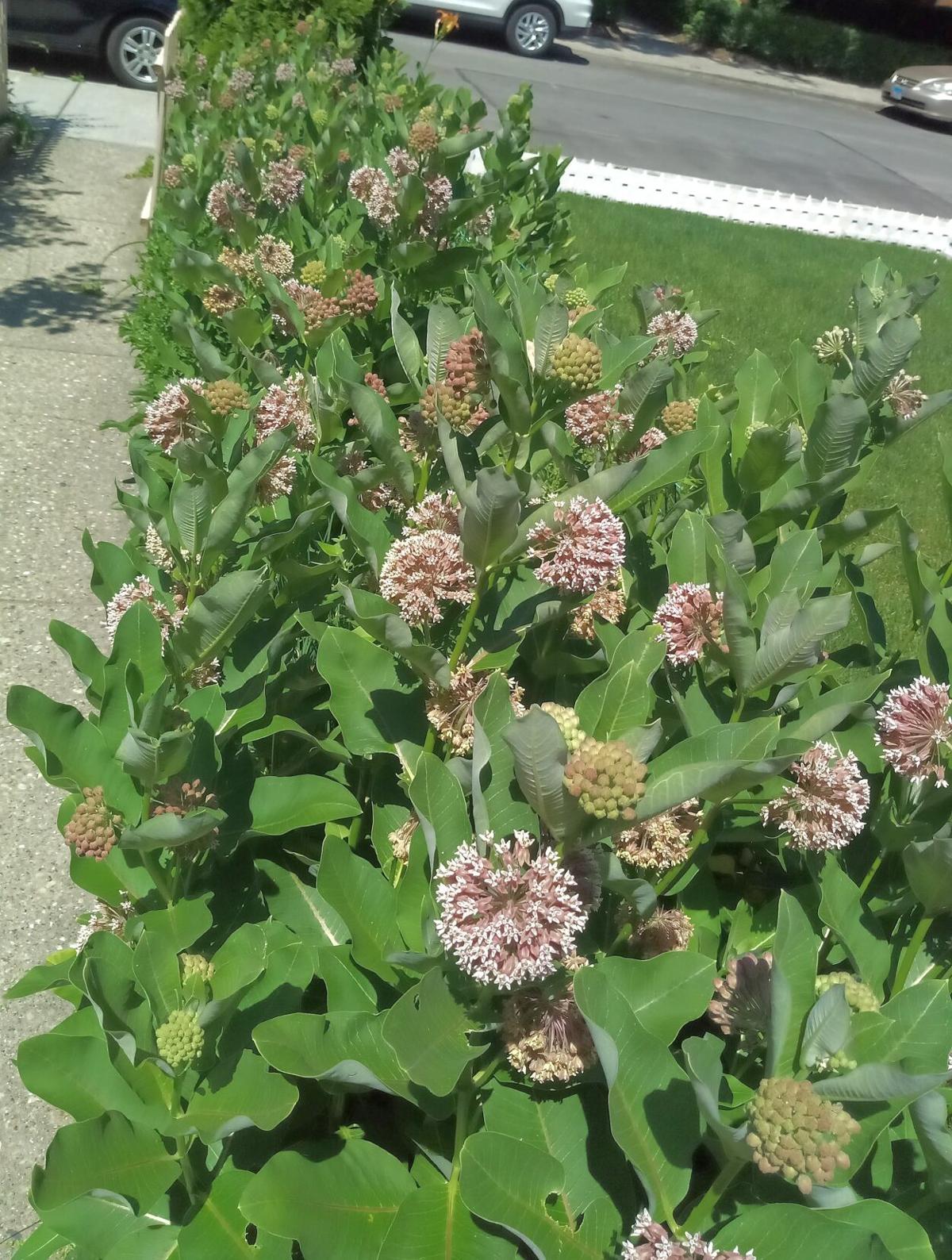 The University of Chicago Service League is looking to hear about milkweed in Hyde Park, with the goal of tracking, protecting and growing the population of the plant, a necessary component of the endangered monarch butterfly's life-cycle.

The project started last October, when Marilyn Rauch Cavicchia, who maintains the butterfly garden and monarch butterfly waystation at the Hyde Park Neighborhood Club (HPNC), gave a presentation on the importance of the milkweed plant to the Service League, a community service organization for women based in the neighborhood.

“It really got a lot of people interested because many of the members are a bit older, and they recall when there were a lot more monarchs,” she said. “It sort of triggered memories of, ‘Oh, there used to be so many it was like a cloud in the sky.’ So they were really interested in doing some work on this.”

To begin with, the group is simply asking local residents to get in touch if they know of a milkweed patch in the neighborhood; the potential end goal is to make a Hyde Park milkweed map.

Tracking milkweed is also useful because members of the Service League plan to take part in a survey conducted by the Field Museum this summer, which is enlisting people from across the city to monitor milkweed patches in their neighborhoods. Volunteers are encouraged to plant their own milkweed, or simply keep track of the plant in their neighborhood by conducting a weekly count of flowers, monarch eggs and larvae.

Cavicchia, who began gardening at the HPNC in 2004, said that, over the years, she became focused on growing flowers for pollinators like butterflies and bees. The garden eventually moved slightly, to a gated area that also contains a children’s playground run by the organization. It’s now a Monarch Waystation, a designation issued by the advocacy group Monarch Watch.

“It’s impressive — the butterflies will come even when there are children running around everywhere. It’s a really active space and yet, because of how it’s designated, everyone knows to respect it,” she said. “It really works as a habitat, to a degree that was a little surprising, honestly.”

Monarchs have evolved to rely heavily on milkweed; the butterflies lay their eggs on the plant, which is the only viable source of sustenance for monarch larvae and caterpillars, though adult butterflies can feed on nectar from other flowers. (The symbiotic relationship is actually a little one-sided, Cavicchia said, since the insects aren’t particularly significant pollinators for milkweed, which get far more help from bees.)

Monarchs also derive other benefits from the milkweed. For instance, it provides them with cardenolides, a type of steroid that renders them toxic to predators and gives them their distinctive orange and black coloring.

The population of eastern monarch butterflies — which overwinter in central Mexico — has dropped by 80% over the last couple of decades, according to a 2016 study. That seems to be at least in part due to a significant decrease of milkweed habitat. (Western monarchs, which breed west of the Rocky Mountains, are also declining in number.)

The eastern monarchs are still far from Illinois right now, Cavicchia said. After leaving Mexico, the butterflies slowly work their way up the continent; as of early April, they’d traveled to the northern reaches of Oklahoma, according to tracking maps.

Part of the Service League's goal is to save milkweed that might be removed by an irritated gardener. “We understand that everyone can’t have it growing all over the place. It can be kind of aggressive and take over your yard if you let it,” Cavicchia said. “If someone doesn’t want it, they know that one of us can come, dig it up, and transplant it or make use of it rather than it going into the compost.”

The group also wants to increase public awareness of black swallow-wort, an invasive species that resembles milkweed. Confused monarchs will sometimes lay their eggs on the plant; because the larvae that hatch can’t feed on the swallow-wort, they die. (The invasive plants also crowd out the native milkweed, further harming the monarch population.)

Milkweed can be grown at home from seedlings or propagated from an existing plant; some smaller varieties can easily thrive on the windowsill of an apartment building. It spreads relatively easily; Hyde Park resident Laura Voss-Allen has seen a patch spring up and expand in her yard over the past several years.

“Maybe our first and second year after we were here, I noticed it was here but only in one spot. The longer we’ve been here, the more it’s been taking over — it’s one of those plants that keep sending shoots to other places,” she said.

The milkweed flower usually blooms between June and August, which is when most monarch butterflies will be spotted in the city. Voss-Allen’s patch shares space with other plants — daffodils in the spring, followed by mint and strawberries — and she plans to keep it around.

“My teenage daughter hates it: ‘Why do we have it in the yard? It looks terrible,’ ” Voss-Allen joked. “But the reason it’s sort of near and dear to my heart is because my mother, who passed away about seven years ago, she loved butterflies. Butterflies were her thing.

“And so when I saw this milkweed I was like, well, I’m not getting rid of this. I’m going to keep this here. Now it’s sort of in her memory that I have it there — I don’t care how ugly it is. It’s going to stay there.”

To get in touch with Cavicchia and let her know about a patch of milkweed in the neighborhood, or for more information about the Service League group, email marilyn.cavicchia@gmail.com.