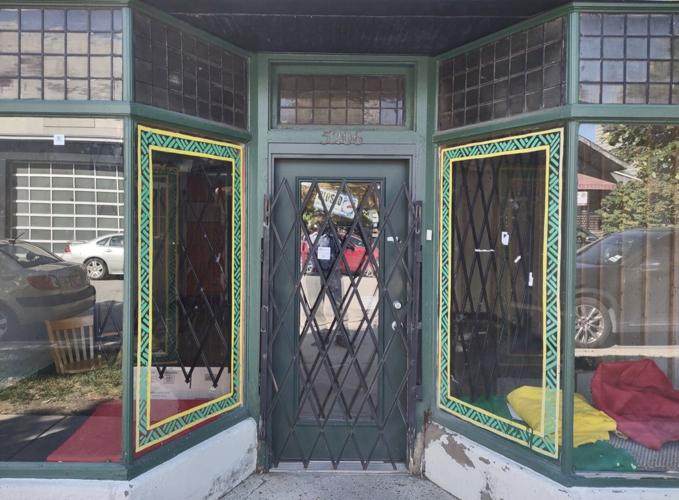 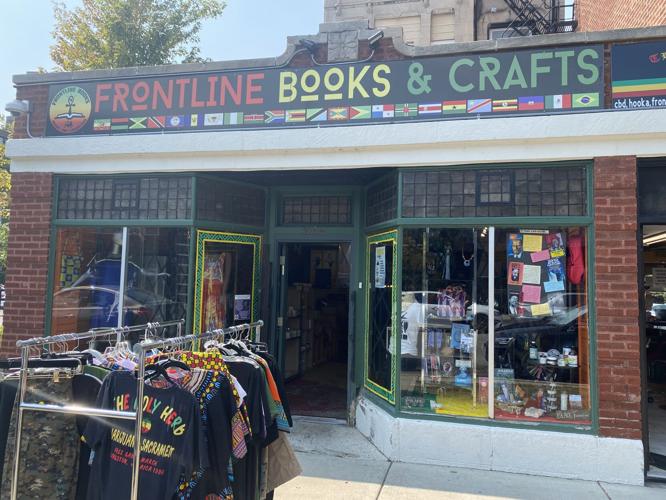 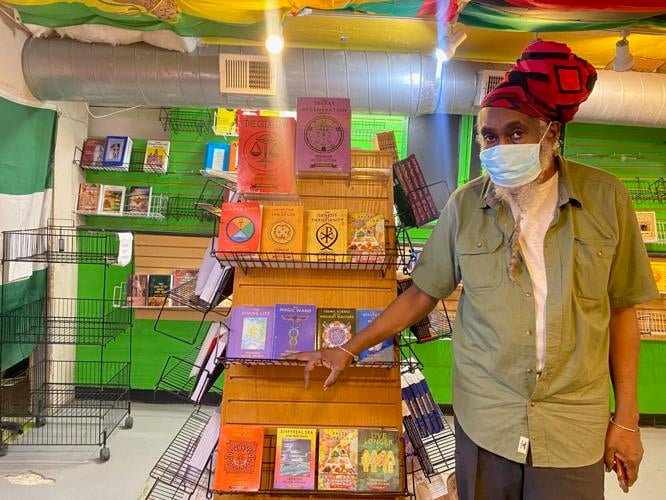 Frontline Books and Crafts, a Rastafari and Pan-African shop just off 53rd Street, has closed its  Hyde Park location, but its owner says they plan to return to the neighborhood eventually.

The shop, which was also a longtime community space and publishing house, closed its doors at 5206 S. Harper Ave. on September 4, ending an almost 20-year run.

For the last year, Frontline owner Ras Sekou Tafari has been fundraising to save the storefront, under financial strain due to rising operating costs and a pandemic-induced decline in sales.

“We were struggling to deal with the high rent…(and) because of COVID-19, we had to close for that period of time in 2020,” said Tafari.

Tafari said that during the summer of 2020, there was a flood of customers in response to the police killing of George Floyd, which triggered a national movement to support Black businesses and read Black authors.

“But after that, the money dried up,” he said.

Frontline received around $35,000 in federal pandemic funding around this time, but Tafari said it went towards employee wages and back paying rent, rather than making up for lost merchandise sales.

Paying for labor for their small adjoining tobacco shop (which enabled the book-selling space to be more kid-friendly) also drained the funds available for rent, he added.

Rent for the Hyde Park space — the shop and an office above it — was more than $5,000 per month; a sharp increase from the $900 he paid in 2011. In August, the building’s property management company, Winnemac Management Properties, refused to accept Frontline’s rent payment because they were months behind.

That was the beginning of the end, Tafari said.

Growing up in the Caribbean and having spent time in England, Tafari saw how community bookstores acted as libraries and safe spaces for the Black community. He opened Frontline in 2004, calling it a “truebary” because “there’s no lies,” where people could come in and read Malcolm X, Stokely Carmichael, Angela Davis and Amos Wilson.

Russell Norman, who organized the Frontline GoFundMe campaign and last October’s Customer Appreciation Day fundraiser, said that when he recently dropped by to catch up with Tafari, he found the storefront empty.

“In essence, they destroyed a historical landmark bookstore that’s been there for almost two decades,” Norman said. “And not just a bookstore, it was a meeting spot; people would have celebrations there, events, performances from legendary artists across the world.”

Frontline also held a fundraiser in May, with food and African-centered music, in a final effort to stave off closure. Supporters of the store were asked to make donations and purchase “book bundles,” which consisted of a variety of books under a theme, like “philosophy and opinion” or “stolen legacy: lessons for African people.”

Frontline used to have three locations, but their 63rd Street and Cottage Grove Avenue location also closed this past January due to financial reasons.

Now, Frontline has consolidated its merchandise to its remaining location in Evanston. “What we plan to do is to put some energy into the Evanston space, to work with the Evanston community to build this place up.” Frontline North, 609 W. Howard St., opened in 2019.

Then, “(After) slowly building up the space, we want to come back South,” Tafari said.

Tafari added that “It will be Hyde Park eventually, but we may also open up to cheaper spaces before we get to Hyde Park, ''

“Because Hyde Park has been good to us,” he continued. “It has its strengths and weaknesses. The weakness is the high cost of being in there. But we were able to flourish in Hyde Park, up until the economy started to decline.”

They still act as a publishing house, and Frontline’s online store remains open at frontlinebookpublishing.com.