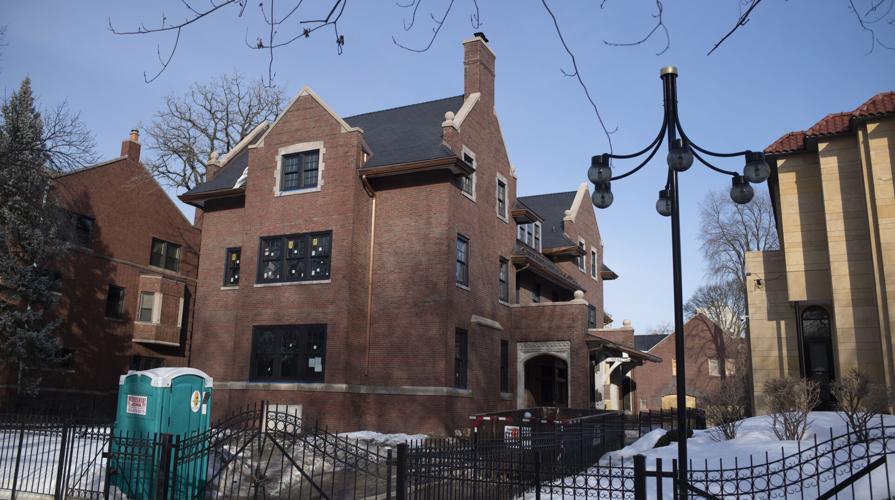 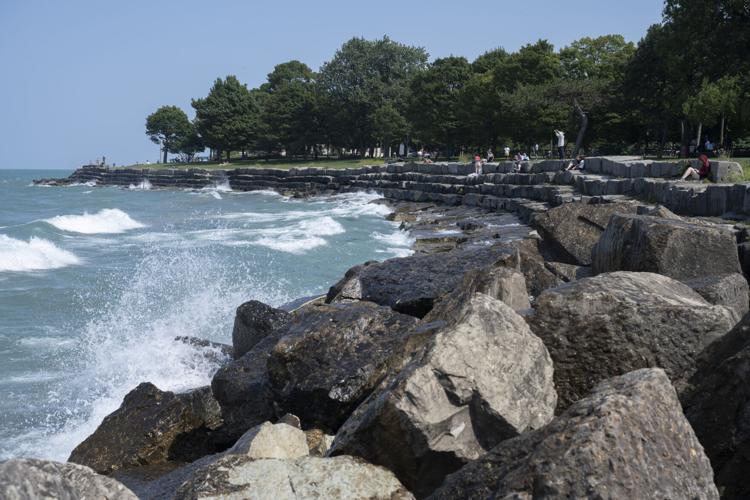 A view of Promontory Point from the northwest, August 1, 2021.

The Elijah Muhammad House in Kenwood is one step closer to landing on the National Register of Historic Places, while advocates for Promontory Point made their case for a city landmark designation at a meeting of the Commission on Chicago Landmarks’s Program Committee on Sept. 22.

The Program Committee reviews public landmark suggestions for buildings and areas in the city and forwards them to the city’s Department of Planning and Development. (It does not vote on the suggestions.) Becoming a landmark confers legal protections on a property, including against alterations or demolition. The committee also considers nominations to the National Register of Historic Places, a federal list of historically significant landmarks.

The Elijah Muhammad House, 4847 S. Woodlawn Ave., is already part of the Kenwood Landmark District, whose borders are 47th Street to 51st Street and South Blackstone Avenue to South Drexel Avenue. Elijah Muhammad, the longtime leader of the Nation of Islam, lived in Kenwood until his death in 1975. At Wednesday’s meeting, the house was up for a nomination to the National Register.

Wendy Muhammad bought the house in 2018 and plans to turn it into a museum. The property was at the center of a short-lived controversy this past March, when Ald. Sophia King (4th) proposed and subsequently withdrew an ordinance that would require city permission for some cultural exhibits and libraries, including many house museums, before they could be built. (The Muhammad house had already received its permits by then, and so would not have been affected by the legislation.)

Suellen Burns and Richard Tolliver, the two Landmarks Commission members at the Program Committee meeting, both recommended that the property be nominated for the National Register. The project will be considered by the full commission at its Oct. 7 meeting.

The Army Corps of Engineers, the federal agency responsible for restoration and repair of Promontory Point, is set to begin a shoreline study of the area this October. At the same time, Hyde Park residents have relaunched their “Save the Point” campaign, started in the 1990s during an acrimonious planning process for shoreline work in the area that would have seen much of the limestone revetment replaced with concrete.

The Point, constructed in the early part of the 20th century, has a landscape design by architect Albert Caldwell, while Emanuel V. Buchsbaum came up with the plan for the field house and pavilion. The limestone revetments were completed in 1938 as part of a Works Progress Administration project along the lakefront.

At Wednesday’s meeting, nonprofit Preservation Chicago presented their landmark submission to the Program Committee. (The Point was listed on the National Register of Historic Places in 2018.)

Mary Lu Seidel, director of community engagement at Preservation Chicago, said that the start of the Army Corps planning process could “lead to permanent and debilitating changes to this landscape.”

“There’s a great community concern that despite previous memorandums of agreement committing to the retention of these distinguished features, especially the limestone revetment, we need permanent protections in place to honor and protect.”

Seidel said that the Point should be eligible for landmarking under four different criteria: it is part of the city’s heritage, contains important architecture, was designed by an important architect and has unique visual features. (For a particular place to become a landmark, it is necessary that it fulfil at least two of the landmarking criteria and an additional “integrity” requirement.)

Dozens of Hyde Park and Chicago residents also submitted over 90 pages of written testimony to the committee advocating for the landmark designation, describing their attachment to the Point and calling for preservation of the limestone revetments.

"Where else is there such a strong sense community cultivated by only a public space? Nowhere," read one representative letter. "It doesn’t exist anywhere else, and if the city destroys the Point, they destroy some of this history and community with it."

The submission will now go to historic preservation staff at the Department of Planning and Development for further review.