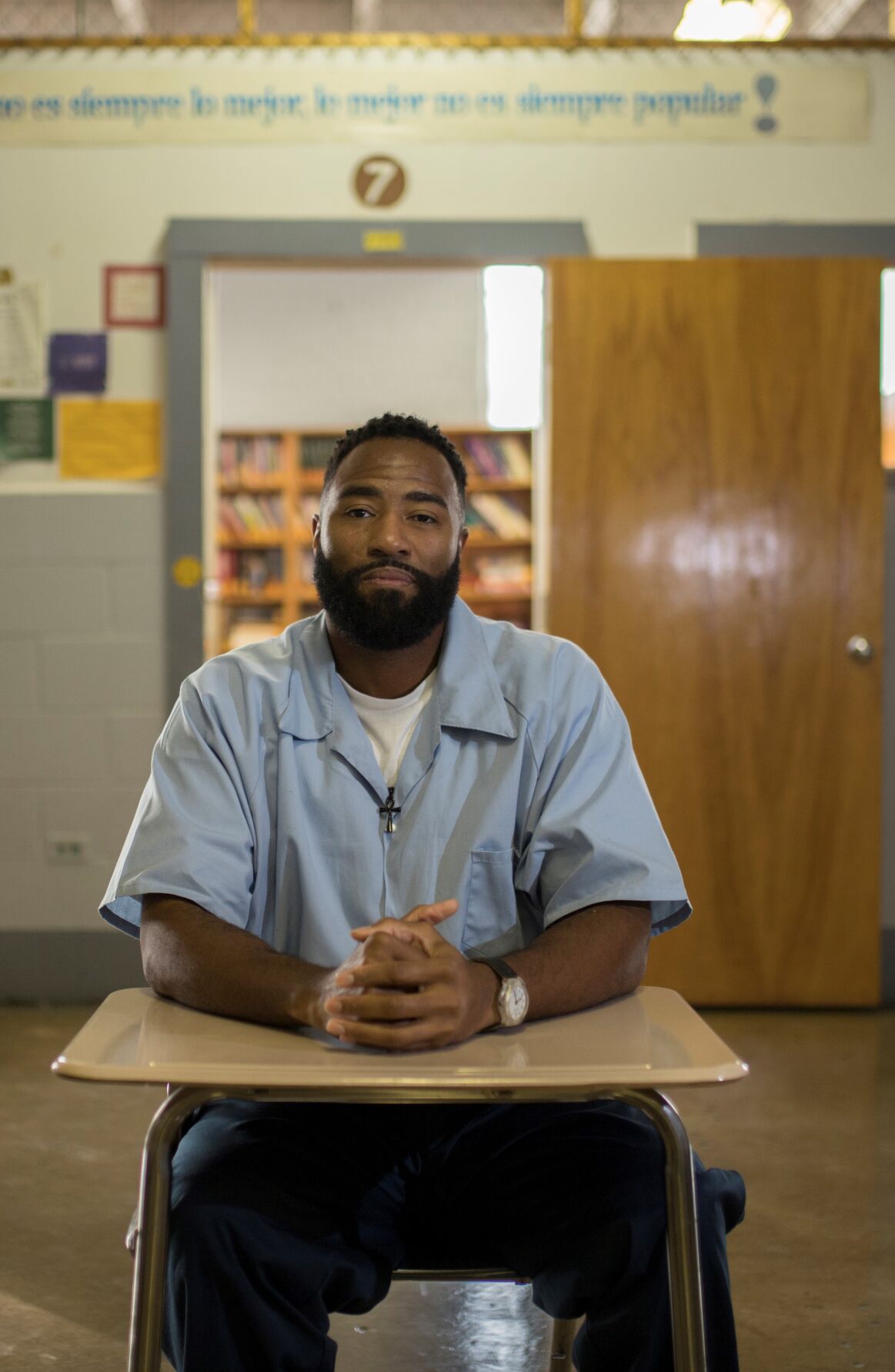 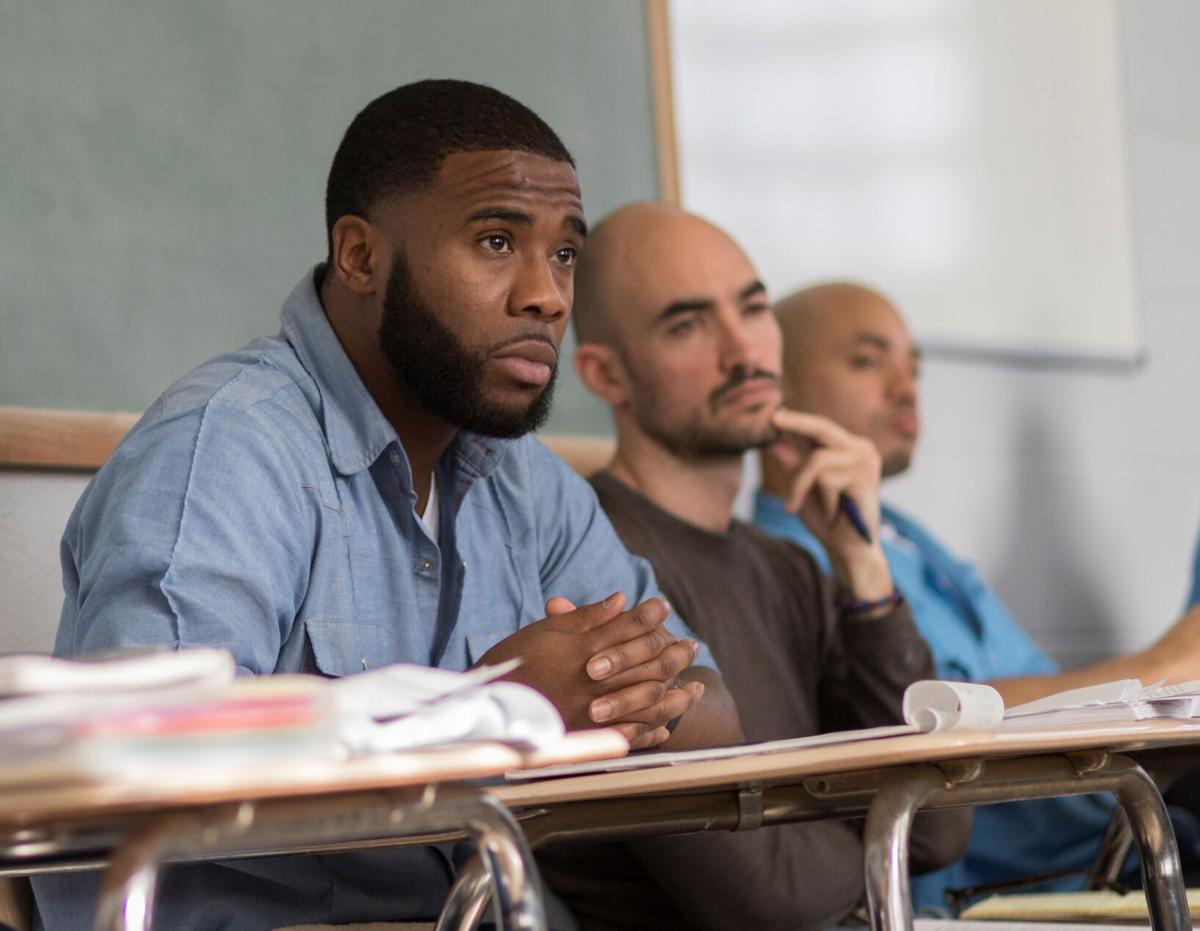 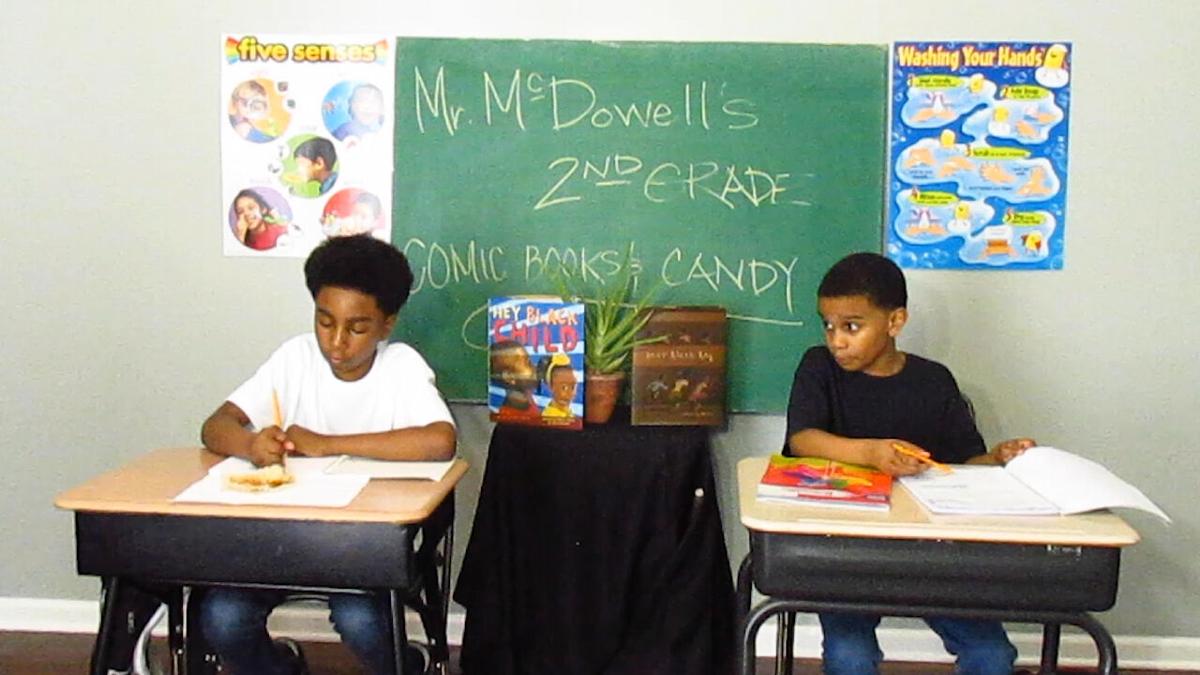 Brothers Johnathon and Gabriel Matthews in "Comic Books and Candy."

Brothers Johnathon and Gabriel Matthews in "Comic Books and Candy."

Before the pandemic, Goodman Theatre planned to offer three live performances of “Stateville Voices,” one each at the theater, Kennedy-King College, and Stateville Correctional Center in Crest Hill, IL where the 21 short plays were written by the incarcerated men who were students in a Spring 2019 playwriting class taught by Rebecca Gilman, a playwright and Goodman Artistic associate.

The shutdown changed all that. Although Goodman still intends to offer live readings of the plays when it becomes possible, in the meantime the theater has created a virtual mini-festival that premiered on July 3 and is both educational and entertaining. It includes Zoom performances of three of the plays preceded by a short video about the Northwestern Prison Education Program (NPEP), a partnership among Northwestern University, the Illinois Department of Corrections, and Oakton Community College that included Gilman's 11-week playwriting course and was the first program in the state to offer a comprehensive liberal arts curriculum to incarcerated students.

There's also a post-performance discussion (that was live on July 3) about the works and life in Stateville during COVID-19, moderated by the plays' director Sydney Chatman with panelists Antonio McDowell (one of the playwrights, who was recently granted clemency by Gov. J.B. Pritzker); his attorney, Josh Tepfer; Patrick Pursley (NPEP participant and former Stateville inmate); and Jennifer Lackey (director of NPEP and the Wayne and Elizabeth Jones Professor of Philosophy at Northwestern University). An audio recording of three more of the plays also is available on the theater's web site.

The three Zoom plays are “Ain’t Nothing Like Quality Time” by Taurean Decatur, “Parameters of Closeness” by André Patterson, and “Comic Books and Candy” by McDowell. Chatman, a former Goodman Michael Maggio Fellow, said she chose them for their variety of subject matter and because she and Gilman felt they involved visual conversations that would work on Zoom. “I also wanted to highlight the humanity and stories the men were writing during the two pandemics—COVID-19 and social injustice—and find moments of joy as well,” she said.

Chatman said that directing for Zoom was a learning curve for everyone. “Live theater is inherently intimate and there's more freedom for lighting and sound,” she explained. “With Zoom, we were working with limited equipment and had to conjure intimacy between actors who were actually in separate spaces, often simulating looking at each other while staring at a wall with the script tacked to it.” She added that Zoom made her feel more self-conscious each time she turned her video on and off.

On the other hand, making Zoom work was an interesting challenge. For “Parameters of Closeness” (a term invented by playwright Patterson to describe the limited space in which a prisoner and visitor are allowed to interact), actors David Dowd, who portrays Dre, an incarcerated man trying to understand himself and become better, and Ginneh Thomas, who plays Ibi, the visitor who loves and wants to protect him even from himself, had to find suitable spaces in their respective homes for recording. “Dowd is in a rustic paneled area, while Thomas' backdrop is softer white curtains, which epitomizes the different places they are mentally and their inability to connect,” Chatman said.

Decatur's autobiographical “Ain't Nothing Like Quality Time” posed an even more difficult problem. Amarri (Briohna Booker) and her Grandma Wanda (Nicole Bush) are supposed to be in a church basement between services sharing lunch and conversation at a dining table, and the illusion doesn't quite work. The connection between the two is lovely, however, as is the way the playwright depicts dreams and aspirations for himself and their effects on his mother and daughter. Twelve-year-old Briohna has been Chatman's student since she was six, so the director was able to come to her home—practicing social distancing, of course—to help with rehearsals.

For “Comic Books and Candy,” Chatman went even further. The video was recorded at her home featuring two more of her students, real-life brothers Johnathon and Gabriel Matthews as young boys Bieber and Freddie sitting at classroom desks negotiating a trade of a Spiderman first-edition comic for sweets, only to have their parent-banned activities foiled by the teacher.

“I was excited to do this play because of the humor and my own childhood experiences as a comics' lover,” Chatman said. “We originally were going to use adult actors, but I wanted children because their sense of innocence really brings home how they learn while very young to navigate the world and manipulate each other to get what they want.” She also said the boys, who'd worked on stage with her many times, quickly adapted to doing multiple takes of a scene like on a movie set, and that playwright McDowell, who was on hand virtually for rehearsals, provided notes and was happy with the atmosphere they created for his work.

Chatman estimated she only had 15 hours spread over three days for rehearsing and recording all six plays and that all the recording was done in one day. “We recorded the audio plays first because they were less complicated,” she said. “'Comic Books and Candy' took the most time, because there was more blocking. Both boys learned both parts since we didn't know at first who was going to play whom. We rehearsed outside before recording at my place.”

Goodman Theatre gave them the parameters for computers and lights and was able to drop off microphones for actors who didn't have the necessary tech equipment. “I did the recording on Zoom,” Chatman said, “but Goodman videographer Alberto Mendoza did a terrific job of editing the plays for the July 3 premiere.”

As of Aug. 6, 5,488 people had watched the performance and 2,338 had viewed the post-show panel discussion, according to the Goodman press office. It's not clear how many would have seen it had it been live, but the virtual version has the potential to reach a huge audience—and should.

If you want to watch