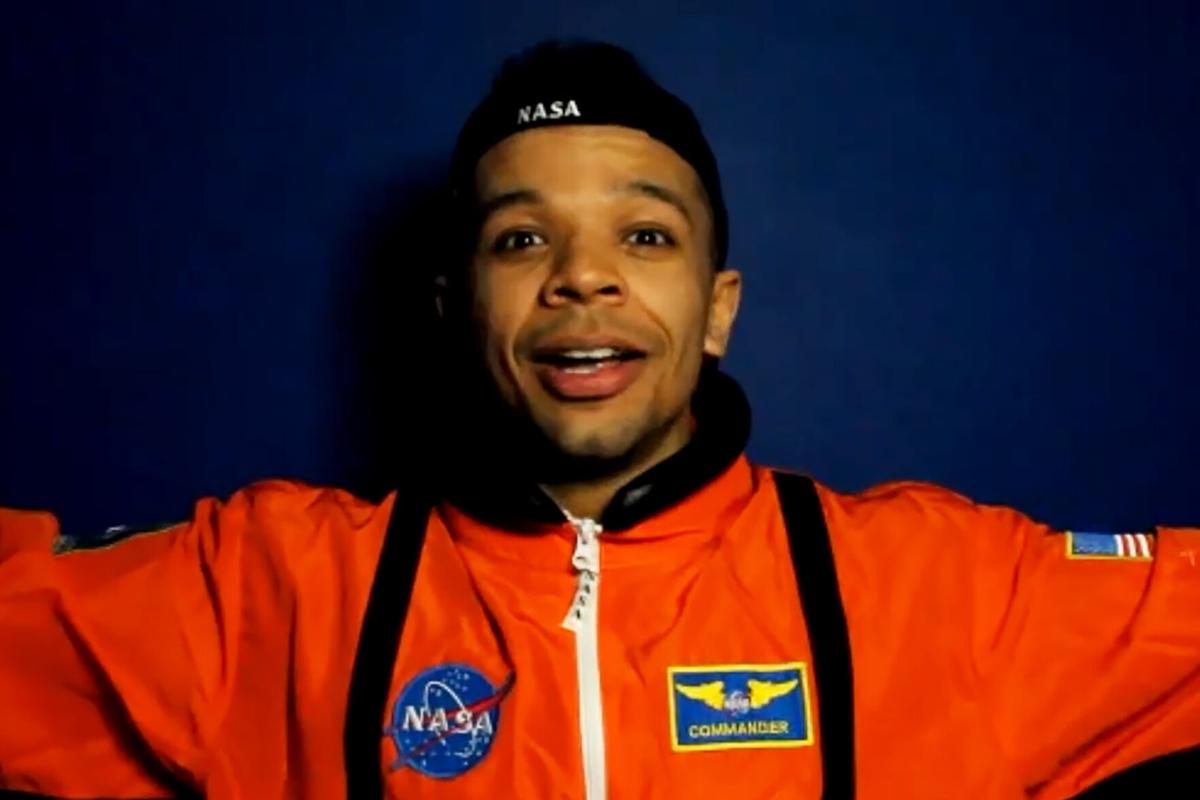 Xavier Edward King in "Here We Are." 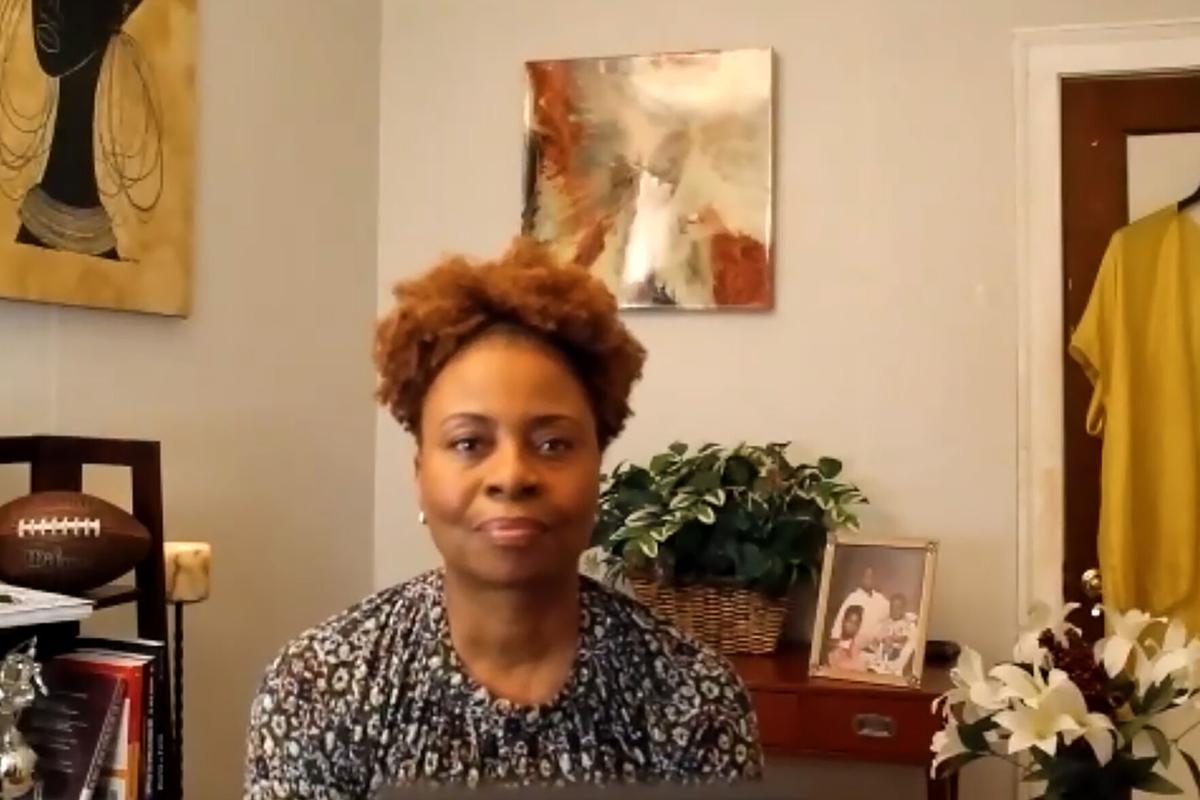 TayLar in "What Are The Things I Need To Remember."

Xavier Edward King in "Here We Are."

TayLar in "What Are The Things I Need To Remember."

I was very apprehensive about “Theatre For One: Here We Are” for three reasons.

While the concept of one actor performing a play for a single audience member is intriguing, it seems antithetical to the whole idea of theater as a collective experience — of us gathering together to share a story, something we long to do again as soon as possible. Also, artistic director Christine Jones created Theatre For One in 2002 as a unique form of live theater using a purpose-designed mobile booth, and I was skeptical about how well it would translate to a digital platform, even with the efforts of Jenny Koons, co-artistic director for “Here We Are,” and platform programming and design by Open Ended Group, a collaboration between Marc Downie and Paul Kaiser.

Most of all, though, I don't really like audience participation and found the idea of being face-to-face with the virtual image of an actor in front of my computer screen terrifying compared to maintaining a comfortable anonymity in a darkened theater. The actors are streaming live so they can — and do — interact with their viewers. To make things more uncomfortable, we can only see them and they us, so we don't know how we look to them.

I need not have worried about how well “Here We Are” would work virtually. Even though the actors are presenting their micro-plays multiple times each evening (or afternoon), the ones I saw came across as fresh and intimate. Commissioned by Arts Brookfield, the whole program includes eight, all by women of color and inspired by events ranging from the 100th anniversary of the ratification of the 19th Amendment to Black Lives Matter and other social justice movements. The majority of the directors, actors and designers are BIPOC and women, too.

None of the plays is longer than ten minutes, and you can reserve tickets for as many as you want at roughly 20-minute intervals. The catch is that you don't know in advance which plays — monologues, really — you are going to get.

Four micro-plays were made available to me as a reviewer, and my session started with “Vote! (the black album),” written and directed by Regina Taylor. Cheryl Lynn Bruce was warm and engaging as she described and reflected on what voting has meant to different generations of Black women, from those who dressed up in their Sunday best to today's jeans-wearers. She barely missed a beat when her doorbell rang and she took delivery of some flowers (not part of the play), but the picture and sound weren't in sync, which was a bit of a distraction.

Next up was Jaclyn Backhaus' “Thank You Letter,” directed by Lavina Jadhwani. This unusual perspective on race relations featured Adithi Chandrashekar composing a letter to recently deceased Congressman John Robert Lewis, the renowned civil rights activist, thanking him for the impact he had helping her Punjabi grandparents with immigration.

Although I basically played myself in the first two works, Stacey Rose's “Thank You For Coming, Take Care,” directed by Miranda Gonzalez, cast me in a very different role. Sydney Charles, clad in an orange jumpsuit, was a prisoner serving a long sentence (for a crime not mentioned), and I, apparently, was the foster parent for the daughter she hadn't seen in five years. Now, I wanted to adopt the girl, and her mother's outpouring of grief, anger and other emotions peaked with “she is in your care but she is not yours.”

Carmelita Tropicana's “Pandemic Fight,” also directed by Gonzalez, lightened the mood a bit. Melissa DuPrey explored the ins and outs, ups and downs, and her feelings about being a biracial woman, including a pandemic-precipitated fight with her boyfriend. And I was happy to be little more than an interested observer.

By this time I was hooked, so I asked the public relations person if I could get tickets to the other four micro-plays. They turned out to be very diverse, though they shared some themes with the first set.

Most far out (literally and figuratively) was Nikkole Salter's “Here We Are,” directed by Monet Felton. Xavier Edward King, the only male actor in any of the plays, was a NASA space traveler who had arrived in a distant galaxy. Asking mission control (us) to pinpoint his location, he speculated on how humans would fare there at the same time as he looked back at Earth and lamented how we had messed it up. He hoped that the next step in our evolution would be being responsible for our thoughts as well as deeds.

The two pieces dealing with race were Lynn Nottage's “What Are The Things I Need to Remember,” directed by Chris Anthony, and Lydia R. Diamond's “whiterly negotiations,” also directed by Felton. In the first, TayLar illuminated the need to remember — and to forget — certain things, then described a past outing with a new friend that inadvertently turned from delightful to disastrous due to drugs. In the second, Deanna Reed-Foster played an angry Black journalist venting about the micro-aggressions of white people, and we were cast as the editor who especially offended her.

My favorite — because, like “Thank You Letter,” it made me see things from a different perspective — was DeLanna Studi's “Before America Was America,” directed by Anthony. Elizabeth Laidlaw began by asking us when we realized the significance of voting, then said for her it was the 2008 contest between Barack Obama and Hillary Clinton. But the reason turned out not to be the excitement over getting to choose between a Black man and a woman for president for the first time, but the observation by her 96-year-old Cherokee grandmother, whom she was taking to vote, that the occasion was hardly a first for the First Nations.

Before each performance begins, you are sent to a virtual waiting room — a dark computer screen with a space to type comments. Unseen by each other, strangers engage in conversations, some of them quite amusing. Don't hesitate to participate like I did initially. It's fun.

“Theatre For One: Here We Are”

Free but reservations required for each micro-play. Blocks of tickets are released on Thursdays but sell out fast.