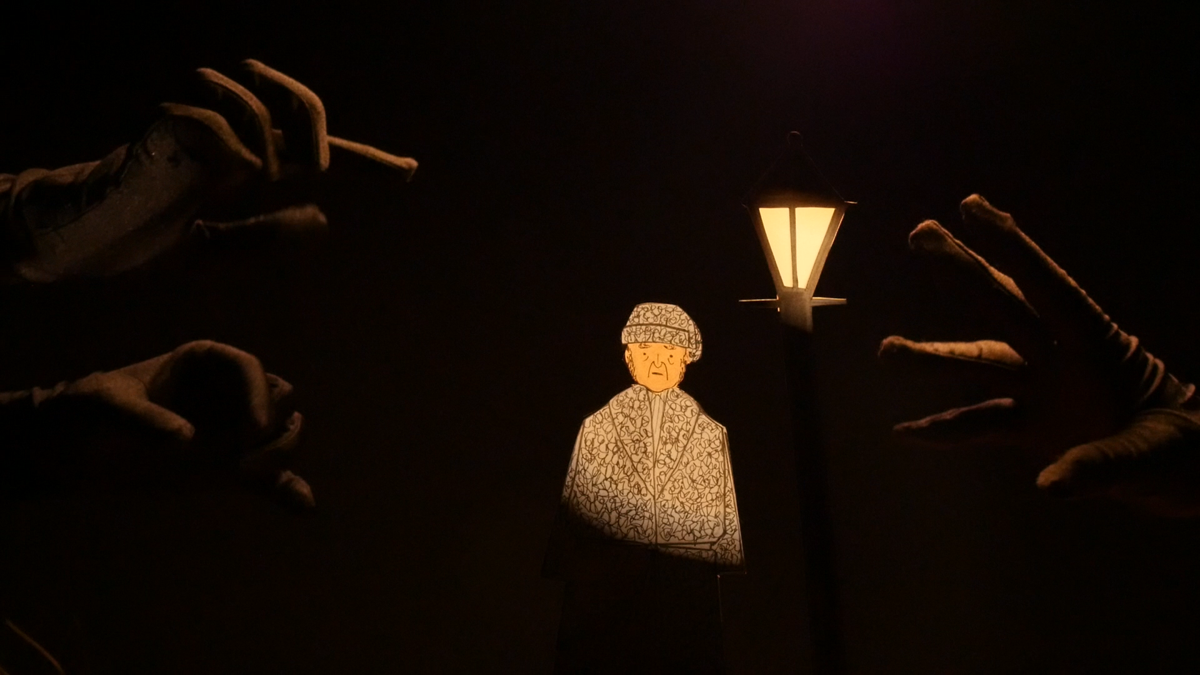 A still from "Manual Cinema's A Christmas Carol."

A still from "Manual Cinema's A Christmas Carol."

The show must go on—even if “on” means “online” this holiday season. The possibilities range from variations on “A Christmas Carol” to classics in-the-making. While some are filmed versions of previous live productions, others have been created specifically for the internet. Several even are livestreamed at every performance. Here are some promising picks.

A Christmas Carol: An Audio Play

Goodman's holiday favorite goes audio-only for its 43rd year with a new adaptation by Neena Arndt, Jessica Thebus and sound designer Richard Woodbury, directed by Thebus. Larry Yando heads the cast of 19 as Ebeneezer Scrooge, as he has for more than a decade, and he's joined by many other regulars. All performances are free, and on Christmas Eve and Christmas Day, the show is being broadcast on WBEZ 91.5 FM and Vocalo 91.1 FM

A Christmas Carol in the Dark

Streamed live on Zoom with the visuals blacked out, this new audio version of Dickens' novella adapted and directed by company artistic producer Mack Gordon features producing artistic director Corey Bradberry as Scrooge with Sarah Althen and Kathleen Puls Andrade in all the other roles. The interesting thing is that Bradberry and Andrade are in Chicago, Althen in Philadelphia and Gordon in Vancouver, B.C. The score is by Jake Sorgen. Find a dark, cozy corner at home for listening.

In Manual Cinema's signature style, hundreds of paper puppets, miniatures, silhouettes and an original score come together for this world premiere, which was co-commissioned by Writers Theatre and is being performed live with social distancing in the collective's Chicago studio and streamed directly to audiences at home by Marquee TV. Adapted from Dickens's novella by artistic directors Drew Dir, Sarah Fornace, Ben Kauffman, Julia Miller and Kyle Vegter, the classic ghost story has a new COVID-era frame concerning a skeptical Aunt Trudy who's tapped to reconstruct her late husband Joe's Christmas Eve puppet show over Zoom from her studio apartment for her family in lockdown. She becomes so wrapped up in the telling that the puppets take on a life of their own. A live chat with the artists follows each performance.

Manual Cinema’s version was co-commissioned by Writers Theatre, which has made it part of its own production, “Two Scrooges: A Christmas Carol Two Ways.” The other half of “Two Scrooges” is a one-man “A Christmas Carol” adapted by, and featuring, Writers' artistic director Michael Halberstam, directed by Stanton Long. It's streaming on demand.

Wisconsin's loss is our gain. Live performances of this one-man show originally devised by Tom Mula for Goodman Theatre were cancelled, so a taped production with a soundscape by foley artist Dan Kazemi is streaming online. Lee E. Ernst stars as Scrooge's late partner, who gives us the skinny from his point of view and plays a dozen other characters, too.

American Blues' masterful reworking of the Frank Capra film as a live broadcast in a 1940s radio studio barely loses a beat for the Zoom edition of its 19th annual production. It's streaming live for every performance with audience participation for the singalongs and audiograms plus delightful jingles advertising local businesses written and performed by music director Michael Mahler. Directed by Gwendolyn Whiteside, the actors — Brandon Dalquist (George Bailey), Audrey Billings (Mary Bailey), Dara Cameron (Violet), Ian Paul Custer (Harry), Shawn J. Goudie (Foley), Manny Buckley (Joseph), John Mohrlein (Clarence, Mr Potter) and Mahler (Announcer, Pianist) — perform from their own homes, which have been decorated with matching backdrops. The only thing I miss is watching the foley at work. And you have to provide your own milk and cookies.

Hershel and the Hanukkah Goblins

The third annual outing of Strawdog's holiday hit based on Eric Kimmel's book is an all-new, family-friendly, interactive virtual production streamed live. Adapted by ensemble member Michael Dailey with music and lyrics by Jacob Combs, direction by Spencer Ryan Diedrick and music direction by Celia Villacres, it addresses a pressing question: Will Hershel of Ostropool (Rebecca Keeshin) outsmart the goblins who haunt the old synagogue so that villagers can celebrate Hanukkah? Julia Atkins, Sonia Goldberg and Ian Michael Minh round out the cast.

Based on a book by Chicagoan Denise McGowan Tracy, this child-centric musical with Samantha Bonzi as the title character had its world premiere at the Greenhouse last year, and a recording of that is streaming. Eleanor is a rag doll who lives at the North Pole, and though she loves her “family” there, she writes a letter to Santa wishing for a home and best friend of her own. Expect songs and some social messages from Santa, Mrs. Claus and several elves.

Conceived and directed by the endlessly inventive Mary Zimmerman, this beautifully designed hour-long piece based on a story by Hans Christian Andersen is streaming online, thanks to HMS Media's film of last year's production. Wordless except for the final song, it combines the traditions of British pantomime with a moving score by Andre Pluess and Amanda Dehnert to follow the misadventures and star-crossed love of the title tin soldier (Alex Stein) and his ballerina (Kasey Foster). The cast also includes Anthony Irons (Goblin), Joe Dempsey (Nursemaid), John Gregorio (Rat) and puppets.

This streamed performance was filmed during the 2019 run at the Ruth Page Center for the Arts, but the show written by Jay Torrence and directed by Halena Kays originally was staged nearly a decade ago by The Ruffians. Inspired by the 1903 Iroquois Theater fire that killed 600 during a Christmastime matinee of “Mr. Blue Beard,” it's a haunting vaudevillian mix presented by six soot-covered actors — Pamela Chermansky (as Fancy Clown), Anthony Courser (Henry Gilfoil), Jay Torrence (Robert Murray), Leah Urzendowski (Nellie Reed), Ryan Walters (Eddie Foy), Crosby Sandoval (Faerie Queen) — risen from the ashes who want to recreate their holiday pantomime.

Available for worldwide distribution, the newly remastered recording of the theater's 2018 production directed and choreographed by Amber Mak offers a front-row seat to the 80-minute show inspired by J.M. Barrie's tale about the boy who wouldn't grow up. Elliot Davis' script based on Willis Hall's book showcases a score by George Stiles and lyrics by Anthony Drewe, the duo behind “Mary Poppins.” Johnny Shea plays Peter with Elizabeth Stenholt as his Wendy Darling and James Konicek as Captain Hook.