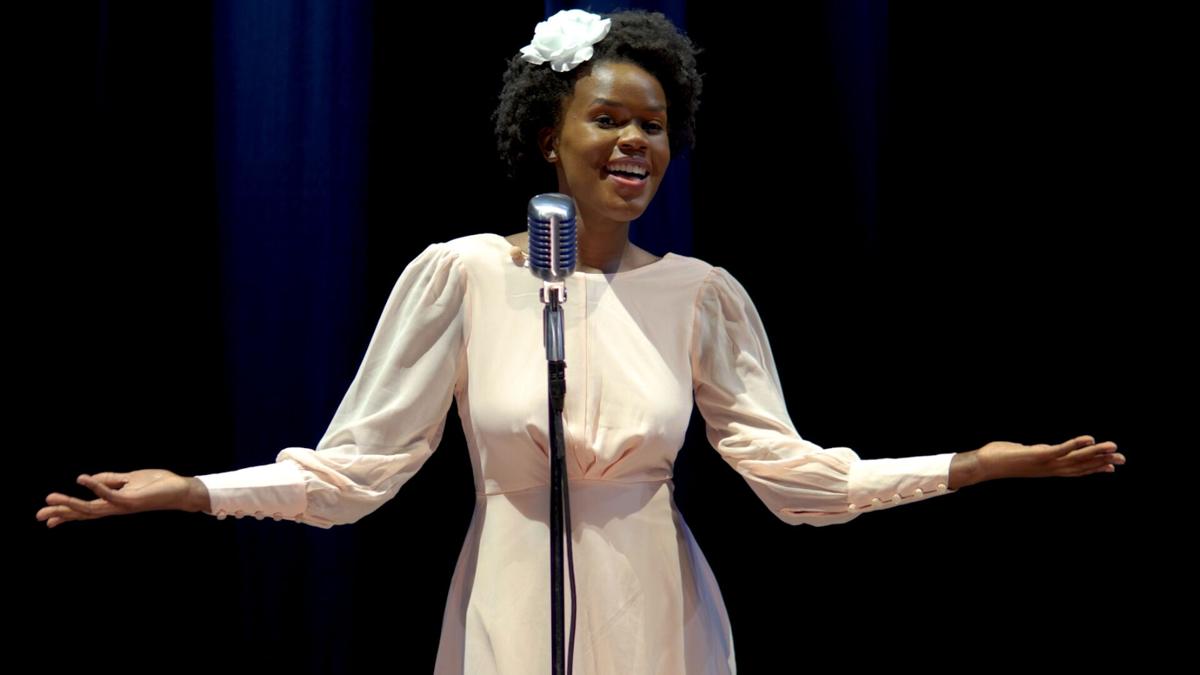 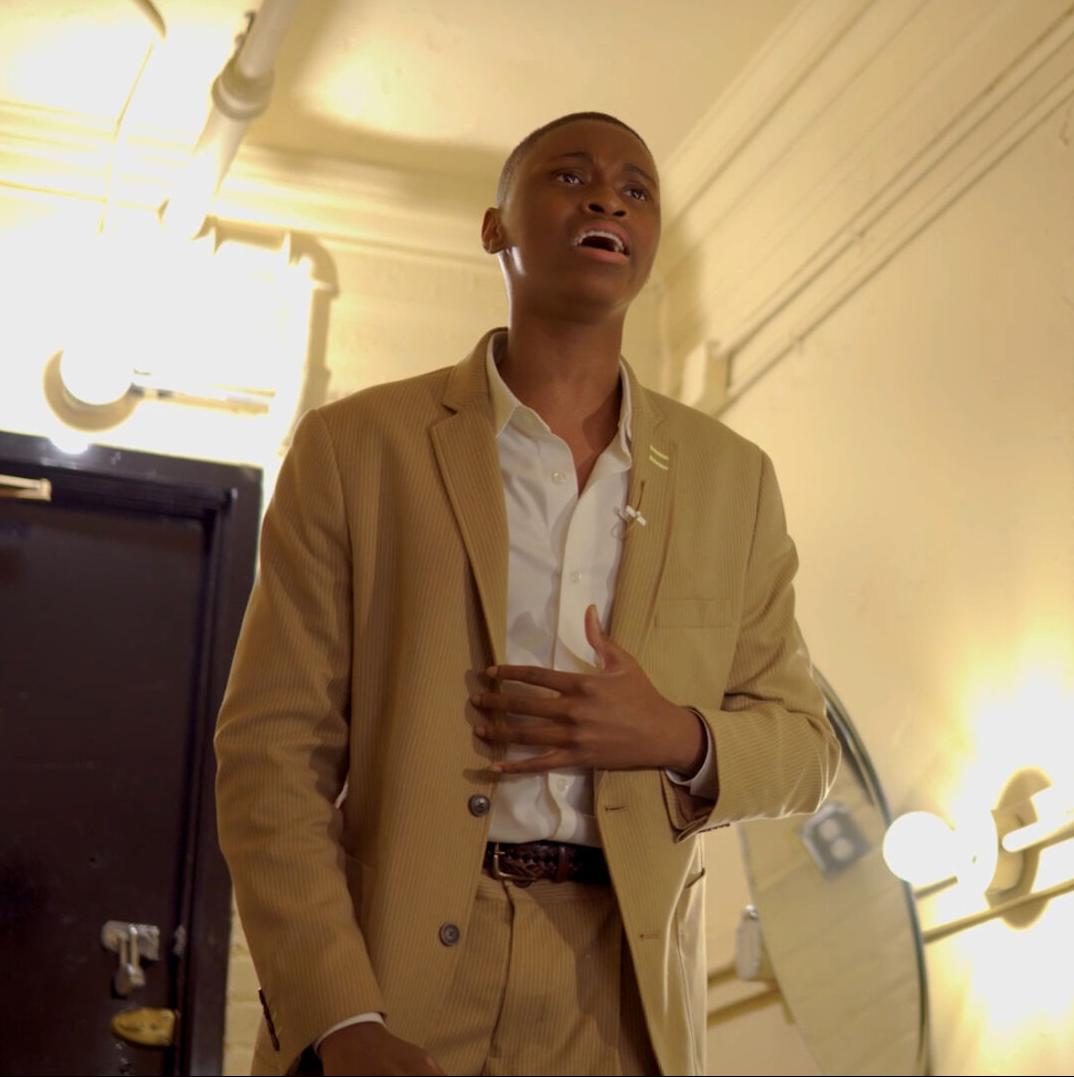 Porchlight Music Theatre's “New Faces Sing Broadway 1987” kicks off the sixth season of the savvy revue series, but this is the first time it has made sense for me to cover it. That's because in the past each edition — highlighting Broadway openings in a single year — had only two performances, except the first year, when there was only one. Consequently, the productions closed before you could possibly read my review, so there seemed to be little point.

One plus of the pandemic is that the virtual “New Faces Sing Broadway 1987” has a much longer run — through Nov. 29. Another benefit is that it was videotaped all over the restored Studebaker Theatre in the Fine Arts Building, affording striking views of and from the balcony and boxes, as well as of the backstage areas. Artistic director Michael Weber offers illuminating mini histories of the theater and the building, adding to the 90-minute show's admirable balance of entertainment and education.

As with past installments, a guest host — this year, it’s velvet-voiced Larry Adams— provides informative commentary about the hits and misses of the year in question, along with opening and closing dates and delightful tidbits. Plenty of old photos, theater programs and film clips illustrate his narrative and are at least as effective on screen as they have been onstage. There also are the traditional sing-a-longs and quiz questions, though of course the audience only participates from home.

Beside showcasing the best of Broadway, the mission of “New Faces” is to introduce the next generation of artists likely to make their mark on Chicago musical theater. The title was inspired by the eponymous series of musical revues produced from 1934 to 1968 that spotlighted emerging stars like Henry Fonda, Imogene Coca, Van Johnson, Madeline Kahn, Eartha Kitt, Carol Lawrence, Maggie Smith, and many, many more.

The ten locals this time around are Anna Marie Abbate, Isabella Andrews, Ciera Dawn, Taylor DiTola, Tim Foszcz, Cameron Goode, Garrett Griffin, Parker Guidry, Devon Hayakawa and Kelan M. Smith. Each performer gets to shine in a solo, and there also are a couple of duets, a trio and two group numbers — all with proper social distancing.

Loosely organized into musicals and revues, homegrown creations and imports (mostly British), the shows range from huge hits, such as “Les Misérables” and “Into the Woods,” to less well-known efforts, among them “Smile” and “Stardust.” Two songs come from “Starlight Express,” though I'm not sure how many people remember a production most notable for being performed entirely on roller skates. Two that have faded into obscurity are new to me: the gospel-infused “Don't Get God Started” and “Teddy & Alice,” which is about Theodore Roosevelt and his daughter.

The song from “Teddy & Alice” is a sparring duet entitled “Nothing to Lose But Me” sung with just the right comic spirit by Tim Foszcz and Parker Guidry from one of the Studebaker's boxes. They definitely are new faces to watch. Guidry brings a sweet blend of seduction and melancholy to their solo, “Mad About the Boy' from the revue “Oh, Coward!,” and Foszcz's rendition of the very difficult “Giants in the Sky” from “Into the Woods” is dramatic and touching.

The other selections from Stephen Sondheim's “Into the Woods” are “Moments in the Woods,” nicely sung by Isabella Andrews, and a sing-a-long of the title song “Into the Woods” with half of the cast members. Andrews also plays the flute for the closer featuring the ensemble led by Adams performing “Music of the Night” from “Phantom of the Opera” though, as he reminds us, it didn't make it to Broadway until 1988.

Andrews stands out among the women, as does Anna Marie Abbate in the duet “I Dreamed a Dream/On My Own” from “Les Miz,” for which she shares the theater's balcony with Taylor DiTola. Also from that show: the tuneful “Drink With Me” sung by Cameron Goode, Garrett Griffin and Kelan M. Smith (who also plays guitar), and “Stars,” splendidly rendered by Adams.

Abbate's solo, “Wanting” from “Rags,” would be more impressive if she didn't have to perform it while negotiating a narrow, treacherous-looking staircase. That location choice is one of the few missteps of director Christopher Pazdernik, director of production Alex Rhyan, and CastleLight Productions, which was responsible for the video, editing and audio services.

While “New Faces Sing Broadway 1987” has slow sections, and some of the singers are more accomplished than others, watching it is a pleasant way to spend a little time and learn something in the process during the Thanksgiving season.