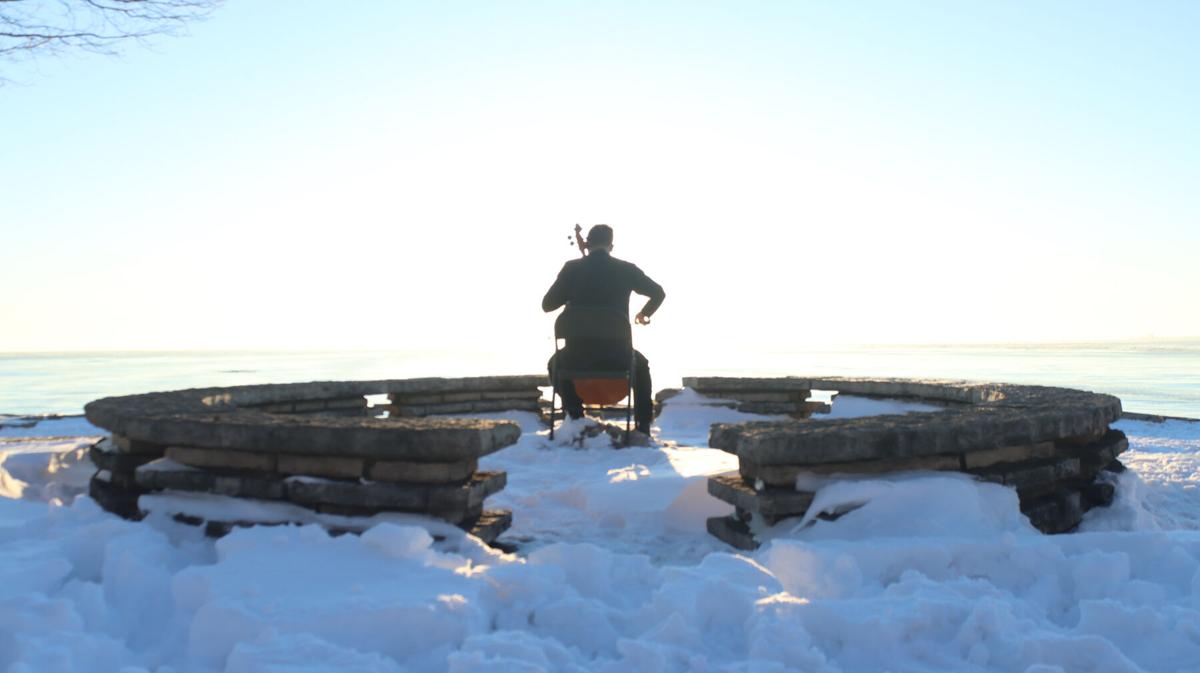 Yuchi Chiu in Strawdog Theatre Company's "How Do We Navigate Space?" 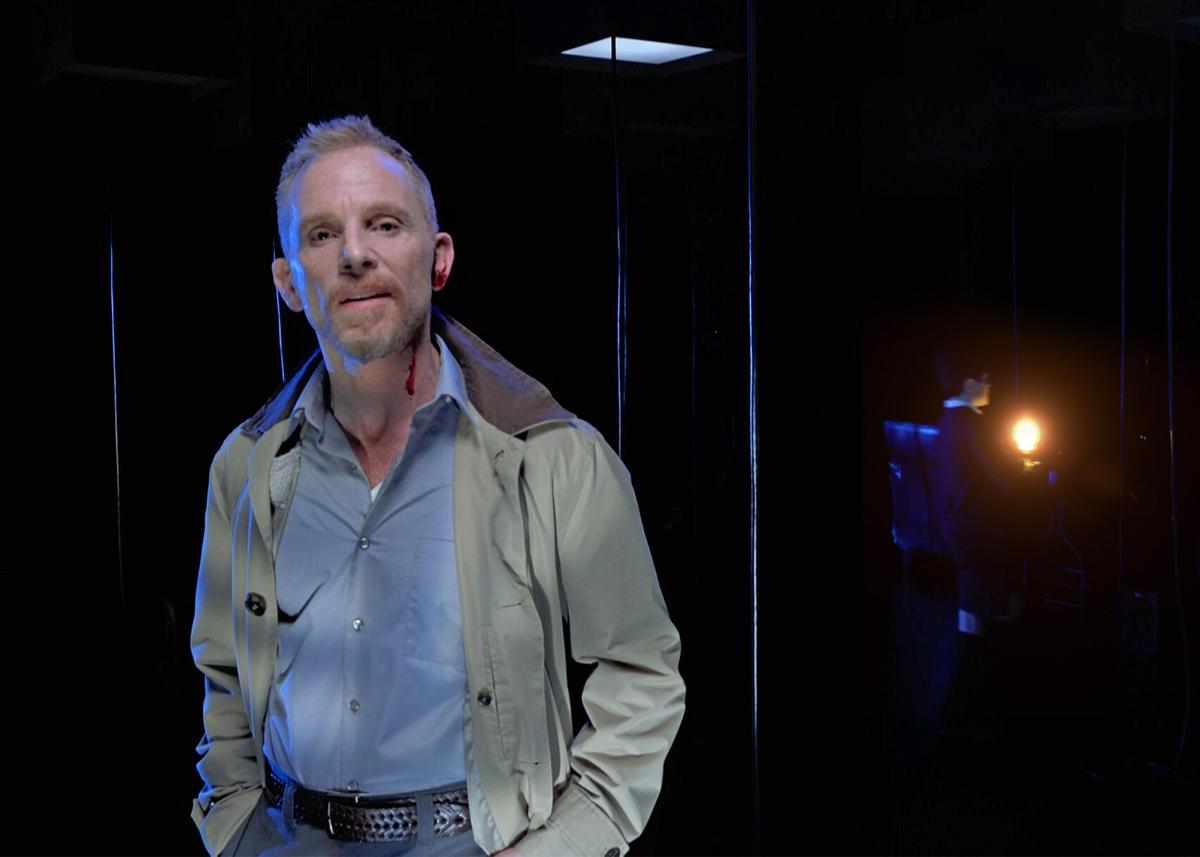 Dan Waller as Banquo in Chicago Shakespeare Theater's production of "I, Banquo."

Yuchi Chiu in Strawdog Theatre Company's "How Do We Navigate Space?"

Dan Waller as Banquo in Chicago Shakespeare Theater's production of "I, Banquo."

"How Do We Navigate Space?"

Anyone who hasn't been living under a rock for the last year-plus is likely to find that Strawdog Theatre Company's “How Do We Navigate Space?” resonates — at least in part.

Based on the results of surveys sent to Chicagoans in late November 2020, this 70-minute hybrid of virtual theater and film directed by Denise Yvette Serna is a collection of more than two-dozen pieces exploring how we've been coping with the pandemic. It was written by Karissa Murrell Myers and combines movement, music, visual art and voice-over narration and poetry devised by the performers: Yuchi Chiu, Terri Lynne Hudson, Josie Koznarek, Gloria Petrelli and Erik Strebig. Mah Nu doesn't appear but composed most of the underscoring.

Each piece has a title, starting with “Hibernation,” a meditation on snow, cold and dark featuring an emotional (if somewhat artsy) dance by Strebig, accompanied by a prose poem infused with hope for spring. Like so much else here, it addresses the fears, frustrations and loss of freedom affecting us all.

The sections that work best for me treat the subject with humor. In “Self Care,” Strebig — seen in triplicate on the screen — reveals all the ways he's been pampering himself and revels in all the things he doesn't have to do (like attend birthday parties or go to clubs). He concludes that he's feeling better during the pandemic than he ever has before.

“Three Minds” brings together three friends — the voices thereof — who just want to go out for a walk but end up agonizing over everything they have to think about, from how many masks to wear to what to do if a mask-less person comes towards them. “Hands” focuses on obsessively washing them and figuring out ways not to use them, such as awkwardly bumping elbows as a greeting, opening a door with the palms, tapping a computer with a tongue and — my favorite — setting a thermostat with your feet. “Lipstick” is one woman's ode to her “armor” against the world and how it has become irrelevant.

There are lots of scenes of people trudging around Chicago in the snow, including three called “The Middle” and spread throughout the rest that show various perspectives on waiting and searching. Predictable topics are addressed; “I Miss” examines a litany of things that used to be taken for granted, like theater, restaurants and travel. Social justice and Black Lives Matter crop up in “I Didn't Go,” a woman's guilt-ridden explanation of why she didn't attend a protest. Essential services come under the magnifying glass in the funny-sad “Grocery Store” and angry “Essential” about a much put-upon waiter/grocery store bagger.

Despite much that is dark and depressing, the overall tone is not. Instead, it invites us to look at the situation from new perspectives. “Pets” epitomizes this approach. Showcasing the performers' dogs, cats and one rabbit, it points out that 2020 has been a very good year for our furry friends who've enjoyed being pampered and spending maximum time with us. And who wouldn't ooh and aah over all those loving creatures?

Strawdog Theatre Company online. Streaming through April 18; pay what you can ($15 suggested). strawdog.org

Two refrains course through “I, Banquo,” Tim Crouch's 45-minute monologue for the embittered Thane of Locaber murdered by his best friend, Macbeth.

The first is “It could have been me,” which eats away at him as he contemplates how he might have responded if he had been in Macbeth's position when the Weird Sisters delivered their prophecies. He often follows with “no hard feelings,” when we know there are plenty, The second is “I should have known,” the reproach that nags at him for failing to act to save himself, though he also admits that he did know.

One of several plays Crouch wrote to illuminate Shakespeare for young audiences — the others are “I, Caliban,” “I, Peaseblossom' and “I, Malvolio” — ”I, Banquo” retells “The Scottish Play” from the supporting character's perspective. He addresses the audience directly, enjoining us to “imagine” that he and we are best friends, though it's not really clear who we're supposed to be. Often he seems to be casting us as Macbeth, as when he says, “I didn't reckon on your wife,” who craved greatness at any cost. But at one point, wondering why he's spilling his guts at all, he says he just needed to talk to someone.

Besides blaming Lady M for her husband's behavior, the betrayed Banquo is as vindictive as he is misogynistic. He may question his own desires and motives, but he enjoys haunting his killer, boasts that his descendents will be kings and gloats when Macbeth is duped by the witches and gets his due, concluding that he'll go to hell while Banquo himself will go to heaven.

In Chicago Shakespeare Theater's stunningly dark production, which was directed by Marti Lyons and filmed as a single performance on the stage of the Yard to make it more theatrical, Banquo seems to be in a kind of purgatory or holding room. Seated before us in an upholstered gray chair, its back bearing a bloody hand print that mirrors the one on his slouchy modern-day jacket, he's harshly illuminated by square overhead fluorescent lights that buzz and flash on and off. Occasionally he gets up and walks around, so we get a different view of him and, fleetingly, of his son Fleance (Patrick Scott McDermott) in period costume.

This was made possible by three remotely operated cameras positioned throughout the set, so the actors were totally alone in the space and able to move freely (and safely). Credit for the look and feel of the production goes to scenic designer Yu Shibagaki, costume designer Raquel Adorno, lighting designer Jason Lynch, sound designer Mikhail Fiksel, video designer Mike Tutaj, and production stage manager Shannon Golden.

The centerpiece, though, is Dan Waller's scary-good performance as Banquo. Ironic and at times mocking, his speech is as intense and angry as his body and clothes are increasingly bloody. The fact that he's virtual — face to face with us on our computers — may even enhance the effect. It's hard to know without also seeing the show live, which hopefully will be a possibility someday soon.