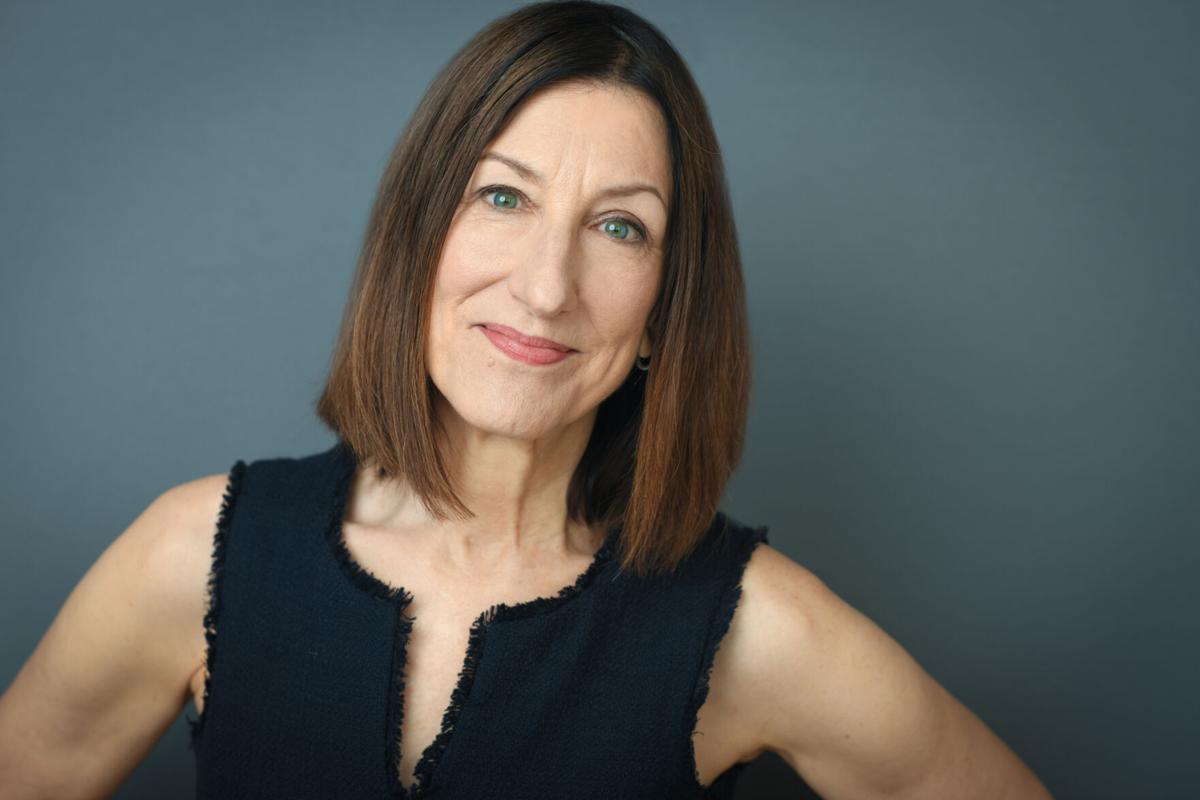 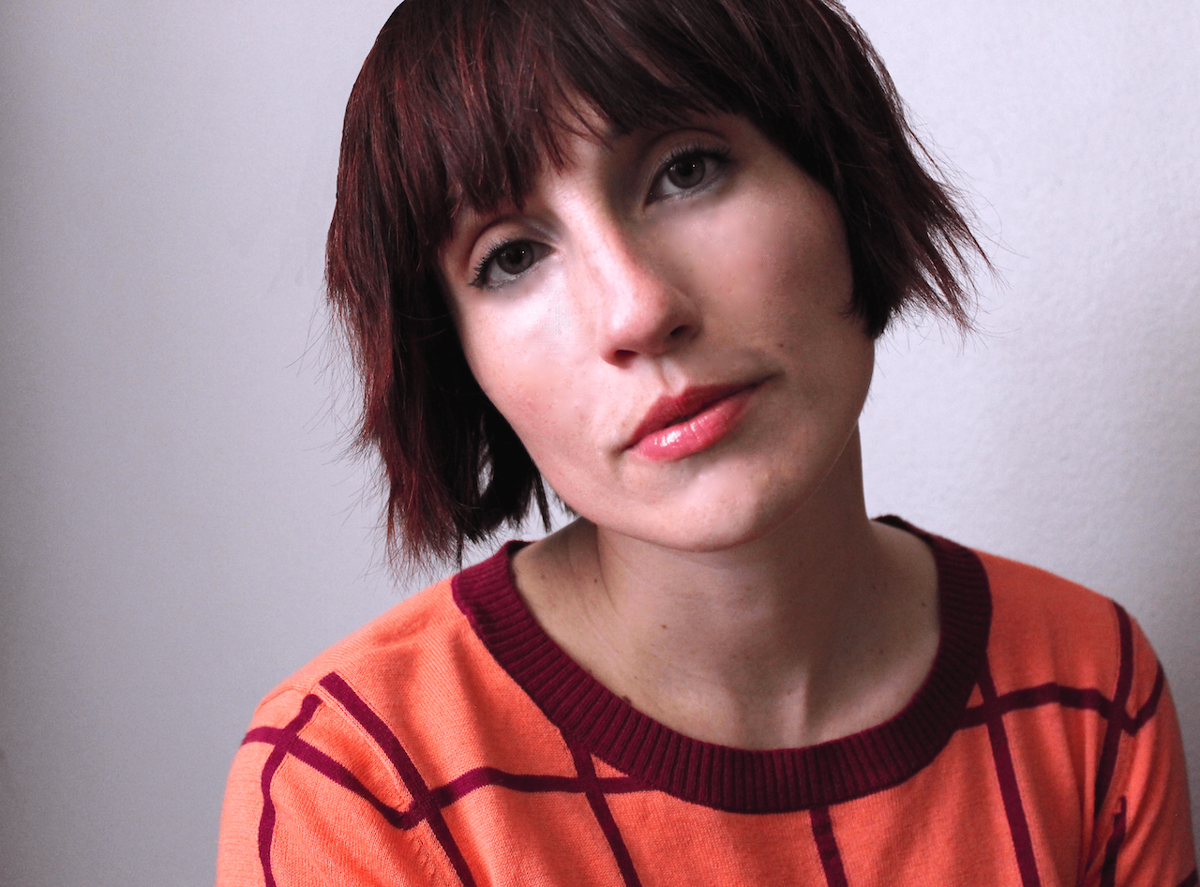 Artemisia Theatre recently launched an ambitious virtual season that includes two Zoom world premieres by Lauren Ferebee, this year's resident playwright, and eight audio plays on the theater's We Women podcast. Video discussions will follow the two productions streaming on YouTube, while biweekly podcasts after each audio performance will offer discussions with the creative team and interviews with nonprofit organizations on relevant social justice topics.

“I’m pleased to bring our classic and new feminist plays to our audience in a unique way,” said artistic director Julie Proudfoot, who started Artemisia in 2011, naming it for the 17th-century Italian painter Artemisia Gentileschi. “The pandemic forced us to switch to all-digital to continue our mission of empowering women, but the format enables us to present little-known works we couldn't do otherwise and exposes wider audiences to them, too.”

Proudfoot started the podcast in May of 2020 but initially just did one-on-one interviews with directors, actors and other creative people in the industry. Then she added a few play readings: “The People” by Susan Glaspell in June, “They That Sit in Darkness” by Mary P. Burrill in October and, in November, Ferebee's “EveryWaiting Heart,” the live premiere of which had been canceled because of COVID-19. “That made me realize that I could plan the same kind of programming for the whole season,” she said.

Proudfoot curated the season, the centerpiece of which is the world premieres by Ferebee. “Goods,” streaming May 5-30, is directed by E. Faye Butler and looks at the future. Set in 2100, it's about two interplanetary trash collectors, Sam (Shariba Rivers) and Marla (Proudfoot), who are celebrating 20 years of working together when an unexpected job forces them to confront the dirty secrets of their relationship and the overwhelming problems and devastating choices of the world they've left behind.

The full production team includes videographer Peter Sullivan of Marston McCoy Media, sound designer Willow James, costume designer LaVisa Williams and assistant director and production assistant Lizzy Liebermann. “ 'Goods' was always going to be filmed,” said Proudfoot, “but originally we were going to do that at our new performance venue, 773 Chicago. Then it went into lockdown, and we decided to go virtual.”

The second play, which runs from Oct. 20 to Nov. 14, explores a tragic historical incident that sparked a labor movement. Artemisia commissioned “Into a Blaze: The Triangle Shirtwaist,” and Proudfoot directs Ferebee's Zoom play about the 1911 fire at New York's Triangle Shirtwaist Factory that killed more than 200 young immigrant women. “I'm especially excited to work with Lauren on a play that weaves together the voices of resilient, fierce women workers past and present, amplifying their struggles and celebrating their spirits,” she said.

The 2021We Women podcasts, which are posted on Wednesdays, started on Jan. 20 and continue through Dec. 8. They're curated, produced and co-hosted by Proudfoot and resident sound designer James. “We always aim to showcase the works of female BIPOC and LGBTQ theater artists, especially around issues of compassion and social justice,” said Proudfoot. “Sticking to audio enabled us to reach out to the wonderful diverse artists in the community and to budget so we could pay them for one rehearsal and one performance.”

First up, on Jan. 20, was “What About the Children” by Sharai Bohannon, a short play about the wife of an ICE officer who has had enough. Written for Protest Plays Project's #TheatreActionImmigration, it was directed by Myesha-Tiara, founder of Perceptions Theatre.

For the Feb. 3 creative discussion, Proudfoot moderated a panel with the playwright, James and actors Jessamyn Fitzgerald and Joseph Ramski. The Feb. 17 social justice interview features Sandra Gonzalez of the Aurora First Response Center. Proudfoot said she chose the play because she “wanted to give a voice to Black feminist playwrights who focused on social justice issues.”

Next up, March 3, is “Opposing Ophelia” by Deneen Reynolds-Knott. Based on her mother's experiences from the 1950s to the 1970s, it's a mother-daughter debate between Yvette, a former model and student at the Ophelia Devore School of Modeling & Charm, and Nina, who confronts her with new ideas about beauty, Blackness and womanhood after joining the National Black Feminist Organization in 1973. Celeste Cooper directs, and the creative discussion March 17 is with her, the playwright and the cast (as always), while the social justice interview is March 31.

April 14 brings “Bold Stroke for a Wife,” a very popular play by Susanna Centlivre that no one has heard of today because it was first performed in 1718. It's a comedy about a military officer who falls madly in love with a young woman and dons four different disguises to convince her powerful and extremely disagreeable guardians to grant him her hand in marriage. Centlivre was an actress known for playing pants roles and, though she apparently wasn't in the first production, she did tackle the role of the officer later on. The creative discussion (obviously not including the playwright) is April 28; the social justice interview on May 12.

One of the first Black plays about Black issues, “Rachel” by Angelina Weld Grimké, bows in May 26. First produced in 1916 and published in 1920, it explores the plight of a sensitive and well-educated young Black woman who loves children and, when she meets the man of her dreams, is eager to raise a family with him. But her vision of blissful family life is destroyed when she is forced to come to terms with American racism. Myesha-Tiara returns to direct. The creative discussion is June 9; the social justice interview, June 23.

The anti-lynching play “Aftermath” by Mary P. Burrill, a gay feminist playwright during the Harlem Renaissance, debuts July 7. Set in rural South Carolina and first staged in 1928, it is about a Black soldier returning from serving his country in World War I who discovers that his father has been lynched. James directs. The discussion is July 21; the interview, Aug. 4.

Re-imagined by Proudfoot and James with a soundscape, Euripides' “Medea” becomes a solo character study of the title woman's inner struggles and lust for freedom and power. Medea is betrayed by her husband Jason when he abandons her to marry a Greek princess. Though he returns and promises to keep her as a mistress, Medea murders her and Jason’s sons and her husband’s new wife before escaping to Athens. The performance is Aug. 18 followed by the discussion Sept. 1 and interview on Sept. 15.

The one-act comedy “Close the Book”by Susan Glaspell, founder with her husband of the Provincetown Players, is up on Sept. 29. First read in 1916 and produced the following year, it spotlights an elite family enjoying their status as the power brokers of a university founded by their ancestors. Their grandson, a professor at the university, creates a controversy when he announces his engagement to a beautiful outspoken liberal with gypsy ancestry. The discussion is Oct. 13; the interview, Oct. 27.

Rounding out the series Nov. 10 is “Above the Fold,” contemporary playwright Julie Zaffarano's work about ethics in journalism. Set in 1935, it focuses on Dorothy, a determined female reporter, who is covering a grand jury investigation into the death of rising musical theater star Evelyn Hoey. As she fights to gain equal footing with male reporters, Dorothy struggles to convince her former lover and colleague, Carl, and her editor to ditch sensationalism and embrace truth. “I found the play on the New Play Exchange and, as far as I know, it has only been done as a reading,” said Proudfoot, who directs. “It's based on a real trial, and I love the protagonist's strong feminist voice.” The discussion is November 24; the interview, December 8.

Tickets for the Zoom plays are $15-$30. The We Women podcasts are free and remain on Artemisia's website after they are broadcast. For more information, visit artemisiatheatre.org