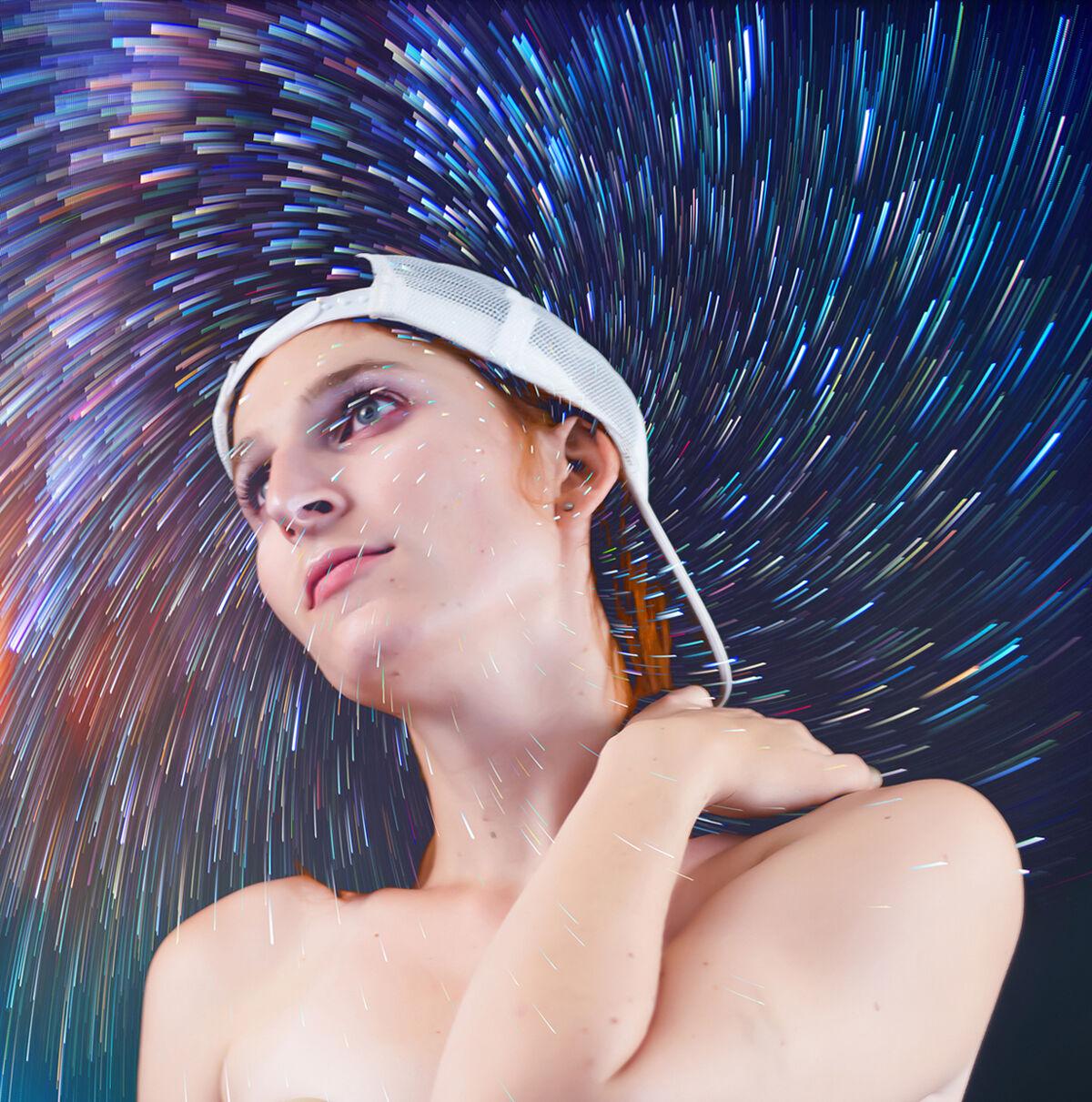 It’s not news that small businesses are struggling in the time of COVID-19. Sadly, this applies to small arts groups as well. Yet Third Eye Theatre Ensemble, a very small and rather young Chicago opera company, has persevered, and this weekend offered a low-budget, high-impact streaming event featuring two fascinating one-act operas.

First on Third Eye’s double bill was “Stitch” by Juliet Palmer with libretto by Anna Chatterton. It’s a half-hour depiction of three women working in a sweatshop making cheap clothing, featuring three singers and a sewing machine. It’s essentially a cappella (with occasional machine sounds), which itself seems a cheat in opera. But it’s not. Palmer is deft in creating a sound world with only voices and Chatterton’s text is often witty and engaging, making the text at times its own drumbeat.

The innovative music and clever word play are knitted together well, creating an environment where rushed production of sleazy fashion is the only goal. The three workers — two sopranos and a mezzo — are consistently harried and beset by nerves as they rush to complete what seems like a never-ending task.

Third Eye presented this opera live on stage in Chicago in 2019 in a production I missed. The reprise was staged and recorded in three separate settings, one for each singer. Because it was done under COVID conditions, this meant that each of the women was filmed separately. One appeared to be in a large closet, another in a garage, and the last in her basement. This reduced the tension considerably, as none seemed actually claustrophobically confined. Moreover, because the filming was separate from the actual singing — giving the production a rather jaunty music video vibe — the disconnect between singing and acting was highlighted. Even so, the music’s relentless nature came through.

The lack of interaction was a disappointment, but director Rose Freeman did fine work with this debilitating restriction. For example, the worker in her closet was engrossed in a large ball of thick thread that slowly enveloped her in a web, offering powerful symbolism of the confinement her work requires.

Angela Born, Mary Lutz Govertsen, and Rena Ahmed were the three workers, differentiated in the score only by number. Demonstrating their existence as mere cogs in a large machine. Their parts, entirely pre-recorded, were sung with conviction and great skill. The voices blended well together, creating the connection that was missing in the visuals, which often took the form of three separate windows showing them at work. This separation served to highlight their alienation, particularly in the section called “The Crone’s Song,” as the workers described their sewing as a kind of death, with lines including, “She stitched her coffin, she stitched her life, she stitched herself out of life.”

After a brief intermission, with Freeman happily commenting on a live stream of goats in Texas (her report: she loves goats, which you really need to in order to appreciate them in a nighttime setting), Third Eye then offered a deep dive into the life of a trans woman with the opera “Witness”. This was truly a one-woman show, music and text written by Alexandra Enyart, who served as music director for both operas. She was essentially the only performer, taking on the singing as well as the only accompaniment, which was a banjo.

Solo singer with banjo is hardly the first thing your mind conjures up when thinking of opera, yet this was a fascinating story told with unstinting honesty.

Although Enyart is a classically trained musician who studied clarinet and conducting, here she brought forth her Kentucky roots, with a series of songs often in an individualized bluegrass-folk fusion that highlighted her childhood yearnings and adult frustrations.

The pastoral opening, invoking “icy rivers” and “forests green,” slowly gave way to her trauma from being born in the wrong body. The song “Trapped” captures the horror of her worry about being physically assaulted or killed. Up to this point, the action has taken place in a small bedroom, where Enyart casually moves about as she strums and sings. “Trapped” offers her own view of a dingy El-station where peril lurks. This song also has the most jarring music, which seemed to have electronically enhanced and distorted banjo pizzicato, creating a disturbing milieu.

At one point the camera work becomes psychedelic, with artificial colors flashing so brightly and suddenly that even as a viewer you want to escape this awful acid trip.

Hope and promise are established when Enyart’s wife, Kelsey, briefly appears with guitar, and the easy communication and affection between the pair is palpable. (It is also the only moment Enyart has someone accompanying her.)

This unusual work doesn’t succeed as an opera; it is more like performance art or a high concept album. It’s hard to see it functioning as viscerally when sung by someone else; still, it is the singing that is the weakest element. Enyart is obviously a talented artist, but she is a limited singer, and that becomes a problem in a piece that lasts nearly an hour. Even so, she has created something unique and moving, which opened my eyes and made me think.

The recording of Third Eye’s double bill will be available later for viewing at a minimal price. Visit thirdeyete.com for more information.