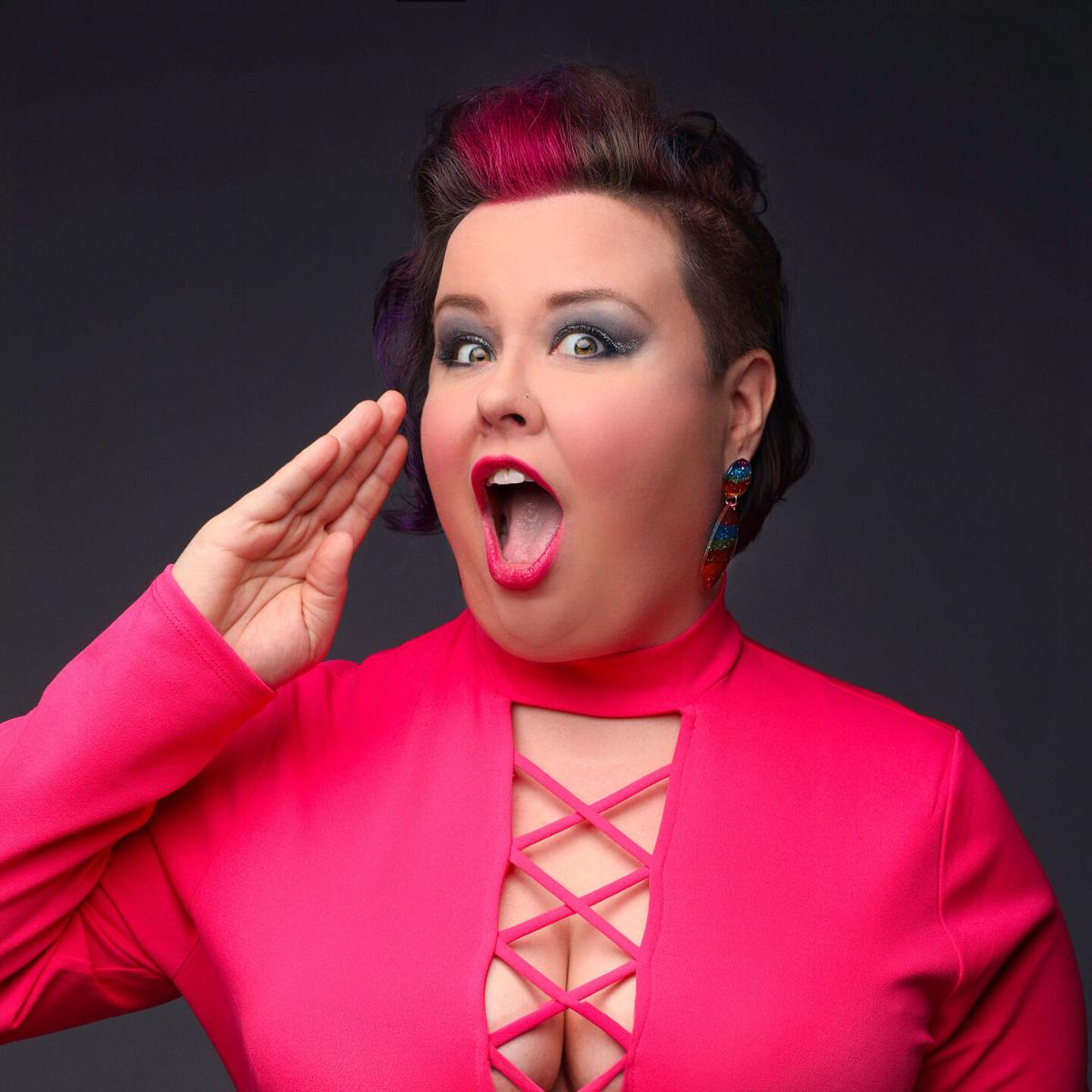 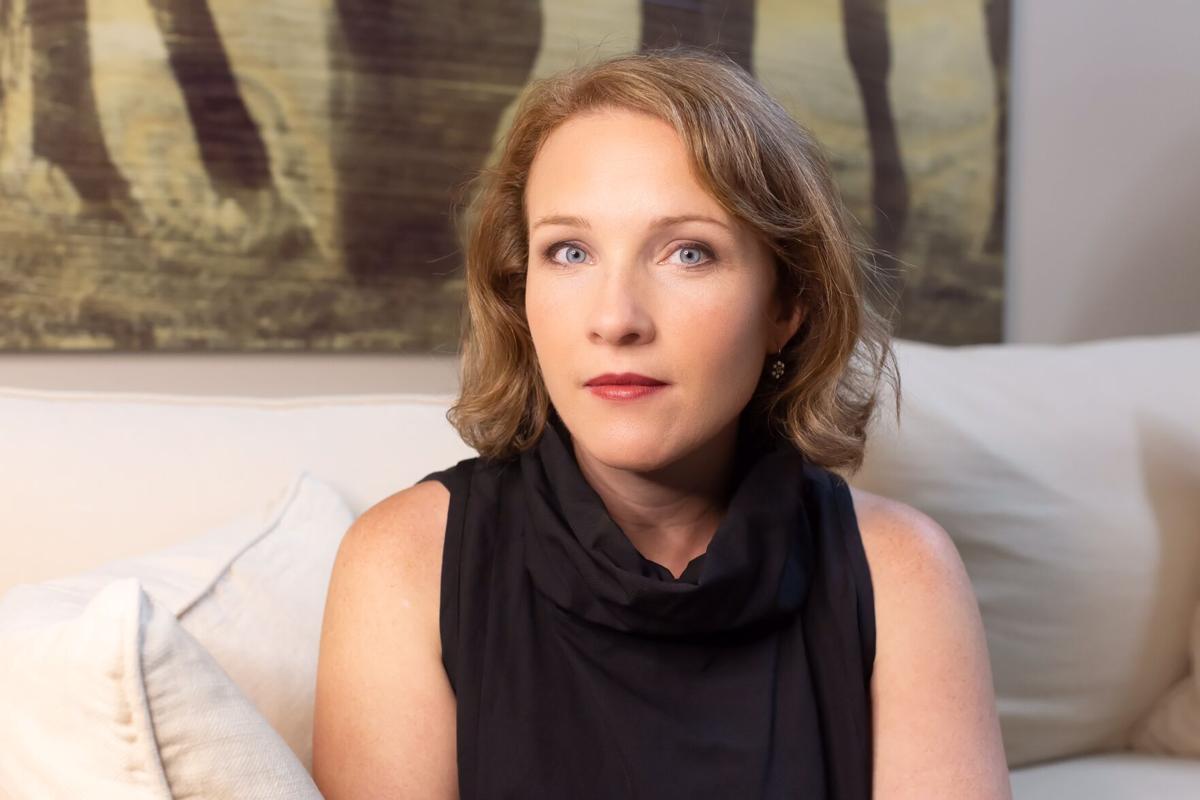 Two popular classical music stars have joined forces in a recording of American music that lifts the spirits and simultaneously celebrates exceptional women. “Unexpected Shadows” pairs the music of Jake Heggie with the exceptional mezzo-soprano Jamie Barton. Heggie himself is the pianist, and for one small song cycle they are joined by cellist Matt Haimovitz.

The disc opens with a short song set to text by Sister Helen Prejean, the nun who wrote of her experiences counseling death row inmates in “Dead Man Walking” (which Heggie turned into an opera). “Music” is a lovely little gem recounting how Sister Helen brought a tape player to a prisoner who then “drank music like a thirsty man.” Barton captures the life-giving joy of music with dignity.

“The Work at Hand” is a collection of songs set to poetry by Laura Morefield who knew at the time she was writing that she was dying from cancer. These songs trace a terrible journey through acceptance and struggle, and a search for grace. The cello work of Haimovitz adds gravitas and a firm anchor while Barton captures your attention with her ability to convey the music with both powerful emotion as well as plaintive restraint.

“In the Beginning” is a hilarious short song about how cats learned to purr (spoiler: a paper bag is involved) and Barton is as silky as a feline in her glorious interpretation.

Four first ladies are each portrayed in “Iconic Legacies”, each offering imagined commentary over an important moment in American history, which is represented in some way at the Smithsonian. Eleanor Roosevelt discusses Marian Anderson’s mink coat while Mary Todd Lincoln muses on her husband’s hat. Jackie Kennedy’s pink Chanel suit and the last Christmas cards her husband would write is followed by Barbara Bush’s appearance on “Sesame Street”. These are big-hearted songs that Barton mines for all the tragedy and triumph.

“Statuesque” is a set of five songs, each about a different sculpture of a woman, told from the woman’s perspective. Heggie, who wrote the notes for this recording, says “Gene Scheer’s texts describe real experiences both funny and tragic as each statue yearns for clarity and connection.” Barton makes you believe these solid, still figures are really speaking to you, and the effect is marvelous.

Heggie is a superb accompanist, leaning into Barton’s singing, supporting her at every stage. Barton is a marvel, whether purring like a cat or offering a snarling, sassy rebuke to a gawking museum patron in her persona as a headless statue. The CD is offered by Pentatone (PTC 5186 836).

Another splendid mezzo-soprano is also represented in a new recording by Pentatone. “How do I find you” by Sasha Cooke and pianist Kirill Kuzmin will be officially released later this month. It is a collection of 17 songs by 17 different composers. Each is a world premiere recording and each was commissioned by Cooke in 2020 during the pandemic, with most of the CD recorded in early 2021.

The musical styles on the CD covers a vast range, from cabaret-like songs to murky minimalist settings. The texts range from very silly vignettes to musings on serious atrocities. Cooke offers earnest and enthusiastic singing, clearly serving as an advocate of the music throughout.

Some of the music will charm you immediately. “How do I find you” by Caroline Shaw features a beautiful melody that bathes you in comfort. “Everything Will Be Okay” by Christopher Cerrone finds Cooke singing with shimmering delicacy building to a remarkable climax. Gabriel Kahane’s “The Hazelnut Tree” is a charming song, with pop inflections, that gently celebrates home and nature. “(A Bad Case of) Kids” by Andrew Marshall is a funny piece about how children can drive you nuts, with jazzy influences that will captivate you.

Cooke’s singing is delightful throughout and you never doubt her commitment. (She already has two concerts scheduled this year which will feature these songs, so she plans to live with this music for a while.) Kuzmin is an apt collaborator with a easy piano hand.

In some ways this is a brave undertaking. It is common today that concerts or recordings have a clear, sometimes even very hard, theme or idea that joins the project together. But “How do I find you” has neither theme nor any single artistic style. The subjects of the songs are all over the map (including imprisonment, California wildfires, the death of George Floyd, working from home, new year celebrations, and Facebook). The texts are mostly contemporary, but Nico Muhly set “Inward Things” to a text by 17th century poet Thomas Traherne.

All this gives the recording a pinball sense of jig-jagging everywhere. One funny song (and there are too many of them) is immediately followed by a somber and haunting story of would-be immigrant women who died on Angel Island in the San Francisco Bay. I found this juxtaposition terribly creepy. And a song set to snippets from someone’s Facebook page seems a pointless exercise to me.

For reasons she doesn’t explain, Cooke says in the notes that she only requested songs from composers in their 40s or younger. It would make sense that she would turn to people she knows for music, but why not just say that? Otherwise, it might seem to some that she is offering a big “OK Boomer” to older composers who lived through the pandemic knowing that they were the ones who were most likely to die if they contracted COVID-19. Perhaps she can make her intentions clearer before the recording is actually released.

In the end, this is an interesting collection of pieces, very well sung. That they were all written in 2020 and that Sasha Cooke sings them with verve and conviction is the only connecting tissue for Pentatone recording PTC 5186 961.