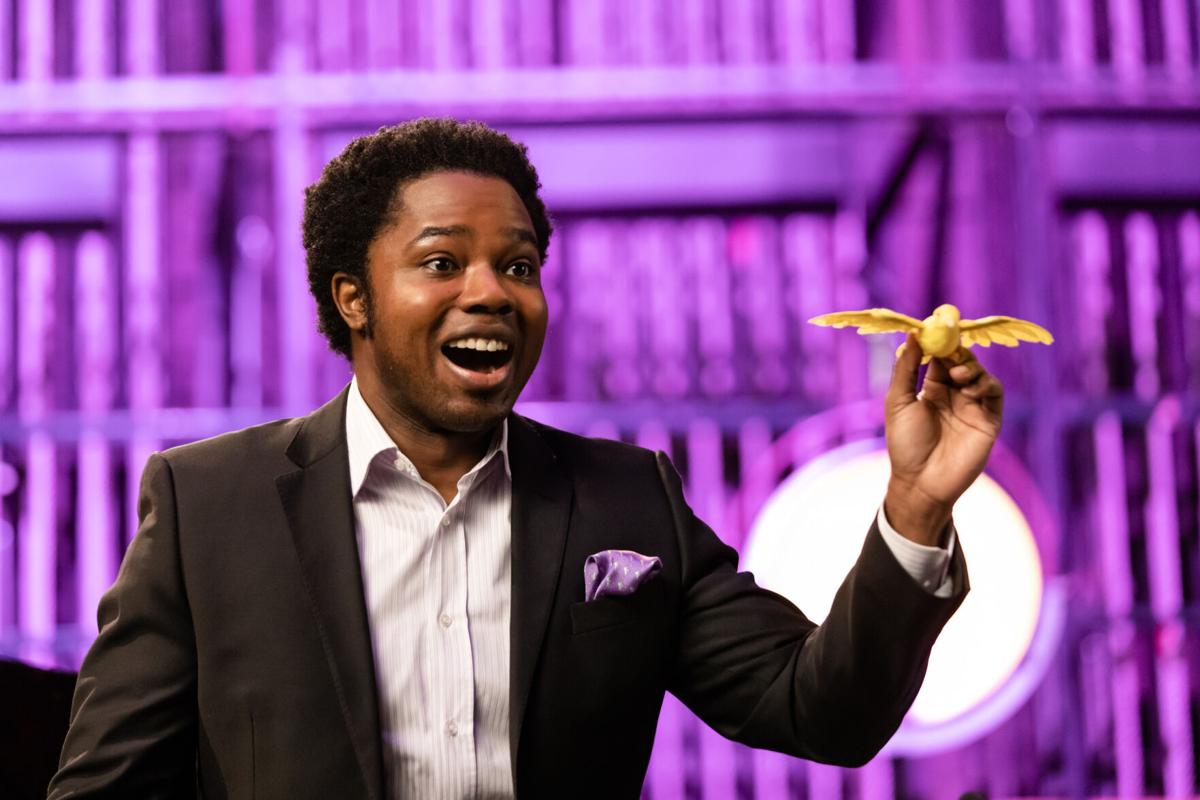 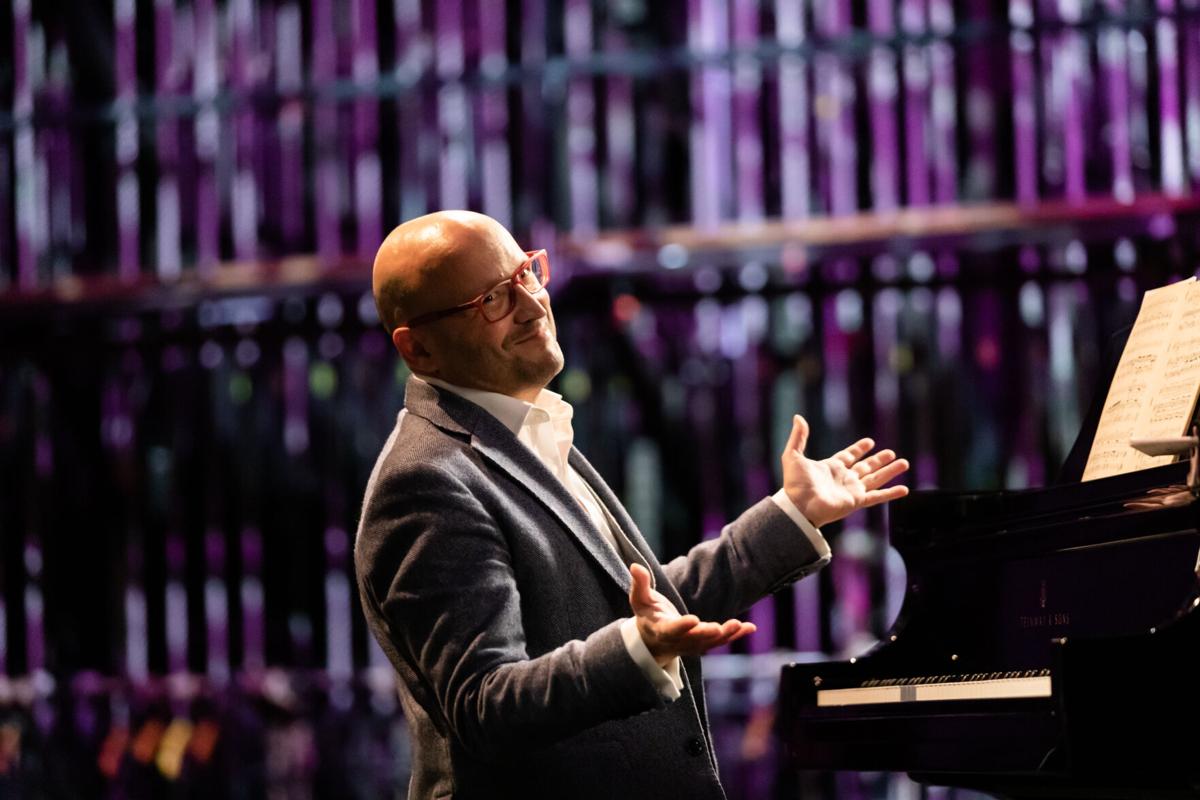 While Hyde Parkers continue to struggle with regular postal service failures, Lyric Opera of Chicago got its message through loud and clear on Sunday. They offered a free streaming 75-minute concert performed by current members of the Ryan Opera Center and hosted by  Lyric’s music director designate Enrique Mazzola. The concert featured the music of Rossini, Donizetti, Bellini, Verdi, Puccini, Mascagni, and — just so you don’t think only the terminal I’s have it — Leoncavallo and Cilea.

Mazzola gave the concert the same title as a Puccini song, “Sole e amore” (“Sun and Love”) which was reworked years later and incorporated into the composer’s much-loved opera “La bohème”. The concert was made up not of opera arias, but Italian songs. The members of Lyric’s Ryan Center, young singers beginning their operatic careers, have youthful, sunny faces and deep wells of talent. It was a pleasure to hear them sing a collection of intimate songs, each with its own particular message of love.

Although this was a concert with works that did not tell a single story, it was offered in an engaging semi-staged fashion on what appeared to be Lyric’s main stage. A lovely grand piano was flanked on one side by an overstuffed settee behind a coffee table and near a cart sporting a tea service. Some singers performed standing next to the piano, some while seated on the little couch, and some did both. Matthew Ozawa directed the production, and made this sitting room setup work beautifully.

Soprano Maria Novella Malfatti was first out of the gate, as the concert stream began with her backstage, rushing furiously onto the stage to quickly dive into Bellini’s “Per pietá, bell’idol mio” a song which implores the singer’s lover to not claim that she is ungrateful. Malfatti had immediacy and conveyed a desperate sense of worry along with moments of sweet remembrance of warmer times. Mazzola, who provided piano accompaniment for most of the songs, offered surefooted support.

Malfatti followed this with “Senza baci” (“Without Kisses”) the last song written by Alfredo Catalani. She brought anguish to the singer’s lament as well as good focus.

Lunga Eric Hallam took on “Se!...” (“If!...”) by Leoncavallo. The young tenor employed intelligent phrasing and sang with a face that seemed to radiate the love that was the subject of the song. His approach was direct and appealing.

Tenor Martin Luther Clark gave Mascagni’s “Serenata” an introspective, almost haunted feeling to the music, as he expressed his desire to kiss his beloved in her dreams. This was followed by mezzo-soprano Katherine DeYoung singing Cilea’s “Non ti voglio amar?” (“I don’t want to love you?”). Her interpretation was full of strength and hope and her voice was powerful with warm colors.

Soprano Denis Vélez was playful and with Mascagni’s “He loves me, he loves me not”, even tearing up daisies as she pondered her loved one’s fickle feelings. Bellini's “La ricordanza” (“The recollection”) was perfect for Hallam, who put excellent patience on display, letting the music unfold gradually along with the growing tension. His gentleness was superb, as was Mazzola’s lacey piano. Another pleasing Bellini song, “L’abbandono” (“The abandonment”), had a kitten-soft opening by Mazzola, while baritone Ricardo José Rivera sat on the settee with a book, as if lost in thought. Then the mood became almost desperate and the tempo heated up, as did the baritone, who created excitement and drama.

One of Verdi’s best-known songs, “In solitaria stanza” (“In a lonely room”), was given bright treatment by soprano Vélez, who drew you into the story and made the poignant moments stand out.

Bass Anthony Reed did a spiffing job Ottorino Respighi’s “E se un giorno tornasse” (“And if he were to return one day”), a plaintive recitative. His expressiveness gave the music a direct impact. Mezzo-soprano DeYoung had a sumptuous voice for Respighi's “Scherzo” and packed it with lots of personality. Ryan Center pianist Chris Reynolds was a worthy collaborator on the piano for both Respighi songs.

Tenor Clark immediately established a sense of urgency with Puccini's “Terra e mare” (“Land and sea”) while “Casa mia” (“My home”), where Puccini uses a folk-song text, was given an amiable performance by Reed. DeYoung was able to switch moods quickly with Puccini’s “Sole e amore” (“Sun and love”).

Bellini's “La farfalletta” (“The little butterfly”) had Weigel at the settee with a scattering of bow ties in front of him, serving whimsically as butterflies. It was an amusing and pleasing song. Felty returned for a touching performance of Mascagni's “Risveglio” (“Morning greeting”).

This had already made for a wonderful evening of music, but the closing number added smiles all around as Rossini’s comic duet for two cats was arranged so that all the Ryan Center members could get in a “miau” or two, while sporting kitty ears as well as whiskers on the face masks they peeled off their faces when it was their turn to sing. It was fun, it was silly, and it was thoroughly enjoyable.

The camerawork was always solid and at times very striking. For example, Reed at one point was filmed primarily in profile, with shots of the left side of his face in good light and shots of the right side were entirely in shadow, offering dramatic effect. The back of the stage appeared to show inner workings of the machinery. This was kept out of focus but used for effect, as different color lights were employed, sometimes placing a singer in the kind of passionate fire they might be conveying, or perhaps the dark blue of despair. It held your attention.

The stream concluded with a piano arrangement of the Overture to “The Barber of Seville” played buoyantly by Chris Reynolds as the credits rolled.

This recorded event is still available for free viewing. Visit lyricopera.org for more details, or view it on YouTube.