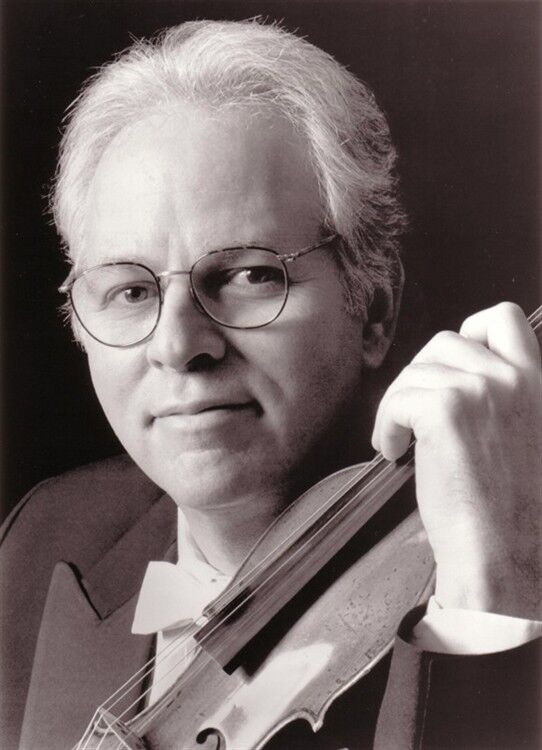 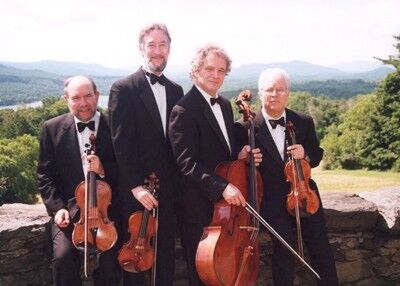 Joel Smirnoff (right) was concertmaster of the Juilliard String Quartet.

As a college student arriving from New York City, Joel Smirnoff came to Hyde Park seeking “a refuge from a musically saturated childhood.” Feeling a need to broaden his horizons, the violin prodigy chose history as a major.

“I wished to understand the world, to truly learn to think,” recalled Smirnoff, the son of a classical violinist and a jazz singer.

If the plan was to accomplish that by stepping back from music, it sure didn’t work. Arriving on the University of Chicago campus, Smirnoff ditched Orientation Week activity for a chance to meet a celebrated Italian composer who was here visiting the university’s Ralph Shapey. “Luigi Dallapiccola was this big famous composer and -- I got to talk with him!”

He was no less excited to be near Shapey, an even more adventurous composer whose every concert Smirnoff attended.

For the student, who saw Chicago’s ’68 riots from the perspective of a second year, “the new music captured the Zeitgeist of the time: the turbulence in society, the war, the assassinations, the gang violence and suffering in the ghetto. Shapey saw the composer as like a journalist or playwright, capturing the interactions around him.”

A World War II veteran, Shapey was protesting the Vietnam War with a moratorium on the performance of his own works. But he kept his ensemble busy playing new works by colleagues around the world. Hearing the work of Elliott Carter was eye-opening for Smirnoff. “Nobody could make head or tail of it.”

As much that delighted him, Smirnoff did not want to subsist entirely on classical perplexity, alienation and angst. He also wanted the blues.

And he got them — at Teresa’s at 48th & Indiana, at Pepper’s, at Rose Kelly’s, where blues artists came fresh from the South. Herbie Hancock had grown up in Hyde Park. Muddy Waters came to the U. of C.’s Folk Festival, and both he and Howlin’ Wolf hired the top classical string players in town when recording with a “full strings” sonority.

Soon Smirnoff was rolling up his sleeves to join the action. He started playing keys with the Paul Butterfield Blues Band, founded by children of Hyde Parkers. Within a couple of years, he was playing the violin frequently with the Grant Park and Lyric Opera orchestras. And when Thomas Wikman began giving concerts with Music of the Baroque, Smirnoff observed the action from its center.

“What made Music of the Baroque so special was mostly Tom and his big blue eyes,” joked Smirnoff, who would later study under Seiji Ozawa and become a conductor himself. “Most conductors have their heads buried in the score. But Tom knew the music so well… his eyes would wander around the orchestra, gathering everybody in. It was kind of marvelous.

Somehow, by 1971, Smirnoff found himself a UChicago dropout with a busy and lucrative career as a freelance violinist. Before long, he would complete bachelor’s and master’s degrees at the Juilliard School of Music. He would play in and conduct the Boston Symphony Orchestra, and run string studies at both Juilliard and Tanglewood. He would be concertmaster of the Juilliard Quartet for 11 years and, for eight, President of the Cleveland Institute of Music.

But the Hyde Park years were a joyful jumble of new experiences that could hardly be topped. Smirnoff recollects playing Handel’s “Messiah”for two local churches. The first was Rockefeller Chapel, with its imposing dimensions and solemn atmosphere. He was concertmaster, and he spent much of the afternoon “waiting for (Chicago Symphony star) Bud Herseth to blow ‘The Trumpet Shall Sound.’ ”

The second was a Black church on Pershing Road. There, the bigger star in “The Trumpet Shall Sound” was the legendary baritone William Warfield, whose performances always sparkled with energy and message. Singing about the raising of the dead, Warfield practically brought the church down: “People were testifying and yelling and screaming. It was like a Blues Brothers ‘Messiah’!”

Also lodged in memory is a dance in Bartlett Gym on the campus. Smirnoff was playing with the Butterfield Blues Band, “but there were some sax players there with the avant-garde jazz group AACM.” The styles and background cultures couldn’t have been more different… but the collaboration was satisfyingly real. “There was a kind of respect, a sense that we were all up against it as musicians, struggling for legitimacy.

“I had the sense that we were a little more respected in Chicago than elsewhere.”