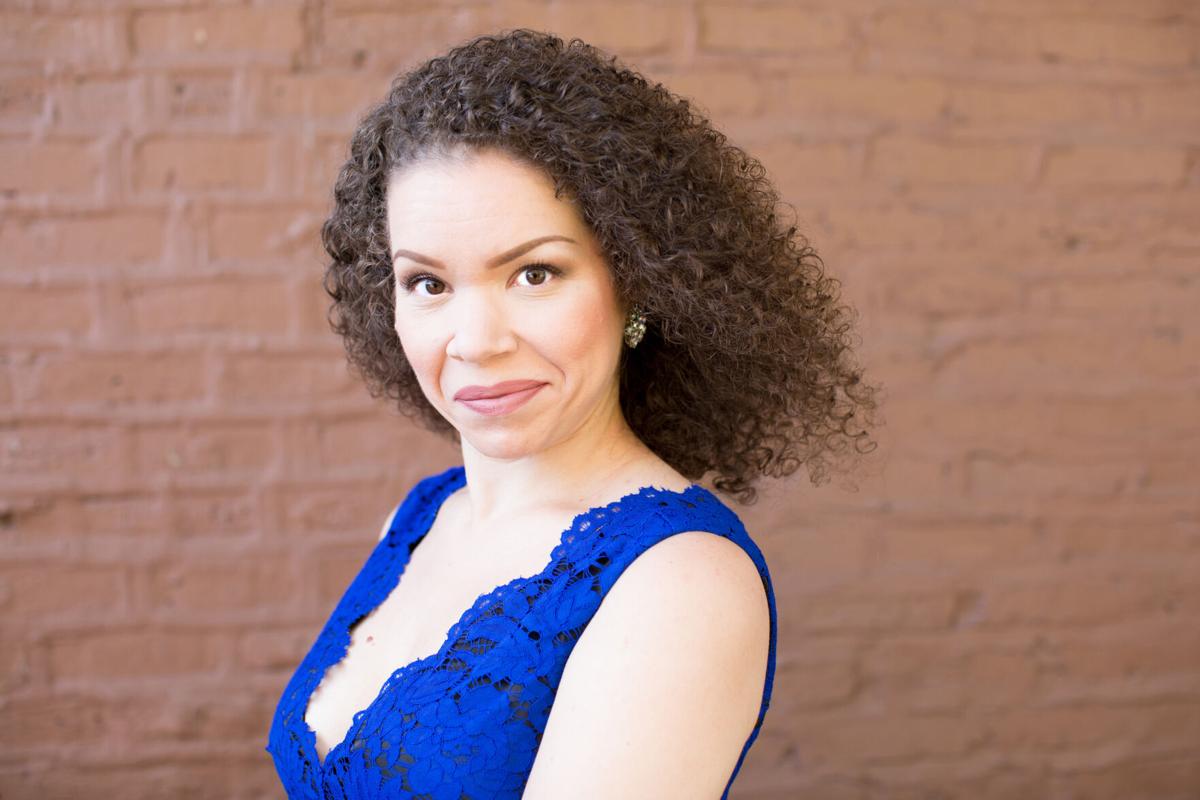 Chicago mezzo-soprano Leah Dexter will star in "Taking up Serpents" next year at Chicago Opera Theater. 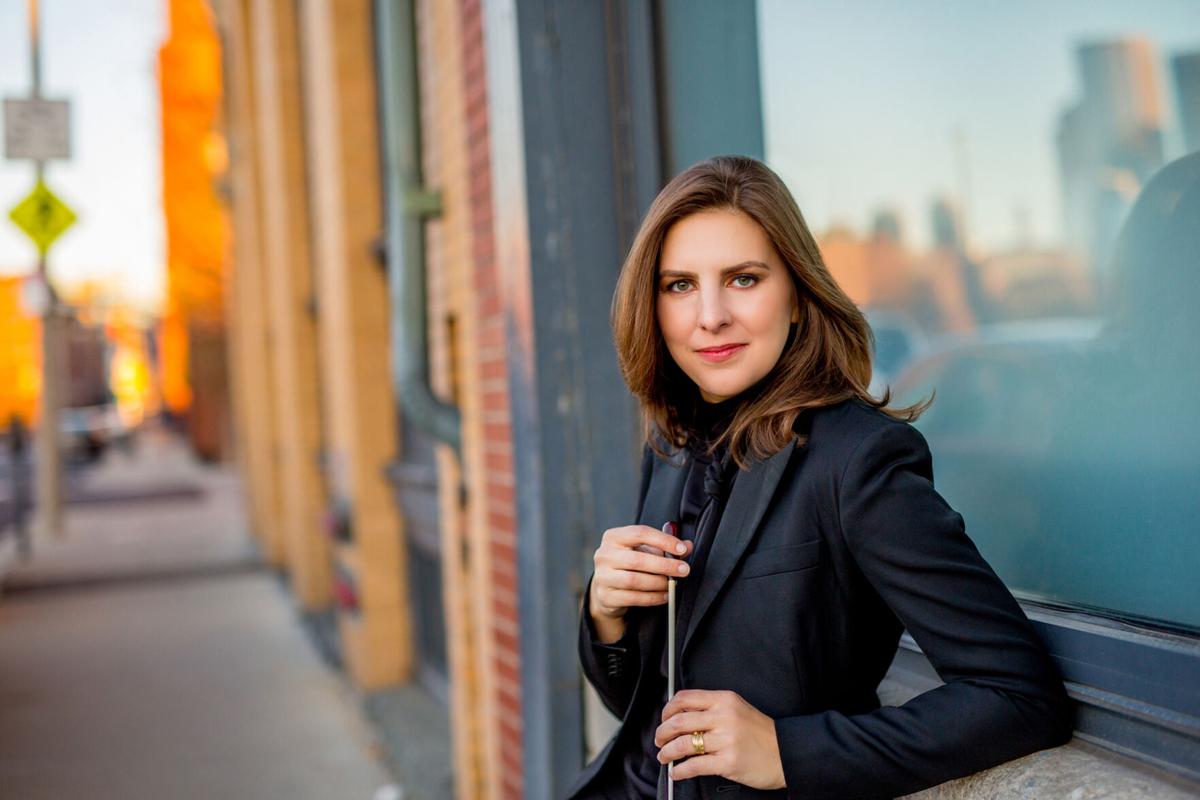 Chicago mezzo-soprano Leah Dexter will star in "Taking up Serpents" next year at Chicago Opera Theater.

In the world of opera and classical music the biggest effect of the coronavirus pandemic has been the shutting down of all live performances with an audience. But another huge effect has been the uncertainty of what will follow in not just the days and weeks ahead, but the months and years ahead. Will things change forever in ways we don’t yet know?

Chicago Opera Theater has taken a realistic yet optimistic approach to the future and recently held a streaming event to reveal its upcoming season. The three-opera season is made up of Chicago premieres, something fans of COT admire about our city’s second largest opera company.

The COT has accepted the uncertainty of the future and has baked some of that uncertainty into its programming of the 2020–21 season. This is most clearly evident in its decision to schedule its first opera of next season as a concert performance. This offers much greater flexibility to comply with future rules, and, since there will be no sets or costumes, no blocking or dancing, no need to rehearse scenes of clutching embrace or personal combat, this approach allows COT to more nimbly navigate future unknown rules, particularly those concerning social distancing on stage.

The first opera of COT’s upcoming season is “The Invisible City of Kitezh” by Rimsky-Korsakov. Its story is summarized by COT in a way that people can certainly relate to — it is about “a society coming together to fight off a threat while debating personal sacrifice for others.” The press release and the streaming reveal further explain the decision to jettison a fully-staged version: “COT’s production, which was intended to be the work’s first fully staged Russian-language performance by an American opera company, will now be adapted for a concert format to allow for any quick changes necessary to accommodate evolving COVID-era health guidelines.”

One of the currently planned aspects of this concert is that it will be done with a large, fully professional chorus expected to be socially distanced across the stage.

This will be the third opera in COT’s Russian series, which last year featured Rachmaninoff’s “Aleko” and the year before that Tchaikovsky’s “Iolanta.”

A concert performance is obviously a disappointment, as a fully staged version would be far more pleasing, but COT’s decision is smart, not only for its flexibility, but because it will significantly reduce costs. Opera is expensive to produce and opera companies around the world have been hit hard by the lack of performances and must scramble to keep their bottom lines from too much red ink.

“The Invisible City of Kitezh” stars Raquel González and Viktor Antipenko. It also features David Cangelosi, a long-time favorite of fans of Lyric Opera of Chicago, who will take on the role of Grishka Kuterma, who has a rare tenor mad scene. It takes place at the Harris Theater on Nov. 21 and 22 and will be conducted by COT music director Lidiya Yankovskaya.

The second opera of COT’s upcoming season is the intriguing “Taking Up Serpents,” a story set in a fundamentalist faith community in Appalachia. Indian-American Kamala Sankaram is the composer and the original story and libretto is by Chicagoan Jerre Dye.

It stars soprano Alexandra Loutsion as young Kayla, a preacher’s daughter who struggles with issues of faith and family. Her mother, the anchor of Kayla’s family, will be sung by a marvelous singer-actor, mezzo-soprano Leah Dexter.

COT reports that for this opera Sankaram has juxtaposed highly Romantic musical writing with Appalachian shape-note singing and unusual instrumentation — including electric guitar, whirly tubes, and waterphone. During the streaming reveal the composer, speaking from her home, displayed the last of these two instruments, and even showed a whirly tube, which looks like a swimming pool toy and flotation device, in action. It makes a whirring sound.

“Taking up Serpants” premiered at Washington National Opera, and the COT production will be a newly expanded version co-commissioned by COT and New York City’s On Site Opera, and will be the mainstage offering of COT’s Living Opera Series.

The three scheduled performances are on Feb. 20, 26, and 28 at the Studebaker Theater. Alison Moritz will direct, Yankovskaya will conduct, and the production will also star Michael Mayes.

The final opera in the 2020–21 season draws on the remarkable film by Michael Radford, “Il Postino,” the story of Chilean poet Pablo Neruda and a postman. The opera, with music and libretto by Danial Catán, has the same name and focuses on the nature of friendship and the importance of art during times of social upheaval. It will be sung in Spanish and is a co-production with Opera Southwest and Virginia Opera.

It stars Daniel Montenegro and David Lomelí, and it will be directed by Crystal Manich and conducted by Iván López Reynoso. Performances will be at the Studebaker Theater on Apr. 17, 22, and 25.

“Even as the world remains in a holding pattern, we are moving forward with the belief that opera truly is a living, resilient art form,” according to Ashley Magnus, COT’s general director. “COT’s next season embodies conviction, hope, and a renewed sense of connection in the face of adversity — values we are proud to both portray onstage and live as part of our community.”