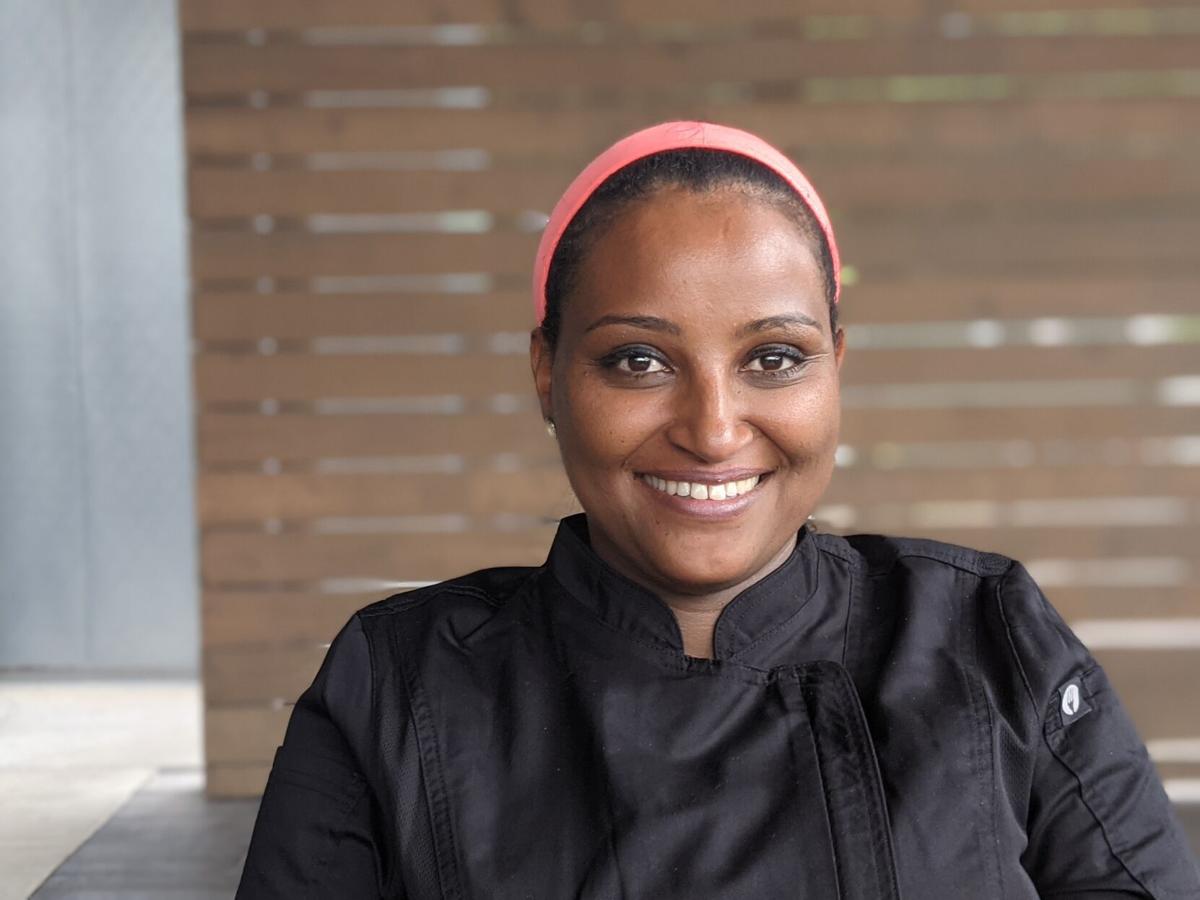 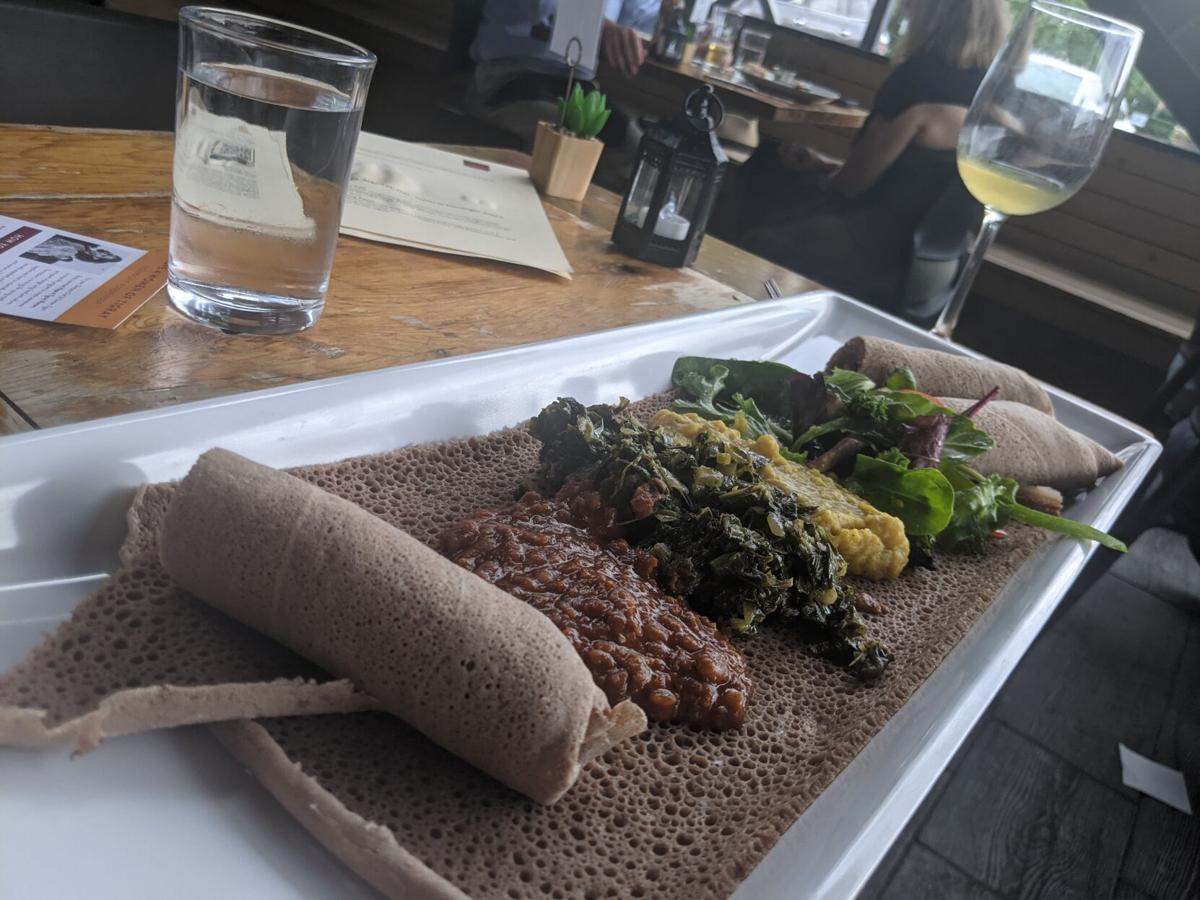 "Goden Tibs" (or grilled lamb chops), marinated in rosemary and served with a honey "awaze" sauce at the Demera pop-up at The Promontory 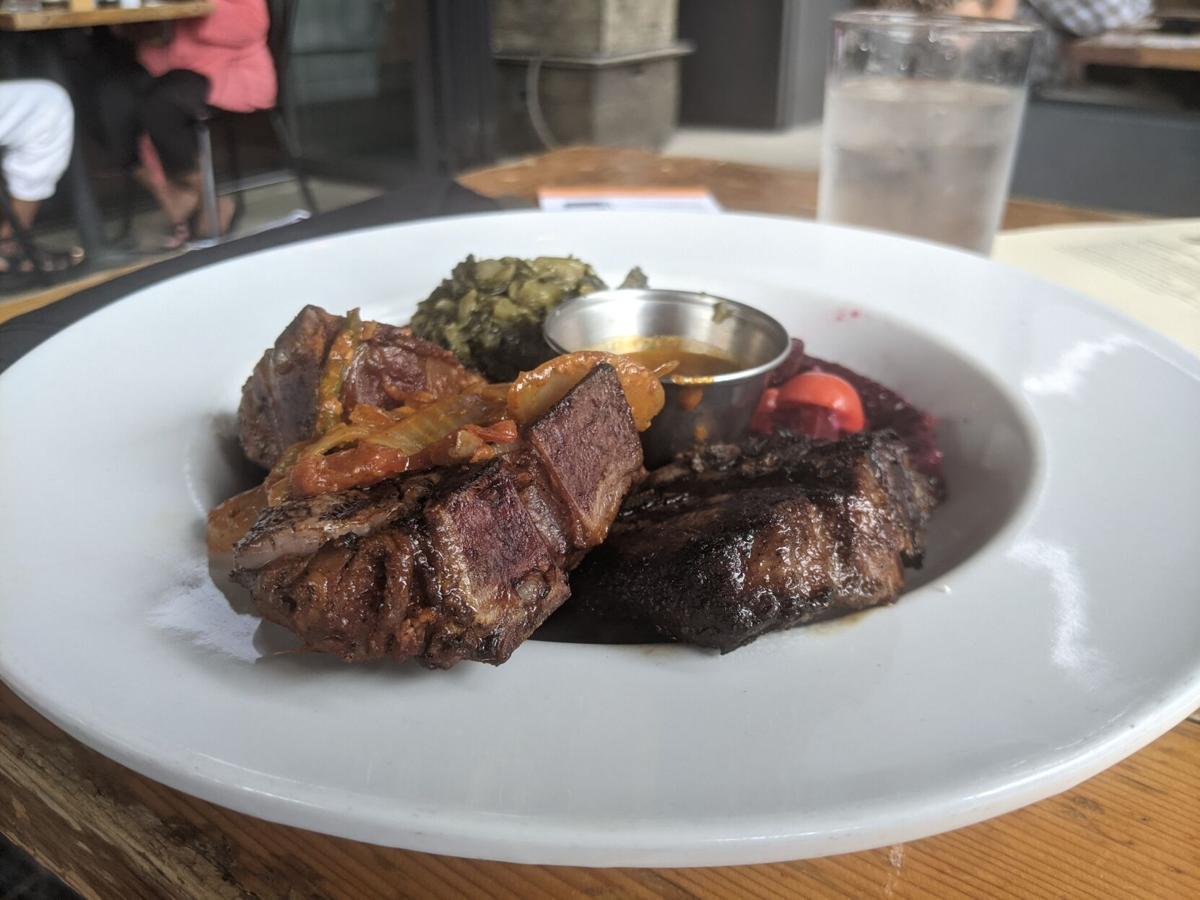 "Goden Tibs" (or grilled lamb chops), marinated in rosemary and served with a honey "awaze" sauce at the Demera pop-up at The Promontory

Demera, an Ethiopian restaurant in Uptown, has opened a pop-up restaurant at The Promontory, 5311 S. Lake Park Ave. W., and will be donating all of its proceeds there to victims of the civil war in Tigray. It is open for reservations and walk-ins until July 24.

Owner Tigist Reda estimates that she’s already raised more than $20,000 in funds for Tigray, and expects she will raise about $50,000 in total.

She said, “We’ve been packed. Last Thursday we started with 26 reservations and ended up with 100-something people. The interest has been amazing. People keep asking us 'Are you staying in Hyde Park?’ We are hoping to open a restaurant here.”

Reda is from Tigray, Ethiopia’s northernmost state, where her mother, siblings, and nieces and nephews still live. Last November, the region erupted into civil war, with the Tigray People’s Liberation Front fighting the Ethiopian and Eritrean militaries.

Reda said, “All of us are feeling helpless seeing our families suffer. We wanted to do something. When I had the opportunity here (at The Promontory), I had to do it. This is something near and dear to my heart.”

The New York Times reviewed a U.S. government report stating that the Ethiopian Military and its allies were “deliberately and efficiently rendering Western Tigray ethnically homogeneous through the organized use of force and intimidation”; more than 150 mass killings of people in Tigray had been recorded as of April. The Ethiopian Military has used rape as a weapon of war.

More than 2 million people in the region have already been displaced and are now living in poor conditions in refugee camps in Sudan.

Hoping to assist Tigrayans, particularly female victims of sex crimes, Reda linked up with the aid organization Healthcare Professionals Network for Tigray (HPN) shortly after the conflict began. She started her own non-profit, Hope 4 Tigray Women (H4TW), to raise funds for HPN and other causes.

H4TW will host a fundraising gala on Aug. 23 at The Lakewood, 1758 W. Lake St. Freweini Mebrahtu, founder of Mariam Seba Sanitary Products and 2019 CNN Hero of the Year, will be the keynote speaker.

Reda added that many of her customers at her Uptown location, 4801 N. Broadway, are from Hyde Park and that they have been asking her to open a South Side location for many years.

She has enlisted family and friends to volunteer as servers in the restaurant in a bid to raise as much money as possible for Tigray. Waitstaff wear “Hope 4 Tigray” T-shirts displaying the Tigray flag in the midst of yellow flowers.

Among these volunteers was one of the co-founders of HPN, Sela Gebremeskel. Gebremeskel spent her early childhood in a refugee camp near Khartoum, Sudan, having fled Tigray during an earlier conflict.

She explained that her organization sprang up rapidly as she corresponded with doctors on the ground in Tigray last number, learning what needs were among refugees fleeing to Sudan. She gathered together about 250 healthcare professionals, largely Tigrayan physicians, nurses, and pharmacists hailing from around the world, all working to move supplies to the region.

“Ninety percent of hospitals in Tigray have been looted or destroyed. The windows have been shattered and there are bullet holes everywhere.” Gebremeskel said. “We get needs assessments from each hospital and have learned that there’s a huge lack of insulin, and all kinds of medical supplies. To cauterize a bleeding knee or something, there’s a big lack of equipment for that kind of thing.”

Gebremeskel said that the process of gathering support for refugees in Tigray had drawn many members of the Tigrayan Diaspora together.

“In the U.S., we don’t identify as being from Tigray. We just say we’re Ethiopians,” she said. “But this war has brought Tigrayan out of people and connected people from all over the world. Though we met at the start of the war, I felt like I knew these Tigrayans all my life.”

Demera’s three-course menu ($35/person, offered in both vegetarian and non-vegetarian options) at The Promontory is superb, especially when paired with the house-made Ethiopian honey wine, Tej — a complex, fruity drink with a tingling bite.

The main course comes out on a long horizontal plate, itself bedecked with injera, a traditional Ethiopian flatbread made from teff flour or sorghum. Thin, spongey, with a sour flavor like a strong sourdough, the injera is intended to be picked up and used to move the stews laid out on top of it.

The flavors of each vegetable dish complement each other in a manner similar to their earth-tone colors, with variations of spicy earthiness from the red lentils complementing the slightly bitter taste of the collard greens and the creaminess of the yellow lentils.

In addition to the three-course menu is a bar menu with “goden tibs”, or grilled lamb chops, ($27) and whole-fried branzino fish ($29) — dishes not on offer in Demera’s Uptown restaurant. The lamb chops were grilled a perfect medium-rare and served with a remarkably complex spicy-savory honey “awaze” sauce.

Rosemary melded into the marbled surface of the lamb — the sauce was good enough to drink. For dessert, there was a lovely coconut-almond chocolate tart with macerated raspberries.